If my Twitter feed was anything to go by (as all such ‘Best of’ lists should) the recent publication of the Top 50 Gastro Pubs (see here) prompted a great deal of debate.

The general consensus seemed to be that, whilst it was great to see the North West represented with Nigel Haworth’s ‘Three Fishes’, ‘The Cartford Inn’ and ‘Freemasons at Wiswell’ there were also notable absences…

Also receiving nomination as the MFDF's ‘Food Pub of the Year’ was The Red Lion. Owned and operated by Steve Pilling and Chef Simon Stanley, the partnership also brought us Damson in Heaton Moor and the shiny new Damson (that I have yet to visit) in MediaCityUK. 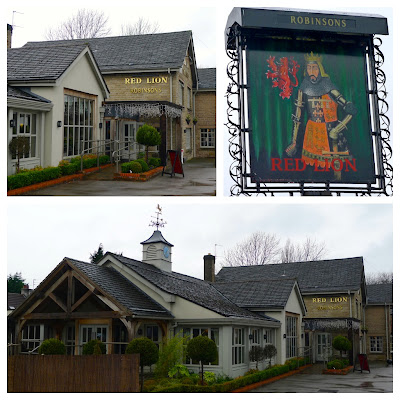 On the 4½ mile journey from The Red Lion back to my house, I passed no less than twenty three other pubs. Of course, I have not eaten at all of these establishments and based on reputation alone, I have no reason to suspect that the food they serve is any better than The Red Lion's; in fact, I would expect them to be considerably worse.

So, if The Red Lion is 'the best' (or one of the best) gastropubs in the locality… why then did I not  fully enjoy my recent meal there?

Let me begin by saying: something that saddens me is, there generally seems to be a huge shortage of pubs serving truly good pub grub!

In my opinion, in the North West, just the few mentioned above and perhaps a short list of others are truly at the top of their game (many need to up their game and some are unquestionably out of the game altogether!) 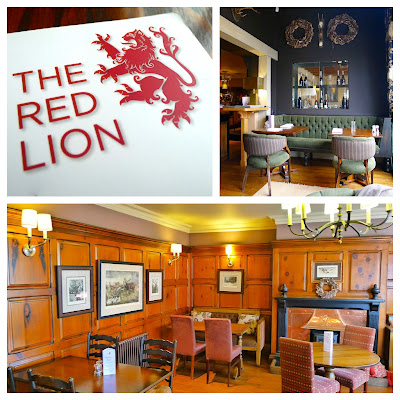 One problem that I know happens with some ‘gastropubs’ who do try and ‘up their game’ is that they think the best way to do this is by employing a former restaurant chef who thinks he is the ‘Heir of Blumenthal’. These chefs often come in with all their ‘creativity’ and wacky flavour combinations that simply don’t work.

Conversely, what also can happen is a situation when a good chef will leave a pub kitchen to go for a job in a restaurant because they want more ‘pan work’ or classical training.

Both of these scenarios result in one thing… we end up with a severe lack of chefs who are truly passionate about cooking what should  be our 'national cuisine' – decent pub grub!

My ‘problem’ with The Red Lion is a slightly different one… I believe that The Red Lion knows it’s the best in the area and, as such, it seems to me as though they think, ‘Why try harder?’ 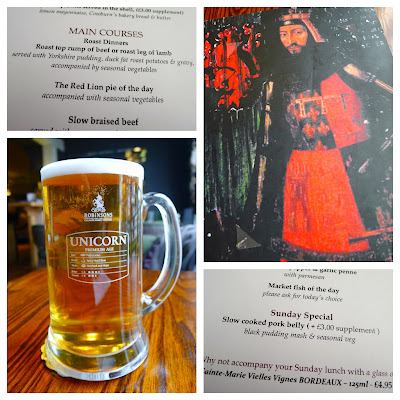 As a Primary School Teacher, a phrase I hear over and over again is, ‘Is this ok, Sir?’ To me this isn’t far from, 'Will this do?' or 'Can I get away with just doing this?'

What I want from the kids (and from pubs and restaurants) is not a ‘Will this suffice?’ attitude… but a ‘Check this!’ attitude… ‘Look how good this is!’

So what was awful about The Red Lion? What was disgusting? What was inedible? How bad was the service? How filthy was the dining room?

The truth is... nothing was awful; nothing was disgusting; nothing was inedible; staff were friendly, swift, knowledgeable and attentive and the décor, cleanliness and ambience were top notch.

For my starter, I selected the Half pint of prawns served in the shell, lemon mayonnaise with Cowburns bakery bread & butter. This was ok. I’m not quite sure why such a small portion of frozen prawns would justify the £3 supplement over the ingredients on the other starters. 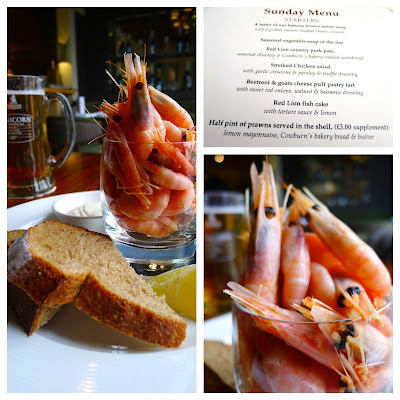 For my main, Slow Cooked Pork Belly with black pudding mash and seasonal veg. The veg including delicious seasonal kale was well cooked. The pork was juicy and flavoursome. On the downside, the ‘crackling’ that had been removed to crispen, had not fully crispened. Disappointing too was the mash and gravy, both of which I found lacklustre. 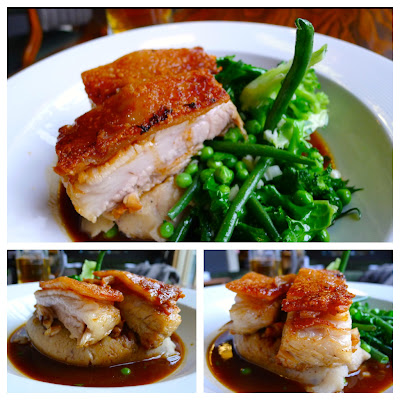 Maybe things would pick up with dessert? Surely can you can’t go wrong with Sticky toffee pudding, butterscotch sauce and vanilla ice cream? 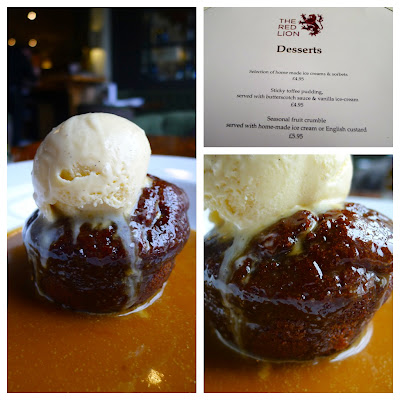 If you want to know how to balls-up a sticky toffee pudding, follow these simple steps:
1. Balance a tiny scoop of rock hard ice cream on top of a small portion of pudding. (Average quality will do… it doesn’t have to wow.)
2. Place in a chilled bowl so that the warm butterscotch sauce is nice and cold by the time it reaches the diner.

I always insist that I don't write reviews, but I know people use this blog as such. Therefore, if you are reading this to find the best local gastropub, The Red Lion is undoubtedly it… but for me it’s a long way from being making that 50 best list.