Back in the early nineties, a mate’s cousin was the lead singer in an ‘anarcho-punk’ outfit ‘Back To The Planet’. With a ragtag bunch of soap-dodging friends, I spent much of the summer of ‘92 following them and the likes of Spiral Tribe and Bedlam Sound System around various ‘free parties’.

Over the years, my love of the music has never waned but the thought of dancing around in a muddy field has somehow lost all of its appeal. I could blame the Criminal Justice & Public Order Act 1994 for putting an end to all our ‘fun’ but, in reality, I finished University, got a proper job and grew up (and became a whole lot snobbier).

If I wanted to appear all arty and hipsteresque, I’d say I stopped going to festivals like Glastonbury when they built a fence and became ‘commercialised’ but, truth be told, I vowed I’d never return until Michael Eavis builds a five star hotel in one of his cow fields. (I wouldn’t want to get mud on my Hunter Wellies now, would I?)

For me, the one thing worse than the notorious toilet arrangements back then was the festival food. 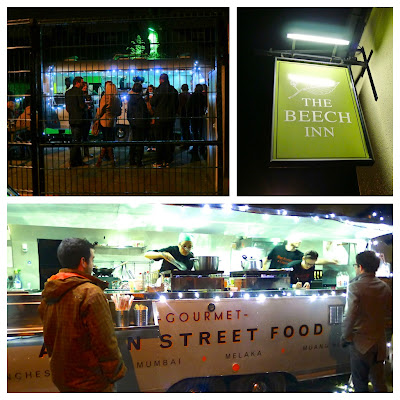 When travelling in Asia, street food is very much on my menu but here in Blighty roadside vendors have not always enjoyed the best reputations for cleanliness, quality of ingredients or value for money.

Putting things right, in recent years a few pioneering purveyors of quality festival end event catering (such as the folk at Northern Street Eats - see here) have raised the bar when it comes to great tasting street foods!

What’s more, the good news is you now won’t have to schlep to a festival, event or food market to find all of these excellent ‘street traders’. 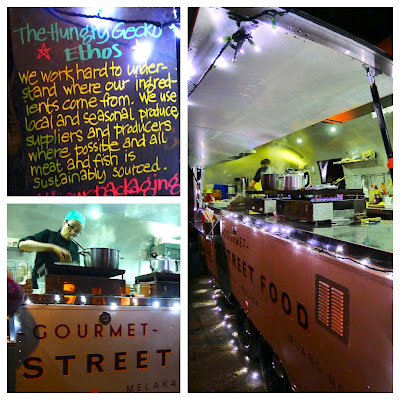 MasterChef 2011 finalist, Jackie Kearney (aka The Hungry Gecko) has found a 'permanent' birth, behind The Beech Inn (Chorlton), for ‘Barbarella’ - her magnificent 23ft Retro Rocket Kitchen-caravan.

Jackie will be serving her gourmet Asian street food from the garden at The Beech Inn from 4pm on Fridays, and from 12pm on Saturdays and Sundays. I popped along on her first night and was truly impressed.

There was a great festival-like vibe inside the Beech’s beer garden and the food was spot on. (Another plus was being able get decent ales and alike in proper glasses; as opposed to the nasty warm stuff in plastic cups that is more common when outside dining is concerned.) 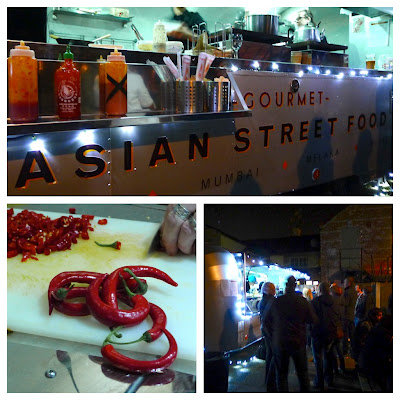 On my own, I initially ordered just two dishes - a Paneer Shashlik Roti Wrap and a Nasi Goreng. 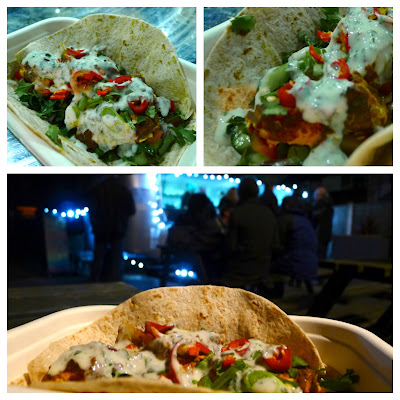 Paneer Shashlik Roti Wrap - spicy marinated fresh paneer with cachumba salad with coriander chutney & raita (V). The homemade, super fresh and light paneer was some of the best I’ve had. The shashlik marinate was also excellent – a good level and balance of spices with a delicious note of tamarind. 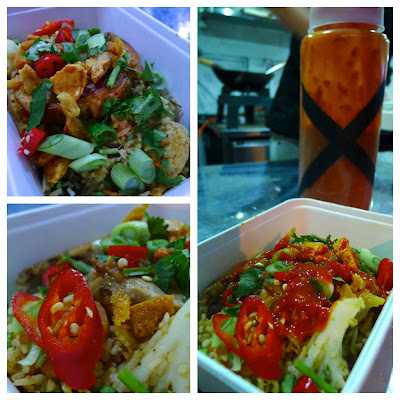 Nasi Goreng - Indonesian egg fried rice with free range eggs & veg (V), served with 5 spice pork belly. This was an excellent Nasi (as good as any I ate in Indonesia) – a superb synergy of spice, garlic and seasonings. I loved that the cauliflower retained some crunch. The five spice filled pork roulade had obviously been slow cooked for some time and the crackling was to die for! 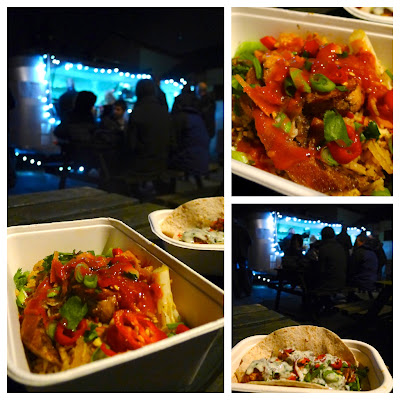 Impressed with my first two dishes, I couldn’t leave knowing that I’d not be able to make it back until next week, so I queued once more for a Sloppy Joe Rendang and a Smoked Tofu Murtabak. 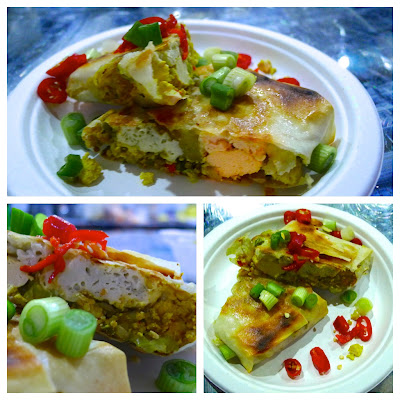 Smoked Tofu Murtabak - Malaysian spiced crisp pancake stuffed with new potatoes, spring onion omelette, served with sweet chilli sauce (V). The Murtabak was also available with Whitby Crab as a filling but I’m glad I went for the smoky tofu. Fresh from the oven, it was bursting with flavour. A generous scattering of spring onion and fresh chillies added a great kick! 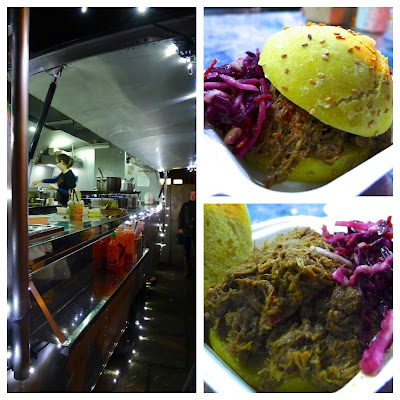 Sloppy Joe Rendang - grass fed Cheshire beef with coconut & lemongrass, in turmeric roll, served with Asian 'slaw. Be warned:  the Sloppy Joe Rendang does what it says on the tin – it’s a real chin dribbler! The bread roll by Trove (see here) was gorgeous and held up well to the wet filling. For me though, the Rendang could’ve had a greater depth of flavour and spice. It needed the added Sriracha Hot Sauce. The fish sauce in the Asian 'slaw also overpowered.

I’ll certainly be there at some point next weekend, sampling the rest of the menu… hope to see you there!