North Tea Power is a tearoom, coffee shop and café located on the raised strip of shops on Manchester’s Tib St (opposite Church St car park and Affleck’s Palace.) 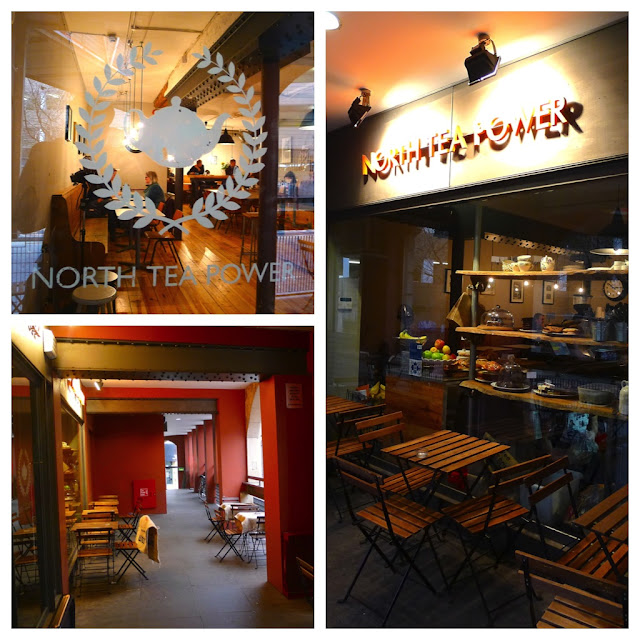 As well as tea and coffee, they sell a selection of beers and other beverages. They have a range of homemade cakes (though not made by themselves as they don’t have a kitchen) and sandwiches, croissants teacakes etc.

Real tea connoisseurs won’t be overawed by the selection. For example, they currently offer just one Oolong, whereas London’s Yauatcha (which I have just posted about – here) has in excess of twenty Oolongs on its menu. That said, there is still probably something that will interest the majority tea drinkers. 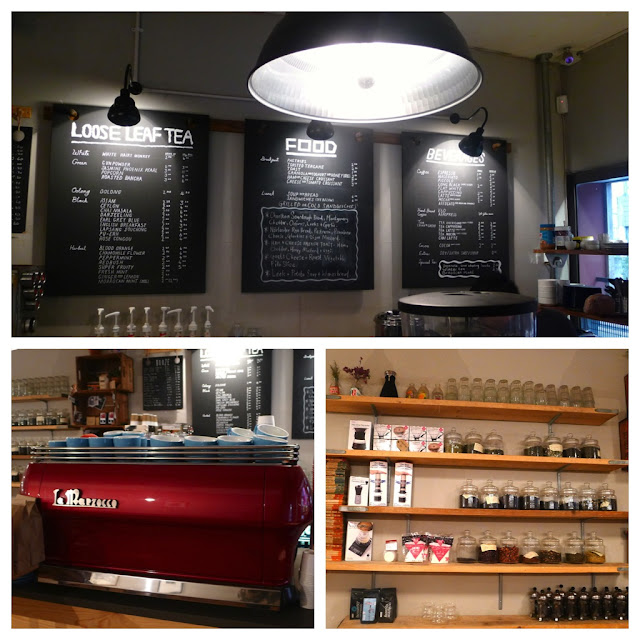 They recently made it into The Independent’s list of the UK’s ‘50 Best Coffee Shops’ and were voted 'Best Independent Coffee Bar and Tea Shop' at the 2012 Manchester Food and Drink Awards. 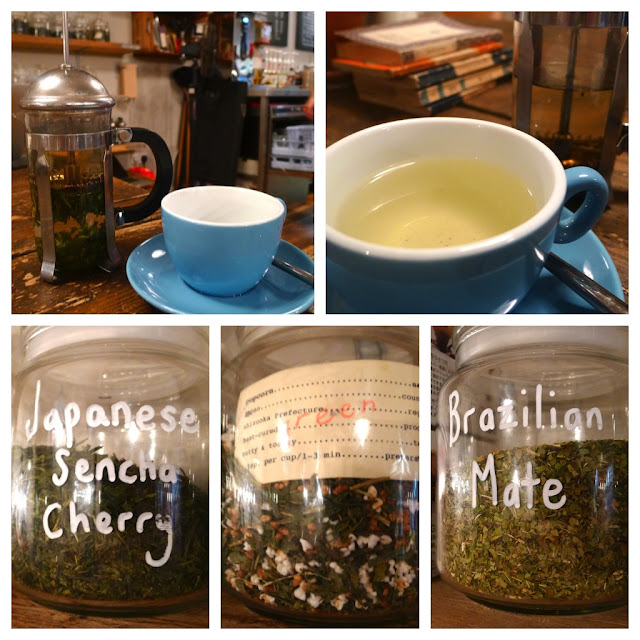 Not generally a fan of any teas with added flavours, unusually I selected the Japanese Sour Cherry Sencha from their specials menu. It came in a Cafetière, which disappointed me a little as I find there is something uniquely righteous about a teapot. The water was not too hot and the tea, although not to my usual taste was pleasantly different. 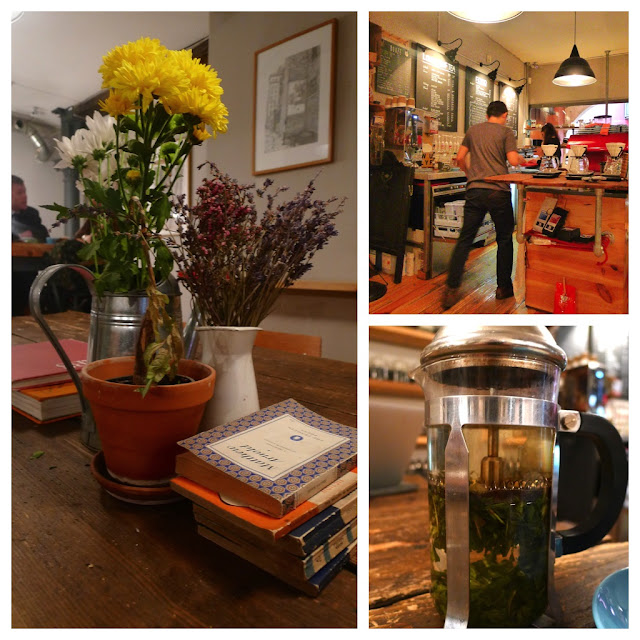 For brunch, I fancied the Nörlander Rye Bread, Pastrami, Provolone Cheese, Gherkin and Dijon Mustard sandwich but had arrived before their bread delivery. Instead I opted for the warm Ham & Cheese Croissant (and a couple of cakes). 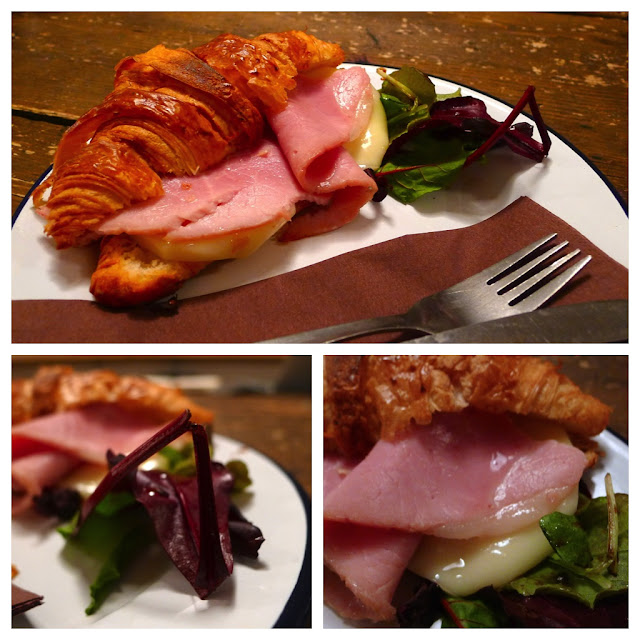 The Croissant tasted fresh and the ham and cheese were decent quality for just £3.50. A balsamic dressed salad on the side was a nice little touch.

The cakes were very good. The Carrot Cake looked a little underdone but it was deliciously moist with great frosting and a pleasant surprise in the form of cranberries. 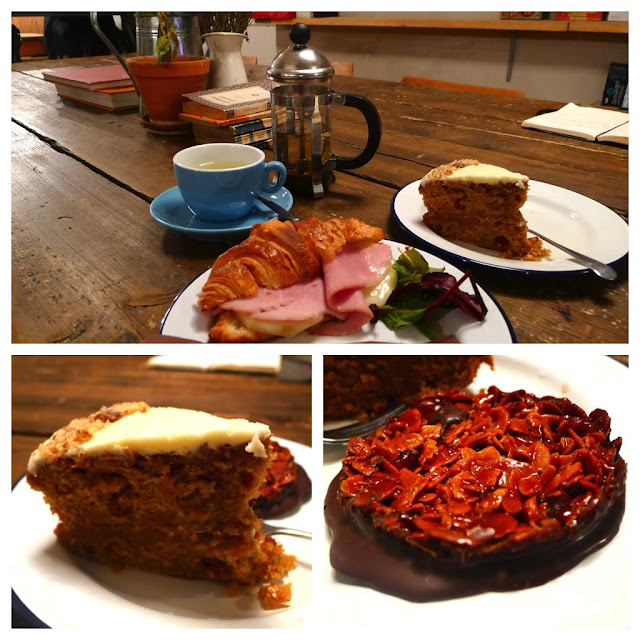 The Florentine was great too: I’m disappointed when Florentines are too dry and brittle - this one was gooey, nutty and fruity with a thick chocolate layer!

As I left and walked towards Market Street, it staggered me how many people were in Costa, Café Nero and the tax-dodging Starbucks –Personally I’d always take North Tea Power over any of these chains!