For a few years now I have kept ‘pet’ chickens. I currently have three: a Black Rock called KiKi; a Maran called FiFi and another Black Rock called CiCi (their initials spelling KFC). As a result, I have a ready supply of fresh eggs (enough for my needs, as well as occasional spares for neighbours and grateful work colleagues).

Having these delicious free-range eggs available to me every day, I rarely eat breakfast out. It’s also rare that I am in Manchester early, so having heard good things about the breakfasts as Trof I thought I’d check out their “Full English”. 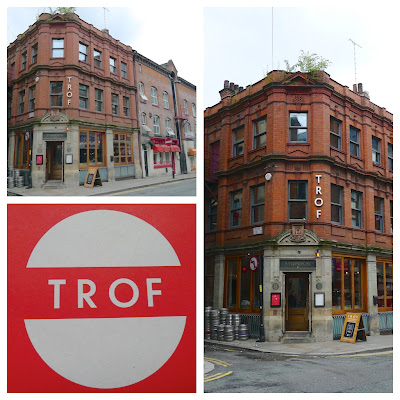 What they say: ‘A dandyish den of opulence. The kind of place where you can hang out day or night, access the wifi with a big slice of cake and a frothy coffee, munch on breakfasts and burgers, sandwiches and salads and/or sample the extensive and exquisite beer menu, sophisticated selection of spirits and wines to make you go woozy.’ – I’d agree with that.
What I ate: 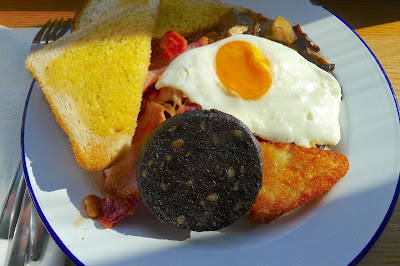 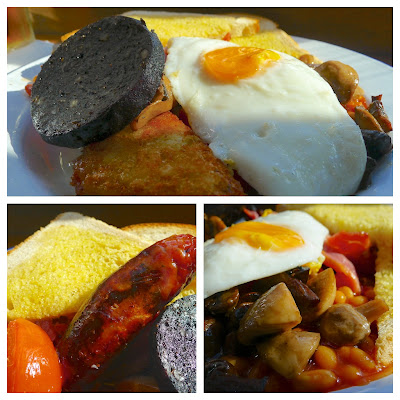 This was a good quality fried breakfast – each of the components had been cooked with care. The sausage was particularly tasty. 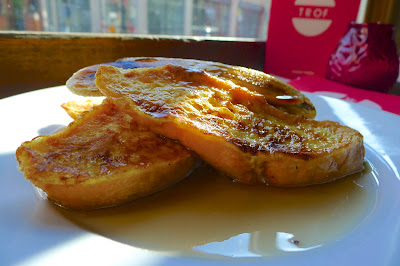 As mentioned I was almost swayed by the Belgian Waffles but instead opted for the French Toast - served with ‘torched bananas’ and ‘cinnamon butter’. 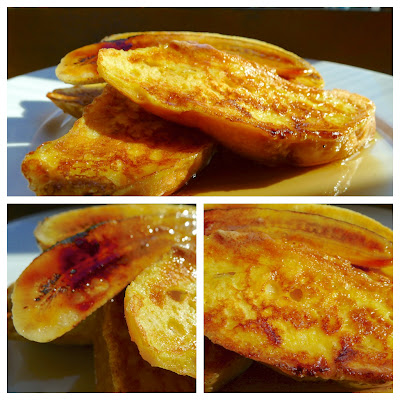 I’m not a huge fan of bananas and would have preferred there to be seasonal berries or some kind of fruit compote option. 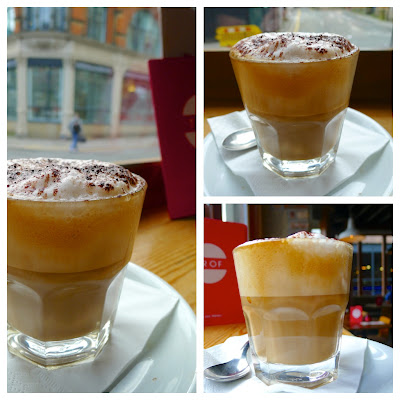 Cappuccino – good quality but I’m not a fan of the glassware.

Food high points: the French Toast itself was well prepared – if there was a berry option I’d definitely try to get into Manchester early more often. 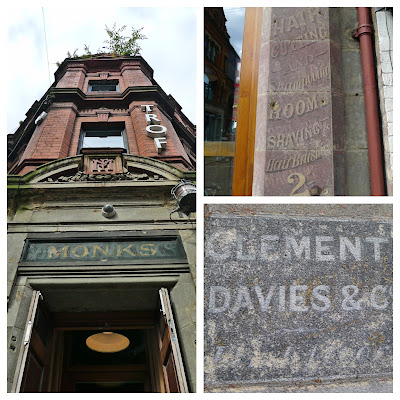 Food low points: banana as a topping on the toast was always going to be a disadvantage but I would have liked it better with a little extra cinnamon and a more viscous syrup. 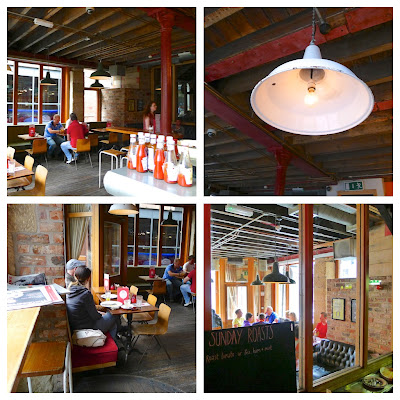 Décor / ambience: Making good use of one of the Northern Quarter’s fine Victorian buildings, I particularly liked the way Trof had preserved much of the character and history of the premises. Exposed brickwork, well worn Chesterfields, a retro Jukebox and a moose head on the wall = hipster heaven! 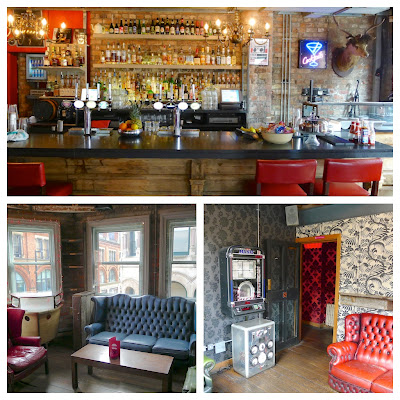 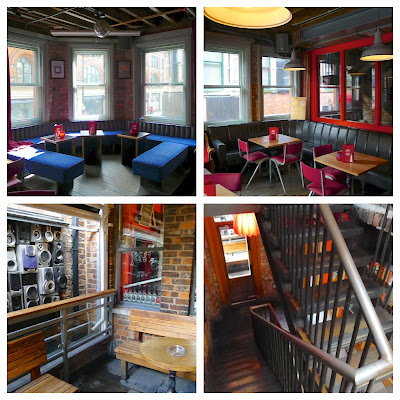 Verdict (Would I return?): I think the place would be a little too ‘hip’ for me in the evenings… but I’d definitely pop back for brekkie and maybe even a lunch.