Long before Mancini and Balotelli arrived in the blue half of the City, many Italians had made Manchester their home. So much so that in the latter half of the 19th century the Ancoats area became known as Little Italy (a name that is still used on occasion today – think of the new Northern Quarter restaurant SoLita that refers to its location ‘South of Little Italy’).

Many of the early Italian migrants made their fortunes with ice-cream – the Acaros and Roccas were amongst the first. Many others soon followed, including Granellis and, perhaps most famously, the Scapaticcis who have operated an ice cream cart (now a fancy pod) on Manchester’s Market Street since the Victorian times.

Families, such as the Cabrellis began to expand on their ice-cream businesses by importing fine Italian wines, foods and, of course, by opening Osterias, Trattorias and Ristorantes.

With its strong Italian heritage, Manchester now has more than its fair share of pizzerias and pasta palaces – some of them good, most of them average at best. At the time of posting, Urbanspoon for  Manchester (see here) lists 210 Italian eateries – and according to this source San Carlo is the most popular. 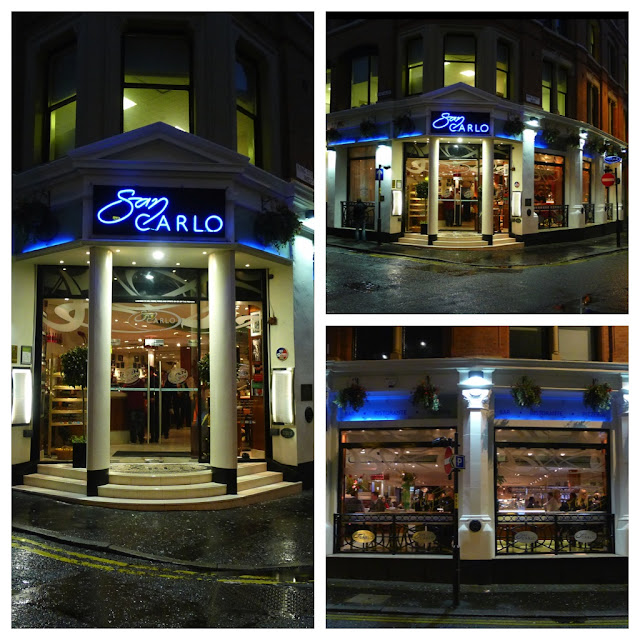 Popular is the operative word as San Carlo is well known as favourite haunt of ‘celebrities’ – photos of footballers and their WAGs; Corrie stars and even John Prescott adorn the walls. For some, this is seen as a good thing.

Personally, I am not too mithered to know what Kym March shoves into her cake hole and I don’t like the whole, “look at our special celebrity diners” ethos (think Jay from The Inbetweeners, “Ooh, special guests”.) Cheesy as it sounds, I’d much rather frequent a restaurant where all guests are made to feel special – not just the ones worthy of making ‘the wall’. 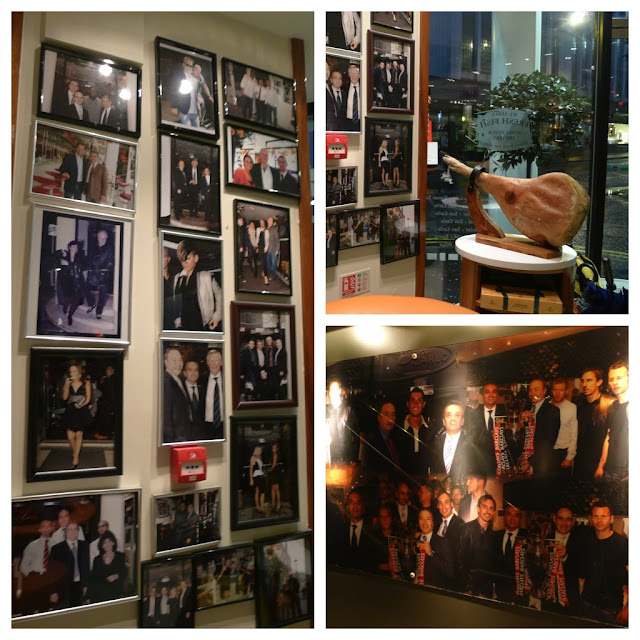 My lowly "pleb" status was further made evident as I was inconveniently and uncomfortably seated next to their dusty, toothpick shelf – I’m pretty sure, Sir Alex would not have been given this seat. Obviously my money is not as good as Fergie’s so I left before extra time and had dessert down the road. 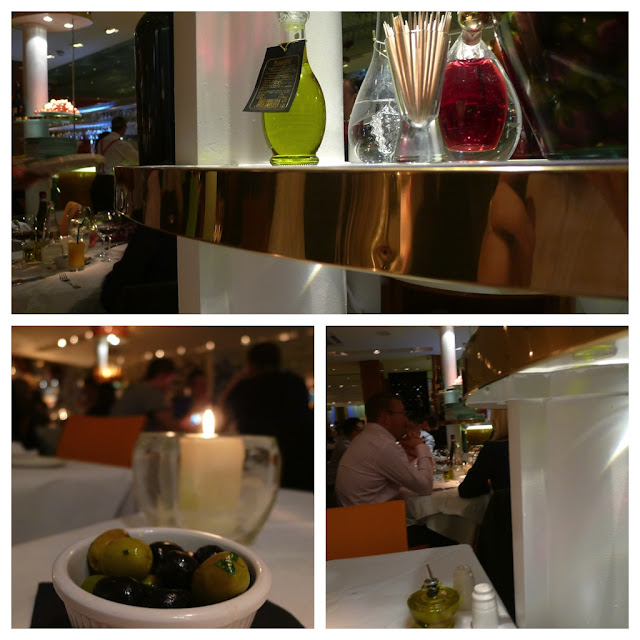 What they say: ‘Set in the hub of Manchester’s King Street-West, this brand-new concept restaurant is a feather in the cap of the San Carlo Group’s award-winning chain of Italian restaurants.’

‘A departure from the regular San Carlo formula, the dining room boasts an open, light and airy all-white space with red accents, and a stylish bar and lounge area perfect for pre dinner drinks.’

On arrival there are cheap olives on the table – it seems wrong to knock something that is free but personally I’d rather pay and get decent olives; especially in an Italian restaurant. This place is supposed to be the best. 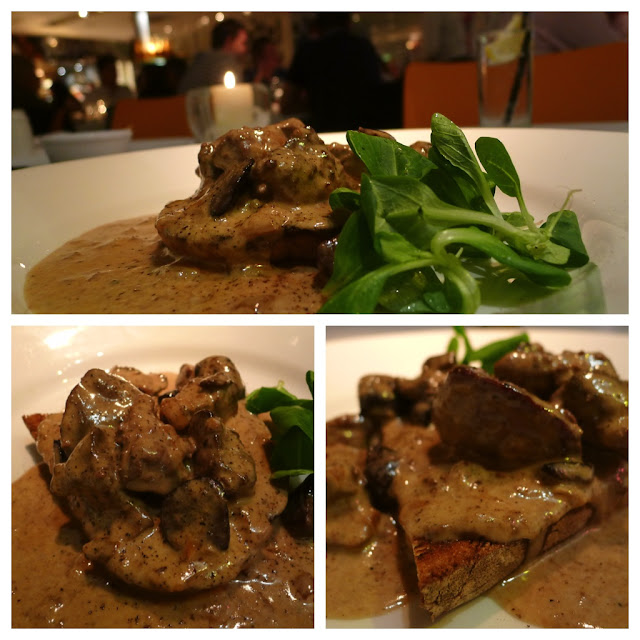 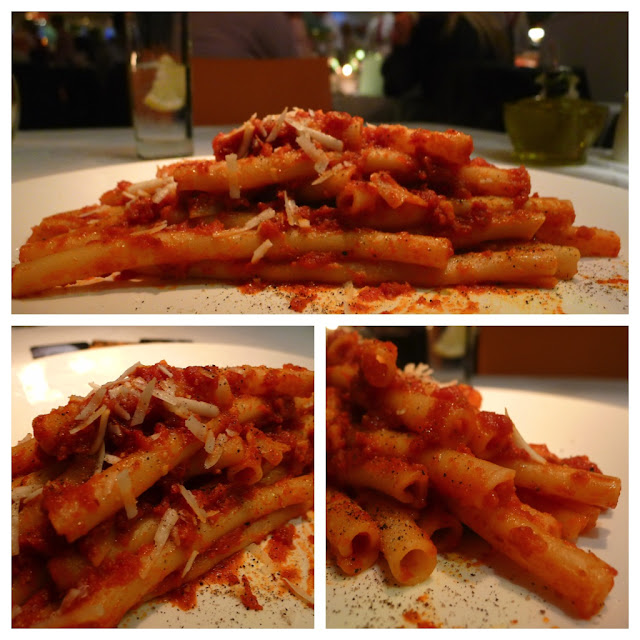 Zitoni Toscanini – long pasta tubes with Tuscan spiced sausage, extra virgin olive oil, fresh tomatoes and Tuscan pecorino (A favourite of the great Maestro Toscanini). I found this dish bland in flavour aside from the tomato – an apparent lack of seasoning meant that the spiced Tuscan sausage failed to deliver on flavour. 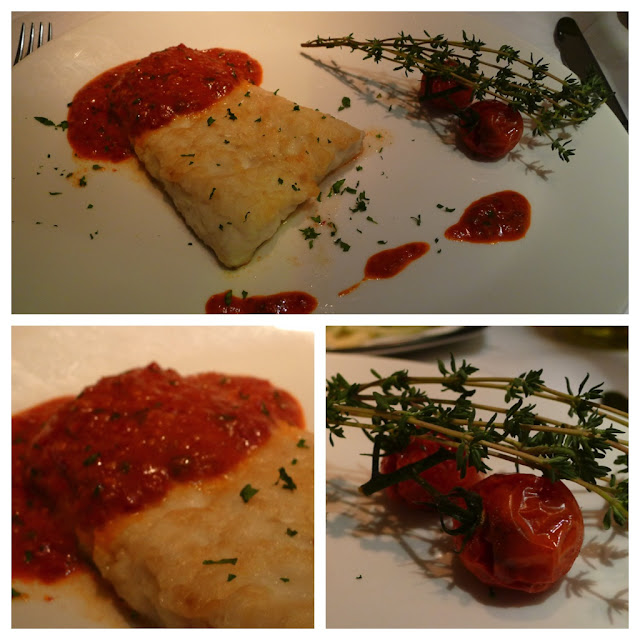 Nasello con Nduja – pan fried hake fillet with soft spicy Calabrian ground sausage (Nduja). This was the dish of the day for me – the spicy Nduja sausage having been cooked down into a wonderfully spicy complex tasting sauce.

Zucchine Fritte – fried courgette sticks; these were perfectly acceptable to me and I loved the fact that a fried whitebait had been hidden within… not so sure how well this would have gone down with a vegetarian diner; a bit of a fishy faux pas on their behalf. 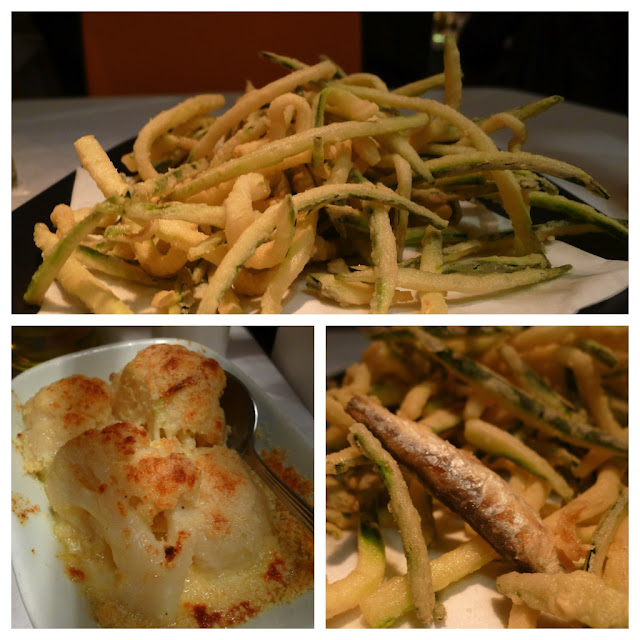 Food high points: the only food that really deserves special attention was the hake. I found it to be very well cooked and well seasoned but it was the wonderful rich, spicy Nduja sausage sauce that made the dish. The cauliflower dish was also good.

Food low points: no major low points with the food; I’d say I had two mediocre dishes with one good main and one mediocre side with one good. Food wise, I expected better.

Décor / ambience: there is a real buzzy atmosphere in San Carlo – probably its strongest point for me. Although, as previously mentioned,  I was sat next to the column with the shelf intruding into my head space; feeling uncomfortable, I left without having had dessert or coffee. 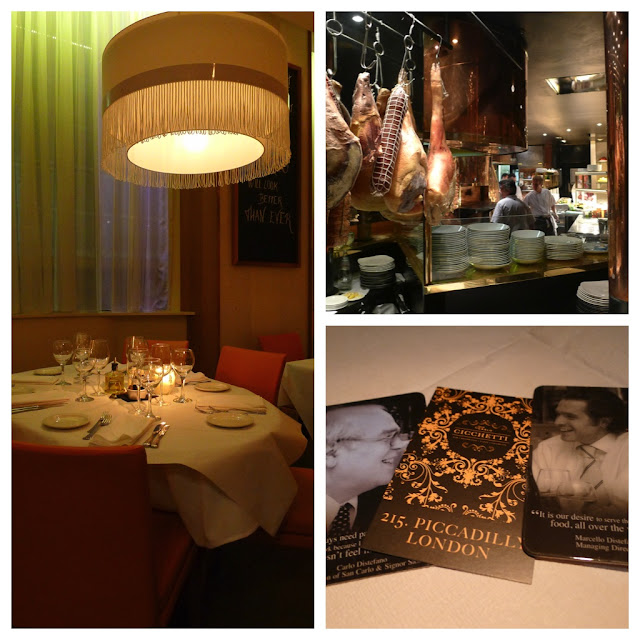 Service: The way the army of red braced waiting staff and suited managers flit around the tightly packed tables somehow does make for an overall positive vibe - if you are a VIP or a regular, expect excellent service.

If not, I’d suggest you spend your money somewhere where you are more welcome and that serves better food – there are a lot of Italian restaurants in Manchester and the imminent re-launch of Rustica as Italia just the other side of Kendal’s promises to deliver on both food and welcome.

Verdict (Would I return?): I’d love to be welcomed back when I finally achieve my dream of becoming a professional footballer or get that part in Coronation Street.