The River Bar and Restaurant at The Lowry

Named after L.S. Lowry, one of Manchester’s most celebrated artists, this Five Star Lowry Hotel is widely considered to be one of the city’s most luxurious hotels – it seems fitting then, that its ‘River Bar and Restaurant’ should be one of the region’s finest restaurants. 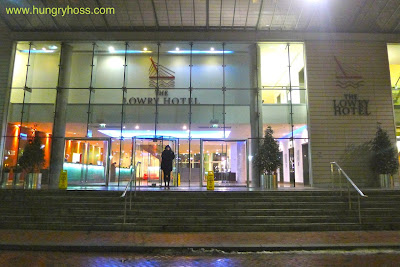 Serving modern British food with a French and international influence, the restaurant is named, due to its waterside location overlooking Calatrava’s Trinity Bridge and the River Irwell that forms the boundary between Manchester and Salford. 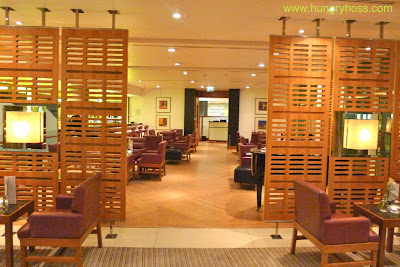 The River Bar and Restaurant has been on my ‘to do’ list for quite some time but recently, when I discovered that last year, American born Ryan Murphy left his position at London’s Savoy to become the Executive Chef I was more keen than ever to try the food. 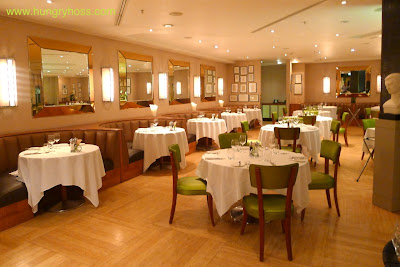 As well as the Savoy, Ryan has worked in Michelin starred establishments in Austria and Sweden and also in New York for three chefs whose food I have eaten and loved, namely Alain Ducasse at Essex House, Jean-Georges at the Trump Tower and Daniel Boulud. 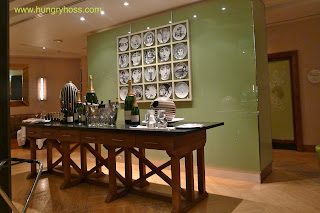 Hotel dining rooms are not generally my favourite restaurant settings but The River Restaurant, although spacious, cleverly retained its intimacy. With its gold-framed mirrors, green leather chairs, curved bronze leather banquettes and formally laid tables, I found the setting to be a harmonious balance of traditional luxury and modern touches – I particularly liked the wall mounted plate display. 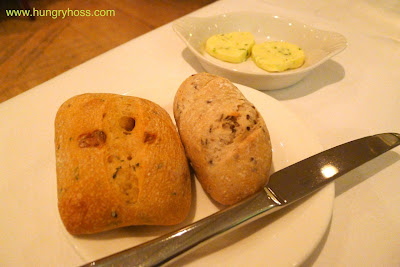 The meal started with a delicious selection of warm breads, including a white, granary, olive and tomato - all served with terrific and tasty tarragon butter. 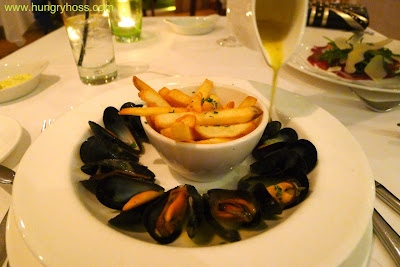 Both of our starters were the most disappointing parts of the meal. For my starter, I selected “Moules & Frites” – there was nothing particularly special about the bowl of pommes frites or black mussels but the accompanying saucière of glossy Champagne Butter Sauce was delicious. 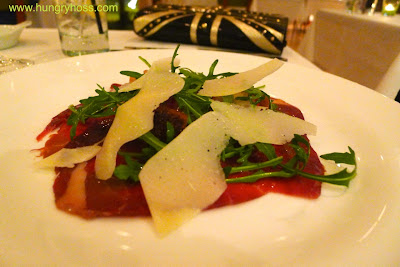 My wife selected Bresaola with a Parmesan & Lemon Dressing - for £10.50, I’d have expected a higher quality bresaola and the lemon dressing was nowhere near lemony enough for either of out tastes. 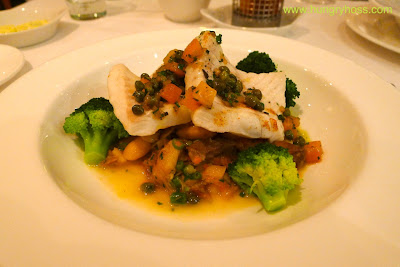 Our mains were much more pleasing (although a little more rustic and less contemporary than anticipated.) I opted for the Poached Turbot Filet with bean ragù and sauce vierge – the bean ragu was superbly flavoursome and the turbot well cooked; the caper berries lifted the whole dish. 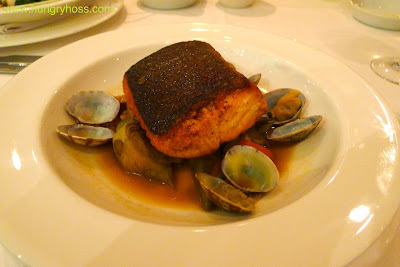 Served on top of an artichoke ragout, with cockles and clams, my wife’s Pan Seared Scottish Salmon was exceptional; a huge portion perfectly cooked - silky and moist throughout. 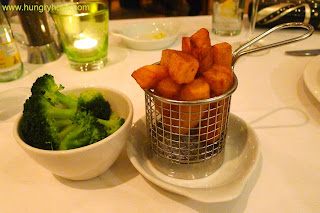 With the recession still going strong, one business that certainly seems to be doing well is the ‘mini frying basket manufacturing trade’ as more and more restaurants seem to be choosing them as their preferred method serving sides of chips. The ‘homemade’ chips themselves were very good but our side of steamed broccoli was served too cold. 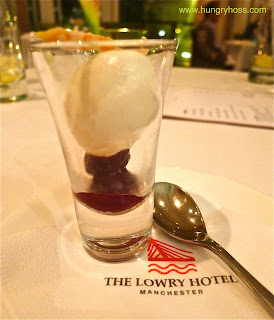 Whilst waiting for our dessert we were served a refreshing palate cleanser of a Lemon and Mint Sorbet with Black Cherry. 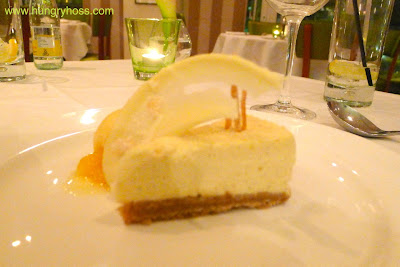 My wife was very happy with her New York Cheesecake, served with a mango sorbet and a dramatic arc of white chocolate. 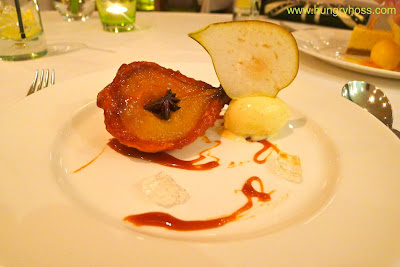 My chosen dessert was a delightful, individual Pear Tarte Tatin studded with star anise - I have previously seen this recipe by both Gordon Ramsay and Richard Corrigan and it was very proficiently executed. The accompanying vanilla ice cream, William pear jelly and crisp pear wafer were also very well made – a beautiful dessert. 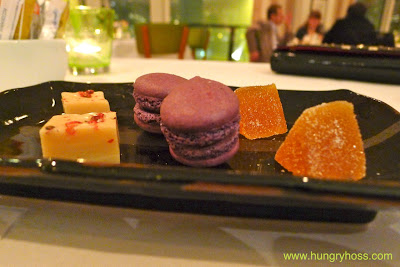 With our coffees we were served some lovely petit fours, featuring: cranberry fudge; soft fruity orange pastilles and the best ‘miniature’ blackcurrant macarons I have tasted - all too often the small ones lack the gooey centre, but these were spot on!

Having had high expectations, at the start of this post I stated that the ‘River Bar and Restaurant’ should be one of the region’s finest restaurants’ - but despite the positives (service, dining room) I do feel that, on balance (when considering such factors as value for money, consistency of quality of dishes and creativity) there are other restaurants in the city that I would be happier to recommend before this one.