When friends discover that I write this blog the conversation often results with a discussion about Michelin stars. Many know that the accolades are awarded to a select few restaurants where the food is outstanding but few are aware that one star signifies ‘very good cuisine in its category,’ two stars indicates ‘excellent cuisine, worth a detour’ and three means ‘exceptional cuisine, worth a special journey.’ 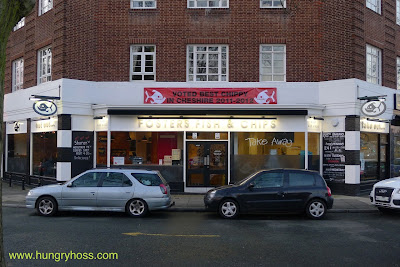 Recently, during one such conversation, a friend asked, “So, if a fish and chip shop is ‘the best in its category’, can it be worthy of a Michelin star?” A reasonable question, but as far as I’m aware, there has never been a Michelin star awarded to a Fish & Chip shop. This got me thinking, what if a ‘chippy’ is also ‘worth a detour’… could it get two? 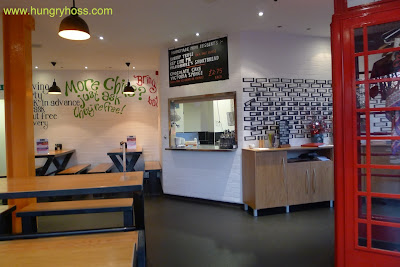 Now, as much as I like a bit of battered cod, when I started this blog, my focus was on fine dining and I never thought I’d be writing a post about a fish and chip shop. This is before I discovered Fosters Fish & Chips (voted Best Chippy in Cheshire 2011-2012!) – Certainly then, among the best in its category… and considering that I drive past about six chip shops to get there, its definitely worth a detour! 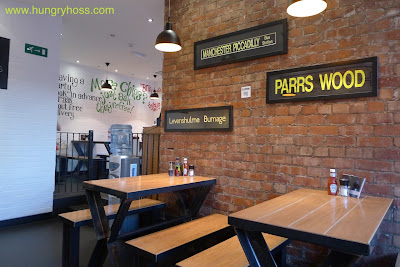 Luckily, living in Cheadle Hulme, I am pretty much equidistant from their two branches in Alderley Edge and Didsbury. The reason I’m prepared to drive so far for my fish and chip supper is the same reason Fosters can count many a free-spending Premier League footballer and soap star among their customers – choice and quality, sustainable produce and the cooking from the passionate ‘frying squad’ (not forgetting the fact that their take away food comes wrapped, old school stylee, in their own specially printed newspaper!) 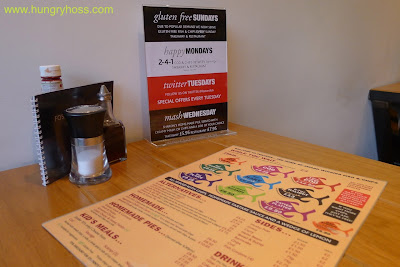 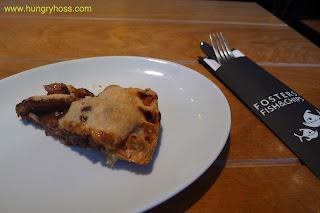 Having ordered my fare I enquired about the ‘mini pies’ that they had served served last time I was in and was sadly informed that they no longer serve them. Pleasingly though, I was offered a sample of their ‘Steak and Ale Pie’ that was fresh out of the oven. With a wonderful short, crumbly shortcrust pastry, generous bites of meat and rich Guinness rich gravy, this pie was very, very good. 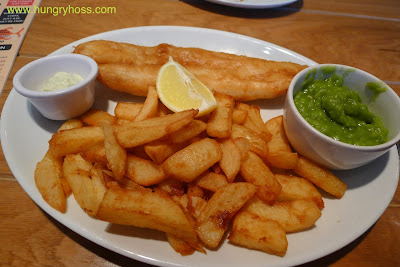 For my main, I opted to have Hake (lightly battered). All the fish at Fosters is served with chips, tartare sauce and a wedge of lemon. The fish was fresh and flaky white; the batter crunchy and golden and with perfectly cooked grease-free chips - it was easy to see why they have won so many awards! 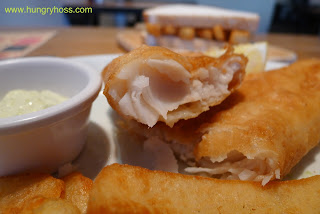 To accompany my main course, I ordered the ‘Bread & Butter’ – with chips of such quality, it would have been rude not to make a ‘Chip Butty’. When it comes to bread, I usually prefer a nice country granary, a sourdough or perhaps a nice caraway flecked loaf but for an authentic chip butty it’s got to be what I usually refer to as ‘crap white bread’ (the same rule apples for a ‘Bacon Sarnie’) – perfect! 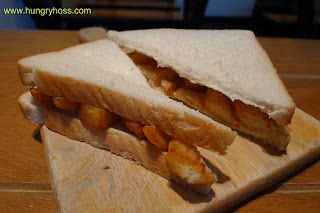 Being from the South, I’m the first to admit that I’m no expert when it comes to ‘Mushy Peas’ however, in the twelve years or so that I have lived ‘oop North’, fish and chips would not be the same without the accompanying thick, gloopy green mush. These were served lumpy and what I like to call ‘Exorcist green’ - just as they should be! 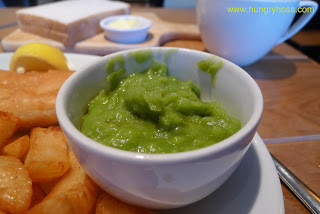 The dining room at Didsbury, with a serving hatch that looks through to the fryers and the take away side of the operation, is functionally and fittingly decked out with fixed picnic style chairs. The walls, with a mixture of exposed brick and whitewash, features local railway style place names and funky slogans – one of which boldly states ‘More chips? Just ask, they’re free!’ 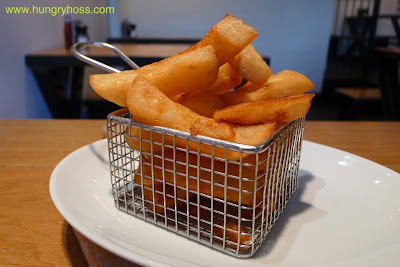 Not needing to be asked such things twice and despite the fact that I was nearing fullness, I was delighted to receive more of the fluffy centred, golden-crisped goodies - served (as so many restaurants seem to be doing these days) in a mini frying basket. Along with my heartily sized cup of tea, the one downside to my extra chips was the fact that I was just too stuffed to try the homemade ‘shot glass’ mini desserts – oh well, there is always next time! 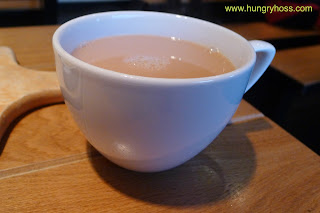 Fosters is undoubtedly quality, although I don’t suppose they, or any other chippy for that matter is likely to win a Michelin star anytime soon… but to my mind they are highly deserving of the many awards and accolades they do have… and I’ll certainly be continuing to make the detour to get what I believe are the best fish and chips in the area!