Long before the famous Wigan Casino opened its doors for the first time, between 1963 and ’71, The Twisted Wheel nightclub in Manchester was one of the first venues to champion the music that became known as Northern Soul. Just opposite its original location on Brazennose Street you will now find the Spinningfields development. 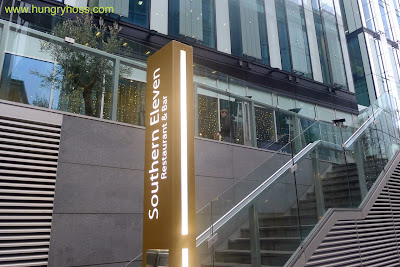 Along with places such as Australasia, Carluccio's, Samsi, Wagamama and The Alchemist, the area is rapidly becoming one of the most popular places to eat and drink in the city centre. Ironically, so close to the spiritual home of northern soul, it’s also the home of Southern ‘Soul’ Food’ restaurant Southern Eleven. 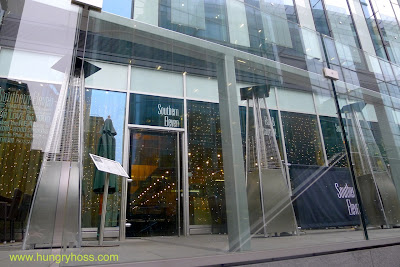 My only other real experience of such food comes from when I visited Adam Perry Lang’s multi award winning Daisy May’s BBQ in Hell’s Kitchen, New York. (Adam Perry Lang is best known in England as the co-owner of the London based Barbecoa Restaurant and Butchery with Jamie Oliver.) Daisy May’s is the real deal, having won the Zagat Best BBQ in NYC for four years running as well as being the long-time holder of a Michelin Bib Gourmand.

It may then seem unfair for me to compare Southern Eleven to such a place but (a) there not being a load of these ‘rib joints’ around, it’s my only real frame of reference and (b) on the Southern Eleven website they make some pretty bold claims about authenticity; and detail the ‘story’ of how, after an apparent eureka moment, owner James Hitchen, having spotted a gap in the UK market, upped sticks, moved to Tennessee, ate all the lip-smackingly good food he could manage and learnt the trade from a bona fide, ‘Pitt Boss’.

My first taste of Southern Elevens southern soul was in fact some Northern Soul, as I walked in to hear The Temptations ‘Papa was a rollin’ stone’ to coin a phrase popular at the time, I was diggin’ the soundtrack. 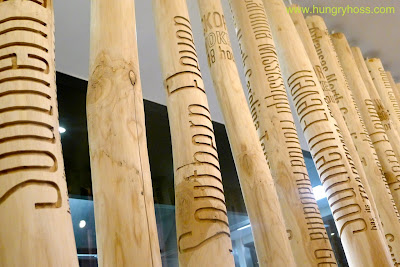 First impressions of the place were good. I like the décor - there was a good balance of modern slickness and southern rusticity. Modern elements included: simple tables and chairs in dark wood, leather banquettes, marble floors and a library of wines. 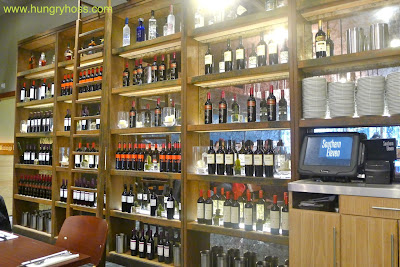 American touches came from the large dramatic photographic close-ups of tasselled leather jackets, a bronze border and rough hewn pillars etched with Southern Eleven’s logo and the names of the Dixie states – refreshingly subtle without a hint of duelling banjos. 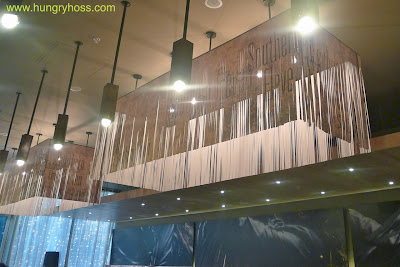 To the staff’s credit, the place was spotlessly clean and service was swift and attentive with out being sucky-uppy – there’s nothing worse than a place specialising in American food, thinking that they have to offer faux American service. At no time through out the meal did I feel any of the staff would spontaneously blurt out a ‘Yeehaw!’ or attempt to stage an impromptu hoedown.

Befitting of my personality, to drink I ordered a Diva non alcoholic cocktail – a fresh mix of watermelon, guanabana, raspberries and a twist of lime, all served long over crushed ice (£2.95). Even when driving, I don’t usually order these ‘virgin cocktails’ on the grounds that they are usually about 95% crushed ice with only a modicum of actual drink. I was pleased then when this one drink came, as it was large enough to last throughout my lunch  - it had good flavour too. 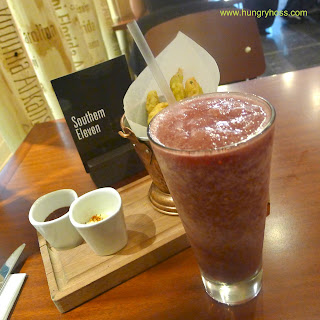 From the ‘while you waits’ section of the menu, featuring the likes of olives, tortillas chips, lil’ sausage links and hickory smoked chicken wings, I selected the Deep fried pickle spears (£2.95). They were very good; sliced cornichon, fried in a southern seasoned crispy batter with a spiced mayo and BBQ dip – I’ll be giving these a go at home. Continuing in the good vein, Marvin Gaye started singing, ‘Inner City Blues.’ 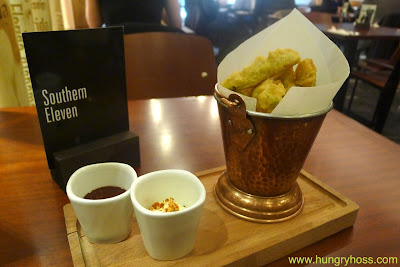 For my main, from the specials menu, I opted for the Sliders (£9.95) We all know that hamburgers get their name not from, ham, but from Hamburg in Germany; but some may not be aware that after WW1, due to anti-German feelings in the US, burgers became unpopular until the White Castle restaurant chain started selling small burgers known as sliders – my siders featured a mini beef brisket sandwich; a mini pulled pork sandwich; a mini burger and fries. 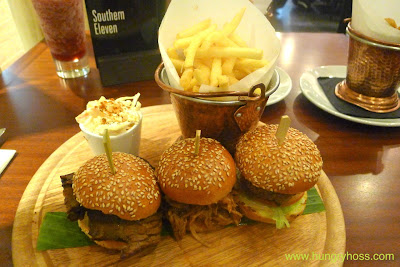 The pick of the bunch was without doubt the pulled pork – reared outdoors on The Ginger Pig Farm in Yorkshire, it is then smoked for 18 hours and coated in a superbly sweet, sticky sauce and accompanied by a fresh home-style slaw. 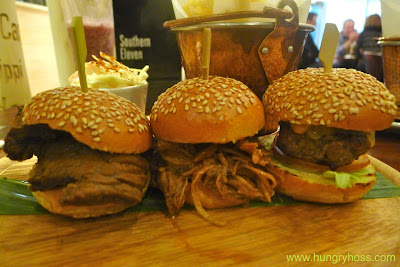 The Longhorn beef burger, grass fed and hung for 30 days was also delicious, retaining a little pinkness in the middle. The accompanying Parmesan truffle fries were good – the chip part being quite similar to a certain golden-gated chain, but with the added bonus of Parmesan and a waft of truffle. 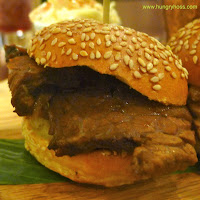 To quote my all time favourite Northern Soul song by Ketty Lester, ‘Some things are better left unsaid’ but to use a much over used but perfect simile, my brisket was ‘as tough as old boots’. I’m aware that it’s a fibrous cut of meat, but cooked correctly it should tenderise and not dry out too much - compared to this, my Daisy May’s brisket was like fillet steak. At this point the music also took a turn for the worse, as Carrie Underwood started warbling. 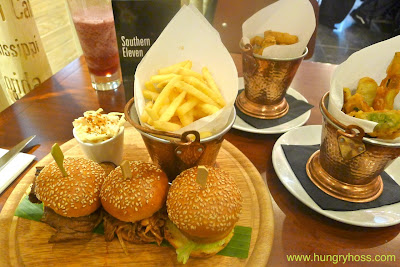 Fixing things though, were the quality sides (served in copper chamber pots?) Perfectly good onion rings and gorgeous courgette fries – both crisp and not at all greasy. 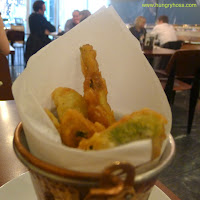 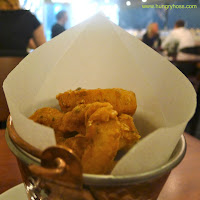 Dodgy brisket aside, I loved their food with soul and I’m definitely fixin’ to go back for more of their fantastic pulled pork; to try one of the desserts and good ole’ Southern Eleven hospitality - ‘I ain't just whistling dixie.’ 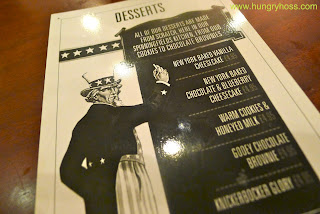