Grill loving Mancunians are spoilt for choice these days… with Gaucho, Smoak, Grill on the Alley (and New York Street), Michael Caines’ Café Bar & Grill and not forgetting Australasia, getting a decent steak in ‘Meatchester’ (we’ve had Madchester and Gunchester, why the hell not?) has seemingly never been so easy. 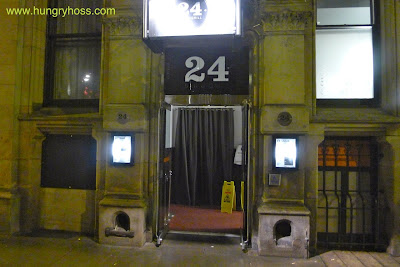 On the downside, in terms of produce quality, cooking and restaurant ambience, after our recent visit, I would not include one of Manchester’s latest additions to this ever-growing carnivorous list, the ‘24 Bar & Grill’ in the same category as the above. On the plus side though, it is a little cheaper – I suppose, you get what you pay for! 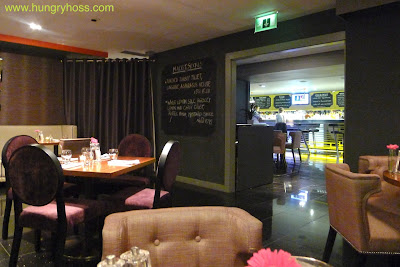 ‘24’ is located below and within the Arora Hotel, in what used to be Obsidian. Décor wise, not much has changed since the rebranding, as Alan Partridge may say, “They’ve rebadged it you fool!”

One thing that certainly is different is the new ‘Grill’ based menu - along with the departure (to West Didsbury’s Rhubarb) of Chef Bryn Evans, gone too are the consommés, foams and foie gras; not even a trickle jus remains on the menu. 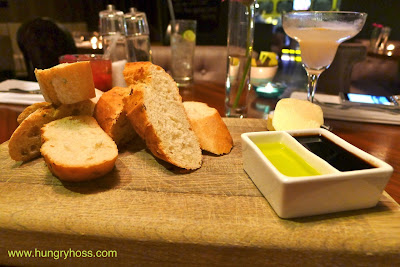 We started with the House Breads with ‘salted butter, balsamic & oil’ – at the prices we were paying the oil was never expected to be the highest quality but more annoyingly the ‘balsamic’ turned out to be, not vinegar, but one of those sweet sticky glazes that some places choose to offend with. The bread was fresh – no complaints there. 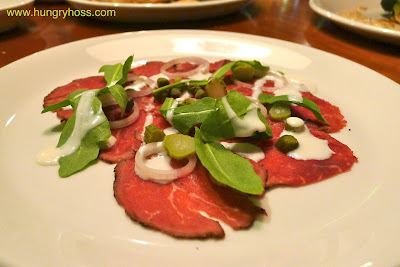 To my mind, the menu reads well and offers a good balance of dishes, with tried and tested combinations. One such dish was, my choice of starter, the Peppered Beef Carpaccio with capers, cornichons, shallots and rocket. The horseradish crème fraiche, which was liberally drizzled over the dish packed a flavoursome hit of heat – whilst I find horseradish the perfect accompaniment to the robust flavour of roast beef, for this delicate carpaccio I found it way too strong and overpowering. 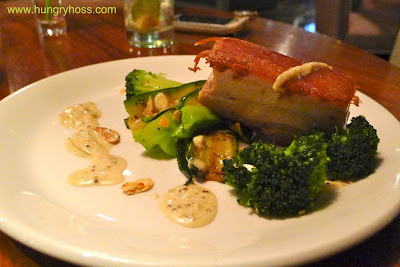 Conversely, the ‘creamy mustard sauce’ that accompanied my wife’s starter of Pressed Pork Belly came over a bit bland and lacklustre, which was a shame as the unctuous chunk of meat could’ve more than handled it. The warm salad of broccoli and grilled courgette was well conceived, with the toasted flaked almonds proving to be a tasty touch. 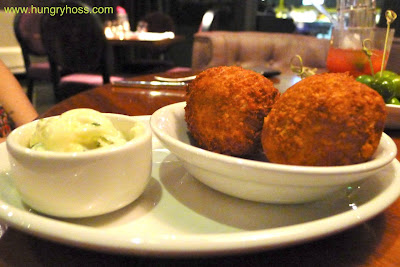 My stepdaughter, selected the Homemade Fishcakes with a lemon and herb mayo. I managed to snaffle half of one (note to self: use ‘snaffle’ more often) and agreed with her assessment that it was a bit light on fish – ‘Homemade Mashcakes’ would’ve perhaps been a more fitting name for them. Pleasingly, the lemon & herb mayo though was very lemony and made a great dip.

Rounding off our starters we also, greedily ordered some Flatbread & Houmous, which were both very good and a mixed bowl of their, finest Stone-in Italian Olives. My parents run an olive farm in Spain, so I like to think I know my olives and, to me, these were very good indeed – firm and with good flavour. 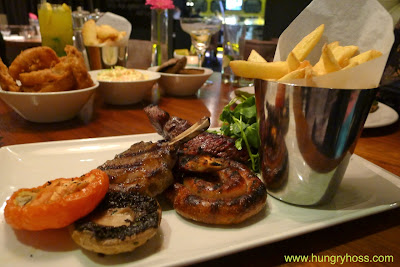 For her main, my wife opted for The 24 Mixed Grill. ‘Snaffling’ at taste of each component: I found that the chargrilled lamb chop was very good, as were the chips, mushroom and tomato - the Cumberland ring was passable, suffering a little from a dry withered end; the steak was a tad chewy but the Memphis chicken skewer was inedibly dry. 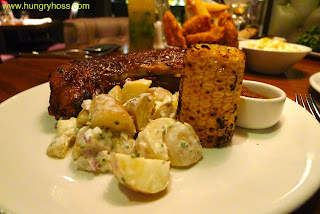 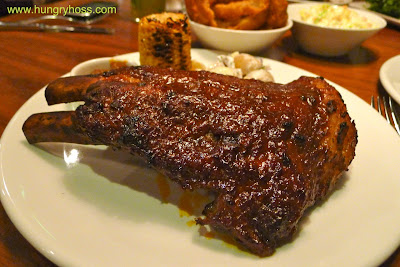 My stepdaughter was very happy with her ½ rack of BBQ Pork Ribs but another mixed response for the sides: she found the corn grilled a tad hard, the potato salad average but I can concur that the BBQ sauce was delicious (and I’m not usually, one to go for BBQ sauce). 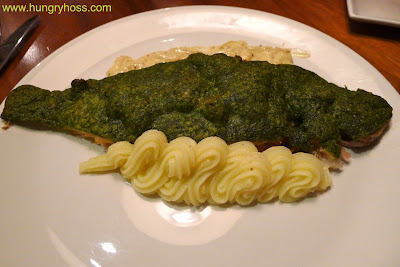 Selecting my main from the Market Specials blackboard, I chose the Whole Lemon Sole with a parsley, lemon & caper crust. Served with truffle mash and mustard sauce. My wife was not too keen on the classic presentation but I liked its old school favour – it may not have looked too appetising but the fish was delicately cooked, with the truffle mash complementing well. 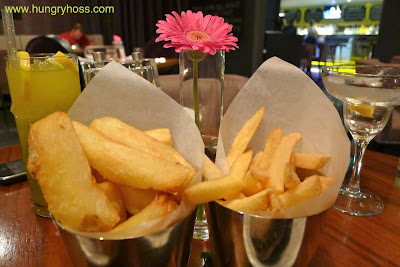 Echoing the bulk of the meal, our chosen sides were also a mixed bag of successes and disappointments. The final cooking of the Triple Cooked Chips maybe could have been at a higher temperature and/or for slightly longer to give them the expected extra crunch and golden hue. Don’t get me wrong, they were very good chips but I have had much better triple cooked ones = partial success 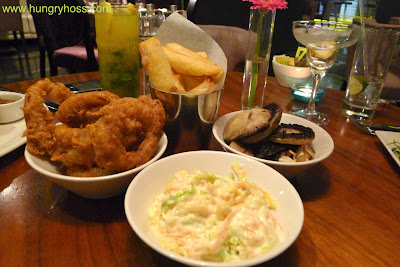 The Homemade Coleslaw was a bit wet and too ‘mayonnaisey’ for us = disappointment. 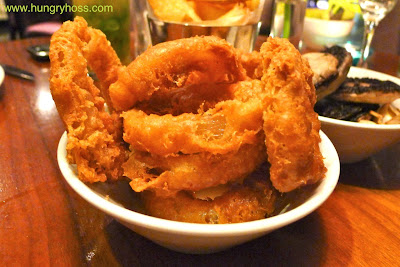 Despite looking the part, the Beer Battered Onion Rings we felt that overly crisp crumbly batter and a little slimly in the middle and they did not get eaten = disappointment. 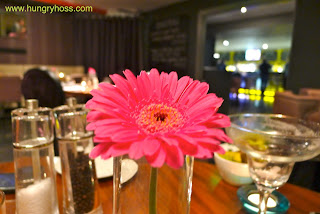 It was not all doom and gloom - despite often disappearing for long periods of time, when the waitresses did appear, they were friendly and efficient. 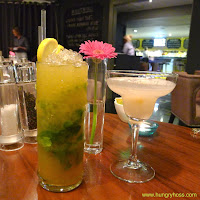 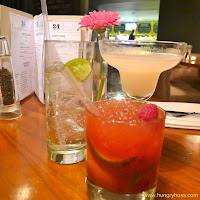 We currently have no plans to return.