After a ropey meal at a pub the other day, I tweeted a couple of pictures of the food along with some derisory comments. Although most feedback seemed to agree that the food was indeed “shocking”, one twitterer accused me of not supporting independents.

The truth is, I generally love to shout about the “little man” and relish in being able to use “the power” of my blog to help spread the word for those wonderful places do not have the PR budgets of others – the likes of Yuzu, Parkers Arms and Levanter spring to mind.

But when I order a porterhouse and receive a sirloin; a roast dinner that most home cooks would be disappointed with and a piece of burger bun in lieu of “fresh bread”, it’s not all that easy to muster an enthusiastic endorsement.

Places like those already mentioned and the Michelin rated Oliver’s at Bollington Green make championing small, friendly, family businesses a joy…  backed by his father, the restaurant’s young Head Chef is Scott Oliver, whilst he manages the menu and kitchen, his fiancée Jaydean Pilling looks after the management, front of house.

On the edge of the peak district, surrounded by hills and waterways Bollington is a typically picturesque Cheshire mill town. Oliver’s overlooks the small village green surrounded by stone houses – a delightful setting for a friendly, relaxed neighbourhood restaurant.

Of course, no matter how lovely the location and charming the service is, the food also has to live up to expectation – thankfully, it does.  Including breads and ice creams, everything is made in house using quality, seasonal ingredients… most importantly, dishes are full of punchy, bold flavours. 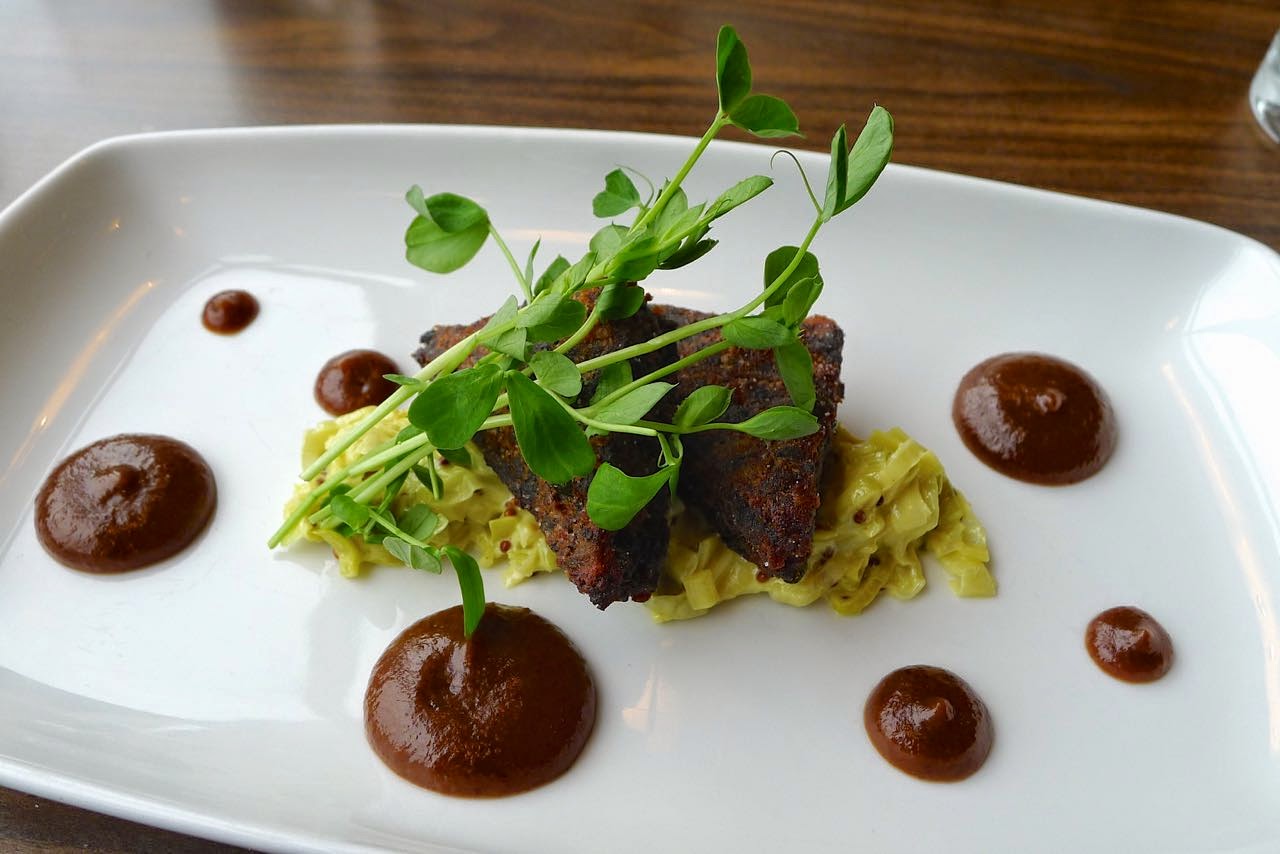 Bury Black Pudding Hash Brown, Mustard Leeks, Home Made Brown Sauce – I’m not a fan of hash browns, or perhaps I should say I’m not a fan of those oil soaked wedges of cardboard served with a McDonald’s breakfast. Oliver’s black pudding hash browns were great but it was the spicy home made brown sauce that stole the show for me. 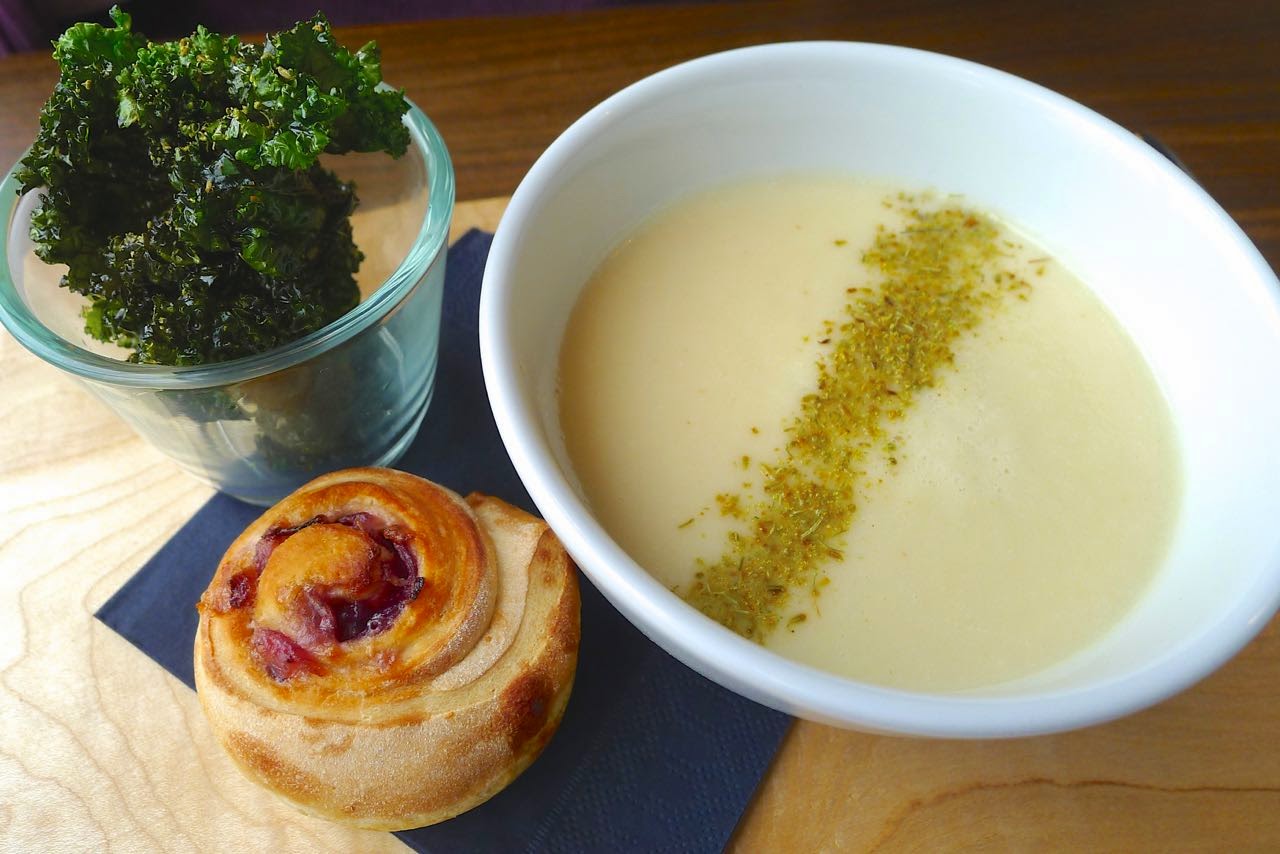 “Soup & Bread” Celeriac Velouté, Fennel Pollen Spiced Crispy Kale, Home Baked Bread – this was my wife’s choice but naturally I had a little taste; the fennel pollen added a lovely fragrance and sweet, summery smack of anise. I could’ve eaten a bowl full of the crispy kale. 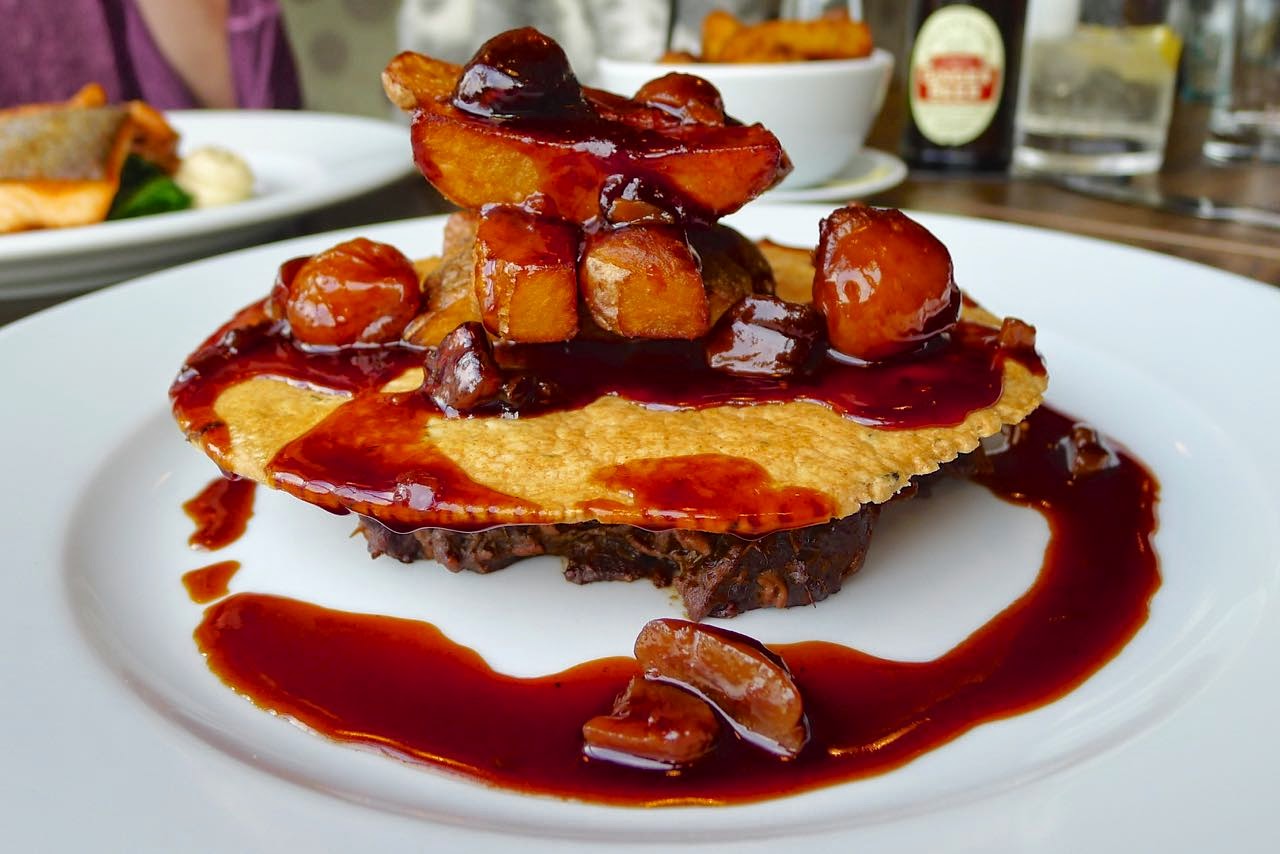 Slow Braised Game Pie & Duck Fat Pastry, Chips, Greens, Jus De Roti – I know some people will criticise this dish, saying that it’s not a ‘pie’ but they need to get over themselves. The rich game meat came gloriously flavoured with hints of garlic and bay giving depth, bolstered by the glossy Jus De Roti gravy. 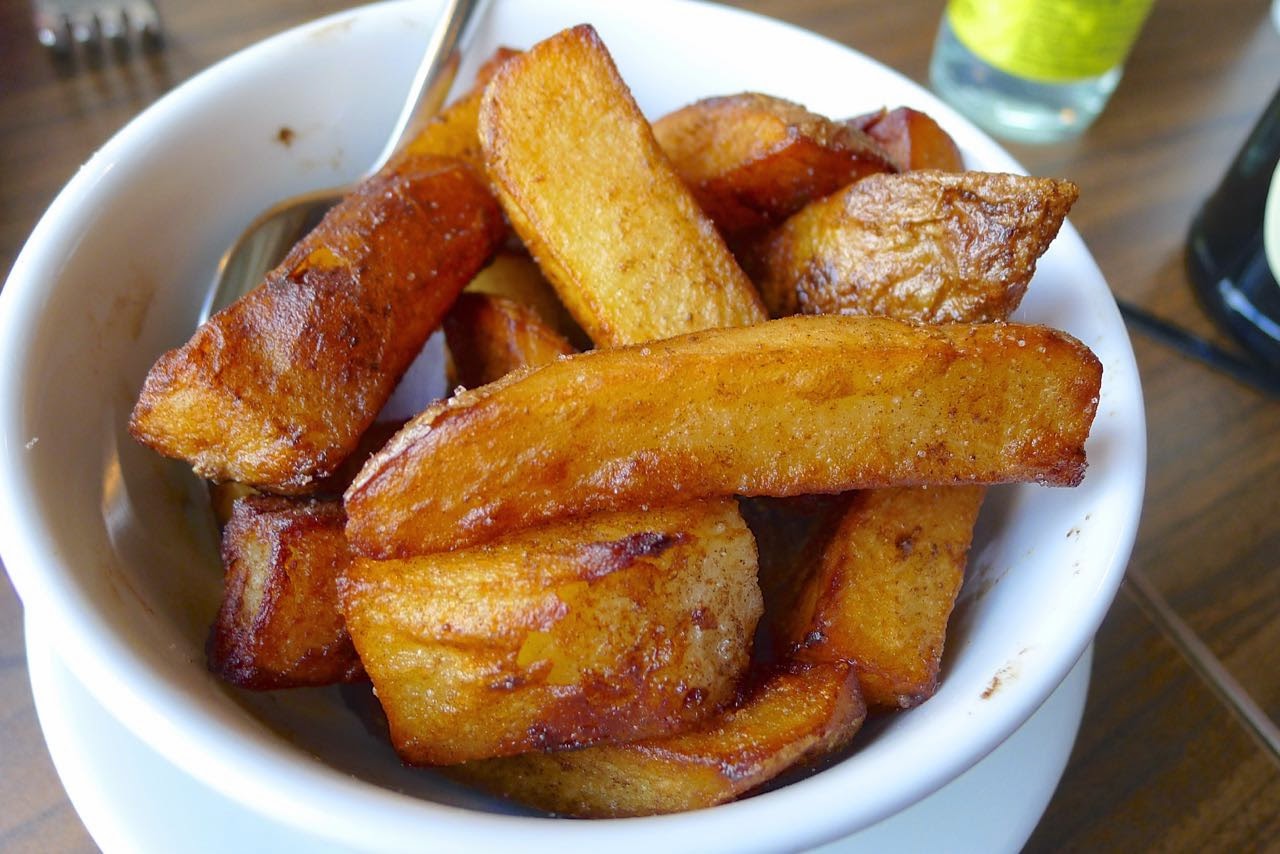 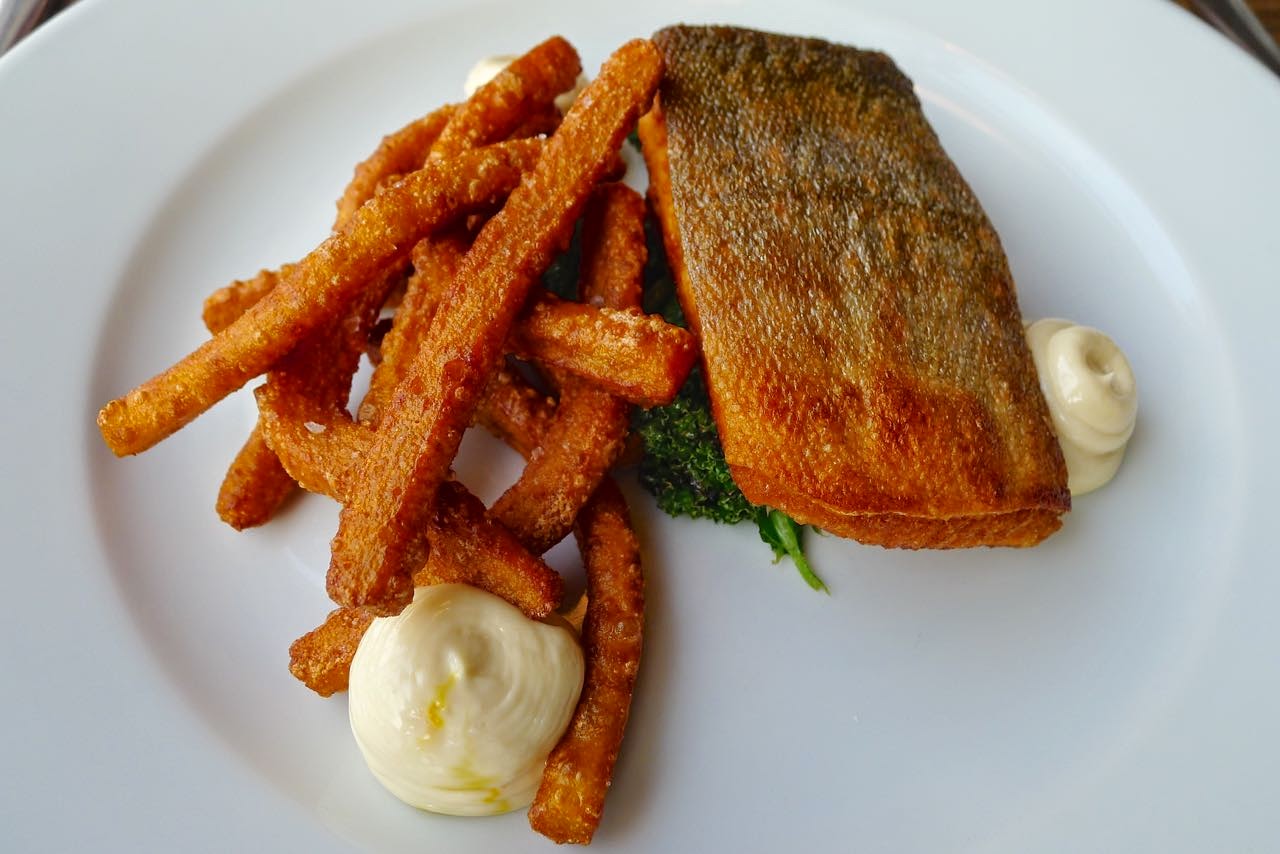 Pan Baked Fillet of Artic Char, Sweet Potato Gnocchi Fries, Greens, Salt ‘n’ Vinegar Hollandaise – my wife’s choice; as you’d expect from a chef who trained under Andrew Nutter, the fish had been cooked beautifully with a proper crisp skin. The ‘sweet potato gnocchi fries were great little things but it was the ‘salt ‘n’ vinegar hollandaise that had me cooing. 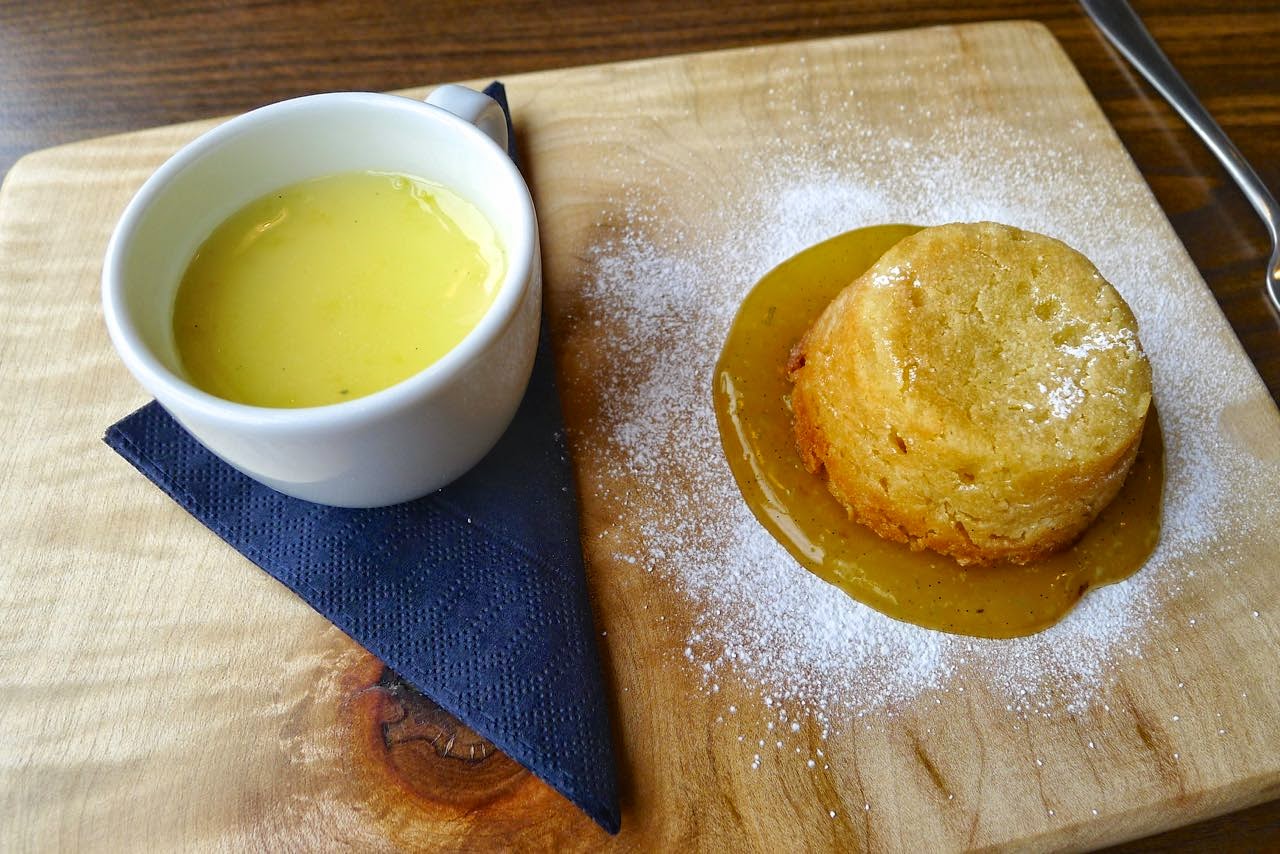 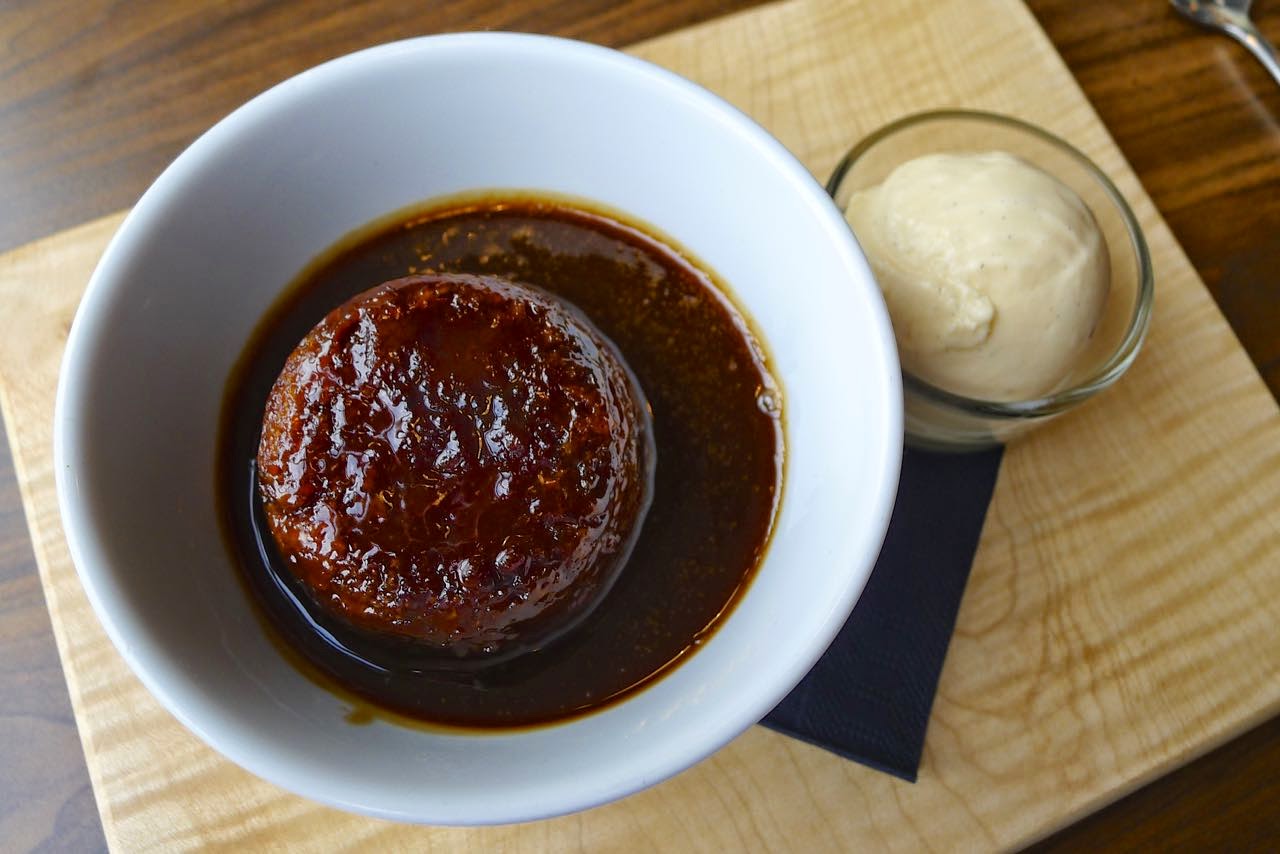 “Oliver” Sticky Toffee Pudding, Amaretto Ice Cream, Butterscotch – I love a Sticky Toffee Pud but wasn’t too keen on the sound of amaretto ice cream so promised I’d give this to my wife; after a taste however, there was no way she was getting it! 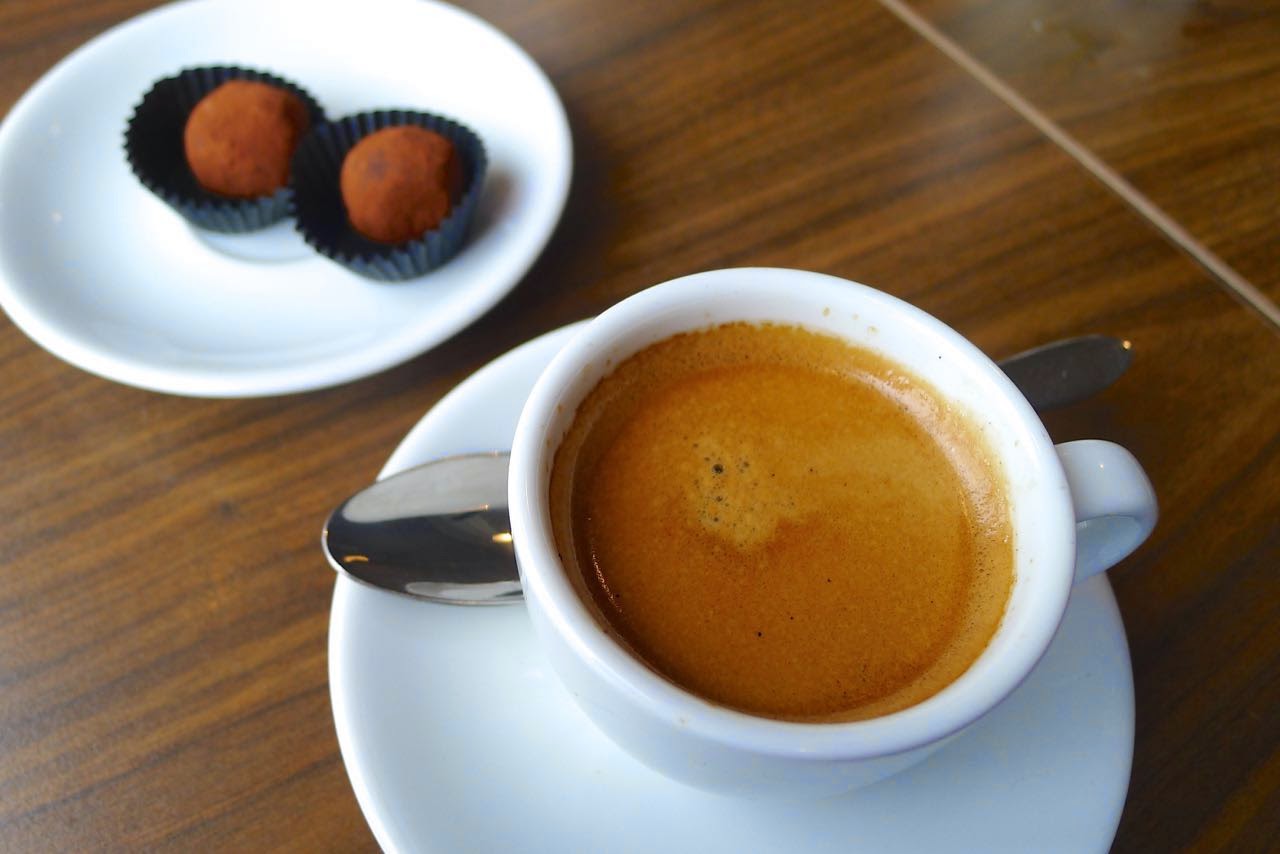