So I went to this place called Sticky Walnut for lunch. I ate bread, quail, brassicas and plaice. It was all rather delicious. Then I had some chocolate tart with bits of orange and a sorbet.

To start, people who work in the kitchen had put breast and leg from a quail in a bowl with a carrot purée, choi sum and some dukkah (which is a mixture of nuts, herbs and spices from Egypt (where the Pyramids are). Around this they had poured a vegetable ‘nage’, which is a type of poncy broth.

The same people had done some clever things to vegetables; they had caramelised cauliflower and served it with broccoli, carrot and walnuts (the place has walnut in its name too!) I particularly liked the Romanesco broccoli, which they had pickled. It made me happy.

With the plaice they had put some ox cheek into breadcrumbs, which I liked a lot. The fish was on what some restaurants would call a ‘bed of’ pearl barley (here they just called it ‘pearl barley’). They also used some wild garlic, which is a type of garlic that grows in the wild! I know, crazy huh?

One particularly clever person made a chocolate tart and served it with some clementine segments and a blood orange sorbet – I’d like to marry him.

Some nice people who do not work in the kitchen brought the food to me on plates. They were smiley and chatty but not overly so. I liked them.

I took some pictures… wanna see? 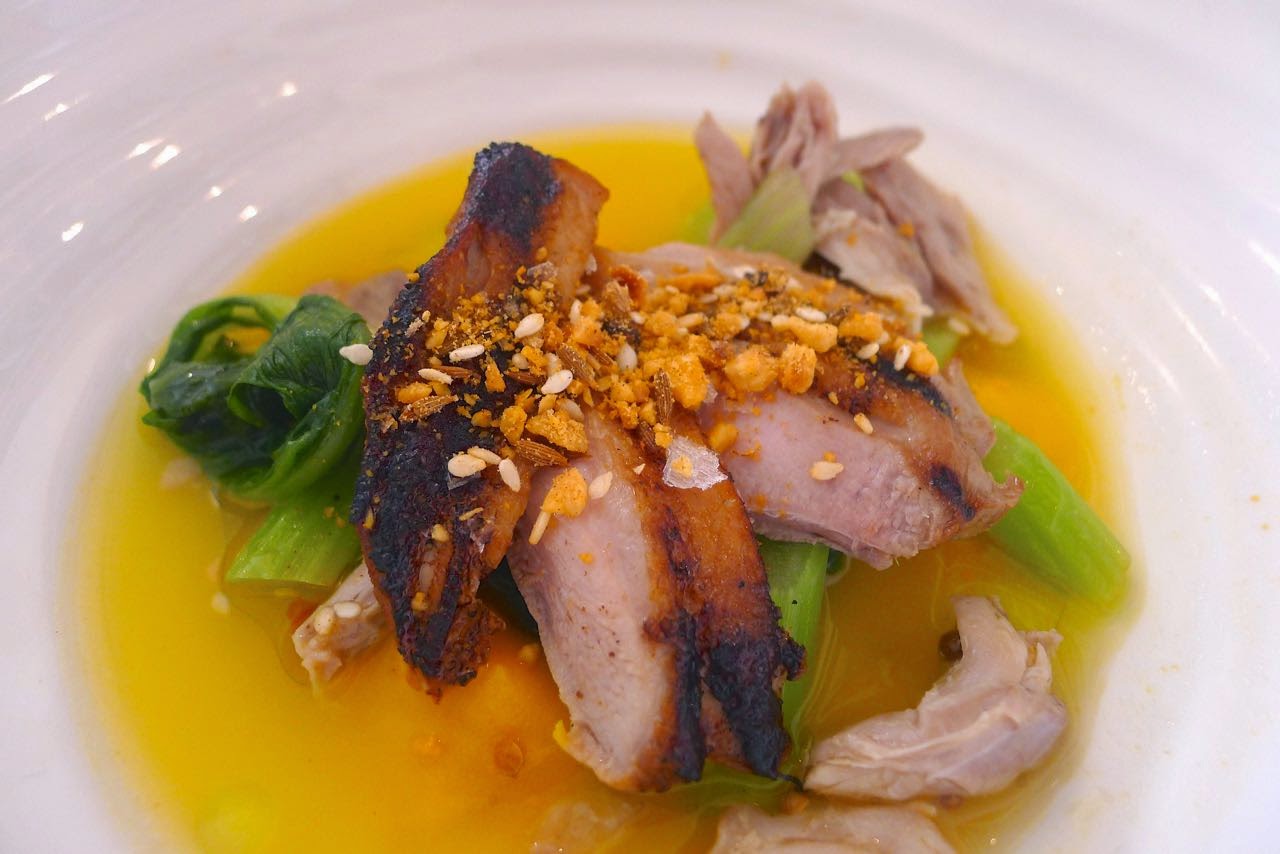 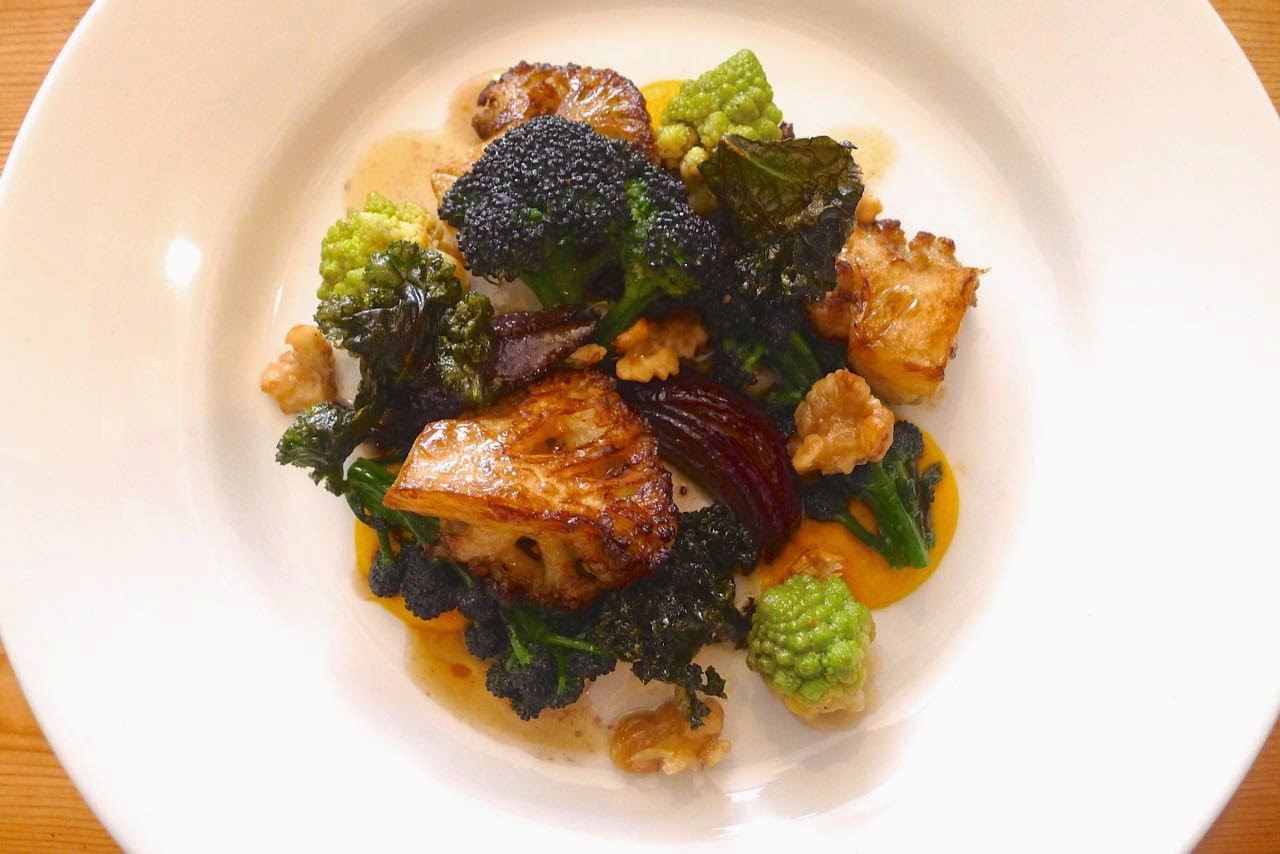 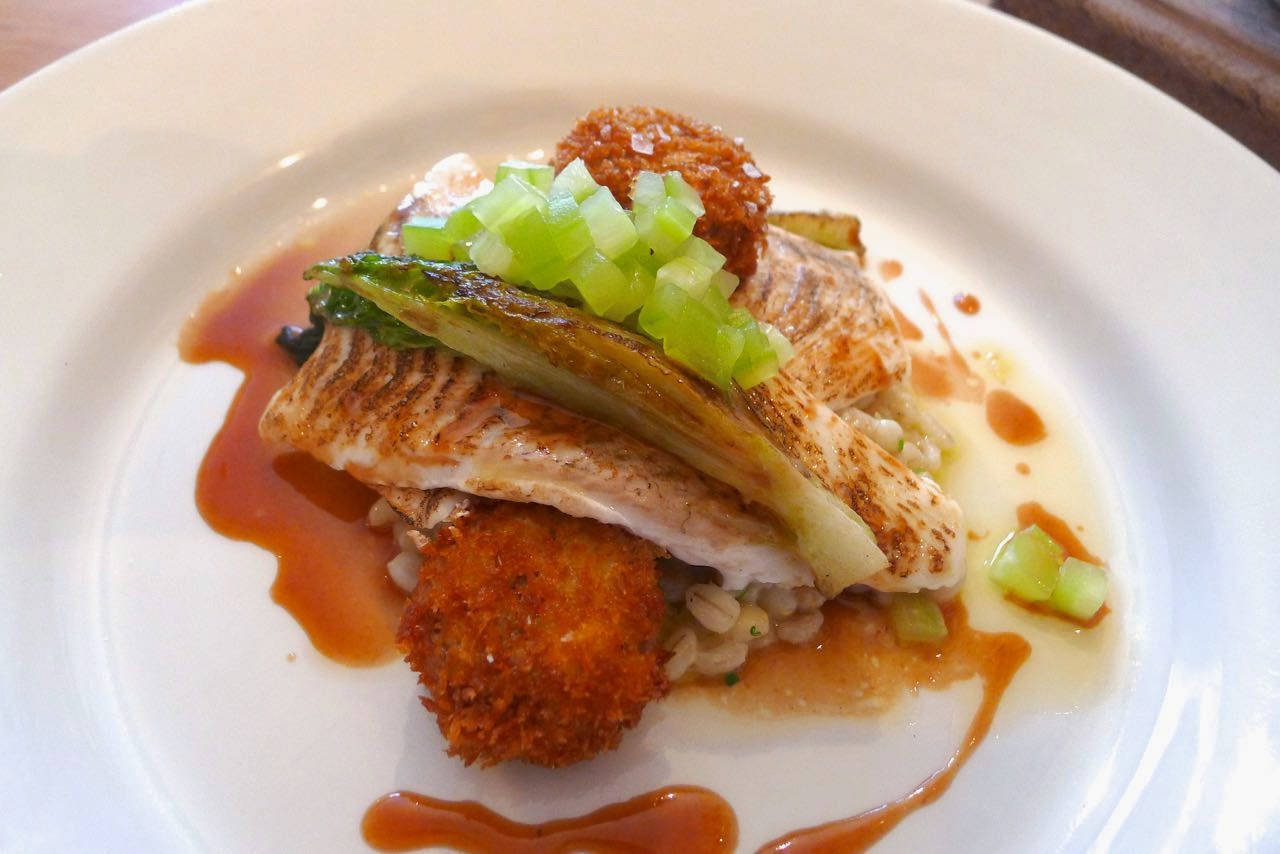 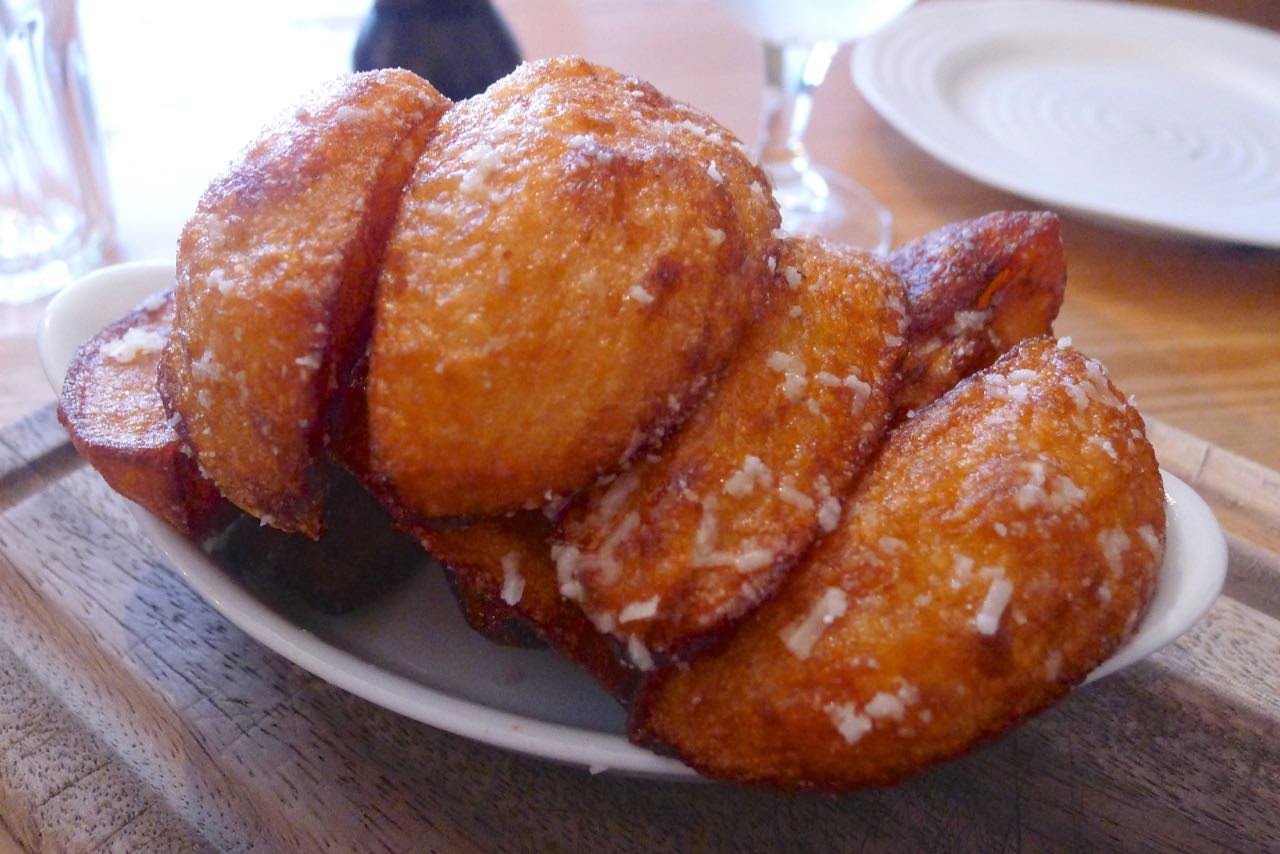 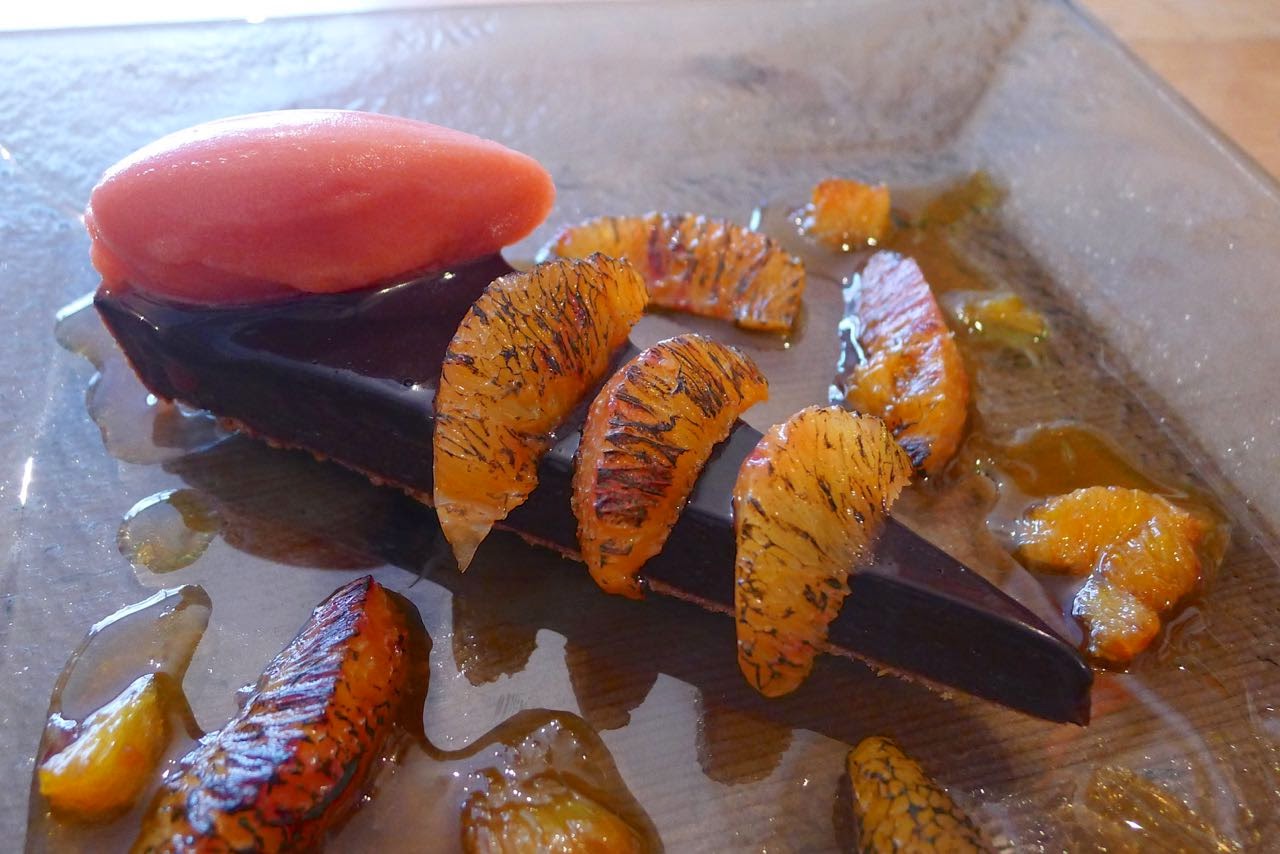