When it comes to choosing where we are going to eat, I usually get my way – but with my wife currently on some ‘shake based diet’, she’s been choosing what to have on her ‘day off’ at the weekend; her choice generally being steak or something similarly protein heavy.

By way of a break from steak, I suggested going to Sadaf or one of the other Afghani ‘kebab houses’ in Rusholme’s ‘curry mile’ (Perhaps it should more accurately be called ‘kebab kilometre’ these days?).

Normally easy going, she put her foot down and vetoed the idea of me taking her to a “kebab shop” so I suggested Zouk instead – a “proper restaurant”. 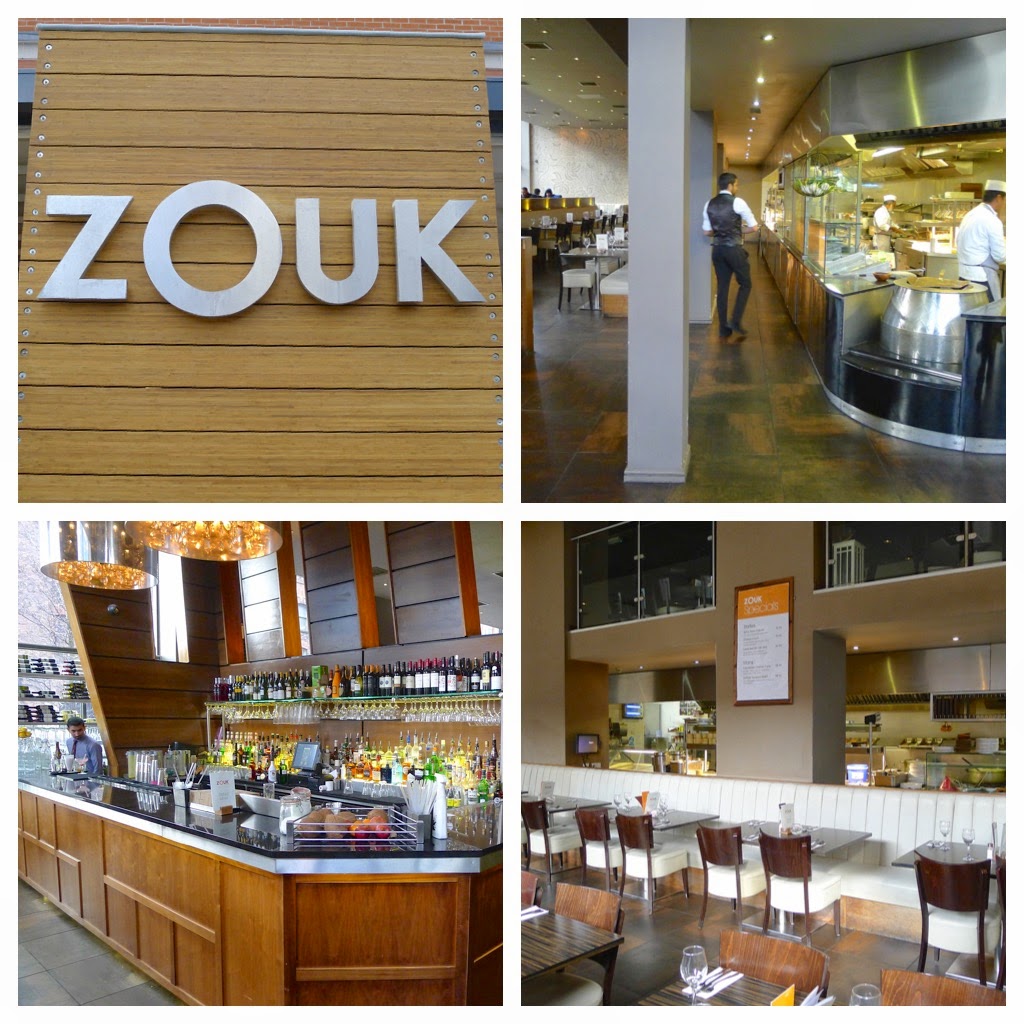 Before rediscovering Mughli and their ‘street food’ menu, Zouk was something of a favourite for a short while (I always liked Zouk’s buzzy atmosphere, especially when they were busier in the evenings). Another reason we stopped going was the often poor service; the quality of the food was rarely a problem.

On this visit, service had not improved. Despite being relatively empty it took an age for drinks orders to be taken. Once they were, it took another eternity for them to arrive (the same later with the bill).

Also, part of the order was wrong. My wife ordered the ‘Lamb Fillet Steak’ but received what was described as ‘8oz Beef Rib Eye Steak’ – it looked more like a minute steak to me and not an 8oz one. 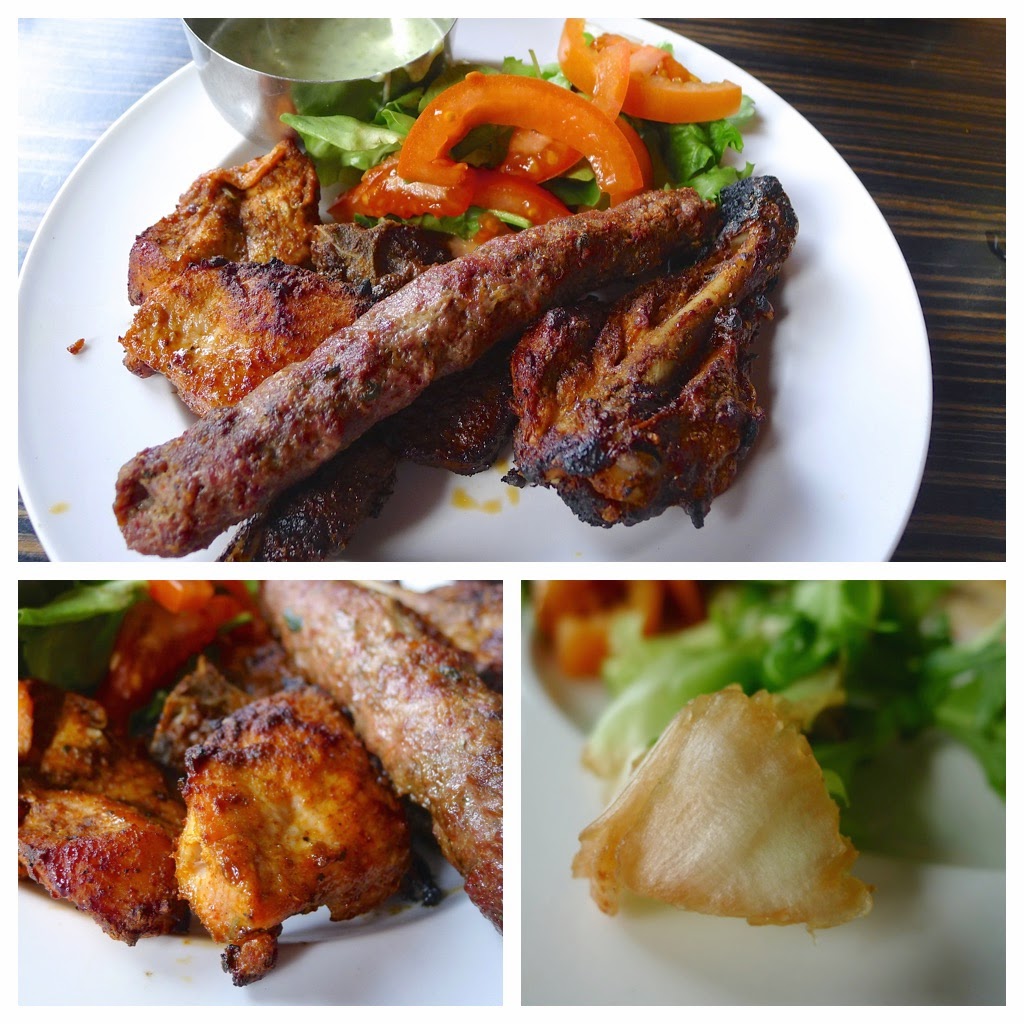 Tandoori Mixed Grill – mixed char grilled starter with chicken imlee. seekh kebab, lamb chop and chicken drumstick. The spicing of the meats was good but this did not make up for its dryness or for the manky browning salad. 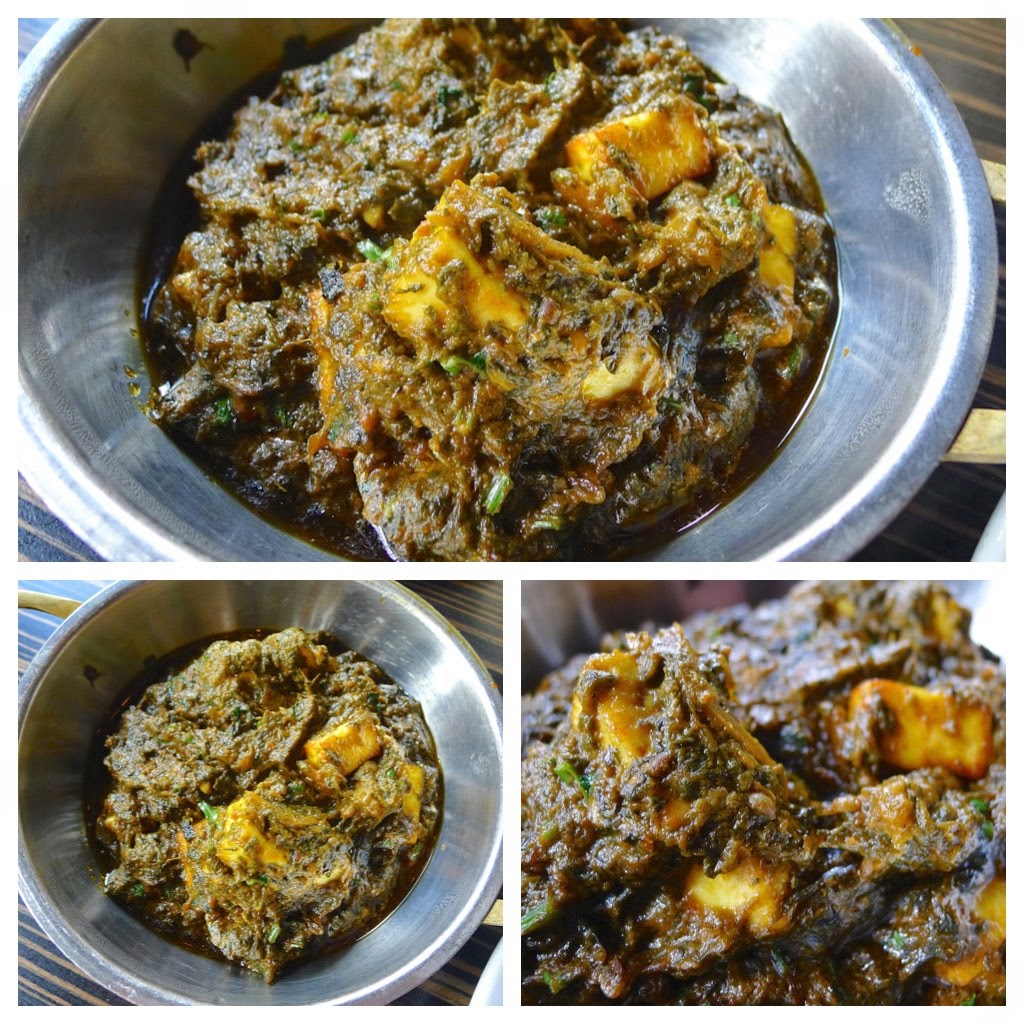 Palak Paneer – paneer with spinach leaf & fenugreek. For me, this was a very good palak paneer – a thick dry version with plenty of garlic and ginger without too much creaminess (which can temper the garam masala spices too much for my taste.) 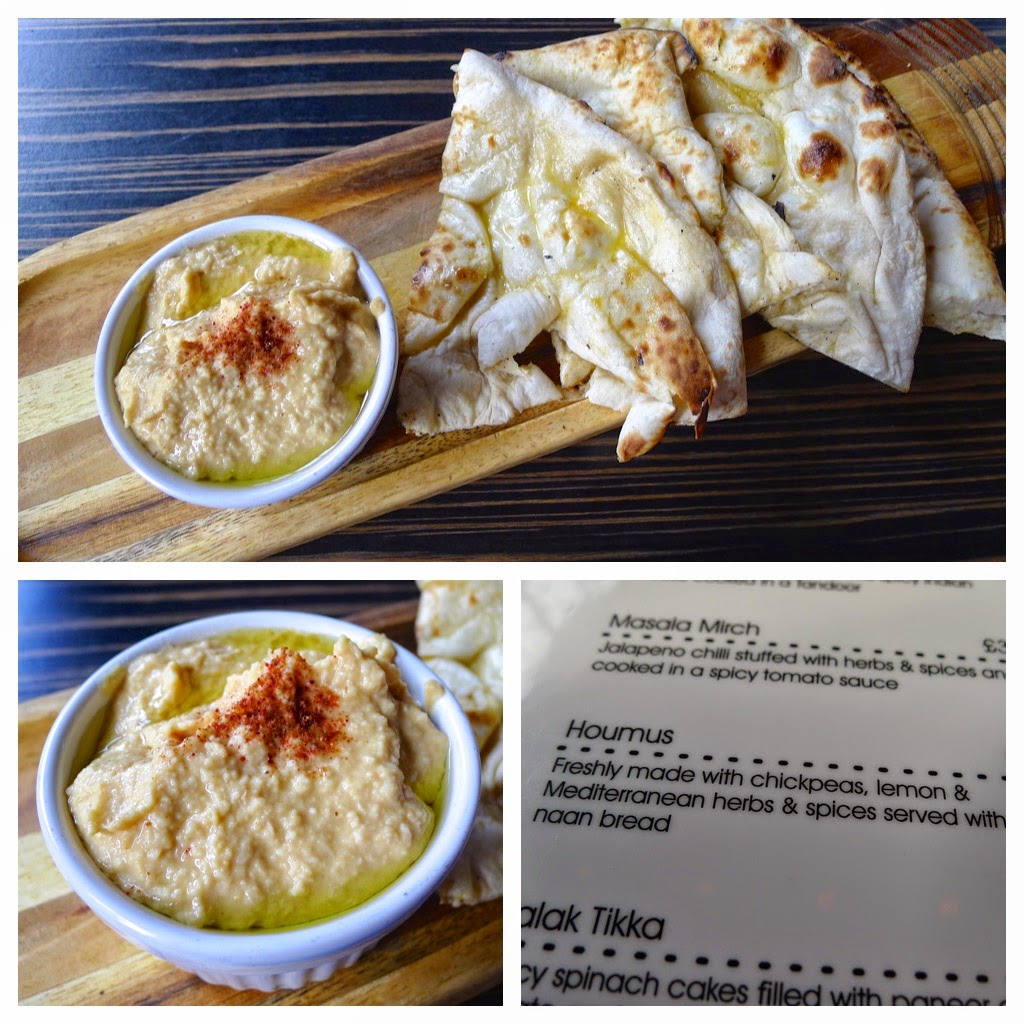 Houmus - freshly made with chickpeas, lemon & Mediterranean herbs and spices, served with a mini naan bread. It’s at this point in the meal that Zouk’s menu descriptions really started to intrigue me – I’m a little intrigued as to their definition of “freshly made” – does it mean made that day, or “freshly made” to order? I’d be even more intrigued to know exactly what “Mediterranean herbs” they are using in their recipe? None, I suspect. 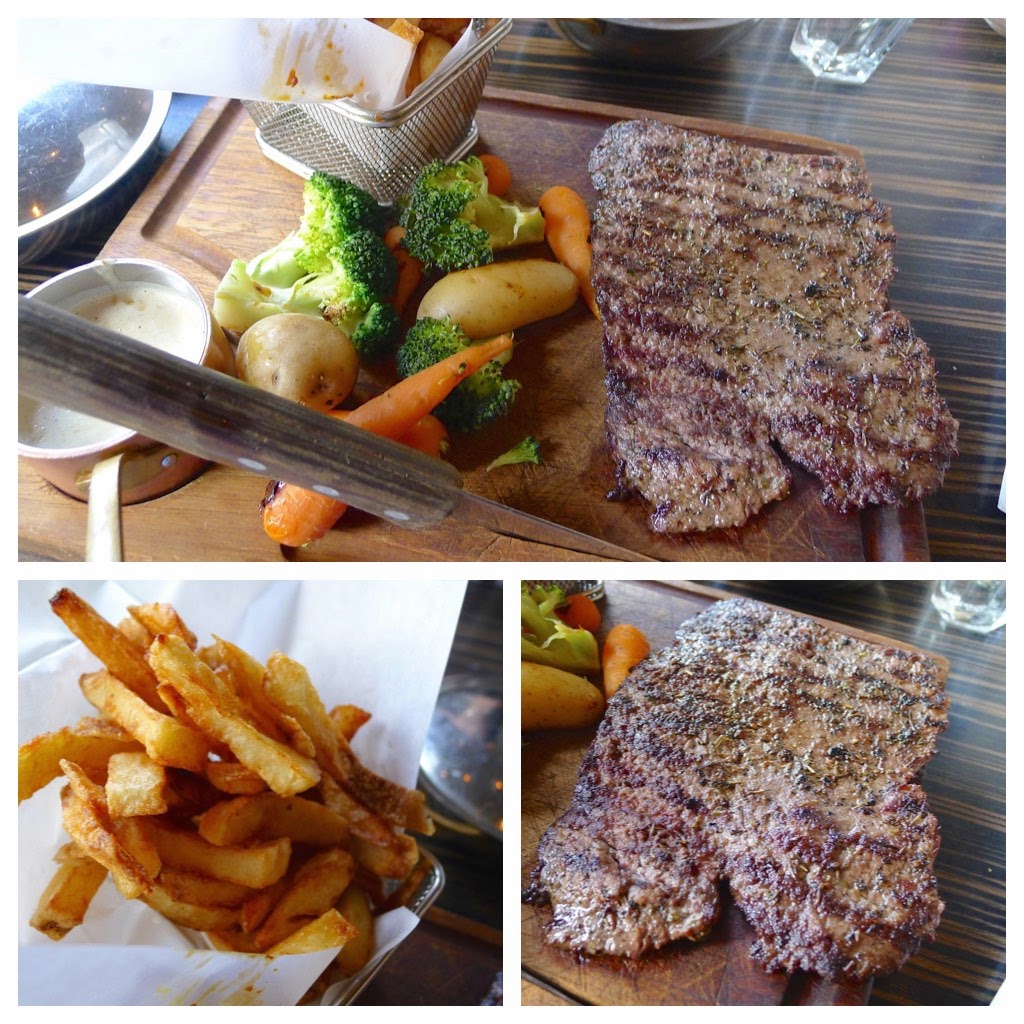 Also, do I need to know that the chips are “handcut” and, call me weird, but I generally assume chips are made from “potato” unless otherwise stated? Then there are “garden” vegetables. “Garden” not a farm; whose garden? Why not just say vegetables? “Seasonal vegetables” is an ok phrase, but then new potatoes, broccoli and carrots are not seasonal in the UK in March. 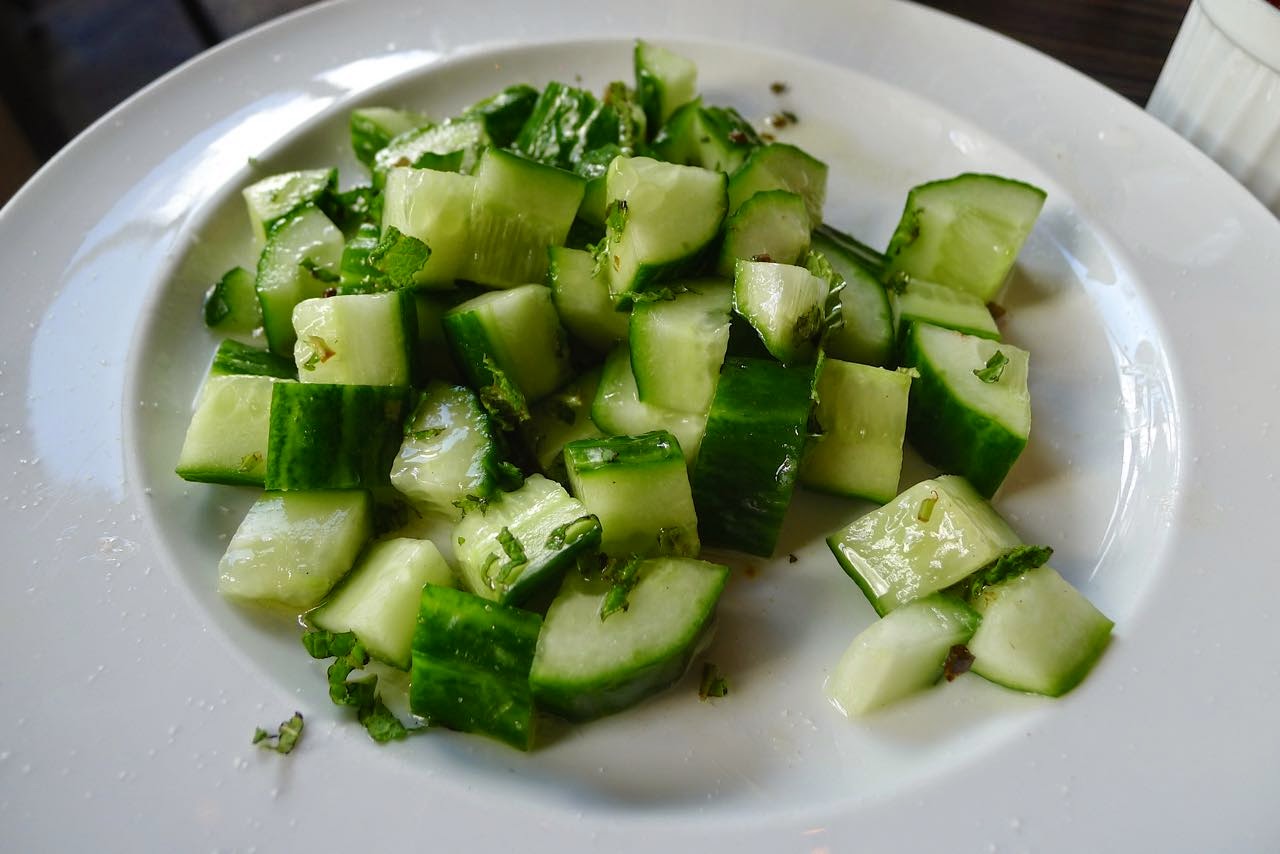 Allow me one more moan before I get onto the highlight of the meal – does a small piece of roughly chopped cucumber with a couple of shredded mint leaves for £3.95 constitute good value and what you’d expect of a Mint & Cucumber Salad? I’m not so sure. 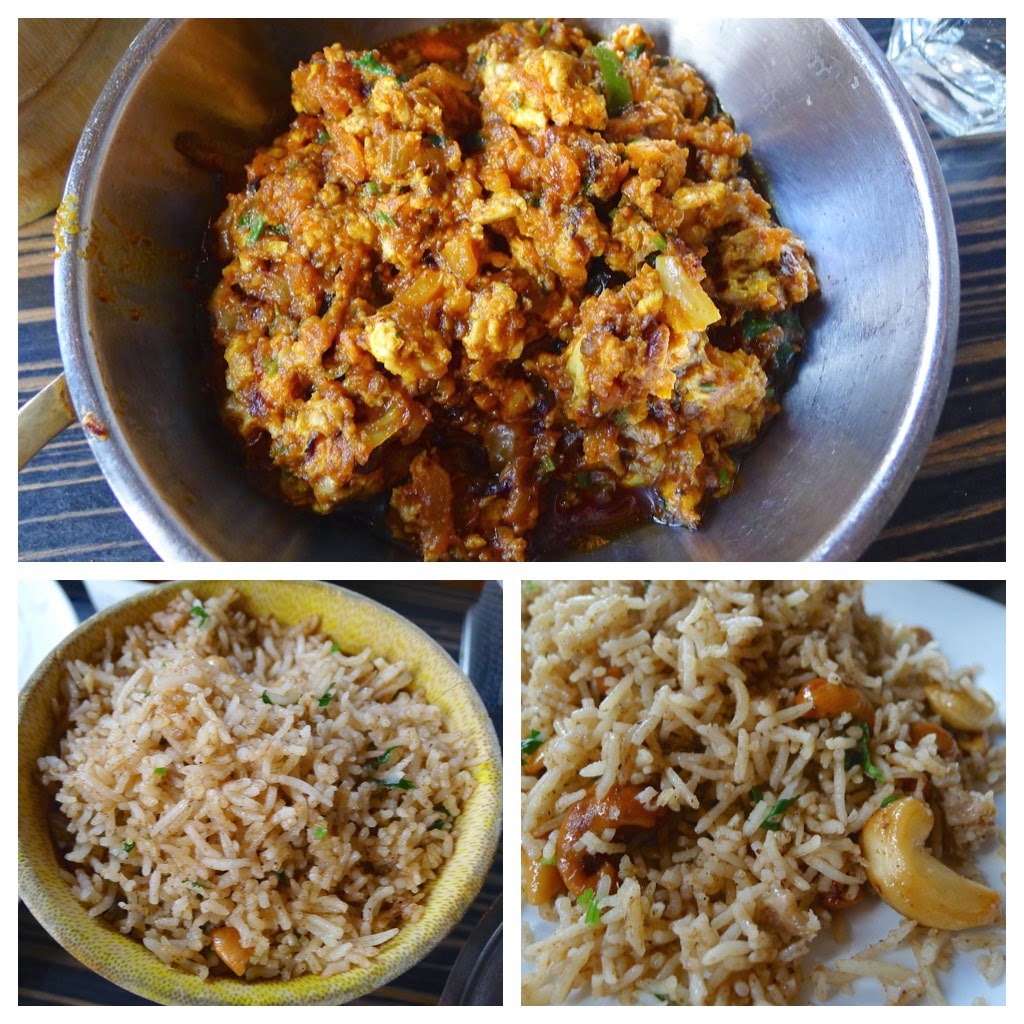 Let’s end with a positive… no, two positives! The Magaz – a Pakistani speciality of sheeps brain with onions, tomatoes, green chillies and garam masala was a delightful dish. I’ve had it here before but this version had great depth of flavour and was better than I remember. The Cashew Rice was also very good; the nutty taste and texture of the cashews working well with the soft brains.

Overall, the meal was very much a mixed bag, the unnecessarily slow service and inconsistencies with the food served as a good reminder as to why I’ve been sticking with Mughli.

The following week however, my wife relented and agreed to try Sadaf. I’ll write that up soon!