My first post since returning from my recent trip to Spain (Barcelona via Andalucía to see my parents) and it’s not about the culinary genius of the Adrià brothers; nor is it about the two Michelin starred cuisine of ABaC, Enoteca or Moments; or the Japanese influenced delights of Koy Shunka, Dos Pailillos or Pakta

As much as I am looking forward to writing about these places, they will have to wait for I want to share somewhere you are unlikely to find listed in any guide (least of all Michelin) - Venta Talillas. 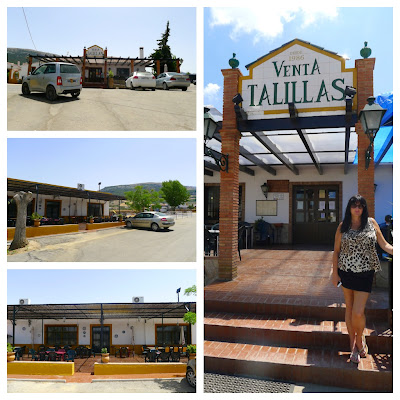 Before you get too excited and think I have discovered “the next big thing” – Venta Tallias is an ‘average’ family style restaurant in a fairly typical industrial farming town in rural Spain.

It is not a hidden gem - it's not a rose amongst thorns - it really is 'just' a standard local restaurant that serves the needs of the community... 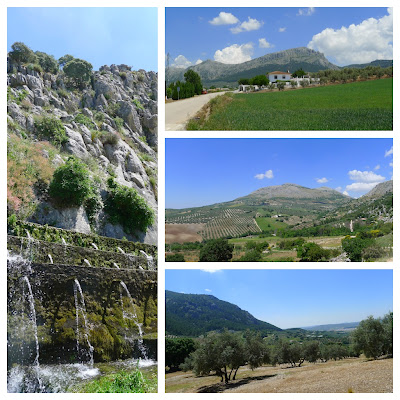 On the day we visited, the back room (which comfortably serves 150 covers) was set up for a Holy Communion party; the front room was soon also full of families (including a few expats who have made rural Spanish life their own) and, as always, every space at bar was taken up by the region’s olive farmers and other workers in their 'uniform' of navy blue work trousers and short sleeved checked or striped shirts.

Whilst the food at Venta Talillas is not exemplary in its excellence (especially the hackneyed stewed veg, which seemingly accompanies every dish), the menu is full of traditional national dishes and local specialities to a degree that is almost unheard of in British restaurants*.

(*A few notable exceptions, such as The Parkers Arms in the Ribble Valley, go beyond the token Lancashire Hotpot or Ploughman's and strive to serve quality local ingredients and regional dishes – but most places in Britain serve nowhere near the same amount of traditional foods as Spanish restaurants.) 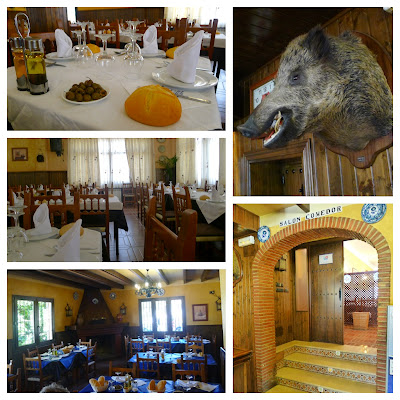 The menus at places such as Venta Talillas do not need to make ‘trendy claims’ about how their produce is locally sourced – you can take that as a given. 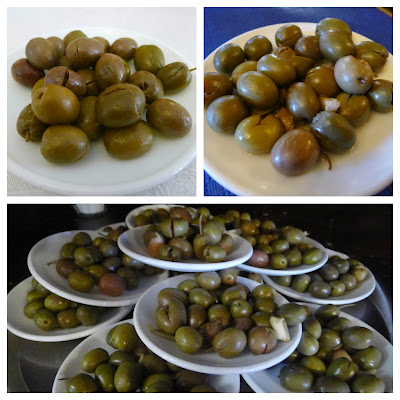 You can be certain that the Morcilla is made to a local recipe and the goats in their speciality dish Choto al Ajillo will have only recently been grazing in the surrounding olive groves, which produce the tasty Hojiblanca olives (There are no burgers, no chicken nuggets for kids, nothing is bread crumbed.) 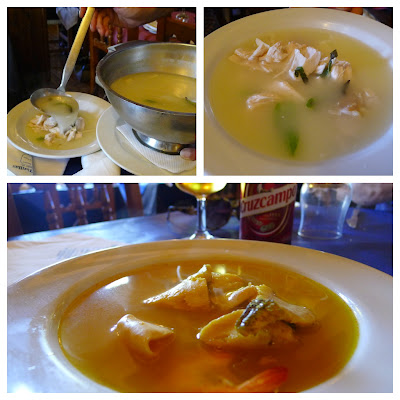 Sopa de Picadillo – a traditional hearty ‘peasant’ soup of chicken, ham and eggs, pepped up with mint and a slug of sherry. Sopa de Mariscos – a seafood soup, traditionally made with saffron, bay, garlic and paprika Media Ración de Morcilla Plancha – a half portion of black pudding, cooked simply with onions on the plancha grill to bring out the sweet, spicy flavour combination of herbs, paprika, garlic, onion and pig’s blood. 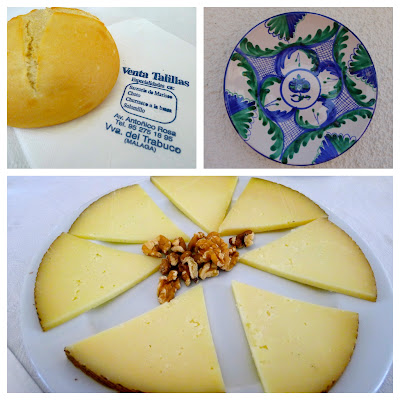 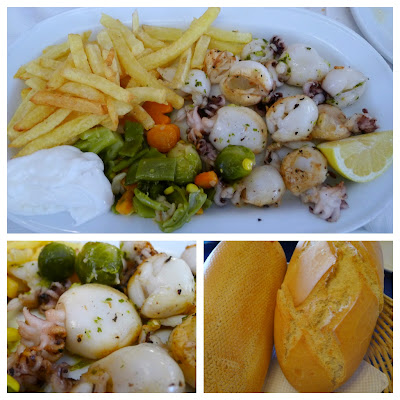 Chopitos a la Plancha - grilled baby squid cooked simply with a drizzle or oil and a few herbs (and the side of dodgy veg, chips and cheap mayonnaise). 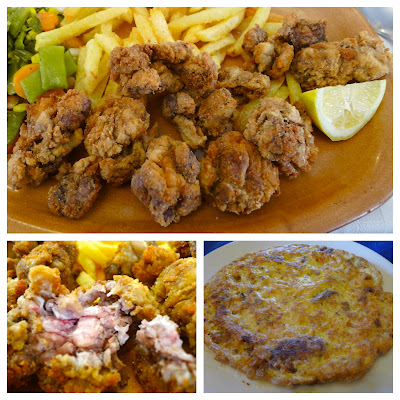 Sesos Rebozados – crunchy on the outside and deliciously soft and creamy in the middle, these ‘meatballs’ made with fried pigs’ brains were delicious, especially with a squeeze of lemon juice. Tortilla de Sesos – more brain pig’s brain, this time in an omelette. A little overdone for my preference. 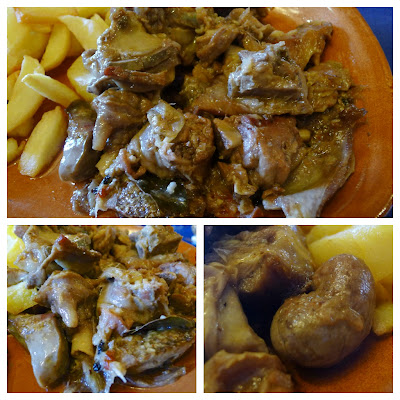 Choto al Ajillo – the house speciality of ‘kid’ with garlic – a ‘nose to tail dish’ making use of the heart, liver, kidney as well as the tender meat all cooked on the bone with the fat, tendons, sinews and cartilage for added richness - delicious!  (For this type of food in the UK, I’d have to travel to London to visit Fergus Henderson’s St John!) 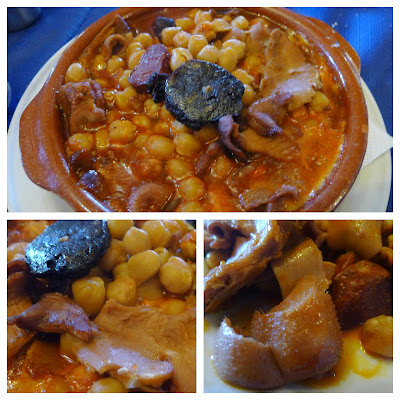 Callos – a favourite dish of mine; one that I’ll always order when I see it on Spanish menus. Popular in Madrid, Callos is a stew with ox tripe, trotters and chickpeas (garbanzos). Flavoured with chorizo, morcilla; and plenty of black pepper, bay, tomatoes, paprika and garlic. 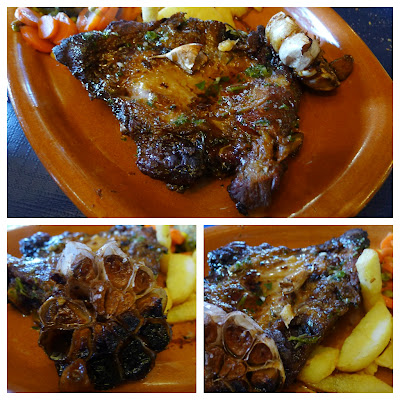 Costillón de Cerdo al Horno – my Dad’s favourite: meaty pork ribs cooked slowly in the oven with a blackened half bulb of garlic.

So, Venta Talillas may not be as unique, creative or critically acclaimed as the restaurants I went on to visit in Barcelona but, like many of its type in rural towns across Spain, it is in my humble opinion certainly no less special.