Catalonia is a region very close to my heart – as a child my family spent many holidays travelling around the bays, towns and medieval villages of the Costa Brava. 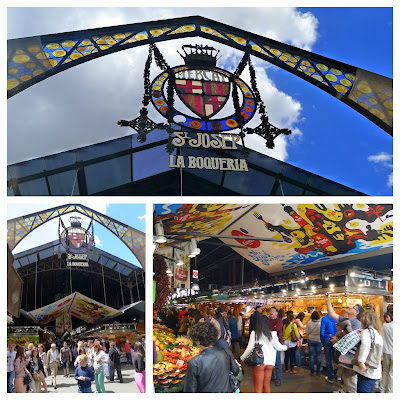 Each of us had our favourite places to visit - I favoured Sant Marti d’Empuries where they served the best paellas as well as Cadaquès and Figures for the Salvador Dali connections; my brother liked Tamariu where he could dive from the rocks and explore the old “Smuggler’s Path” and the beaches of Begur where we would walk along the cliffs to Cap Sa Sal, Sa Tuna or Cala d`Illa Roja to snigger at the ‘nudies’ (we were teenagers!) my sister on the other hand preferred sandy beach at Aiguablava where she spend the day soaking up the rays. 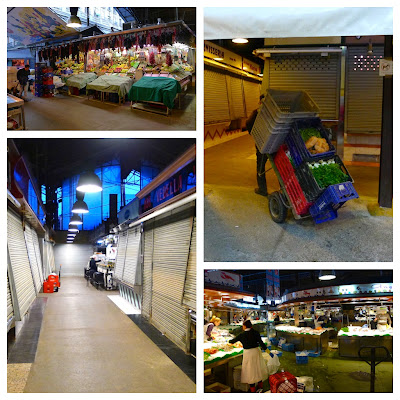 My mother liked the history of places such as Montserrat or the “old towns” - especially the quaint medieval village of Pals or the “pot village” of La Bisbal. 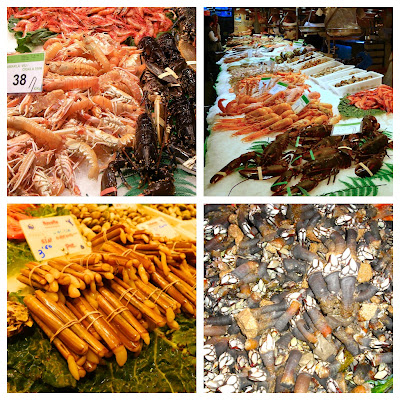 Food wise, us kids would generally want to share a paella or have fresh sardines cooked over coals on the beach – one time, my brother outdid the local harpoon wielding fishermen by emerging from the sea at Tamariu with an octopus straining in his children’s cane fishing net; which an obliging local restaurant duly prepared and cooked for us! 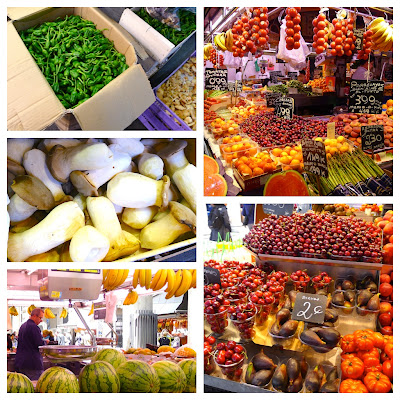 Occasionally we’d have to ditch our flip flops and get all dressed up so my parents could drag us to Roses for a meal at a posh “one Michelin starred” restaurant that served “Nouvelle Cuisine”. I can remember bemoaning this fact and sulking because I’d prefer to stay in the local square and have my favourite “Butifarra con Judías blancas”. 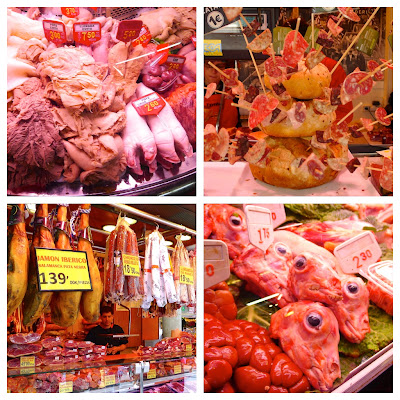 Thankfully, the restaurant went from strength to strength under the young chef de cuisine Ferran Adrià and we could never get a booking after that – el Bulli got its second, then third stars and I got my Butifarra! 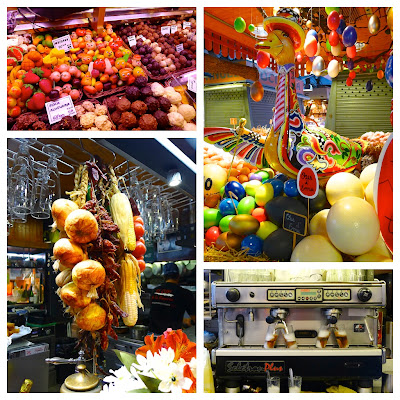 In later years, I returned to the region to study at Universitat de Vic (where the excellent ‘Salchichón de Vic’ comes from) whilst living and working at a school in Cerdanyola del Vallès – it was during this time that my love affair with Barcelona blossomed. 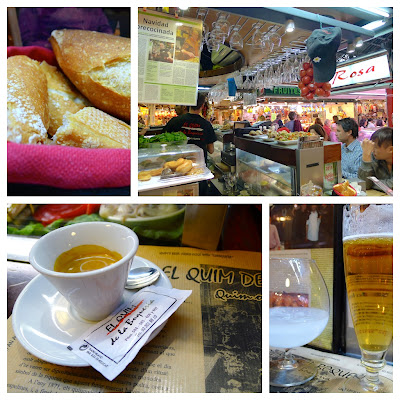 Memorable Barcelona moments included going to the Nou Camp for the Quarter Final of the Copa del Ray against Athlético Madrid - Brazilian Ronaldo bagged a hat trick for Barcelona and Pantić scored four for Athlético – goals from Figo and Pizzi rounded off the 5-4 win for the home side. 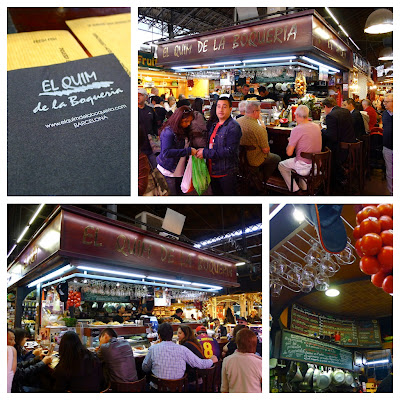 My other abiding memory is of Mercat de Sant Josep de la Boqueria – as a student with limited funds, I could not afford the fancy restaurants so eating at la Boqueria or picking up some fresh seafood and vegetables was the best option. To this day, whenever I visit Barcelona, it’s the first place I visit and home of many of my fondest food memories. 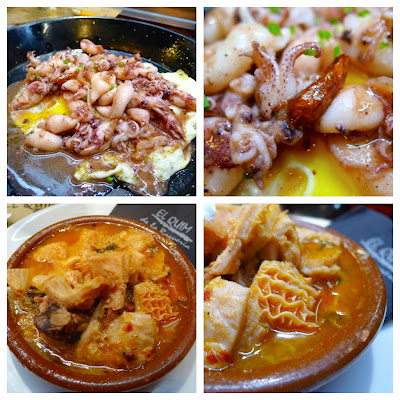 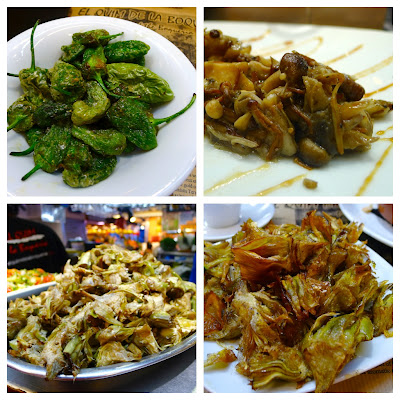 Of course, much of what is served is seasonal and showcases the best of what the market has to offer – two examples being, the ‘some are hot, some are not’ delights of Padrón Peppers (Pebrots del Padró), Wild Mushrooms (El plat de rovellons) and the exceptionally moreish Artichoke Chips (Xips de carxofes). 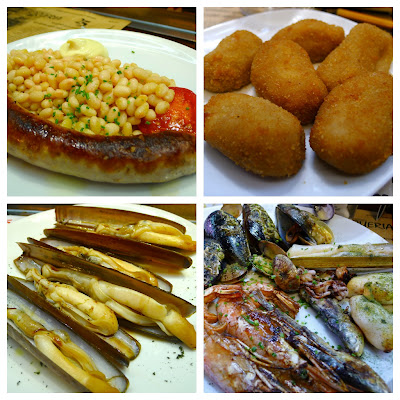 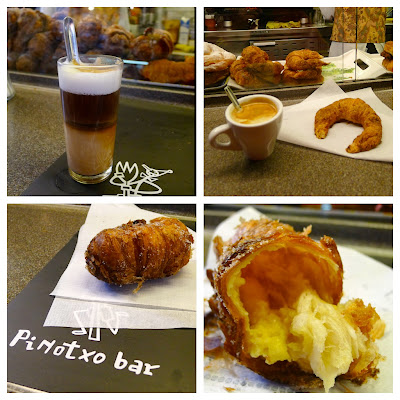 The market is officially open from 08:00 to 20:00, Monday to Saturday but fellow traders, homeward bound night workers, streetwalkers, insomniacs and early morning explorers (aka me) will tell you that the legendary Juanito Bayen opens his famed and celebrated Bar Pinotxo from 6am to serve coffee and viennoiseries pastries, including croissants and the Crema Catalana filled “Xuixo” - a regional speciality of Girona. 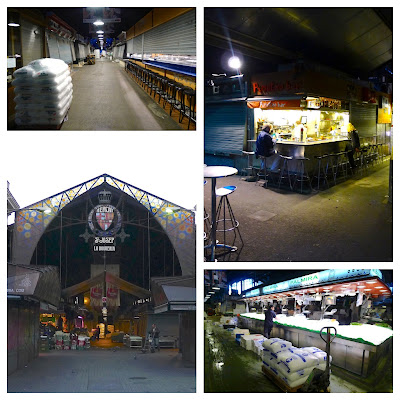 I love being at the market as it awakens for breakfast - the “ice man”, is amongst the first to arrive, followed soon by the fish and veg stall holders as they prepare their exquisite artistically arranged displays. By the time the chefs at the ‘Bars i Restaurants’ start to prep the day’s food the market has become a feast for the senses… 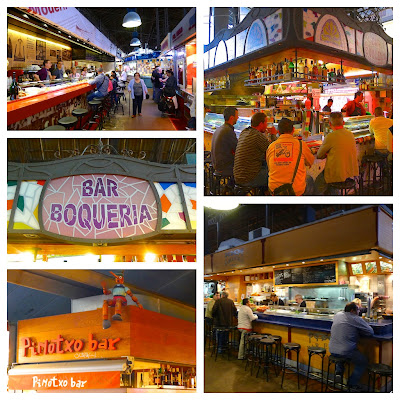 By 8am, la Boqueria is in full swing and the stools at El Quim and Pinotxo Bar remain the most sought after throughout the day. The best way to bag a seat at one of their counters is to hover behind someone who looks like they might be finishing up… then jump in their grave! 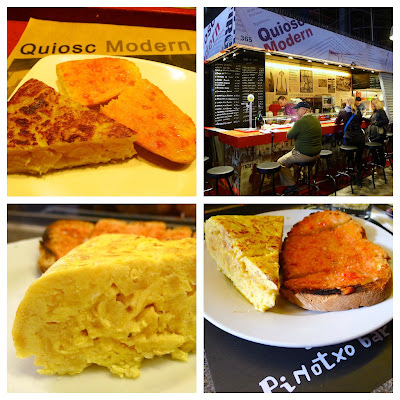 One of the most popular breakfast dishes served throughout the market is the Tortilla y “Pan con Tomate” (Truita de patates i el pa amb tomàquet.) Bar Quiosc Modern do a good version, as do Barcentral and Bar Boqueria but it is Pinotxo’s that has the edge for me. 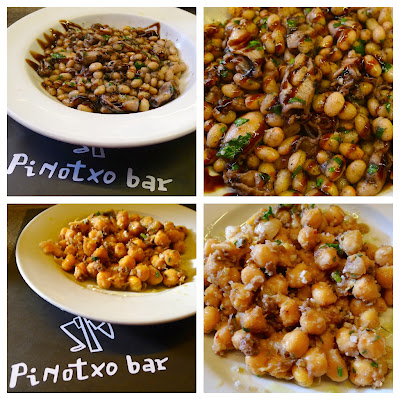 Other winning dishes at Pinotxo include their signature Pinotxo’s Chickpeas (Cigrons de Pinotxo) that differs slightly with the seasons but usually includes blood sausage, raisins and pine nuts, and the Chipirónes (baby squid) with Beans (Calamarsons amb mongetes) drizzled in a balsamic glaze. 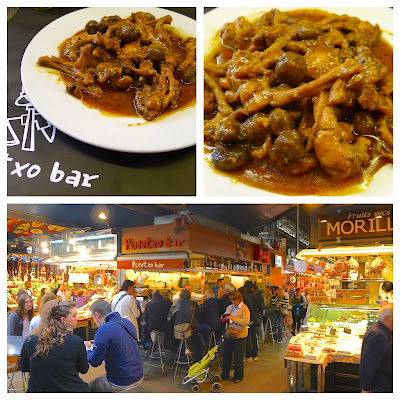 If the dish is available, the Rabbit Ribs with Button Mushrooms (Guisat costelles de conill amb bolets de botó) is a delightful choice, especially with some crusty bread to mop up rich tumaceous gravy.

If you are visiting Barcelona a trip to la Boqueria is a must.