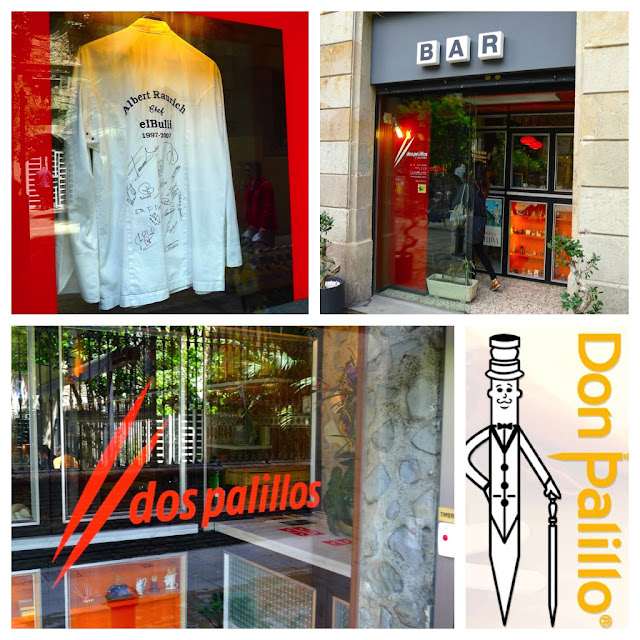 When I discovered that a restaurant called ‘Dos Palillos’ – two toothpicks – or ‘chopsticks’ had received a Michelin star, my interest was instantly piqued. 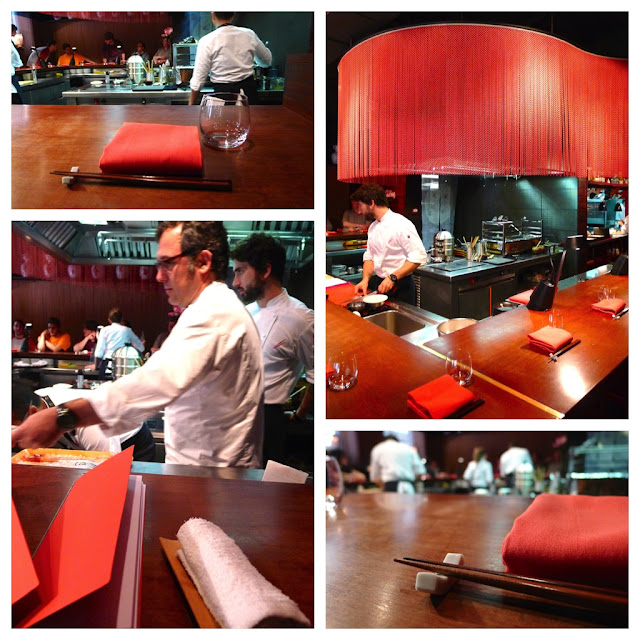 When I then discovered that it was operated by Albert Raurich - head chef at elBulli for several years and that “authentic Asian dishes were served in Spanish tapas style” – I was instantly sold. 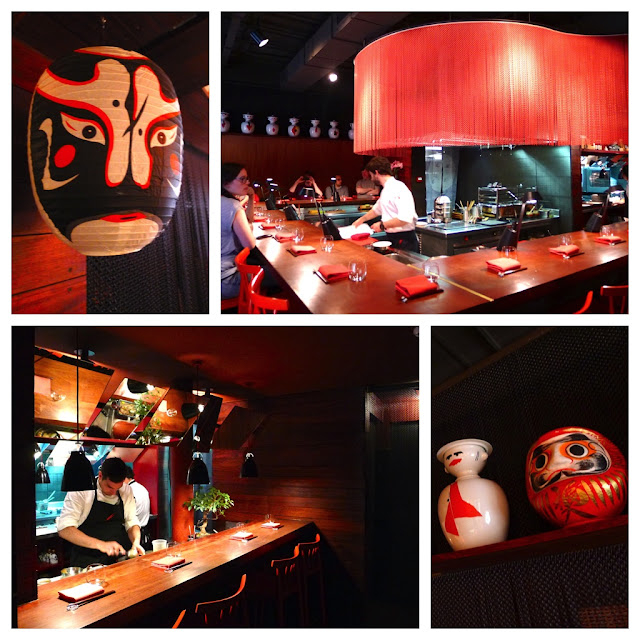 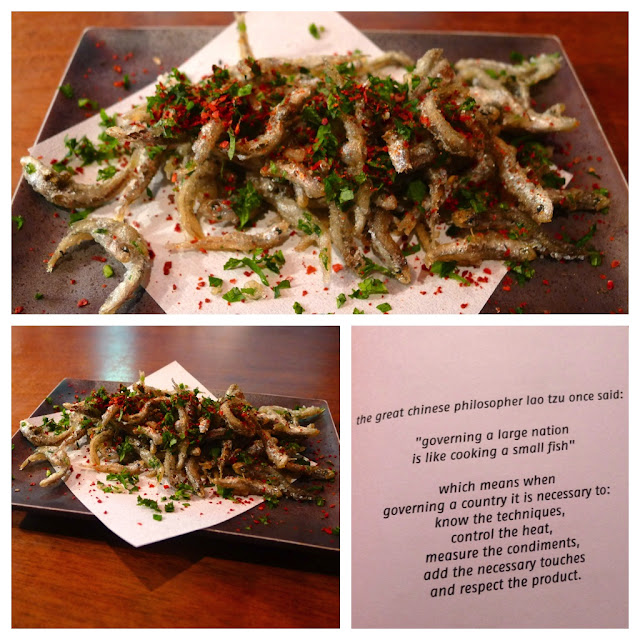 Whitebait Tempura sprinkled with shiso and dried umeboshi – crispy little delights that were not at all greasy. 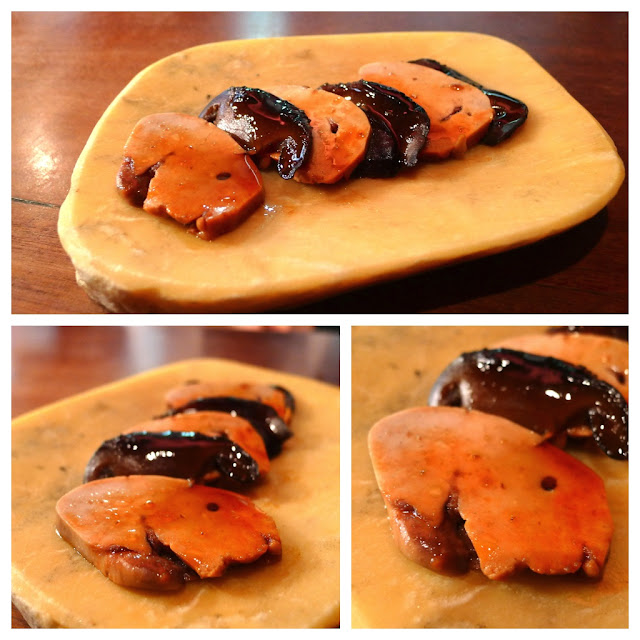 Homemade “Tsukudani” of Shiitakes & Monkfish Liver – having been simmered in soy and mirin, this was a simple yet delightful dish. 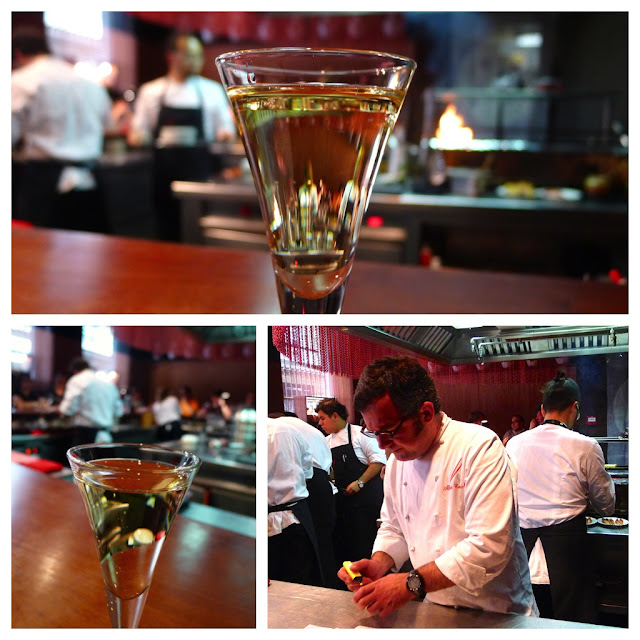 Umeshsour – although I am a keen Sake drinker, I’m not a fan of the Japanese plum liqueur ‘Umeshu’ but made into a simple cocktail with local Cava, it was surprisingly palatable. 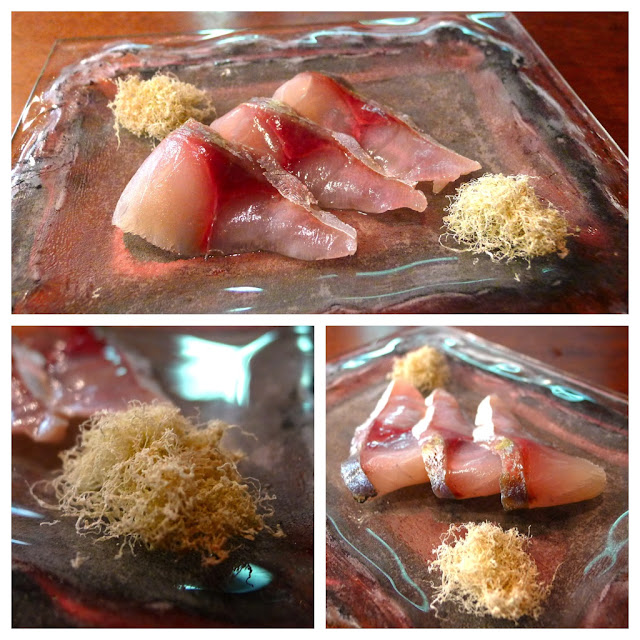 Mackerel with Tororo Konbu – as you’d expect, the mackerel was fresh and good quality with firm flesh but it was the tororo konbu that had been finely shredded which really delighted - it resembled seaweed flavoured candy floss and melted on the tongue! 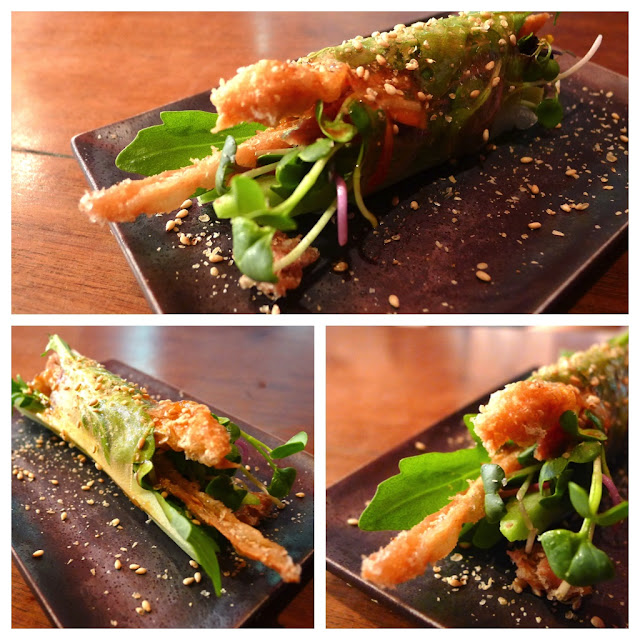 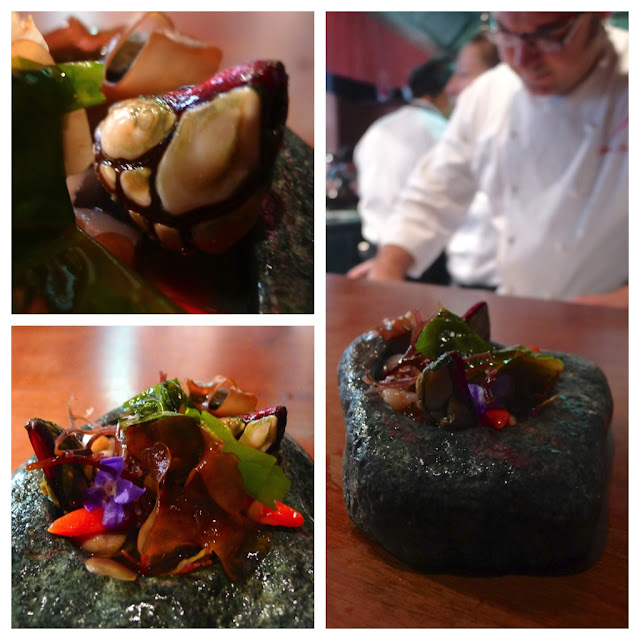 Sunomono with Seaweed & Mollusc – ‘sunomono’ refers to a salad style dish picked in vinegar and soy based marinade (sometimes mirin too). They often feature wakame, cucumber and/or daikon but this one was an absolute delight with a selection of fresh seaweeds (not the rehydrated stuff) and a beautiful selection of Spanish shellfish including sea snails, clams and the wonderful percebes (goose barnacle). 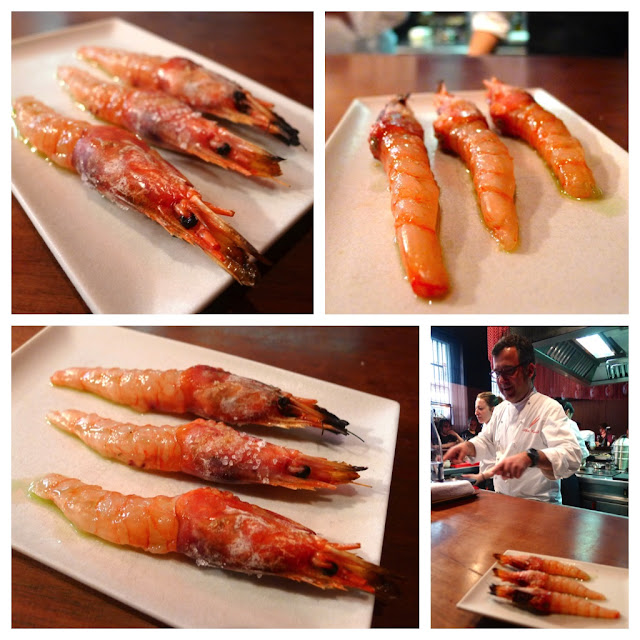 ‘Hot & Raw’ Prawn with Tea Oil – another simple dish that really delighted. The ‘hot’ refers to the fresh red prawn heads that are cooked on the grill and salted – the ‘raw’ alludes to the fact that the tail parts have no direct contact with the grill and are ‘cooked’ only by the residual heat traveling along the sweet tea oil basted bodies – brain suckingly good! 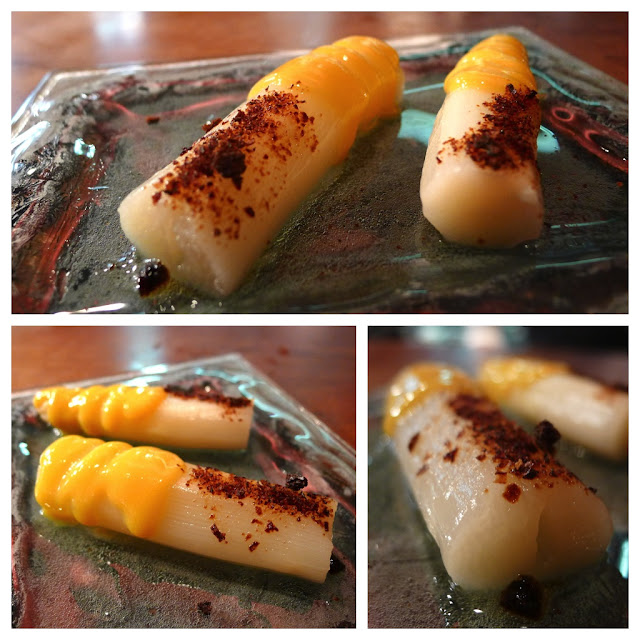 White Asparagus with White Miso & ‘Dried’ Soy – white asparagus is another of my all time favourite ingredients. The miso and soy were well judged so as not to overpower. 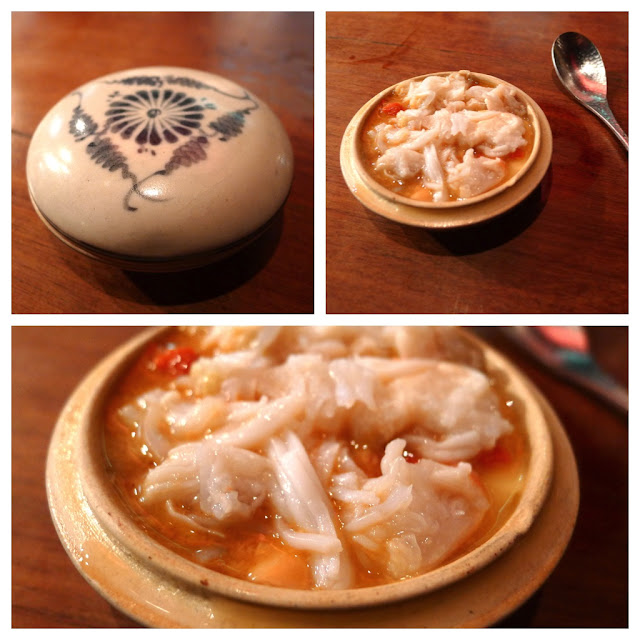 Chawanmushi with Dashi & Crab – another well-balanced dish, which allowed the gentle flavour of the steamed egg custard, light dashi and crab meat to synergise harmoniously; punctuated by burst of flavour from the “crab mustard”. 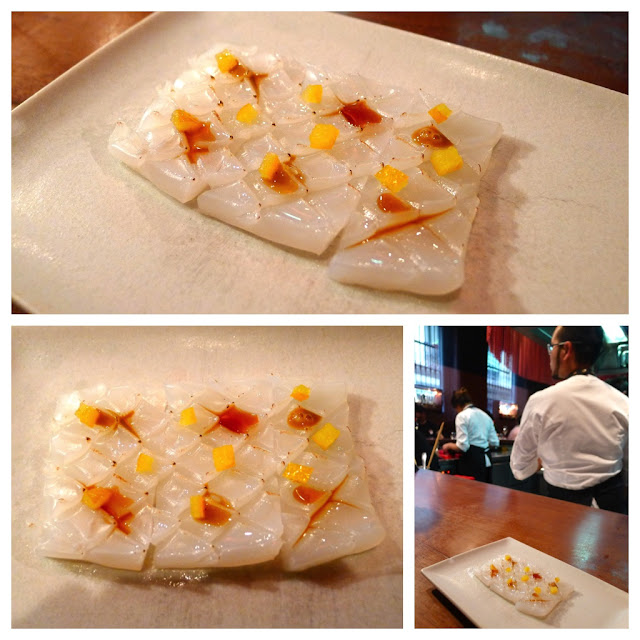 ‘Warm’ Squid Sashimi with Squid Essence & Yuzu – after a quickl blast from a flame and the residual heat from being served on a searingly hot plate it is perhaps a stretch to call this ‘sashimi’ – it was however perfectly just cooked and tender. 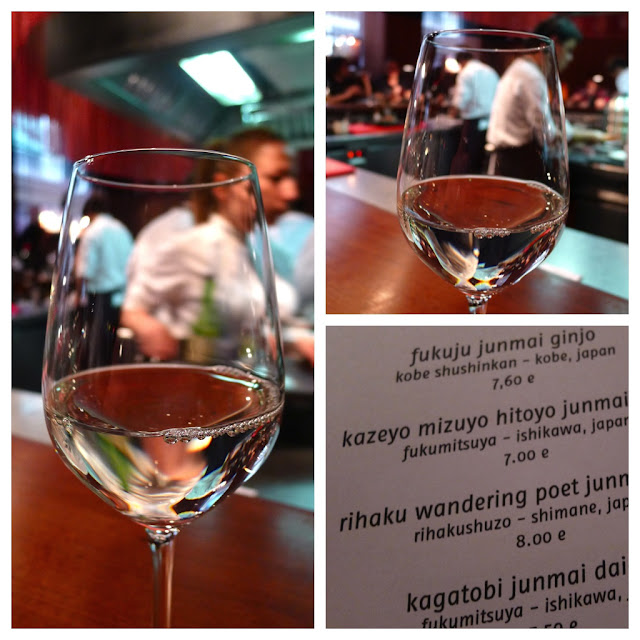 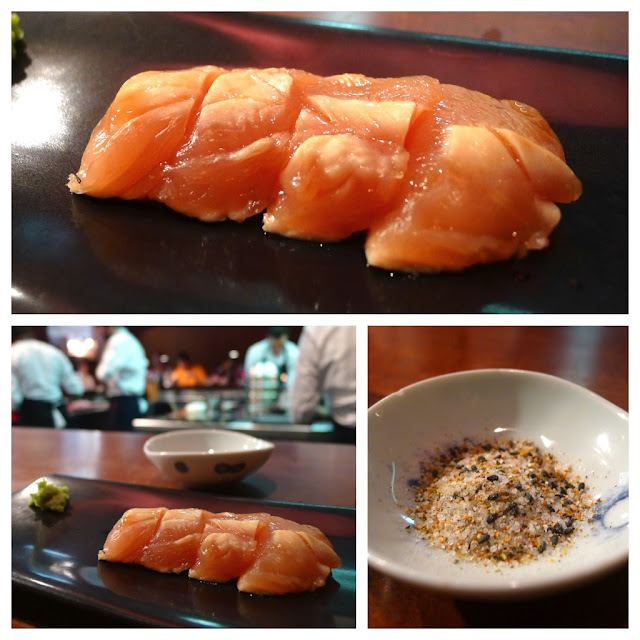 Sashimi of Free Range Chicken Sasami – the word ‘sasami’ essentially refers to what UK diners would know of as a ‘mini fillet’. Then Japanese word for chicken sashimi is ‘toriwasa’. As long as you can ‘guarantee’ the meat is salmonella free, I highly recommend it – delicious! 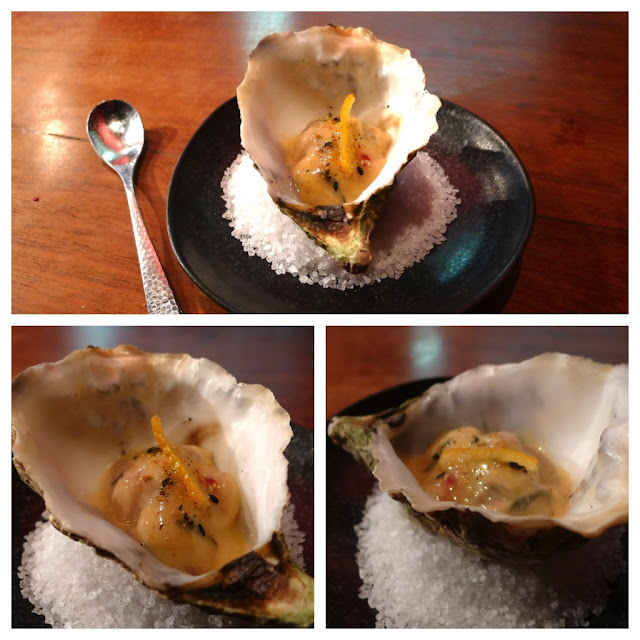 Oyster & Bone Marrow “Doteyaki” with White Miso – quite simply ome of the must delicious osier dishes I’ve ever eaten… sublime! 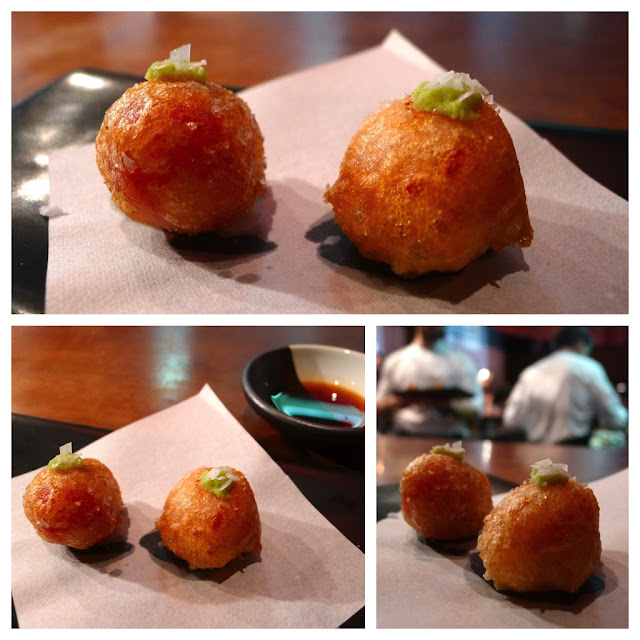 Cherry Tomato Tempura with wasabi & salt and a soy & ginger dipping sauce. Once the red-hot centre had cooled a little, these were great little things to eat. 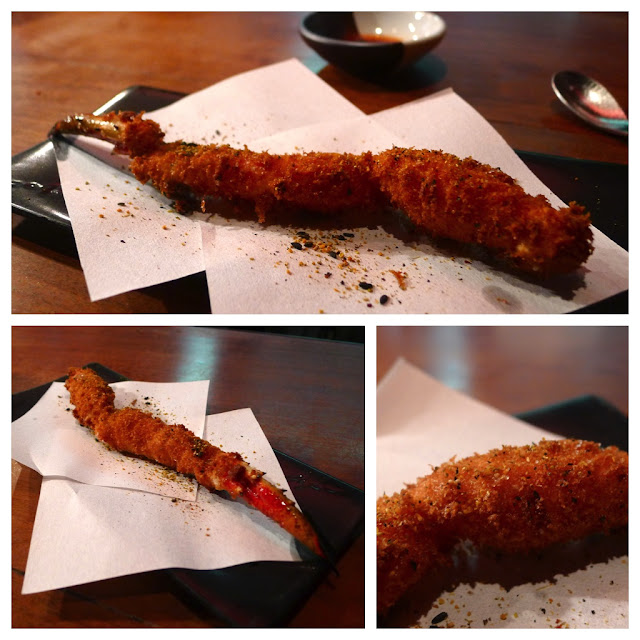 Crab Leg Katsu – I’m generally not the biggest fan of bread crumbed dished like tonkatsu and alike and this was no expectation but I can see how the Spanish with their love of croquetas would love it. 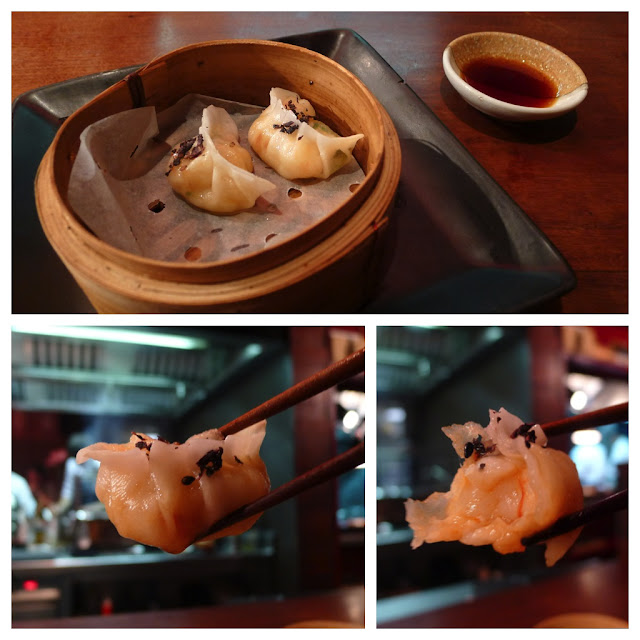 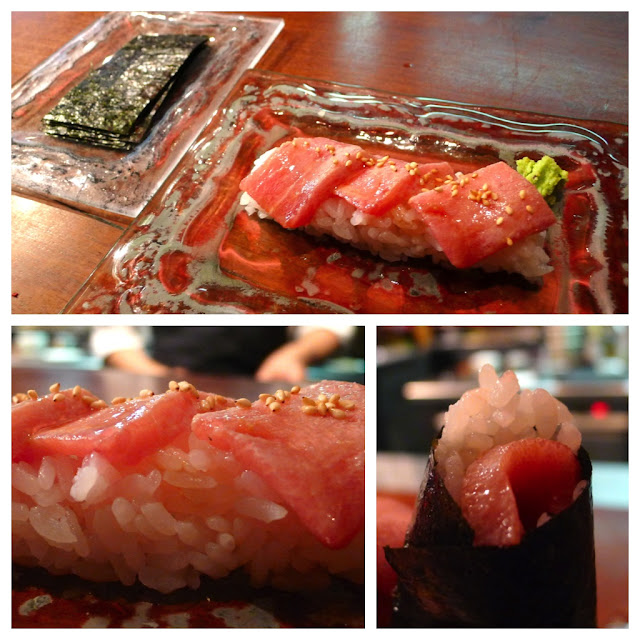 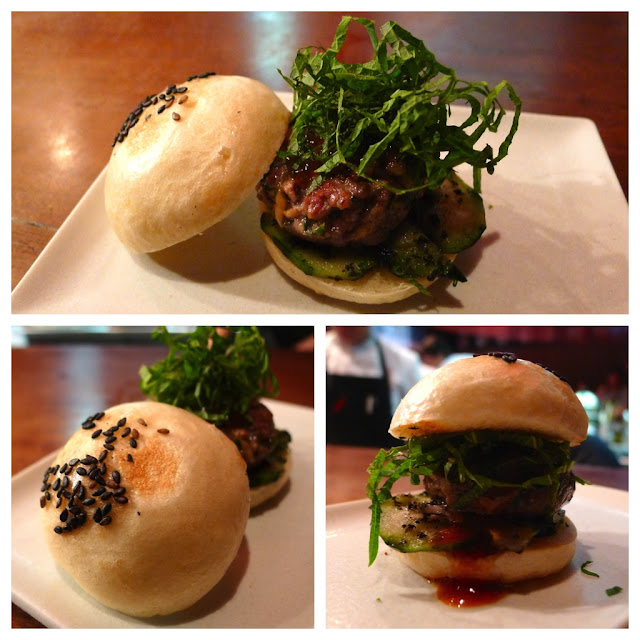 Nippon Burger – made with a homemade steamed bread bun, a medium rare beef patty, ginger, cucumber and shiso, the ‘Nippon Burger’ is one of Dos Palillos’ signature dishes. It looked the part but I found it a bit soggy for my taste. 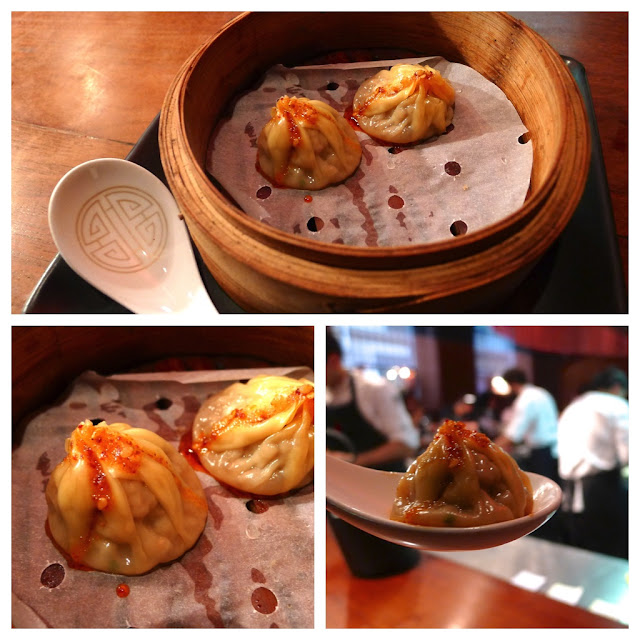 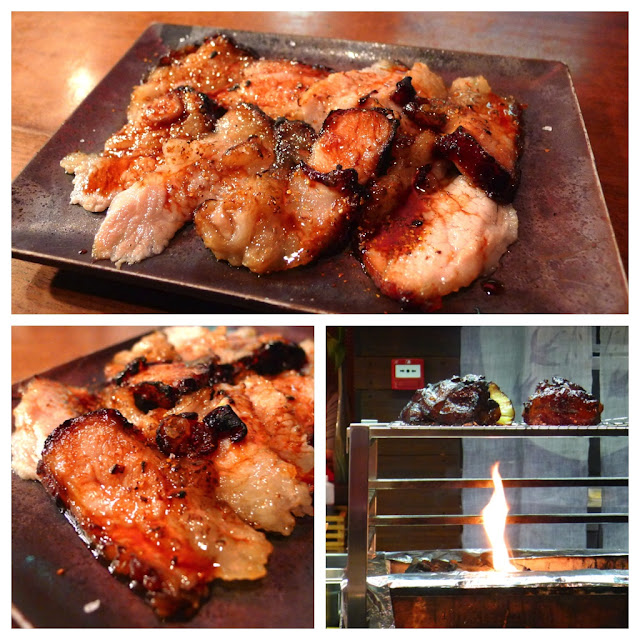 Iberian Pork Jowl Cantonese Style – I was sat in front of the grill and could see the great hunk of pork jowl dripping its delicious fat and juices to make the fire flare throughout the duration of me meal and homed some would come my way. It turn out it had been slow cooked for twelve hours at 65 degrees before being caramelised on the grill – unctuous and utterly amazing! 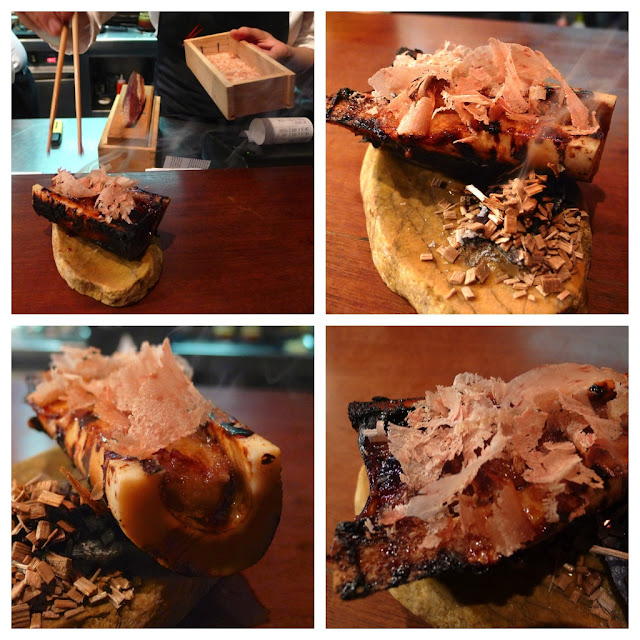 Bone Marrow with Bonito – after the last dish, I thought to myself if I never eat another thing I’d die a happy man and then this dish was served. Molten bone marrow with freshly flaked bonito and the aroma of charcoal – one of the best things I have eaten… like, ever! 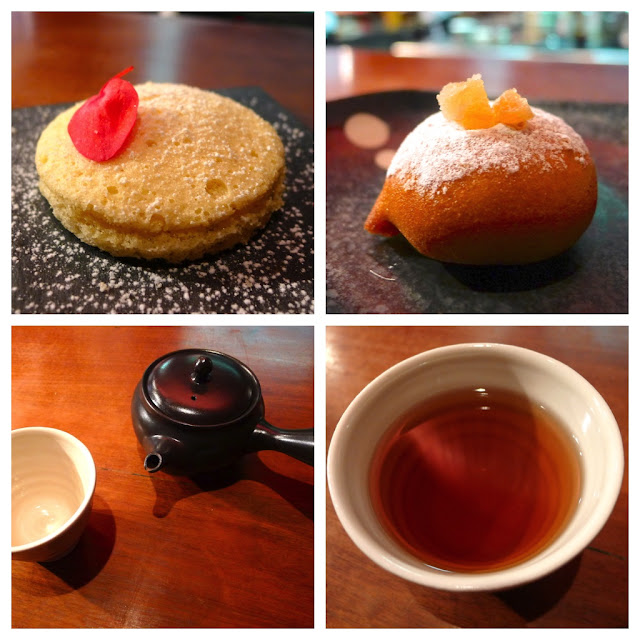 Desserts Yuzu Dorayaki and a Chocolate Ningyo Yaki followed by a ‘King of Pu-Erh’ Tea from the Yunan region of China.

The meal certainly lived up to – and exceeded – my expectations. Perhaps not as ‘progressive’ as one would expect from a former elBulli Chef de Cuisine but it certainly delivered on flavour. Service was great too and Chef Albert Raurich was friendly and chatty to everyone.