Since the Restaurant Magazine first published their Top 50 list (in 2002), only five places have achieved the accolade of being named the Best Restaurant in The World - el Bulli, The French Laundry, The Fat Duck, Noma and, most recently, El Cellar de Can Roca.

Foodies will not need it pointing out that two of these ‘temples of gastronomy’ are not only in Spain but can be found in the autonomous community of Catalonia. Partly thanks to such places, the region’s capital, Barcelona, regularly tops or features in lists of the best 'food cities'. 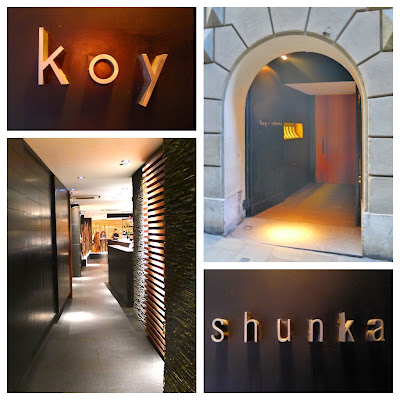 The availability of quality Catalan cuisine has not only been a recent thing - ‘El Llibre de Sent Soví’ by an unknown author (c.1342) is a collection of dishes, many of which still influence the regions specialities, including ‘picada’ and ‘sofrito’.  Later, (c.1520), Rupert de Nola, a chef for King Ferdinand of Aragon, published ‘El Llibre del Coch’ written in his Catalan, a langue distinct from ‘Castillian’ Spanish.

Whilst many of the world’s great food cities base their success on being a ‘melting pot’, history has perhaps played a part in Catalonia’s predilection for local dishes - for forty years, the dictatorial reign of General Franco suppressed significant aspects of the Catalan identity – including language*, culture and cuisine.

(*One example being: after the civil war the fascist authorities forced all references of Catalan (and any non-Spanish) language to be removed from public display and replaced by Spanish names. The owners of the London Bar elected to conceal – rather than destroy – the original signage, which is why it has survived to this day.) 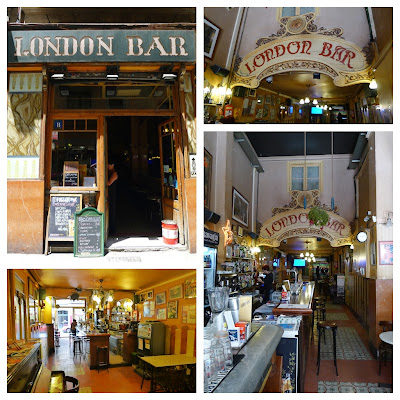 After such oppression ended, Catalonians naturally became keen to re-establish their autonomy, language and culture and, as such, are fiercely defensive of their traditional dishes - and proud of their ability to creativity to create the new**.

(**If you have ever considered where the likes of the Adrià and Roca Brothers get their creativity, just think how the region was also produced Miró, Dalí and Gaudi.) 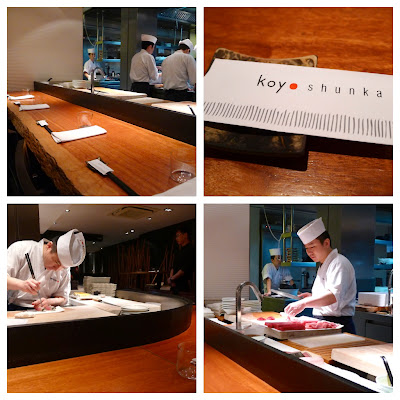 With this in mind, its unusual for restaurants specialising in ‘foreign cuisine’ to do well in Barcelona, but in recent years Japanese food has been becoming ever more popular – especially since former elBulli head Chef opened and earned a Michelin star for his ‘Pan Asian’ inspired Dos Palillos – success soon to be followed by his former colleagues with the Adrià brothers Japanese/Peruvian place Pakta.

Translating as “intense aroma of the season”, the star of the city’s ‘Restaurantes Japonés’ having received its first ‘Estrella Michelin in 2013, is undoubtedly Koy Shunka – opened as a fine dining establishment in 2009 by Chef Hideki Matsuhisa after the success of his more informal Shunka. 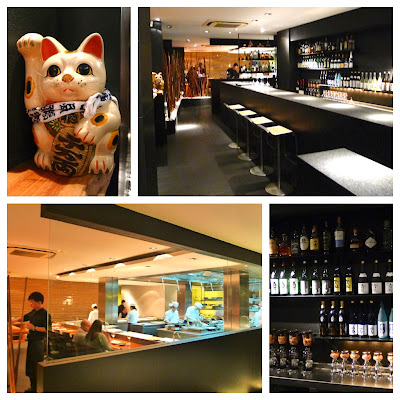 The space at Koy Shunka is dominated the huge open kitchen were a light hearted and jovial bunch of itamae perform.  The counter seats are reserved for diners eating from the Omakase set menus, whilst those eating a la carte take up positions at the surrounding tables and bar stools.

Having intended to have the larger Menú (G)Astronómico, we eventually settled on  the smaller Menú Koy as we were informed they were out of lobster, sea cucumber and red mullet (although red mullet featured on both). Menú Koy – I’m not going to go into detail about every dish but each featured delicious, fresh ingredients – prepared and served creatively with care and consideration. 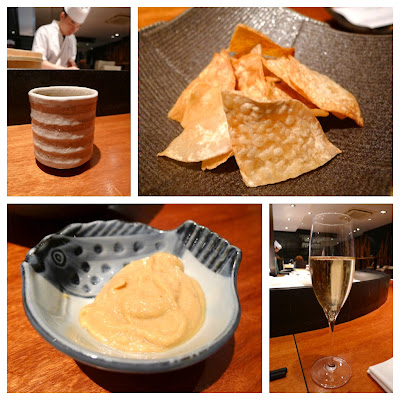 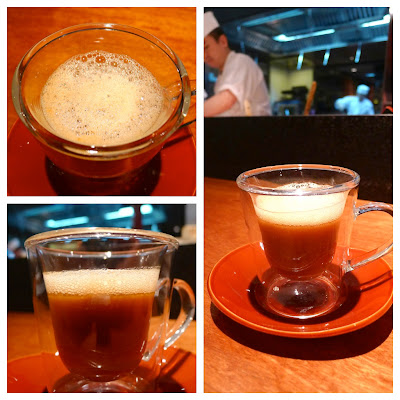 Miso – a delicious flavour full take on the traditional way of serving. 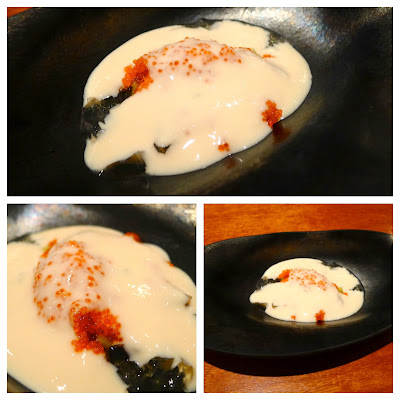 Cream of Tofu with tobiko, cucumber and dashi jelly – a stunning dish; my favourite of the set. 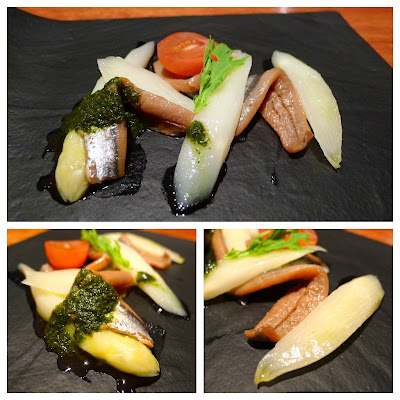 White Asparagus from Gavà with anchovies and a mitsuba “pesto” 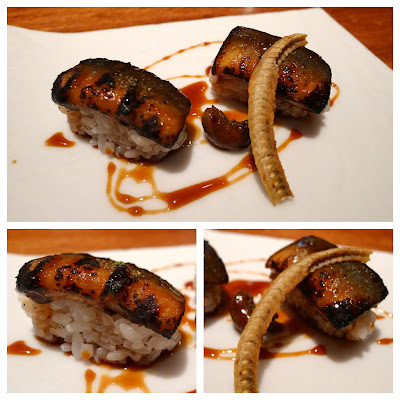 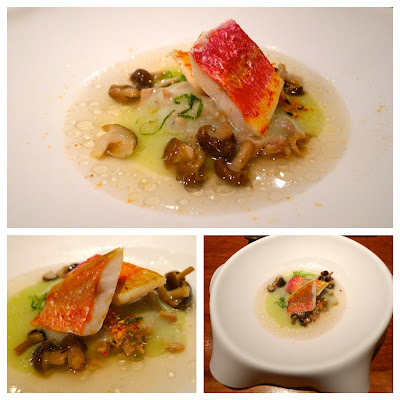 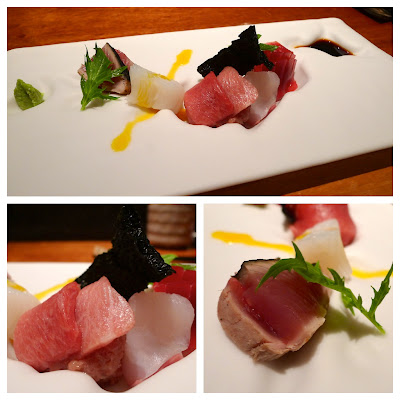 Sashimi – Bonito, Ika (squid), Tuna 3-ways (Chutoro, Otoro and chopped Otoro), Snapper, Maguro with a Seaweed Crisp – making use of the wonderful produce of the Mediterranean. 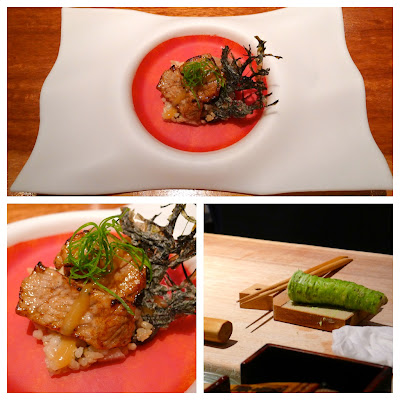 Lightly Roasted “Toro”, Brown Rice with Fresh Wasabi and a tiny dice of shimeji mushrooms and a white miso sauce 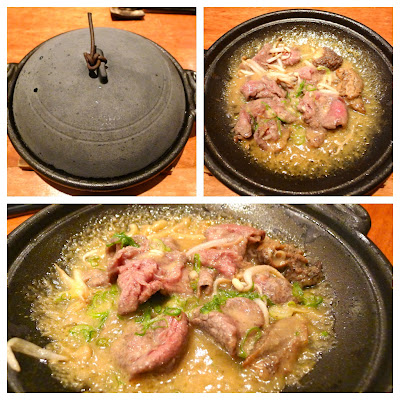 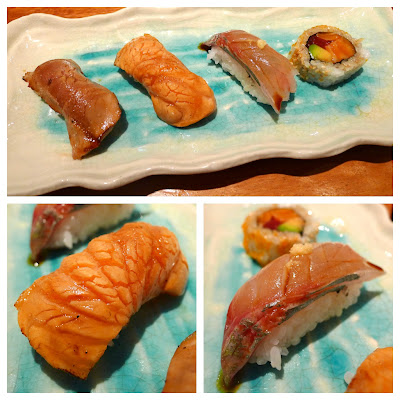 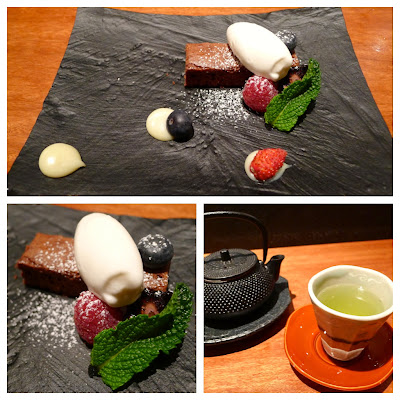 Koy Shunka is considered by many as being among the best Japanese restaurants in Europe - it certainly was, "Muy bien!"