When a Michelin-starred chef launches a second restaurant, there’s always going to be a buzz about. When a multi-starred chef opens a second, the jungle drums really start to beat. 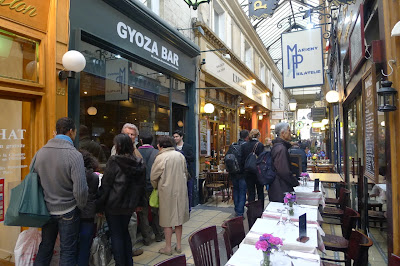 I imagine then, that Parisian tongues started to wag when at the start of 2012, chef Shinichi Sato and Guillaume Guedj of Passage 53 (see here) opened another eatery next door but two at No.56 - and what thoughts when they discovered it would not be another gastronomic temple of haute cuisine, but a humble gyōza bar? 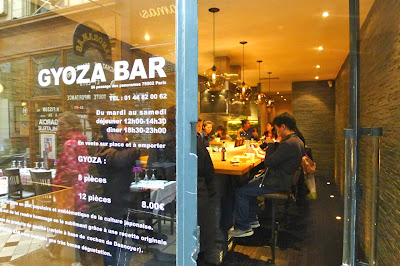 Originally hailing from Hokkaido, Sato loves gyōzas and is a well renowned master ‘gyōzier’ (my word for it). With his ambition achieved to become the first Japanese chef in France to be awarded two Michelin stars, he has realised another dream with Gyōza Bar. 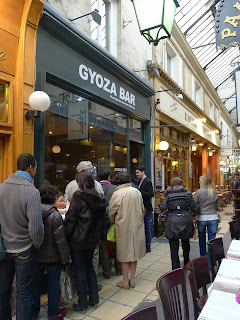 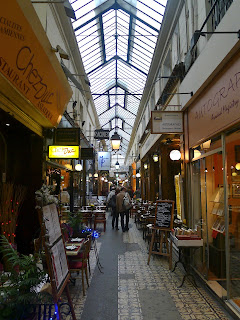 Having been built in 1799, Passage des Panoramas is well known to sightseers as ‘the oldest covered walkway in Paris’. Over the centuries it has undoubtedly seen many diverse comings and goings, but in amongst what are mainly touristy bistros, Gyōza Bar adds an authentic taste of Japan, served up in décor that adds splash of industrial New York-esque chic. 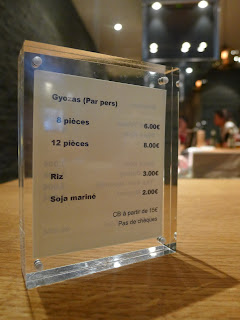 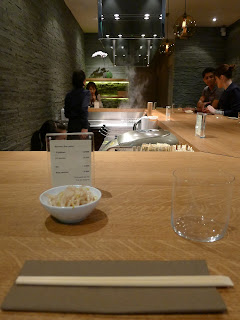 There are twelve counter seats where diners can choose to order either 8 gyōzas for €6 or 12 ‘pièces’ for €8 – naturally, I selected 12 – oh, and another 8 to take away (well, they were the best gyōza’s I’ve ever had!) Judging by the queue building up outside before they opened, they seemed to be getting a few other seals of approval. 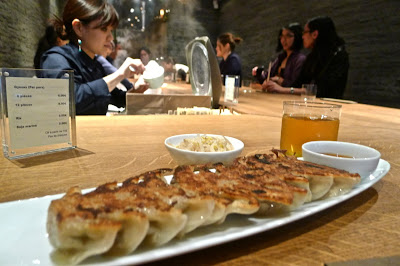 For anyone not familiar with gyōzas, they are a type of dumpling that can be boiled, steamed or fried. Usual fillings include meat, seafood and ‘yasai’ (vegetables); commonly cabbage, negi (leek) and garlic chives. Japanese gyōzas are typically more garlicky than their Chinese ancestors, the ‘pot sticker’ (which should be good for the French palate.) 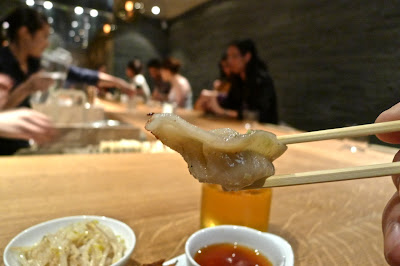 At Gyōza Bar there is only one variety available – filled with Hugo Desnoyer’s prime pork loin, leek, garlic and ginger. At Gyōza Bar the dumplings are prepared using the pan-fried method called ‘yaki-gyōza’. 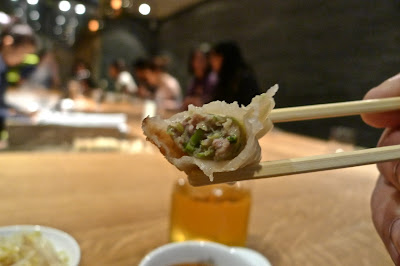 The ‘yaki-gyōza’ method involves them first being fried on one side, creating a crispy skin that adds flavour and texture. Water is then added and the pan lid sealed for the upper part of the gyōza to be steamed. 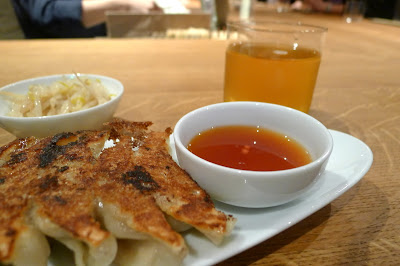 Sato’s gyōzas are served with a ‘ponzu shōyu’ made with soy, lemon and grapefruit (pamplemousse) – not my favourite dipping sauce*, but tasty nonetheless. (*I like sauces made with the Japanese chilli oil, ‘rāyu’.) 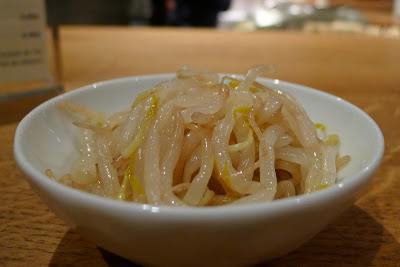 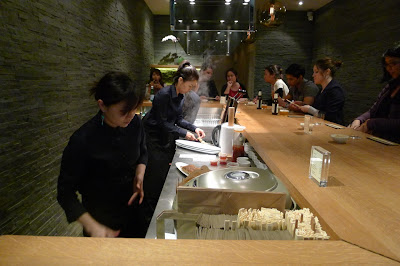 A fab little place – when in Paris, check out the covered walkways and wherever you plan to eat, save a little room and stop by in Passage des Panoramas for some of the best gyōzas you may ever get a chance to try – or if you are less greedy then me, I suppose you could just about make a meal of it?