Septime promised a lot. Chef / proprietor Bertrand Grébaut learned his craft under the tutelage of the mighty Alain Passard at L’Arpege. In 2008 Passard put his trust in the young protégé and offered him the head chef position in his new l'Agapé restaurant. Passard’s faith in the young talent was justified when in the first year of l'Agapé’s opening, at the age of 27, Grébaut went on to become the youngest French chef to win a Michelin star. 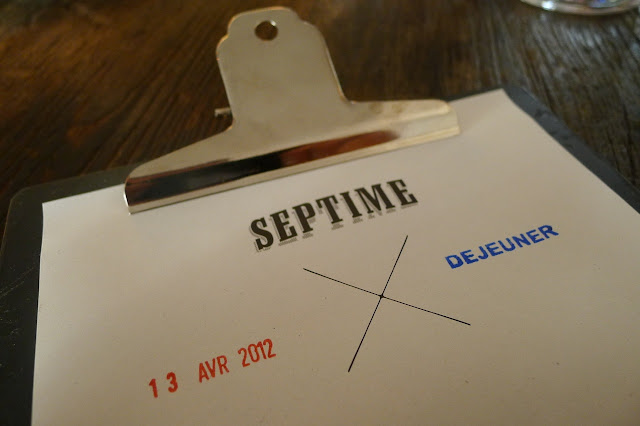 A couple of years later, he left to go travelling and broaden his culinary education before returning to Paris upon receiving an Evain-Badoit grant, to open Septime (named after Monsieur Septime, the main character from cult comedy ‘Le Grand Restaurant’) with his old school friend Théo Pourrait, heading up the front of house. 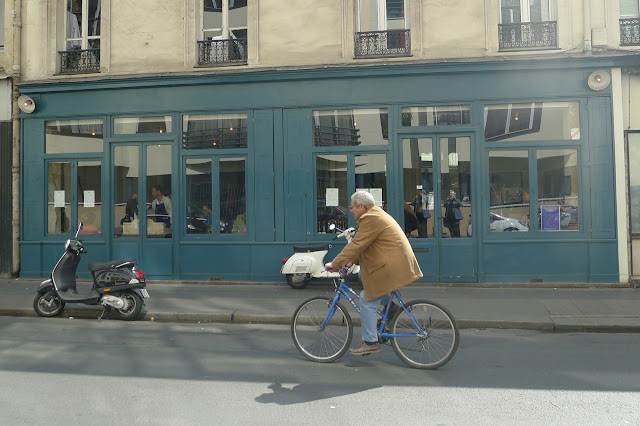 Having first been made aware of the restaurant through a tweet by James Lowe from the Young Turks, who called it ‘fabulous’, of all the places earmarked for our recent Gallic gourmet trip, Septime was the one that I was looking forward to the most. This was reconfirmed after speaking to chef Ryan Clift from The Tippling Club in Singapore who was full of praise for Bertrand Grébaut after working alongside him the previous month as part of ‘L'Omnivore Tour’. 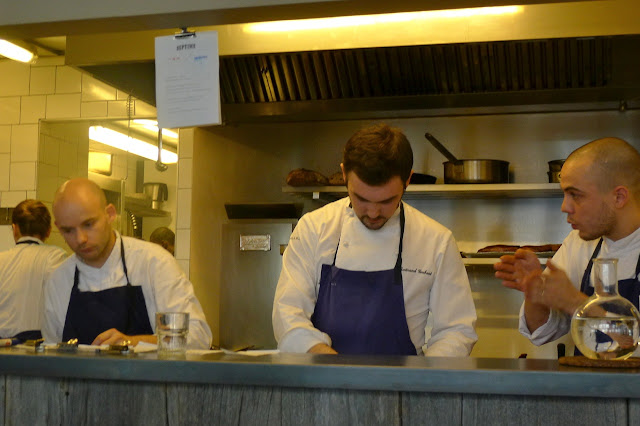 Sadly though, based on our lunchtime experience, it did not quite live up to expectations. Part of the problem was to do with our perceived ‘value for money’ – we selected the ‘reasonably priced’ (by Paris standards) €55 carte blanche menu, which included ‘5 étapes’ – two ‘entrées’, two ‘plat principals’ and dessert. 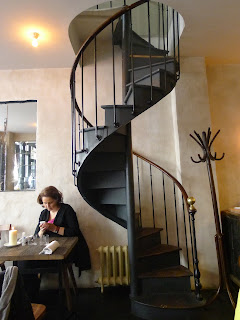 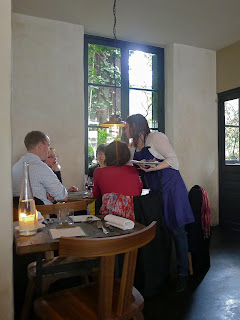 In a vain attempt not to be pigeon holed (which always sounds painful) I like to insist that I do not write ‘reviews’ but instead ‘share my experiences’ - one way of trying to maintain this means that I do not use any arbitrary rating system and just like to say it as I see it.

In a similar vein, not wanting to become a ‘Compare the Meerkat’ for Michelin starred restaurants, nor do I generally put prices on my posts (there have been exceptions) – I do, or rather do not do, this for a number of reasons. I was raised to think that putting a price on everything and talking about money is crass; there is also the old adage, attributed to financial magnate, J.P. Morgan - "If you have to ask the price, you can't afford it." Although, this was supposedly said in response to an enquiry about the cost of maintaining a yacht… not a meal. 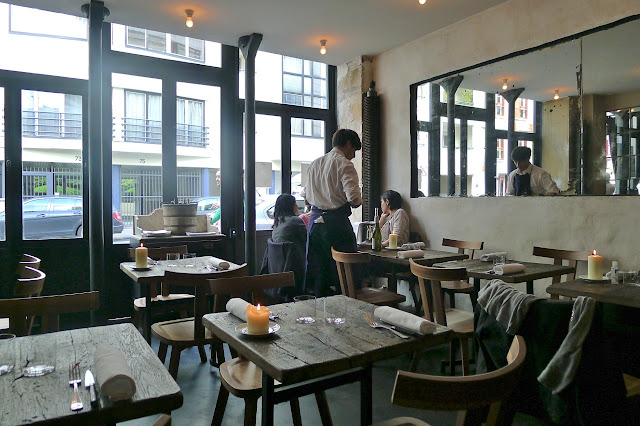 On the other had however, I also understand that in ‘today’s financial climate’ people are looking for value for money and food blogs are one way to check out how much bang you can expect for your buck. 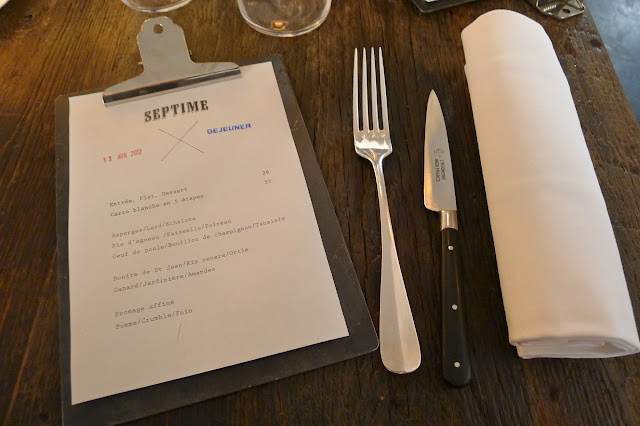 On paper the ‘carte blanche’ looked good value, in reality though I’d recommend going for the three courses at €26 for ‘Entrée, Plat, Dessert’. The people on the table next to us had the three-course menu and this looked a much better option – a hearty sized asparagus starter and a generous portion of ‘canard’ (duck) that made our main seem miserly in comparison (you could even go twice for just €52 and end up having eaten an extra dessert for €3 less!)

At the majority of reputable restaurants, ‘carte blanche’ menus will typically offer dishes that are that little bit more ‘special’ (perhaps premium ingredients or more substantial portions) than the set lunches. However, four of our five courses were taken directly from the set lunch options. This did not sit well as it seemed as though we were being charged extra to end up with the same as diners who had opted for the cheaper option – which, in turn just came across as “cheap” from the restaurant. 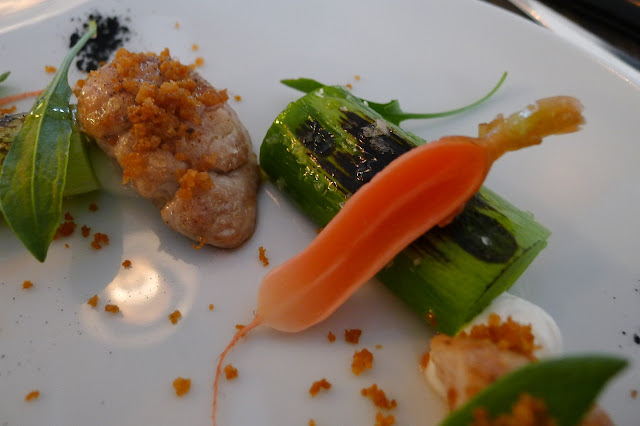 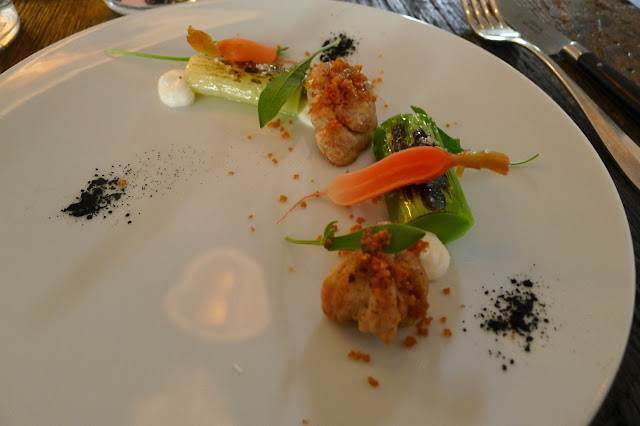 We started with a delightful lamb sweetbread dish ‘Ris d'agneau’ with a soft goat’s cheese from Normandy, ash, charred ‘poireau’ (leek) and fabulous pickled radishes – it’s a while since I’ve has sweetbreads, a great ingredient when respectfully prepared (as these were) it would be great to see them on more menus back in the UK. 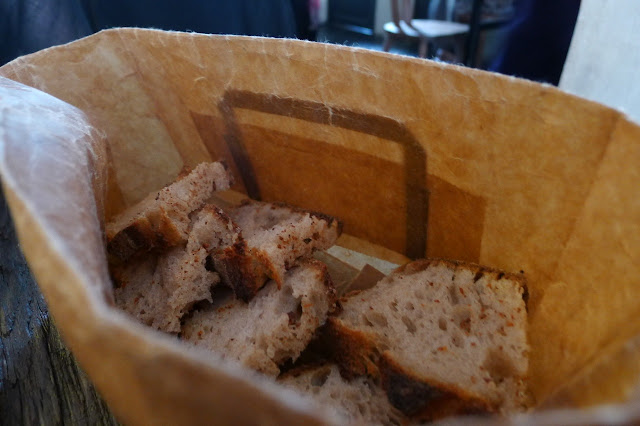 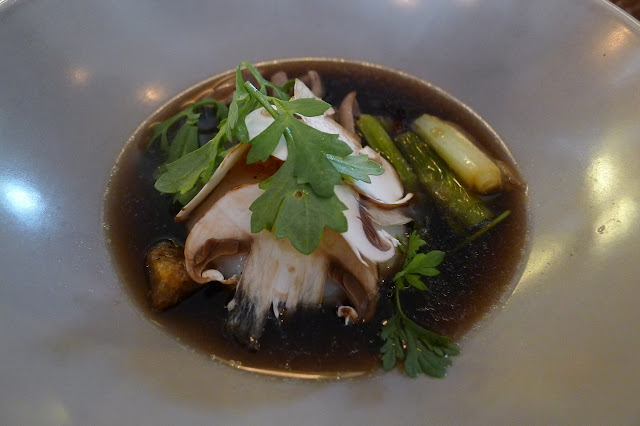 When the next dish ‘Oeuf de poule, bouillon de champignons’ was presented, I was really quite excited as I love eggs and mushrooms (that I think the waiter described as ‘pied bleu’) and I have enjoyed similar dishes in the past – but the (what I think was) a ‘hay infused’ broth did not deliver the deep earthy flavour that I expected. 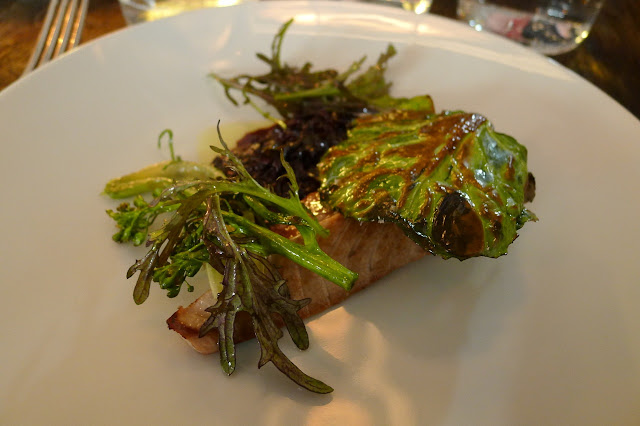 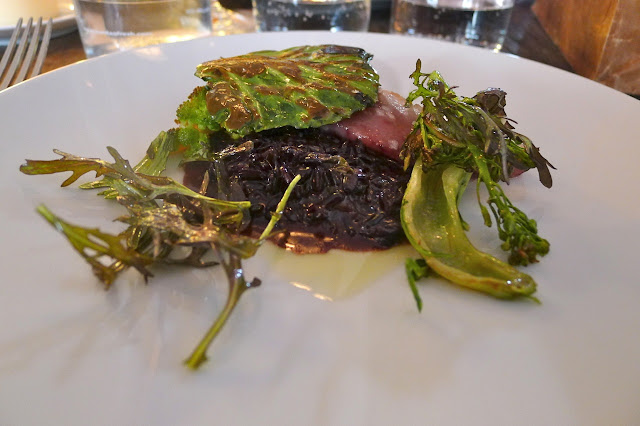 The fish course, featuring a flavoursome ‘aburi sahsimi’ style piece of ‘Bonito de St Jean’ (a small relative of tuna), ‘bette à cardes’ (swiss chard), charred broccoli and Italian black rice ‘riz vénéré’ cooked in a seafood broth was another dish that, on paper, excites me but in reality left me underwhelmed. 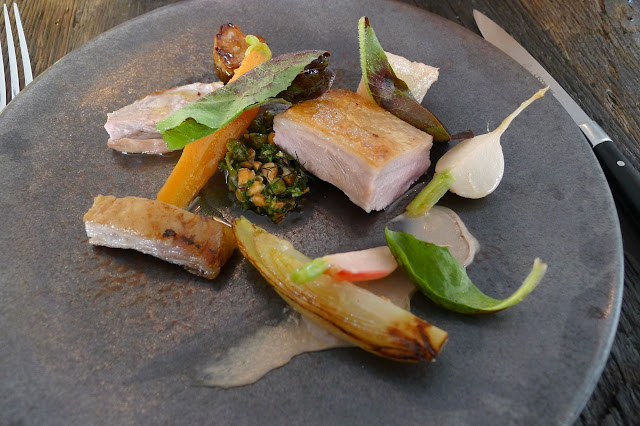 The meat course, featuring more lamb with a herby dice of capers and almond with carrot, endive and an anchovy paste – the Passard pedigree came through in the vegetables which were exquisite. 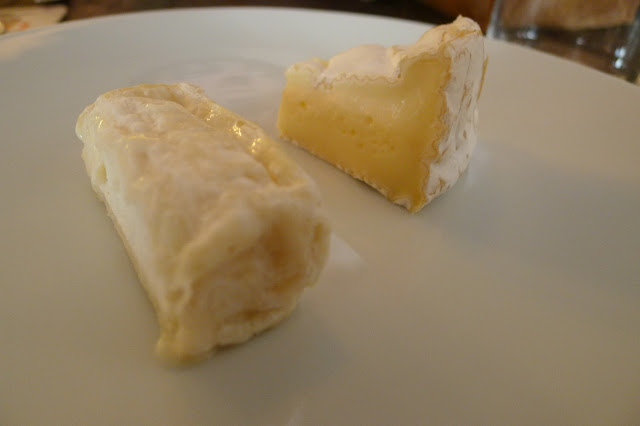 For dessert, I selected the ‘fromage affiné’ that featured a goat’s cheese and an excellent Camembert (not typically a favourite of mine.) 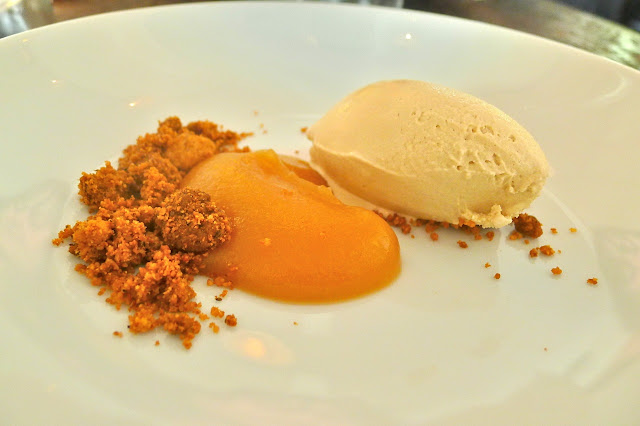 My wife went for the ‘Pomme crumble, glace au foin’ – a puréed apple, crumble and modish hay ice cream. This dish was tasty enough but not especially inspiring from a chef with Bertrand Grébaut’s credentials. 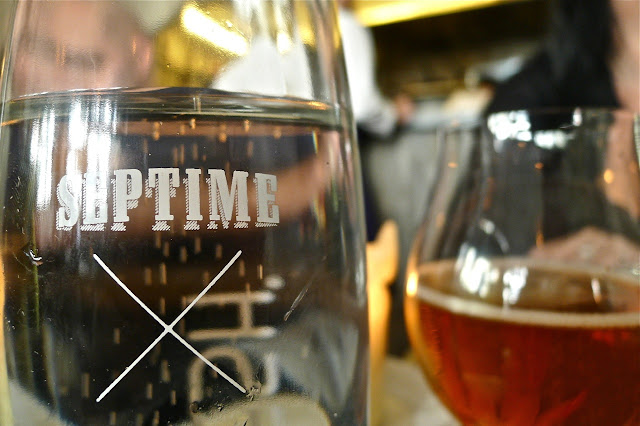