Where the Light Gets In - Stockport

For those of you who have, like me, been walking around with your head up your arse, WTLGI is certainly the best, coolest, hippest, most happening restaurant that Stockport has seen in years (possibly ever)! Not that there’s much competition.

Before the pitchfork brigade start polishing their prongs, Stockport (well, Cheadle Hulme actually dahlings) has been my home since moving up from London eighteen years ago. Please, don’t get me wrong, I like living in Stockport. It’s conveniently located for quick and easy access to Manchester, Cheshire and the rest of the North West. The airport is also close… but far enough so as not to be overly noisy.

For me, until recently, by far the worst thing about living in the Stockport area has been the lack of truly decent local restaurants.

Thankfully, two maverick chefs have set about putting this right. One is Chef Matthew Nutter whose Allotment Vegan Restaurant has been impressing both carnivores and lettuce lickers alike. The other is Where the Light Gets In’s Sam Buckley who has been wowing all comers, most notably the scrupulous Marina O’Loughlin with a rare 10/10 score for food.

In fact, from what I’ve read and heard, virtually all who have eaten at WTLGI have also raved about it. The difficulty seems to be getting a significant proportion of local punters to believe that a place of this quality would actually come to Stockport in the first instance! I’m ashamed to say, this disbelief is certainly what kept me from their doors in the early days.

There’s also the problem of conversations like the one my wife had with her sister:

My wife: We had a lovely meal last night at a place called, ‘Where The Light Gets In.”

Her sister: Ooh, where’s that?

My wife: In Stockport. Up by the church. In a former Victorian coffee warehouse.

Her sister: (with raised eyebrows) Stockport?!

My wife: (unperturbed) Yes, it was ‘tasting menu’, 10 courses for £75. There were some delicious dishes and the most delightful, charming service.

Personally, I don’t mind being told what to eat. Especially when there’s a more than fair chance that it’s going to be interesting, exciting and delicious. Of course, there’s no guarantee that you’re going to love and swoon over every mouthful. Certainly, there were one or two dishes that didn’t overly impress. But despite the occasional bum note, the majority hummed with harmonic joy. 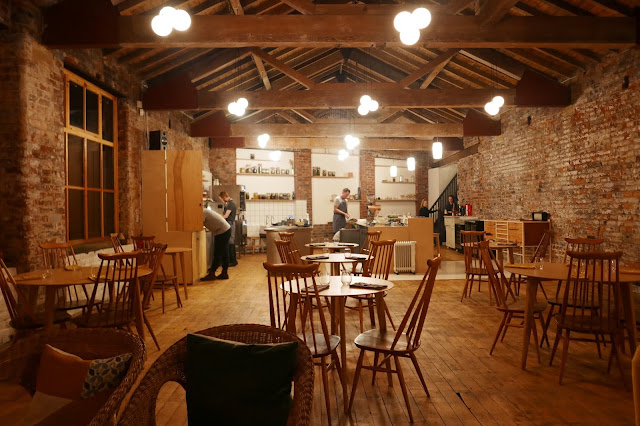 Highlights included: perfectly plump mussels with a delicate both (that we were encouraged to slurp unceremoniously from the bowl – not that I’d have needed encouraging) and an earthy wedge of baked celeriac with its warm nuttiness enhanced though the synergy with the silky walnut sauce, lifted by the sweet tang from the Old Winchester cheese and fresh, floral note from the lavender oil. 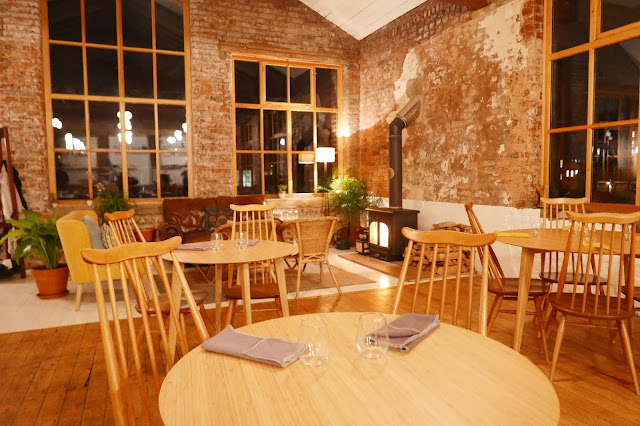 The pièce de résistance however was, not the Cheshire mutton filet as you’d may well expect, but from the same beat’s shoulder. Cooked over charcoal on a Japanese ‘Konro’, it was a deliciously juicy bite, the smokiness punctuated by Ramsons flowers (which they had pickled late last spring, natch). 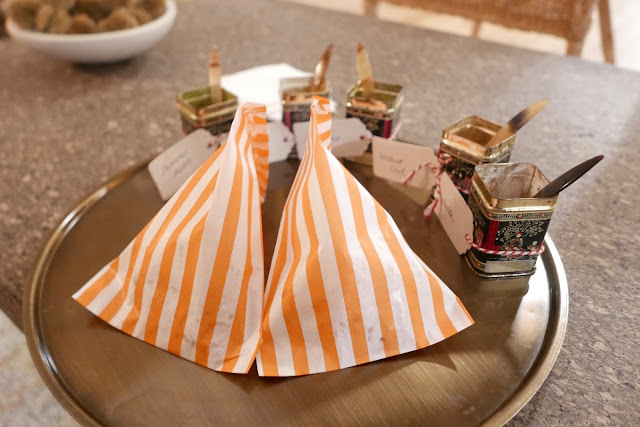 At the fire: Crisps and powder 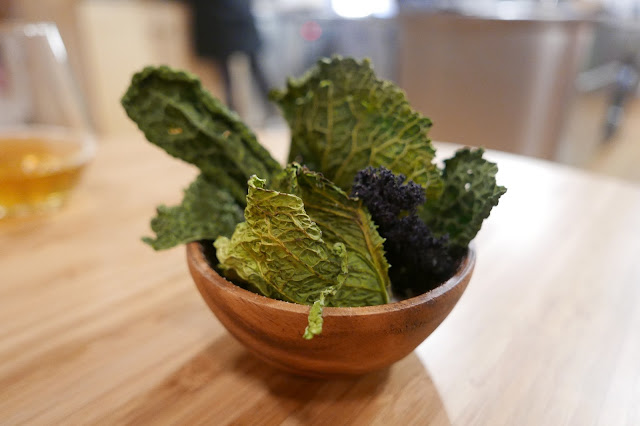 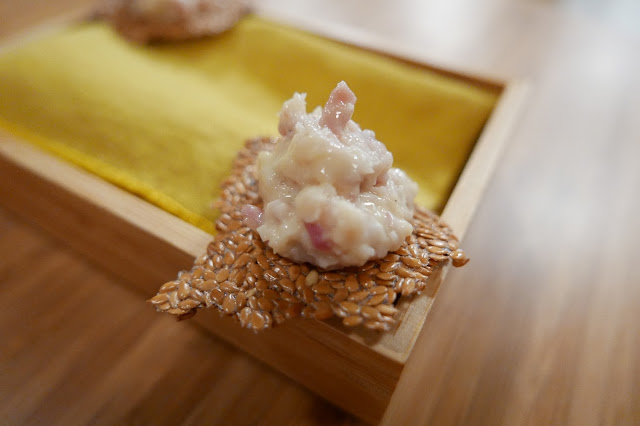 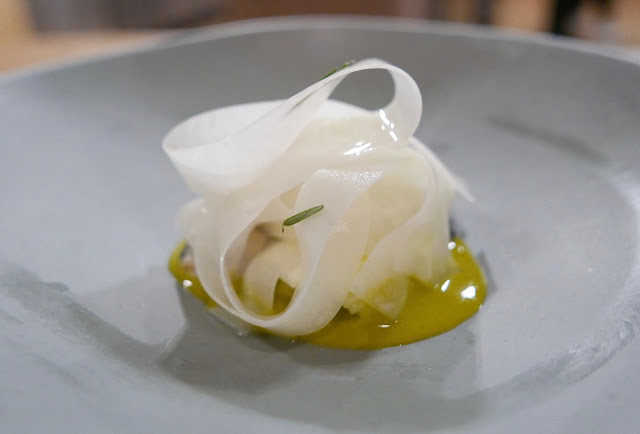 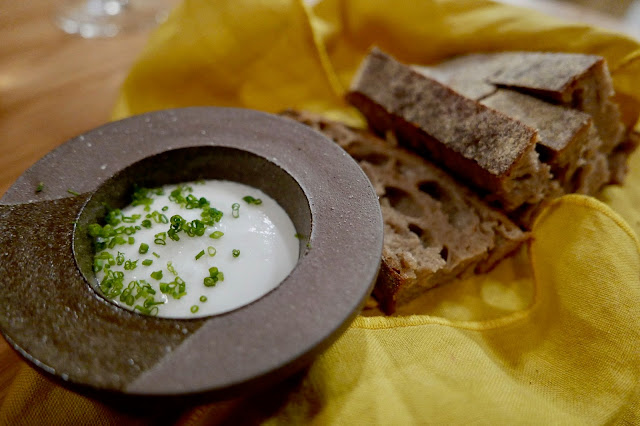 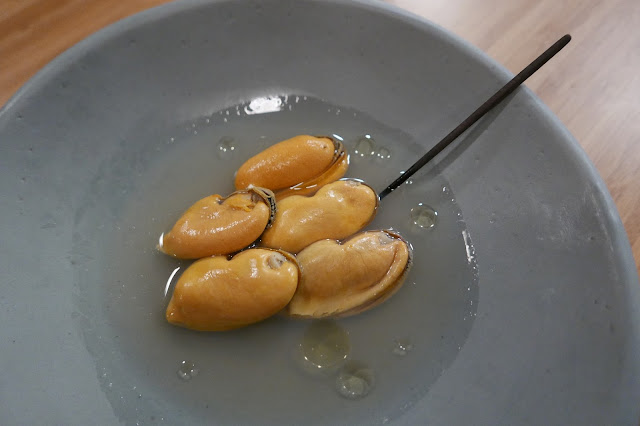 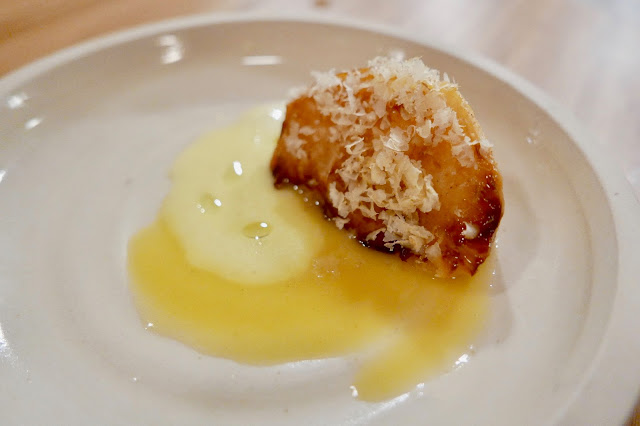 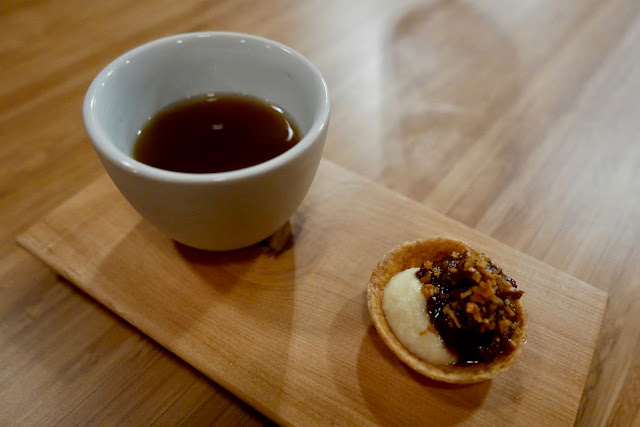 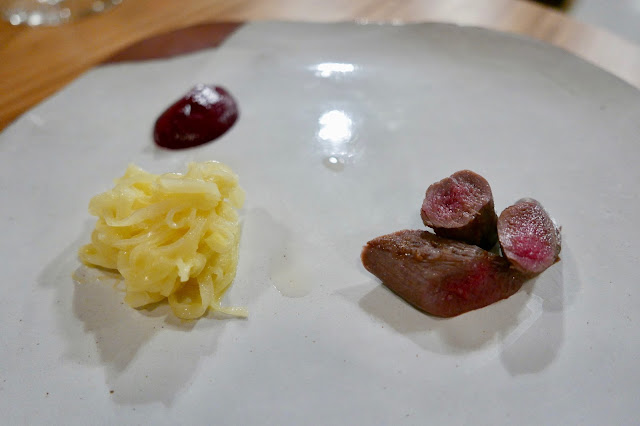 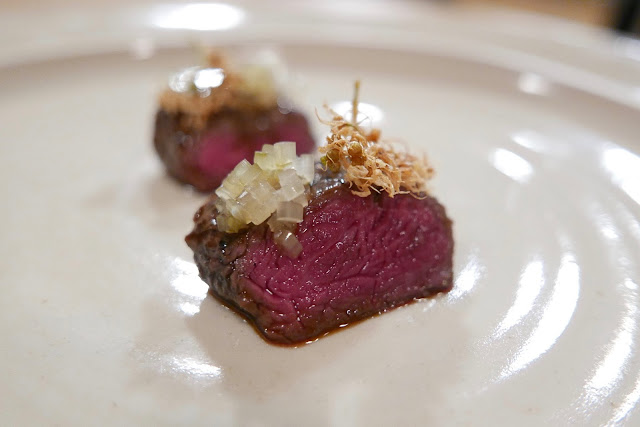 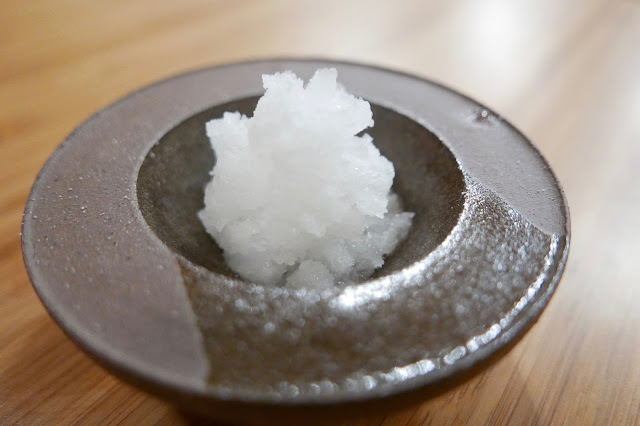 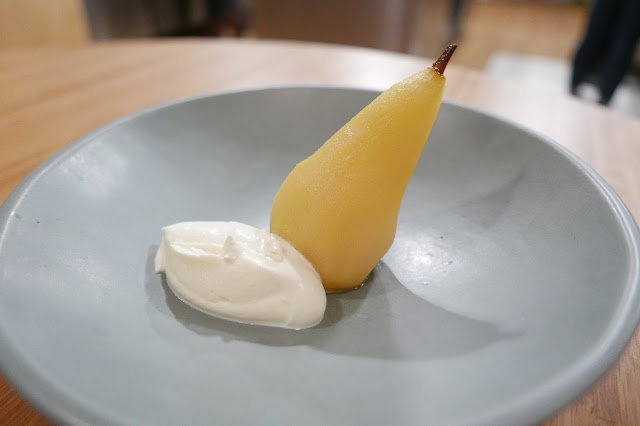 Pear poached in local honey and bergamot with burnt cream 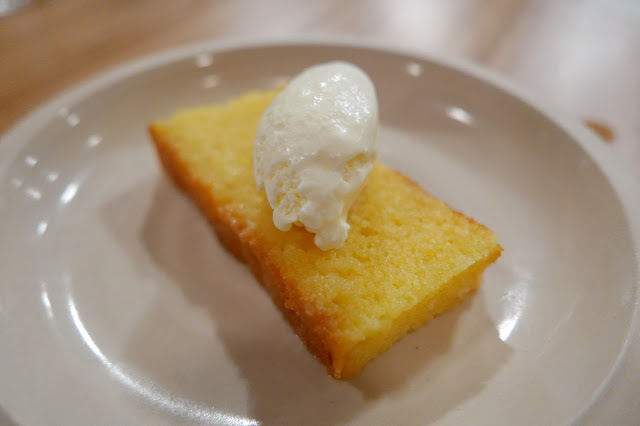 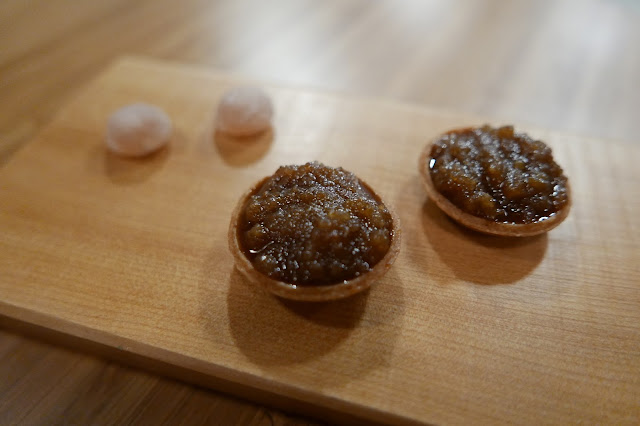 What Michelin say, ‘This large, loft-style restaurant is located on the top floor of a Victorian coffee warehouse and its open kitchen forms part of the room. The surprise menu is formed from whatever they have foraged that day and beasts are brought in whole and fully utilised. Matching wine flights focus on natural wines.’ 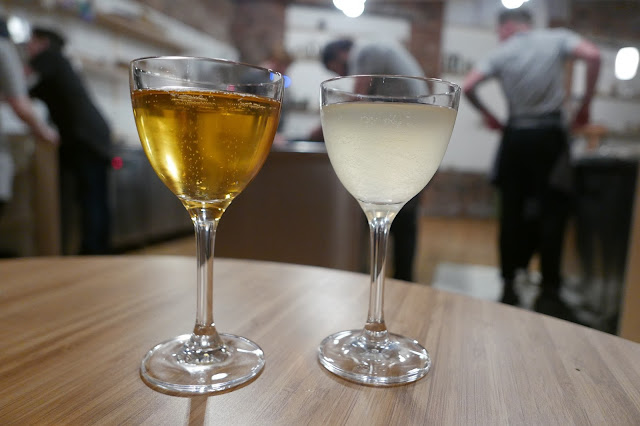 Email ThisBlogThis!Share to TwitterShare to FacebookShare to Pinterest
Labels: Fine dining, Manchester, Michelin, North West, Where the Light Gets In