Boasting a Michelin star and housed in a traditional white weatherboarded former coaching inn, The Curlew at Bodiam is like something from a picture postcard.

For any younglings reading (or those with a fading memory), before Instagram, SnapChat and Twitter there were these oblong shaped pieces of card (other shapes may have been used) called “postcards”, that were intended for writing and posting without an envelope.

Wikipedia informs me that ‘The earliest known picture postcard was a hand-painted design on card, posted in London to the writer Theodore Hook in 1840 bearing a penny black stamp.’ and that ‘He probably created and posted the card to himself as a practical joke on the postal service, since the image is a caricature of workers in the post office.’ I bet he would have been a hoot on Twitter. 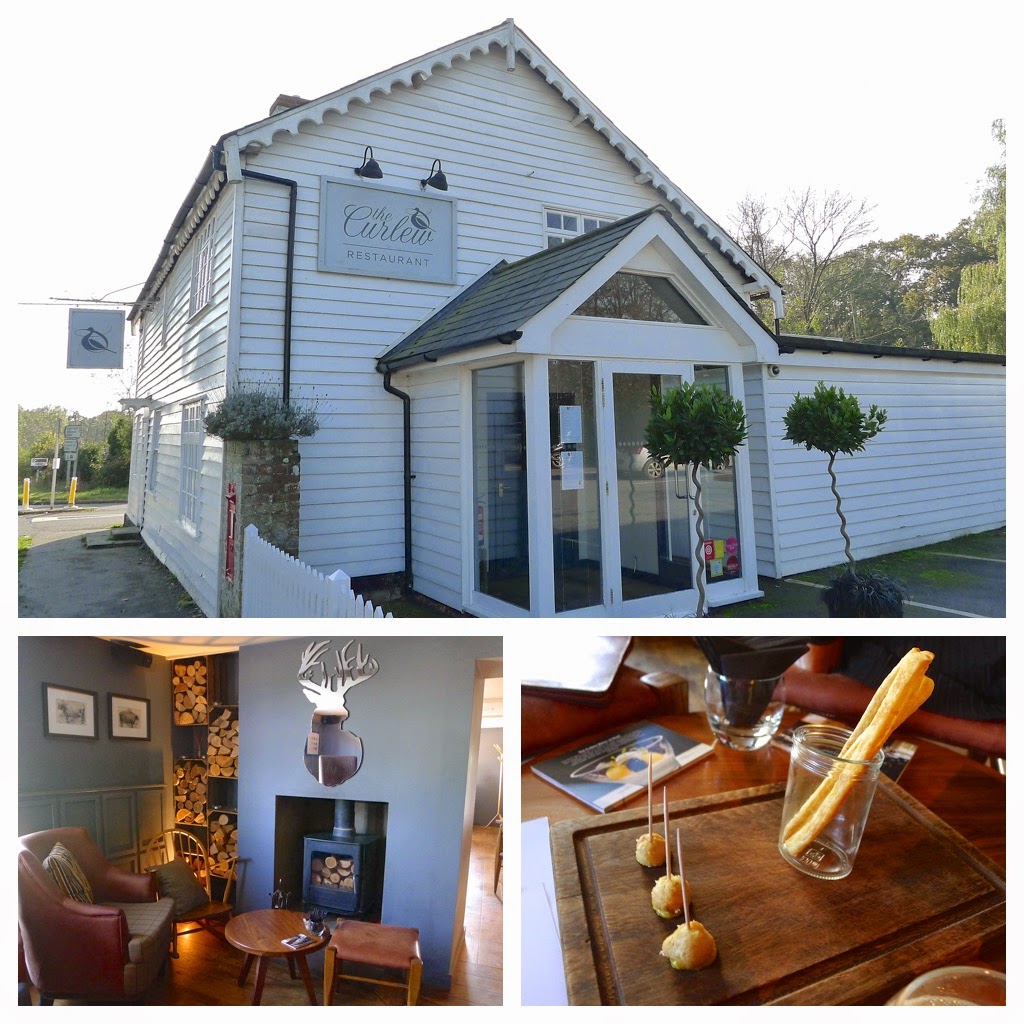 In 1894, the Royal Mail granted British publishers permission to produce postcards, for sending through the post. Cards portraying picturesque landscapes, buildings and scenes from nature were the most common.

In time, saucy cartoon style postcards with Carry On style characters such as buxom ladies, hen-pecked husbands and vicars alongside innuendo and double entendres became popular, especially at British seaside resorts. Although often a little ‘lewd’ and ‘risqué’, they were somewhat more innocent than sending a picture of your wang though SnapChat. 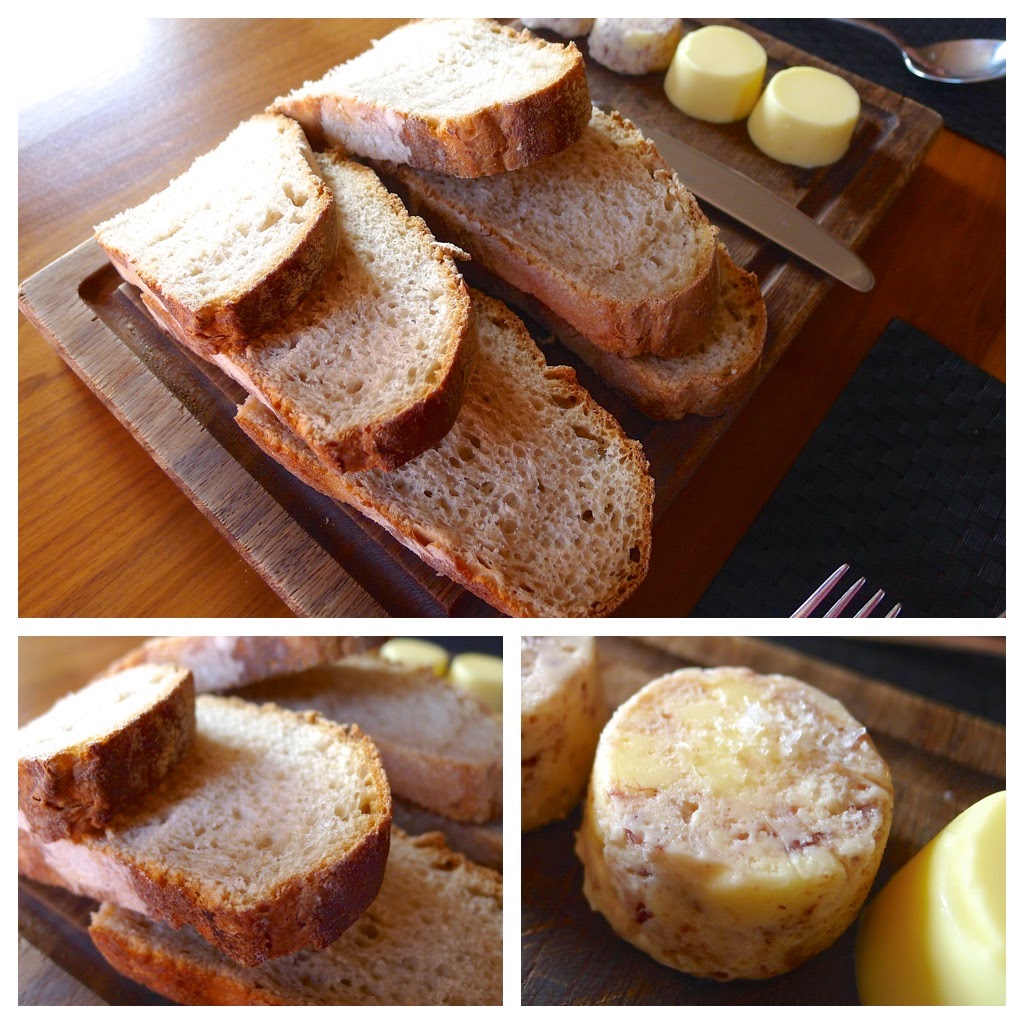 Still, concerned at the apparent deterioration of social morals, in the early 1950s, the newly elected Conservative government decided on a crackdown on these postcards. That worked.

Anyways… looking like something from a picture postcard, The Curlew at Bodiam is a charming restaurant both inside and out. We visited at lunchtime. My wife and stepdaughter selected from the excellent value set lunch (3 courses for £25) whilst I went a la carte, choosing scallop, lamb and carrot cake. 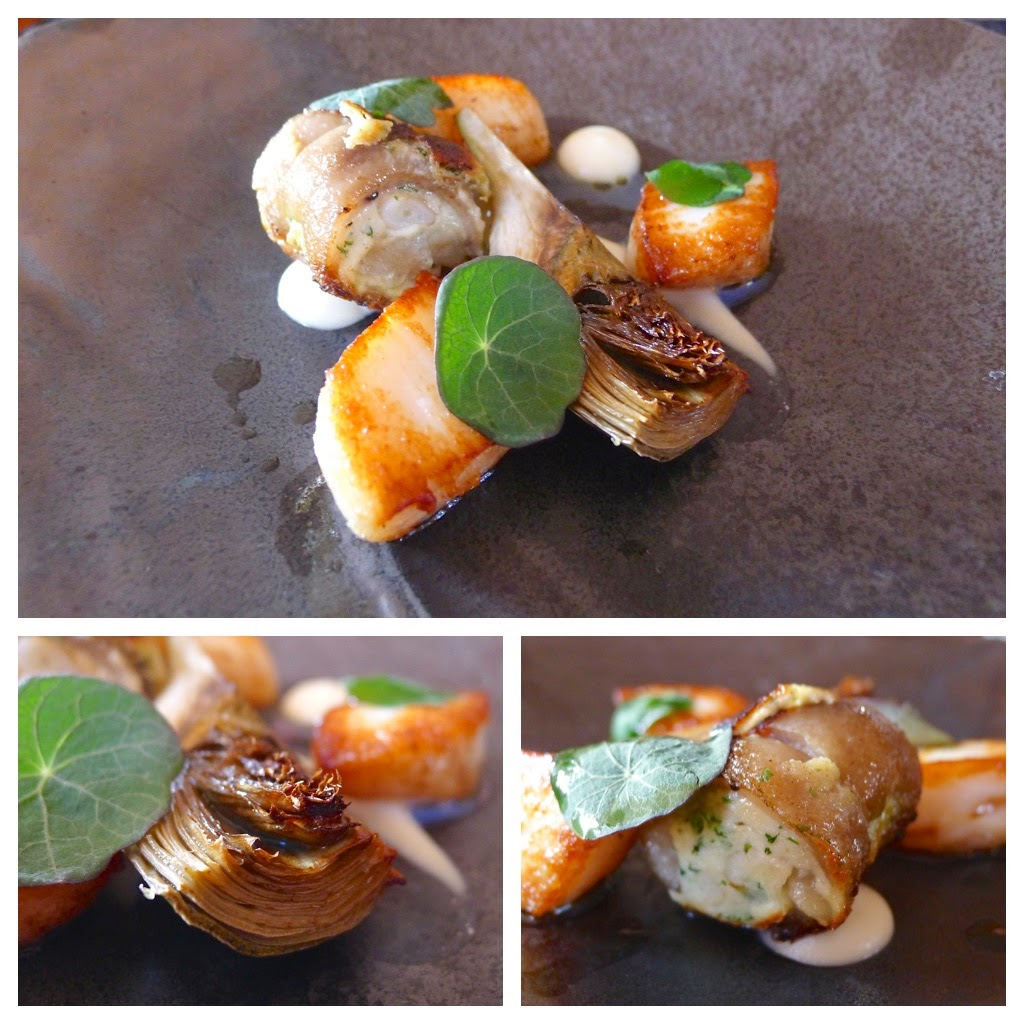 Scallop, braised pig’s trotter, razor clam, globe artichoke – I enjoyed this dish. The razor clam made up part of the stuffing in the little pig’s trotter paupiette but I felt the porcine presence could have been a little more prominent. 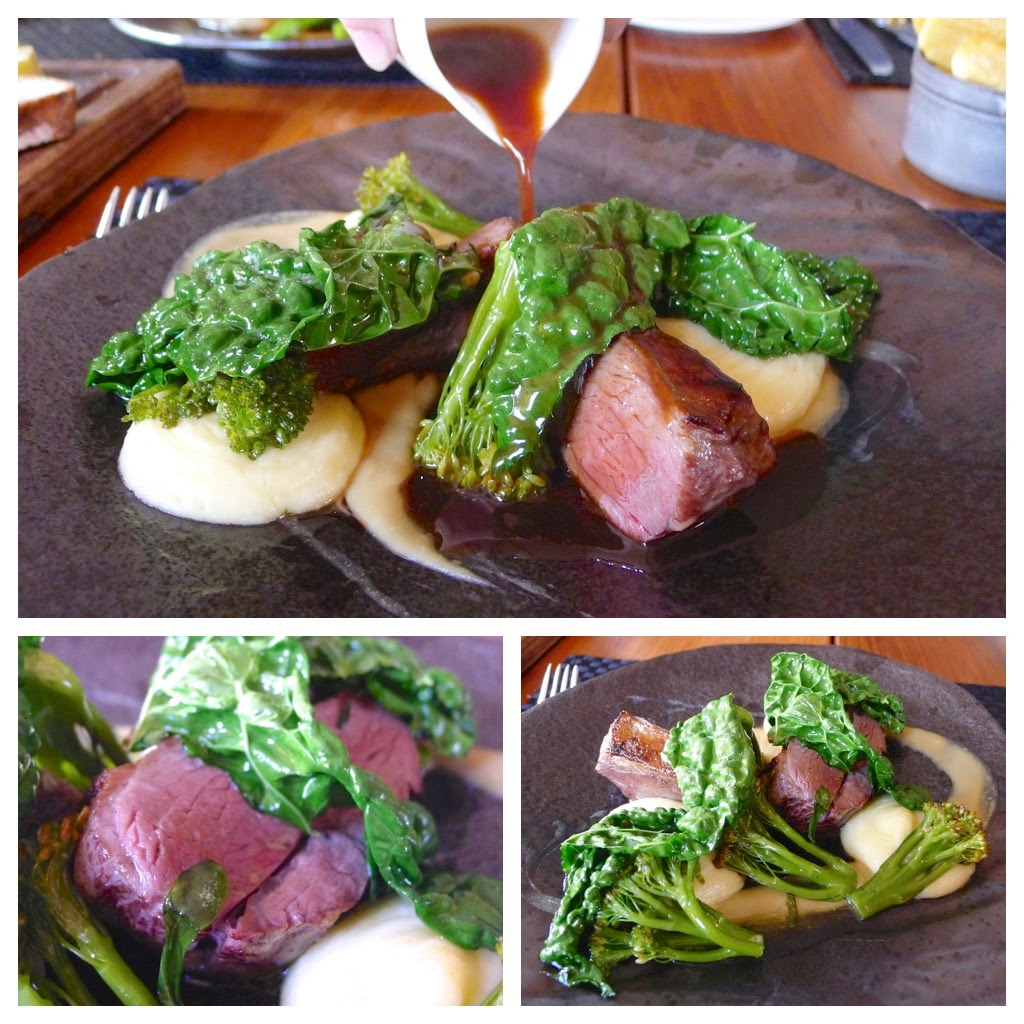 Lamb rump, black cabbage, buttermilk potato – the lamb rump was fantastic quality and delightfully cooked. My wife and I agreed that the silky smooth buttermilk mash was probably the best either of us have had. 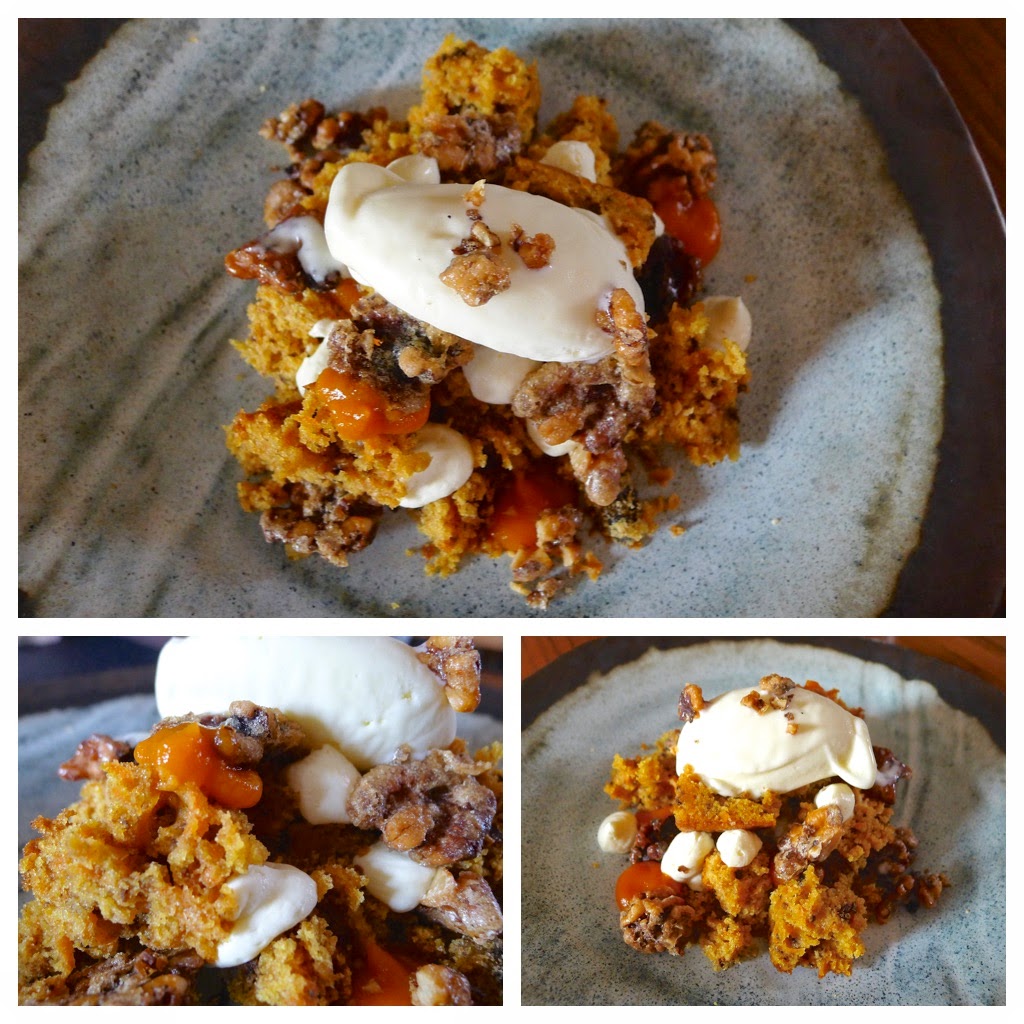 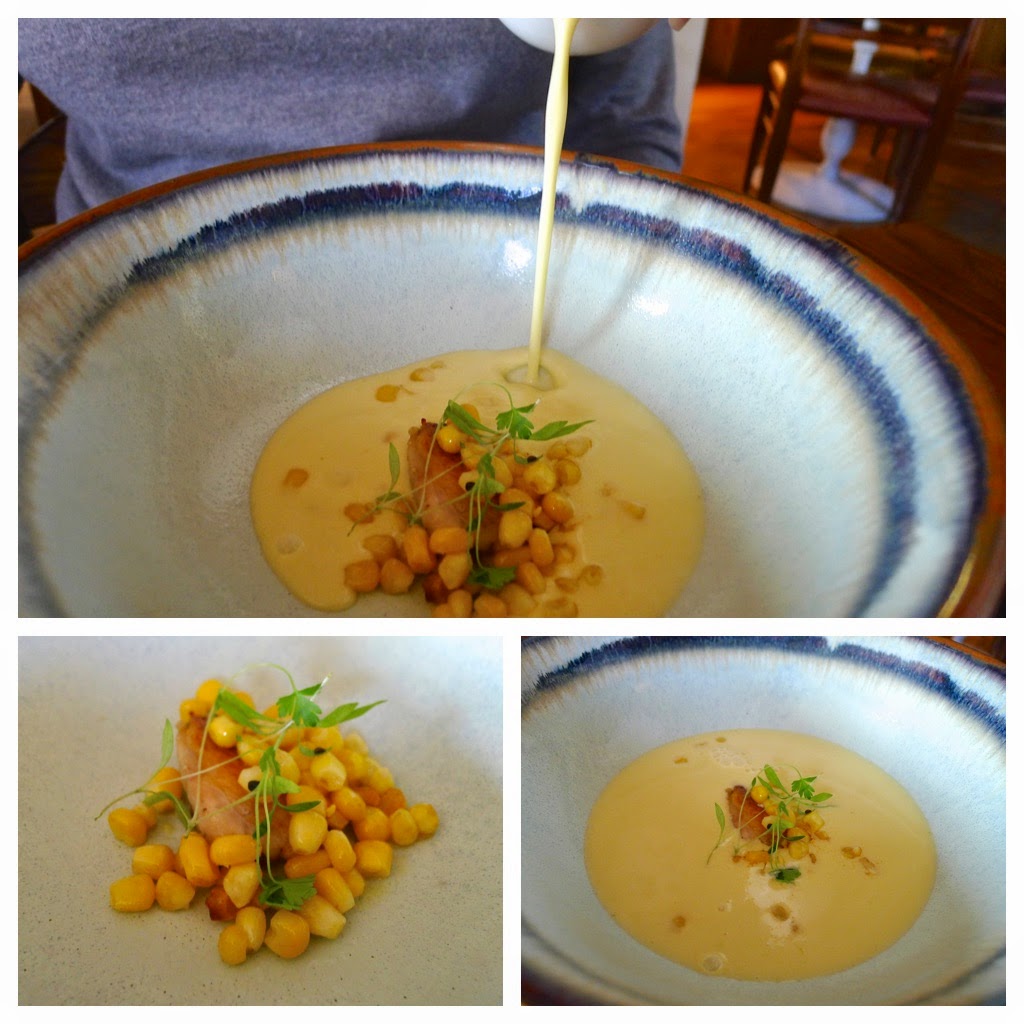 Chicken & sweetcorn velouté with charred kernels & confit chicken wings – my stepdaughter commented that the amount of sweetcorn and its sweetcorn flavour dominated the chicken. 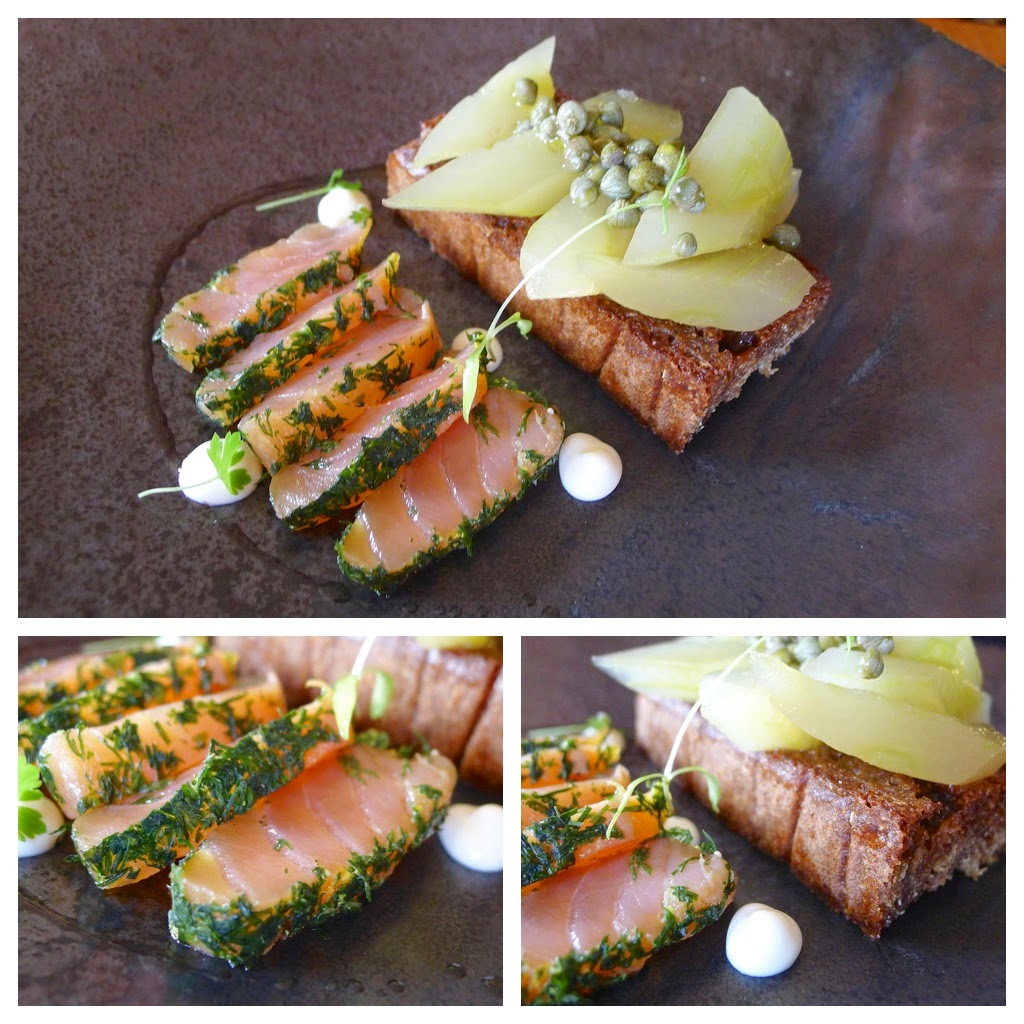 Cured organic salmon, pickled cucumber, treacle bread – my wife enjoyed the flavours but found the bread too heavy and generously portioned to balance the dish. 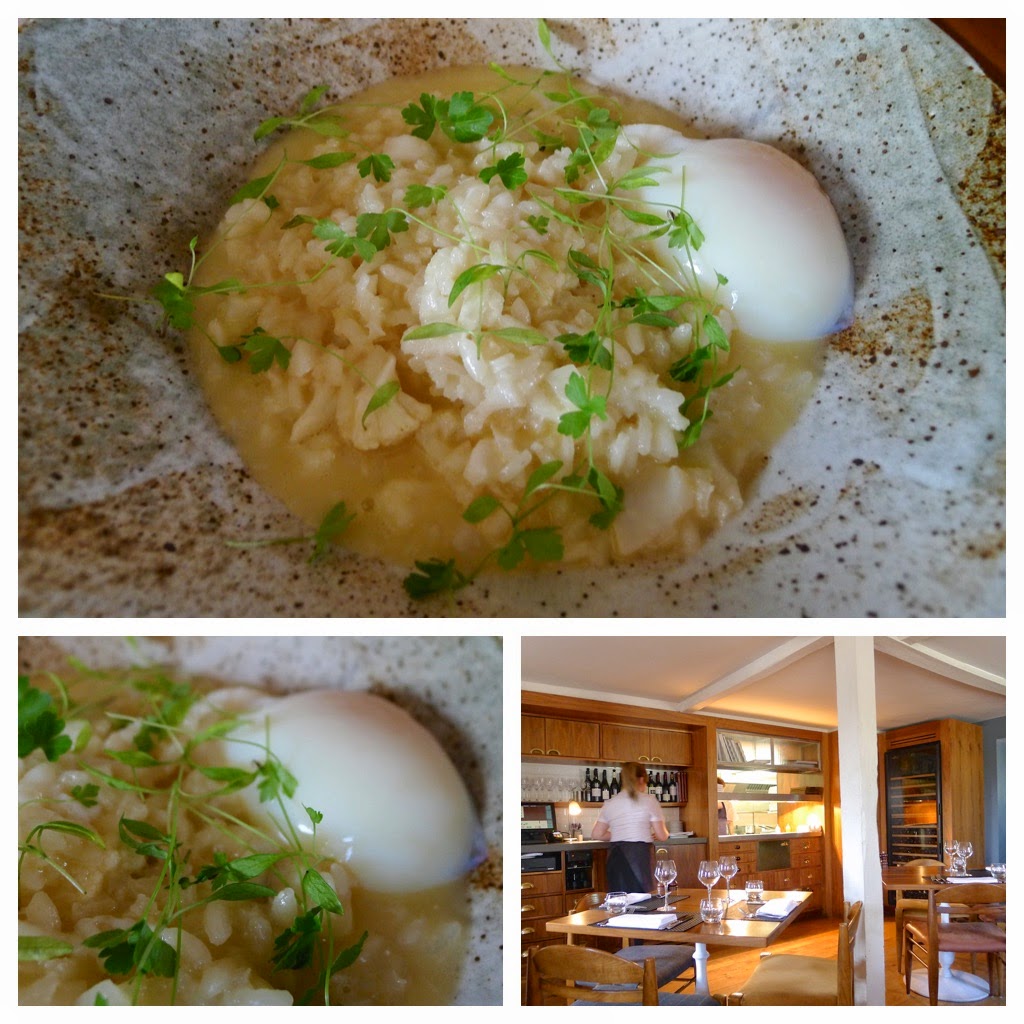 Smoked haddock risotto, cauliflower – no complaints from my stepdaughter. The mouthful I tasted has good punchy flavours and seemed well cooked. 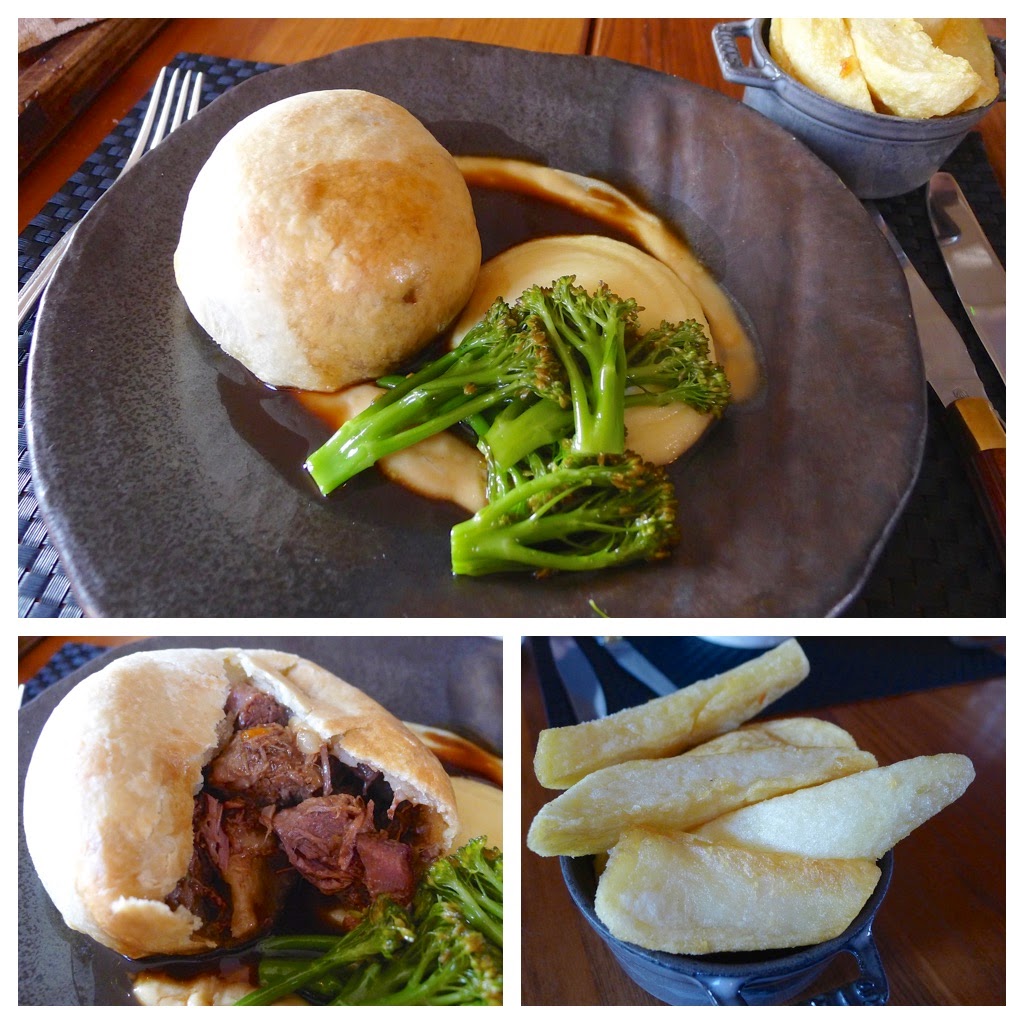 Beef suet pudding, horseradish, broccoli (side of tripe cooked chips) – this dish was a little disappointing. The pastry was good but the filling and gravy were nowhere near as rich as my wife would have liked, or expected. 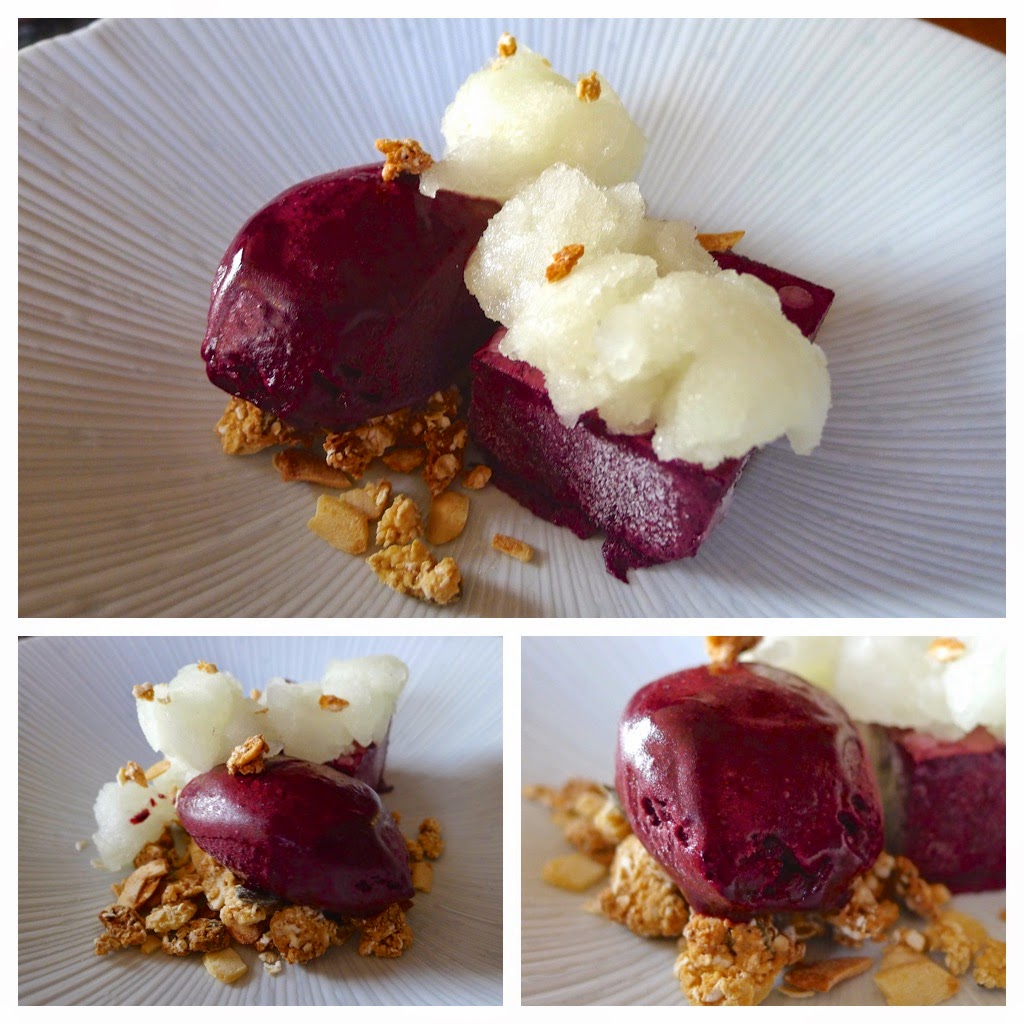 Blueberry parfait, blueberry sorbet, granola – another good dessert. Compared to their relatives, the cranberry or whimberry, blueberries are not the most flavoursome of fruits yet The Curlew’s kitchen managed to get the best from them. 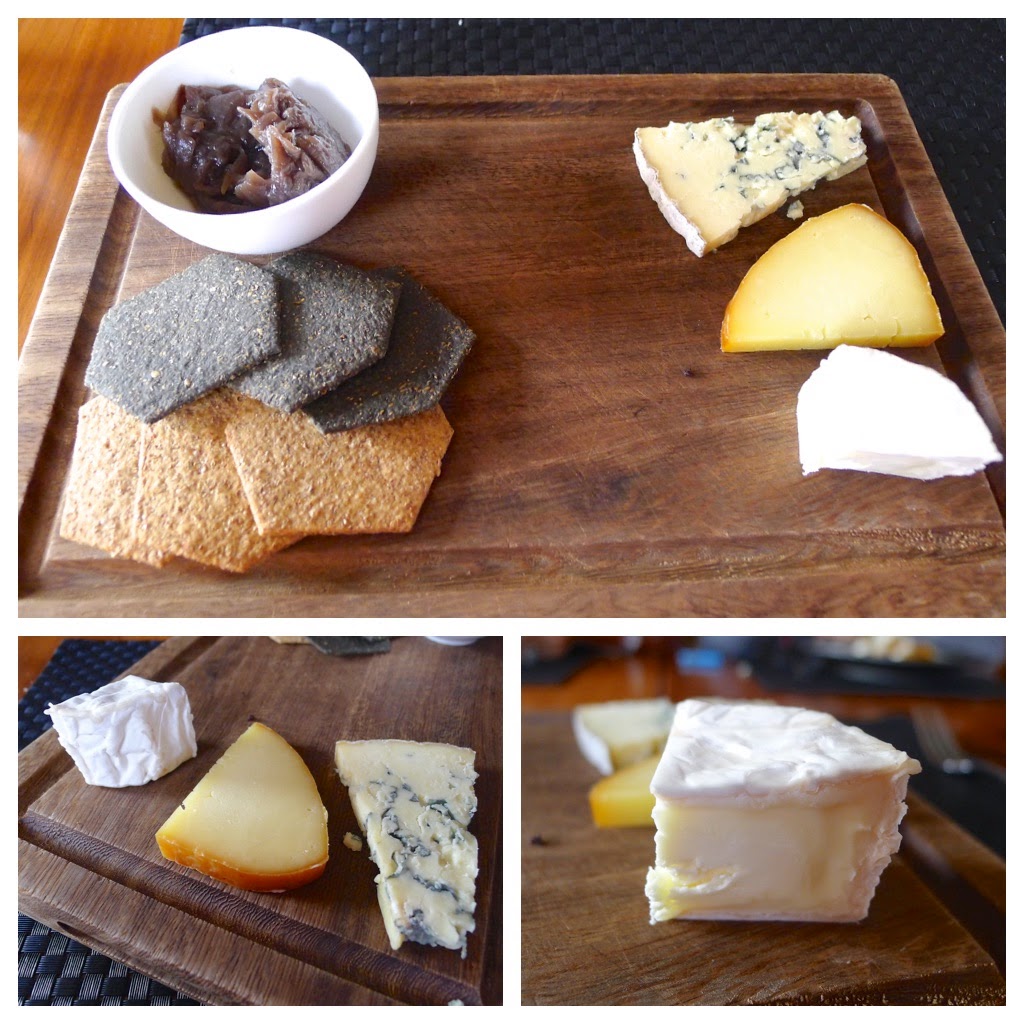 Chef’s selection of 3 cheeses from the British Isles 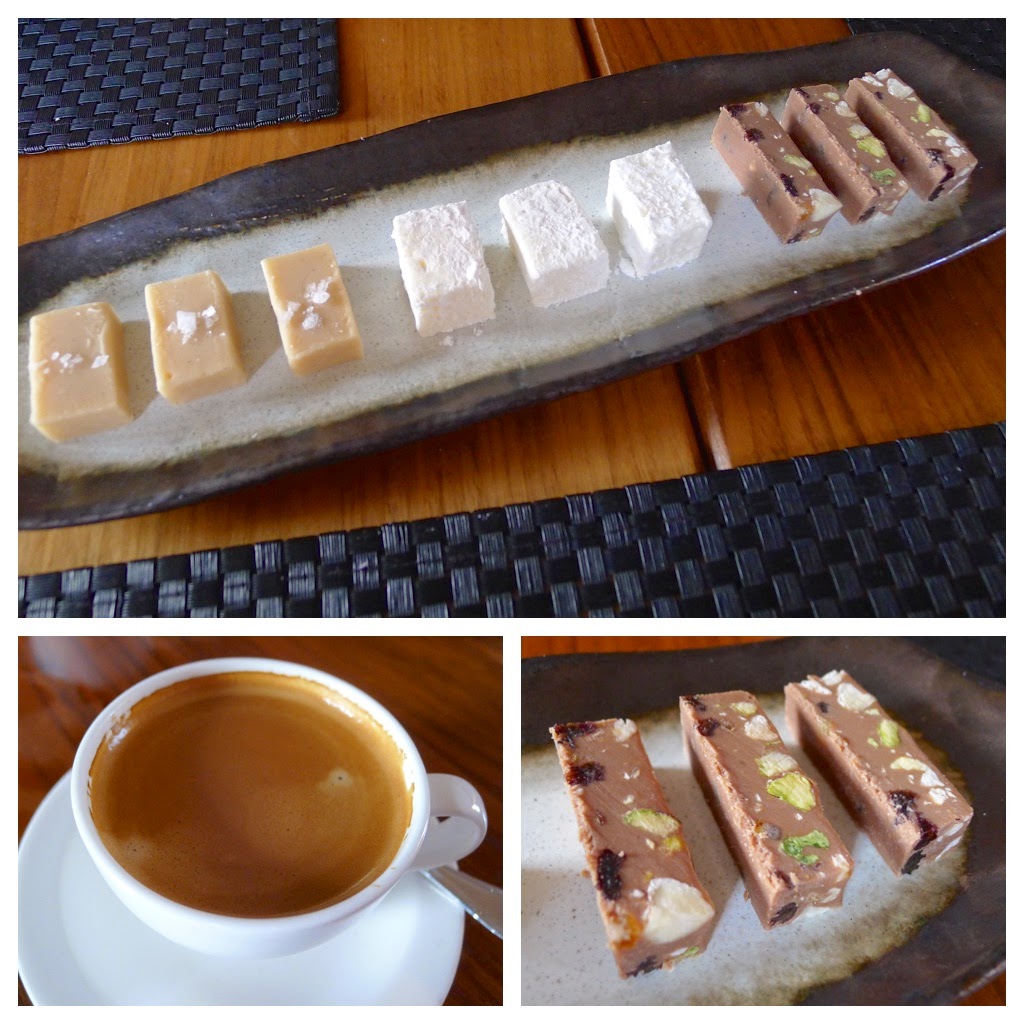 If you managed to get along to The Curlew, send me a postcard saying ‘Wish you were here!’… better still, Tweet me!