Way back when, in the early nineties, you would have found Chef Bruno Loubet running the pass at his Michelin starred ‘Inn on the Park’ whilst contemplating opening his eponymous Bistrot Bruno in Soho (1993).

As he and his team cleaned down after busy Friday and Saturday night services, my ragtag bunch of friends and I would be heading out to one of London’s all night dance spots such as Club UK (Wandsworth), Lazerdrome (Peckham), United Nations (Tottenham), Paradise (Islington), Bagleys (King’s X) or Turnmills (Clerkenwell). 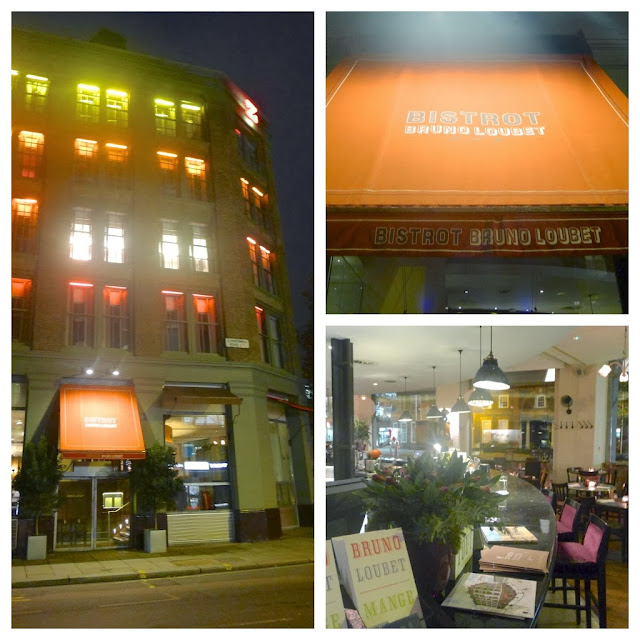 These legendary clubs have long since been demolished (or in the case of Club UK turned into a gym) and it has to be 15 years since I’ve been  to Clerkenwell or King’s Cross - the unifying reason for visiting both places… the food of Bruno Loubet. 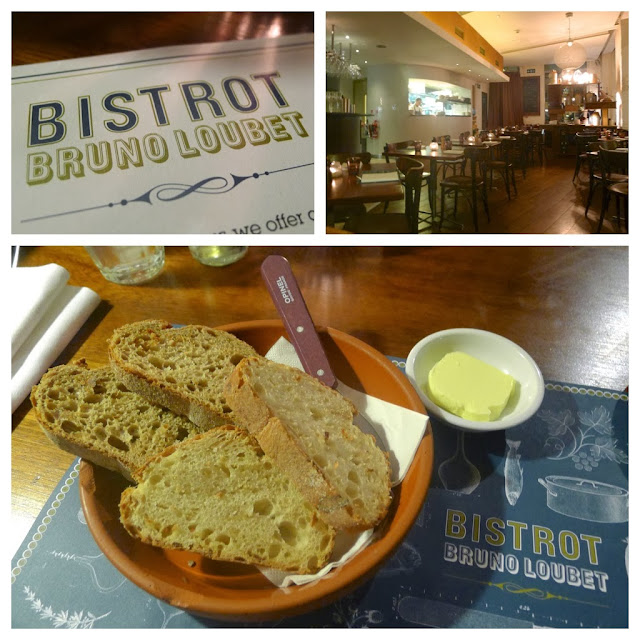 Just down the road from where Turnmills used to stand, since 2010 the Zetter Hotel has housed Bistrot Bruno Loubet – the Michelin Guide states: ‘The classic bistro dishes come with added sophistication; the bright room has plenty of buzz and the service is informed and unhurried.’ 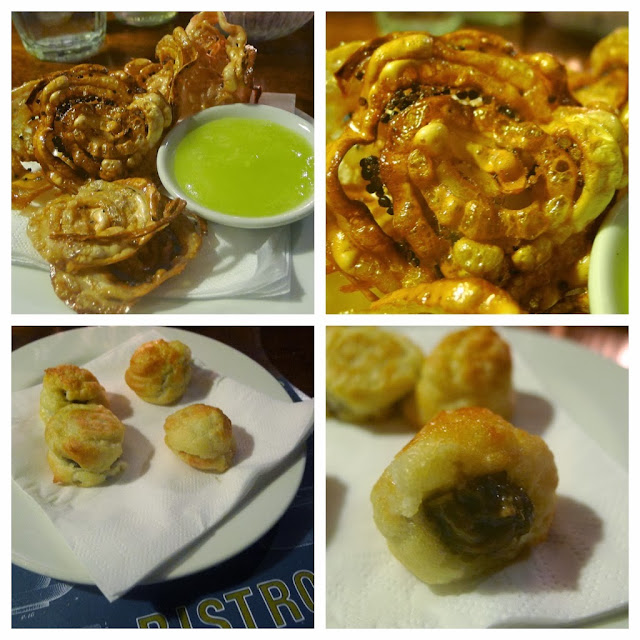 Mushroom gougères – far from the best on this occasion. Pork crackling & green apple sauce – a fun tasty dish with a zingy apple sauce. 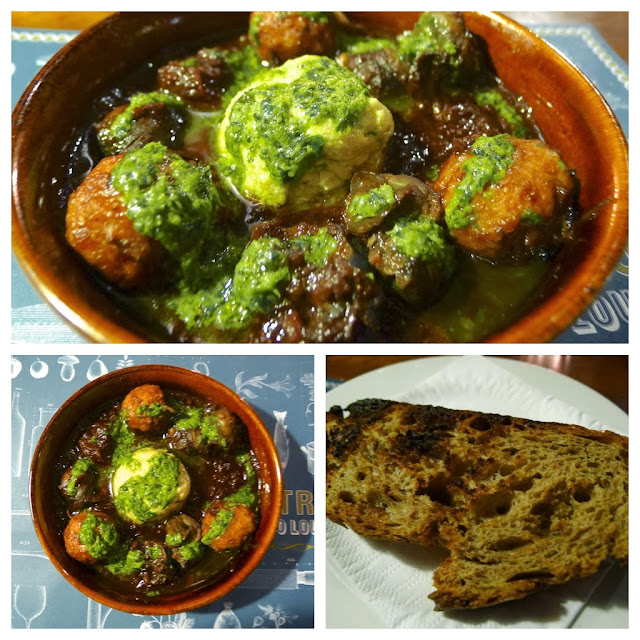 Snails & meatballs Mauricette – a Loubet family recipe of snails and Toulouse sausage meatballs, dedicated to his mother. My crusty bread and I made sure there was not a drop of the rich port and red wine sauce or herby butter left in the bowl. 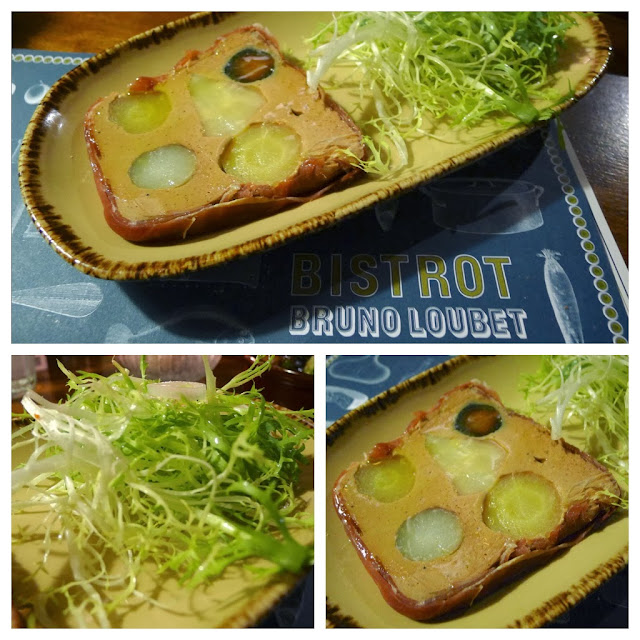 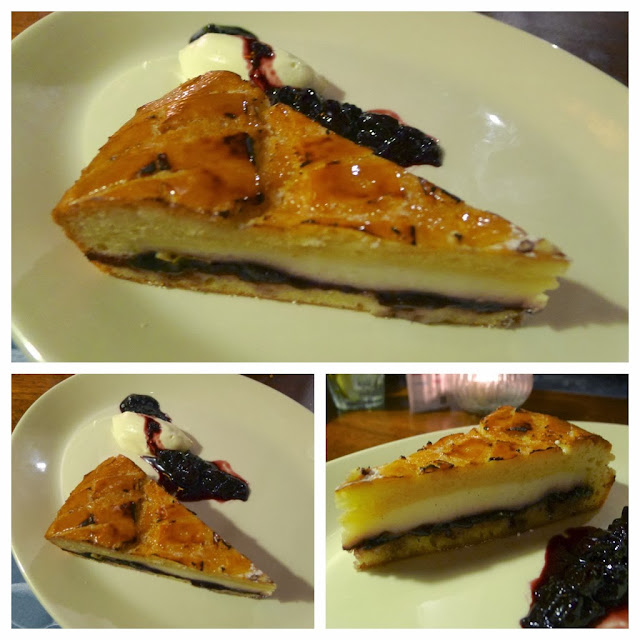 In what used to be deepest darkest King’s Cross, and the purlieu of pushers, prozzies and, my old haunt, Bagleys, the once derelict, Grade II listed, Victorian Granary Building now houses the Central Saint Martins college and Loubet’s latest, Grain Store restaurant. 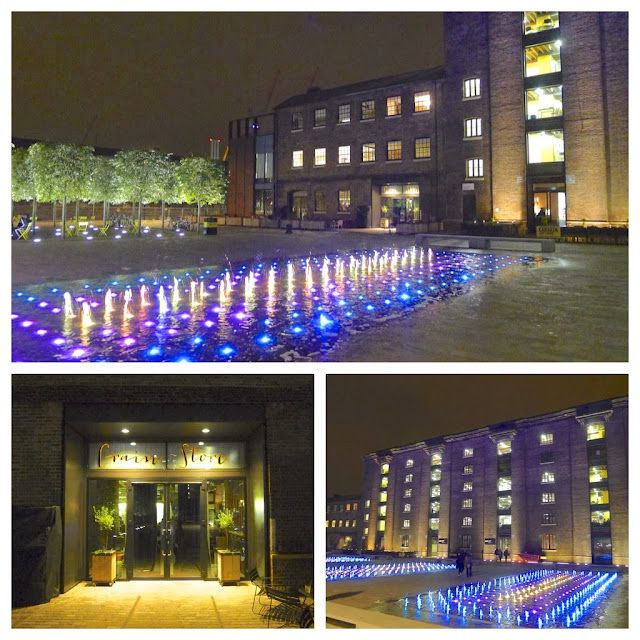 The holder of a Michelin 'Bib Gourmand', the Red Guide describes Grain Store as: ‘Big, buzzy ‘canteen‘ from Bruno Loubet and the Zetter hotel people. Eclectic, clever dishes - influenced by Bruno‘s experiences around the world - are packed with interesting flavours and textures; vegetables often take the lead role.’ 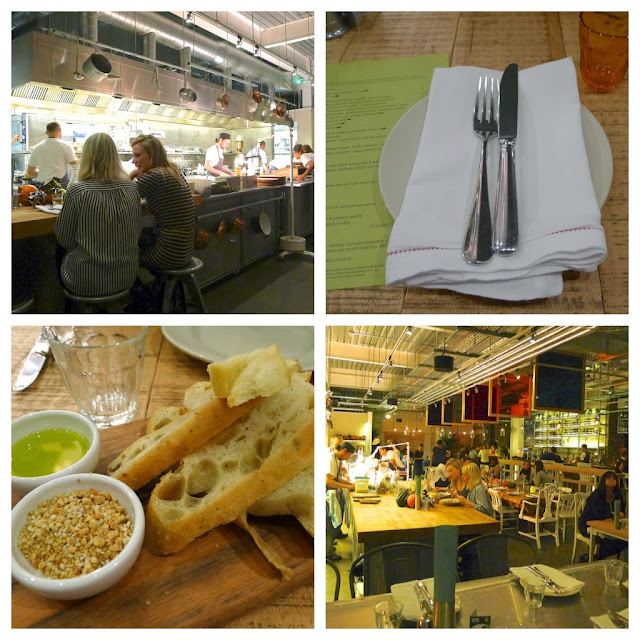 Focaccia, dukkah & olive oil dip – the focaccia and dukkah were good but I’d have appreciated a better quality olive oil. 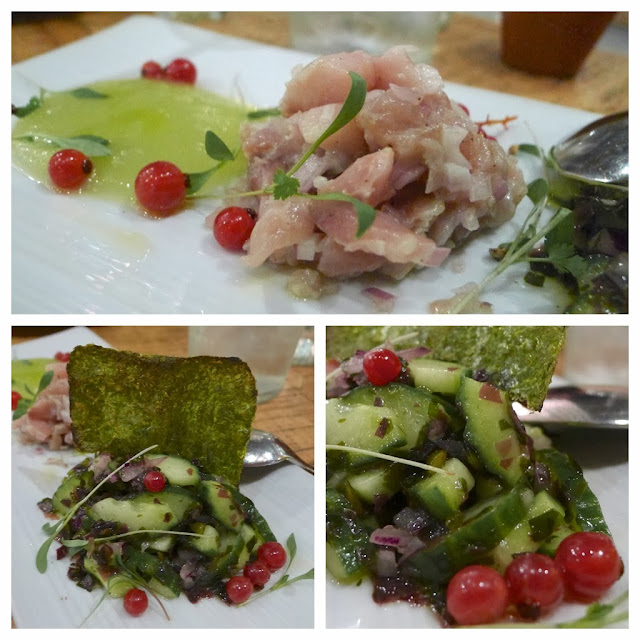 Seaweed & cucumber, green apple purée, pickled redcurrant, mackerel tartare – a good dish. It was interesting to see the same ‘green apple sauce’ from Bistrot Loubet on this dish as the poncier sounding ‘green apple purée’ – an indicator of the similarities and differences between the two venues and menus. 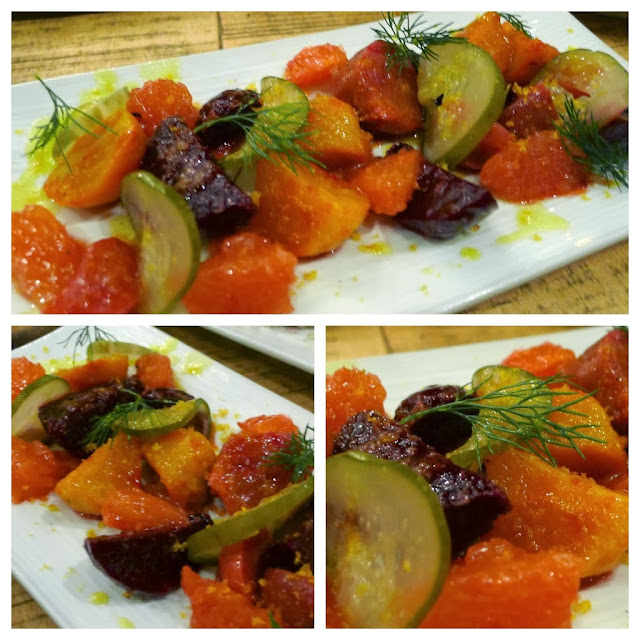 Smoked beetroot, pink grapefruit, gherkins, grated Bottarga, mustard oil – I adored this dish. A real interesting mix of sweet, tangy and bitter flavours that danced on the palate like the Granary Square fountains; the grated Bottarga roe being an inspired touch. 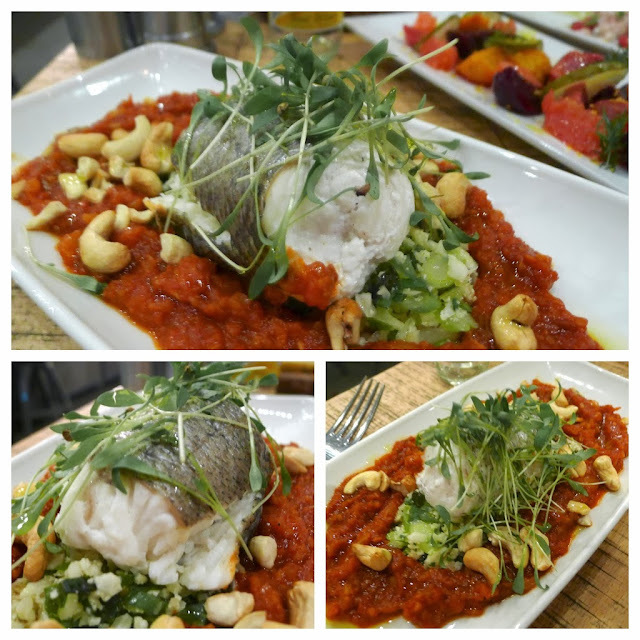 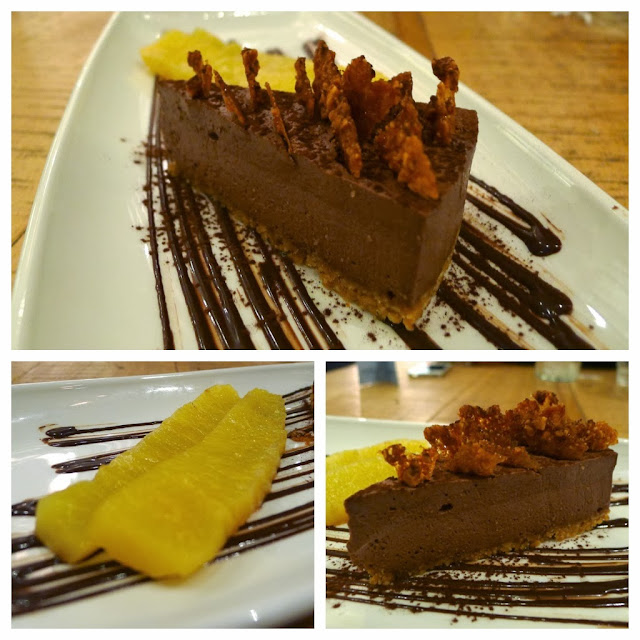 Verdict (Would I return?): My wife and I loved both Bistrot Bruno Loubet and Grain Store. The latter being more up my alley with its buzzy atmos and vegcentric menu. We’ll definitely be back to both.