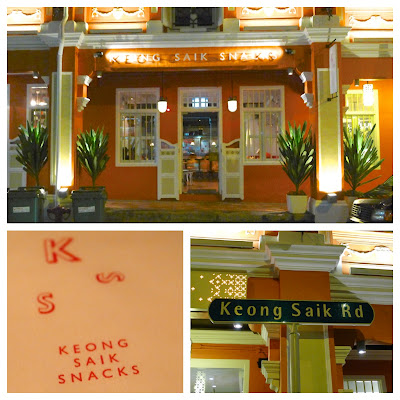 The description taken from the Singapore’s ‘Hungry Go Where’ review site (here) says: ‘Inspired by British café culture, Keong Saik Snacks is a laid-back snack bar ('comfort eatery' we like to term it) introducing a curious twist on traditional English food. Try the kimchi burger ($20, pictured) or the D-I-Y tuna tartare ($17) – perfect for in-between meal munchies.’ 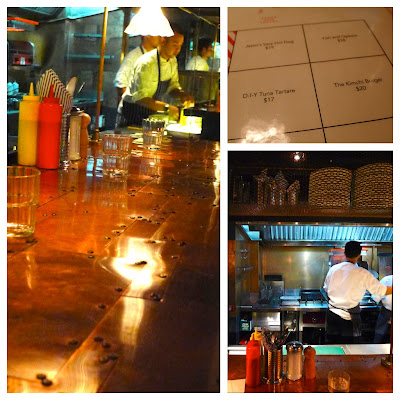 Executive Chef, Andy Walsh from nearby Esquina oversees the menu at Snacks. Riveted copper bar and semi open kitchen is overseen by the executive (see here). Galvanized steel mesh plate racks add to the industrial looking aspects of the décor that overlooks a more modern, homey white painted dining area with pops of colour coming from a large red corner banquette – the perfect place to sit and eat their casual food with a large group of friends. 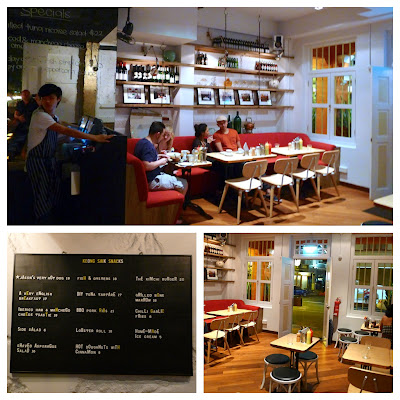 D-I-Y Tuna Tartare – served on a bespoke wooden board, the components of an Asian inspired Tuna Tartare are presented so that the diners can ‘do-it-yourself’ (themselves). The ingredients included: sesame seeds, chives, coriander, soy sauce, wasabi mayo, fresh lime, a miso based dressing and, of course, tuna. 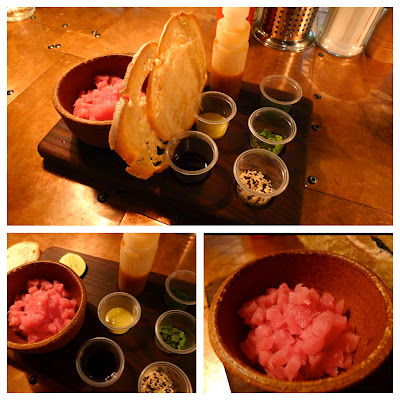 With a little of this and a little of that and a bit of the other, I had soon created the ‘perfect tuna tartare’ to serve on the crisp toasts. Well, I have to say that… I made it! 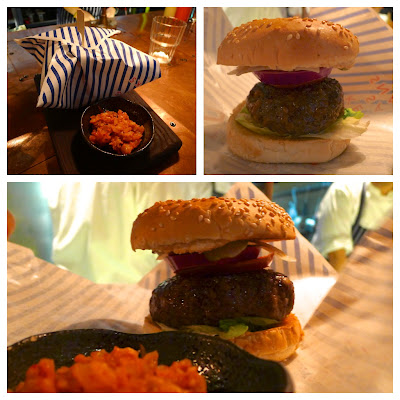 The Kimchi Burger – the ‘burger revolution’ hasn’t yet landed in Singapore; so by UK standards this was a pretty average burger. Albeit made from tasty beef and served with crisp fresh salad and sesame seed bun. What made it special was the side of ‘kimchi’ – it was not as spicy as I had expected but it was still Gangnam Style! 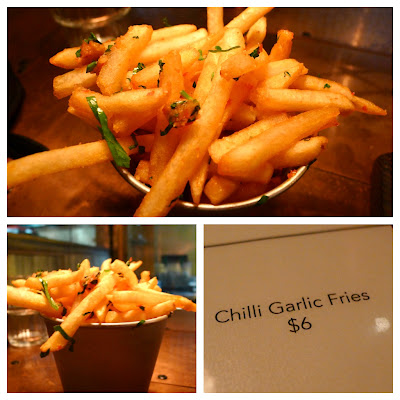 Chilli Garlic Fries – the garlic and chilli fries did exactly what they said on the tin i.e. they were both garlicky and had a hint of chilli.

As I was nearing the end of my ‘cup’ of chips, one of the chefs asked me what I was doing later. At first it was unclear if he was simply making polite conversation or was about to proposition me. It turned out he was just offering me the ‘password’ to gain entry to the ‘library’ next door. 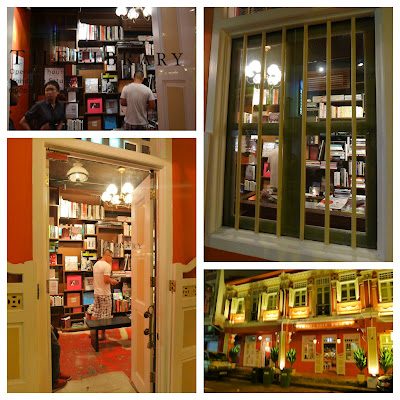 ‘The Library’, it became apparent, conceals a ‘speakeasy’ style cocktail bar. A ‘secret entrance’ is hidden in one of the bookshelves through which, access can only be gained by mentioning the password to one of the ‘book keepers’.

As I already had plans to meet people at the nearby Cufflink Club (see here) I didn’t enter The Library on this occasion. Next time I am in Singapore I plan to check it out when I return to Keong Saik Snacks.