Romantically, January in Manchester may not have the same ring to it as April in Paris; but to get us in the mood for our upcoming trip to the ‘City of Light’, I took my wife to 63° French Cuisine - the Northern Quarter’s new French fine dining restaurant. 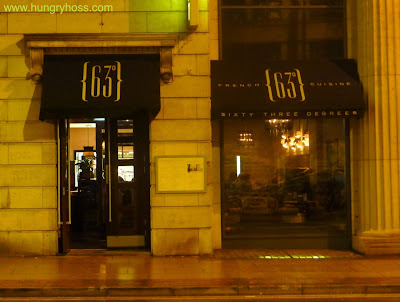 In April (assuming we can get reservations) we hope to visit Pierre Gagnaire, Le Chateaubriand, Passage 53, L'Agapé and (the only one we have so far managed to book) Le Jules Verne Restaurant, in La Tour Eiffel. Of course, these bastions of Gallic cuisine are amongst the best Paris, and indeed the world has to offer; so it would be unfair of me to expect Manchester’s new French kid on the block to live up to my high expectations – but it didn’t stop me hoping. 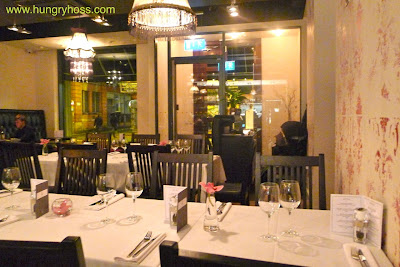 63° is a ‘family restaurant’ operated by ‘la famille de Moreau’ – Despite being fairly new to the North West (having previously worked at the restaurant’s failed predecessor ‘Simple), the son, Alexandre Moreau, quickly realised the opportunity to open a French eatery that would be a change from the many Italian places which the city centre has to offer and be financially more accessible than The French Restaurant at The Midland. (Although, since the opening of 63° in October 2011, another, similarly priced, French offering, ‘Aubaine Le Restaurant’ opened within Selfridges, towards the end of November.) 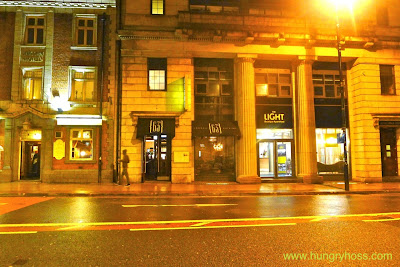 With the opening of Aubaine, 63°’s main selling points remain its location, nestled between Market Street and the city’s increasingly trendy Northern Quarter; it’s relaxed service and, of course, the ‘family’ connection. Alongside Alexandre, the father, Head Chef, Eric Moreau, can be seen smiling at the pass as he calmly oversees what comes out of the restaurant’s semi open kitchen whilst his wife Florence, elegantly and efficiently serves the front of house. 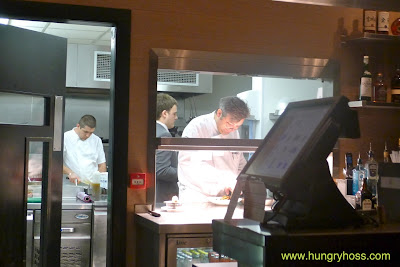 Eric has previously worked for two-starred Michelin chefs in Paris and as the head of Research, Development and Quality Control for a large French catering company – experiences that led to his belief that poultry tastes ‘magnifique’ when cooked slowly at a temperature of 63° C – a technique which, as well as giving the restaurant its name, features on its signature dishes: Suprême de volaille 63°, sauce morille et gratin dauphinois (63°chicken breast, morel mushroom sauce and gratin dauphinois) and Filet de canette 63° aux fruits, endives caramélisées (63°duckling fillet with fruits and caramelised chicory.) 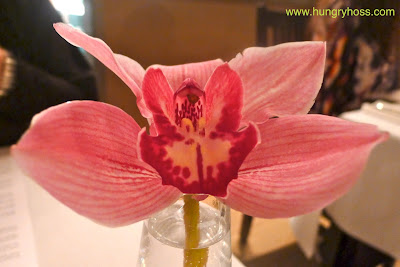 Relatively small, with around 40 covers, 63° have used the space inside well - large sweeping leather banquettes span one side, whilst linen covered tables with comfy wood and leather chairs sit reasonably spaced throughout the remainder of the dining room. Black and white, modernly sets the main colour theme with subtle pops of colour coming from fresh flowers, printed wallpaper and charming ‘shabby chic’ ruffled and tasseled lamp shades, which also provide a Parisian flavour whilst managing to avoid stereotypes. 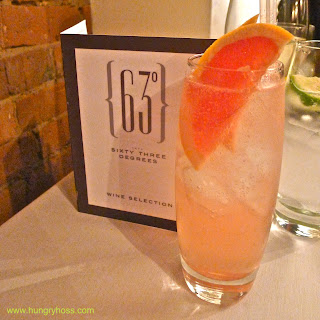 Whilst perusing the small but well-balanced menu, I selected the ‘Le Petite Anglaise’ cocktail as an aperitif - a refreshing G&T with the added zing of pink grapefruit - très bien. 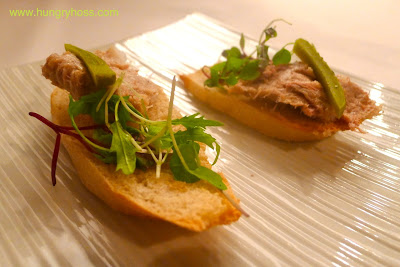 A tasty amuse bouche, of a lightly toasted crostini with Duck Rillettes topped with micro salad and a slice of cornichon, soon followed – this went down very well. 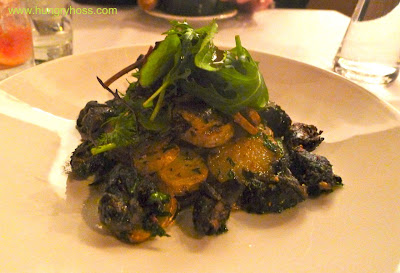 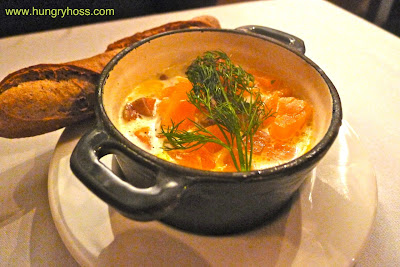 My wife chose to start with the Oeuf cocotte au saumon d’Écosse (Baked eggs with Scottish salmon). She enjoyed this dish so much that I have been charged with the task of trying to recreate it at home. The accompanying bread however (which, trying to cut down on carbs she gave to me) was a little on the chewy side. 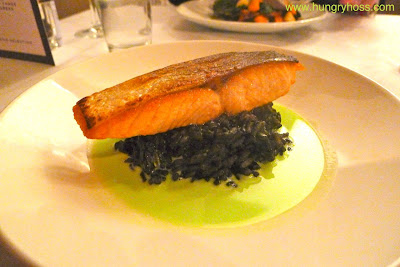 On the strength of the parsley foam that I had enjoyed so much at nearby Sole Seafood Restaurant the week before (see here), for my main, I ordered, Saumon à l’unilatéral, risotto noir et espuma de persil (Salmon cooked on one side, black risotto and parsley foam). Not wanting to be picky, sadly this dish was somewhat of a disappointment for me; I felt that the salmon itself could have done with a good 30 seconds less cooking time; the rice seemed to lack seasoning and the foam or espuma, despite being flavoursome, was not at all foamy - I expect a culinary foam to have bubbles at least the size of an Aero chocolate bar, but in this case there was nowt so much as a Wispa of aeration. 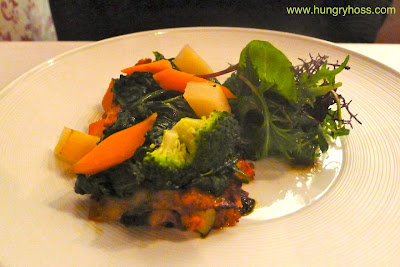 My wife’s choice of Mille feuille d’épinard, tomates confites et balsamic réduit (Layered spinach, caramelised tomatoes and balsamic vinegar reduction), was more successful - all the components were cooked and seasoned to our taste. Choosing this because it appeared to have the lowest carb content, my wife felt that the menu should have referred to the fact that the spinach was layered with sheets of lasagna, as it was a fairly substantial part of the dish. 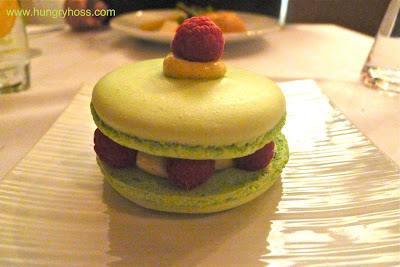 Having seen a picture on their Facebook page (see here), for my dessert I went for the Le Délice de Florence (Pistachio macaron and raspberry pulp) – it tasted good but despite having all the hallmarks of a good macaron: a crisp outer shell; glossy finish and a well formed pied, disappointingly the oversized puff itself didn’t have the expected gooey centre that I love so much. My heart set on a decent macaron, to solve the problem outlined above, I order a second dessert, the Café Gourmand, which came with a trio of traditionally sized macarons. These were much better - all of the qualities of their big brother but with the all-important gooey centre. Delectable! (It would be interesting to find out if these are bought in or skilfully made by Eric on the premises.) 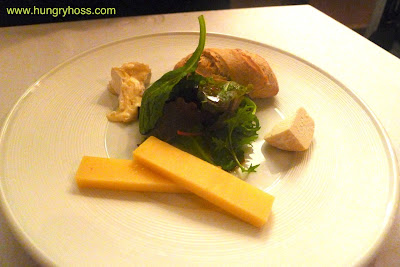 My wife opted for the simply presented Fromages affinés à la Française (Fine French matured cheese) featuring a Chèvre, Comté and a wonderfully ripe, pure and decadent Camembert. Personally I’d also liked to have seen a bleu (or even an Epoisses) on the plate – something with a bit more welly.