Planet Pavilion Café by The Modern Caterer at Jodrell Bank

During the summer my wife and I spent two weeks visiting my parents in Spain. This week my parents came to stay with us and to keep them entertained we planned a few days out (and a lot of great meals.) When my dad said that he wanted to visit the nearby Jodrell Bank Centre for Astrophysics I took the opportunity to kill two birds with one stone and check out the newly opened Planet Pavilion Café. 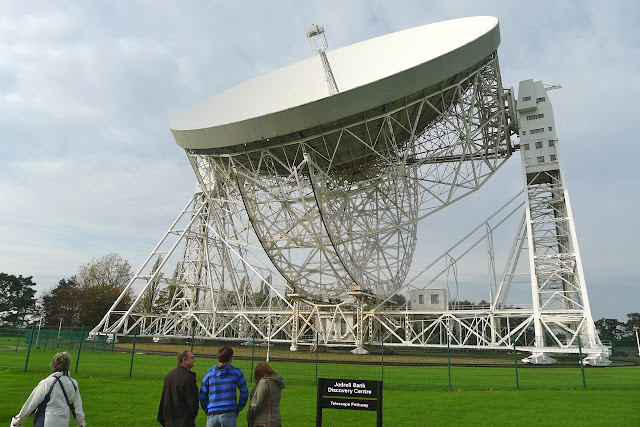 The Planet Pavilion along with the Gallery Café at the Whitworth Art Gallery (see here), Gabriel’s Grocery and the IABF, is an outpost of The Modern Caterer. Started in 2005 by chef Peter Booth, a onetime winner of the Manchester Food and Drink Festival’s ‘Food Hero of The Year’ award, the Modern Caterer has developed a reputation for wholesome, healthy, seasonal, sustainable and tasty food.

Personally, I’d like to get on with telling you what I ate but in case you are interested (Whatever launches yer rocket!), here’s a little bit of information about Jodrell Bank. Home to the Grade I listed landmark 'The Lovell Telescope', Jodrell Bank has been the site of an observatory since 1945. It is the third largest steerable radio telescope in the world and is named after the station’s founder, Sir Bernard Lovell. 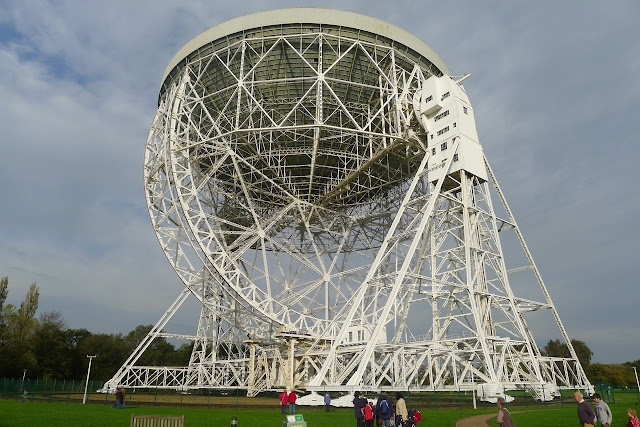 The telescope became fully operational in 1957 and coincided with the USSR’s launch of Sputnik 1 - the world’s first artificial satellite. At the time it was the only device capable of tracking Sputnik’s progress. In 1966 it also tracked the unmanned moon lander Luna 9 and listened in on its transmission of photographs from the moon's surface, which were subsequently given to the British press and ‘published before the Soviets themselves had made the photos public’ – they can’t have been pleased!

As well as tracking satellites and probes, the Jodrell Bank telescopes help the likes of Professor Brian Cox to study ‘things’ such as pulsars, quasars and neutron stars – you can tell that I learned “loads!” Actually, I learnt more than I am letting on; the Space Pavilion was full of interesting interactive exhibits and videos, answering many questions about the Universe. The children who were visiting on the day certainly seemed to be enjoying themselves. 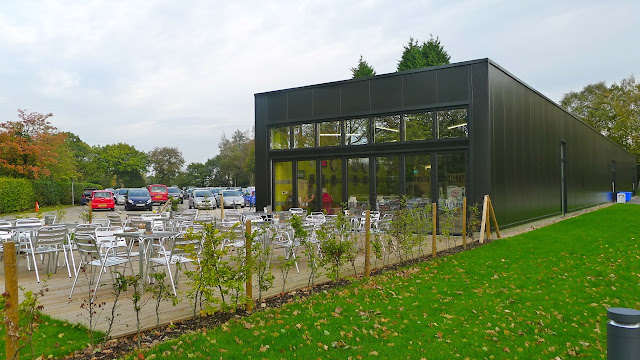 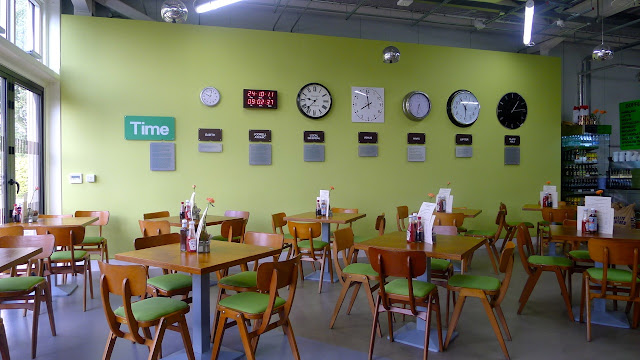 The café itself, housed in the Planet Pavilion with great views of the Lovell Telescope was also a great place to learn as well as lunch. One wall of the café displays the time on Earth, Venus, Mars and Jupiter and also tells of Jodrell Atomic, Local Sidereal and even how time works in Black Holes – not many cafés do that!

Most people would find the views of the grounds and imposing telescope to be the most interesting part of a visit but for me the views of the chalk boards displaying the menu and daily specials were more my thing. Dishes such as ‘Potted Cheshire Pork, English Apple Jelly and 100% Rye Bread’ sounding much ‘hotter’ than the surface of the sun! 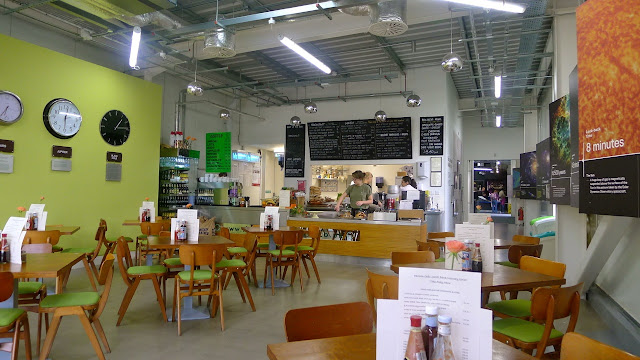 We had arrived at the 10am opening time, so instead of the pork I decided to go for the Full English Breakfast and a Pot of Tea. The tea was served in a funky retro enameled teapot (with Fairtrade sugar.) The staff were all very friendly. 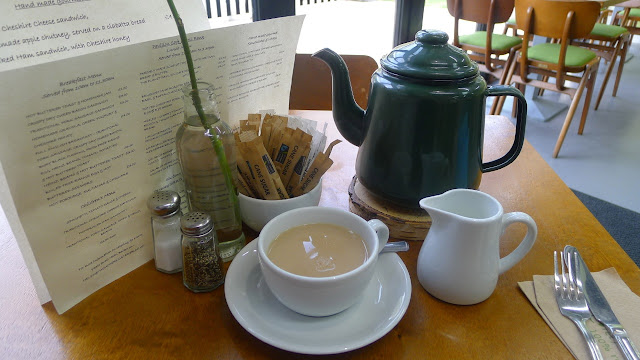 My ‘Full English’ featured, in alphabetical order: Bacon, Beans, Black Pudding, Chips, Egg, Sausage, Toast and Tomato. Everything was of a good quality, lightly cooked and not at all greasy. The award winning Barbakan Delicatessen provided the bread. It’s a long time since I have eaten a large cooked breakfast like this – I had forgotten how good dunking a crisp fluffy chip into a deliciously runny yolk could be! 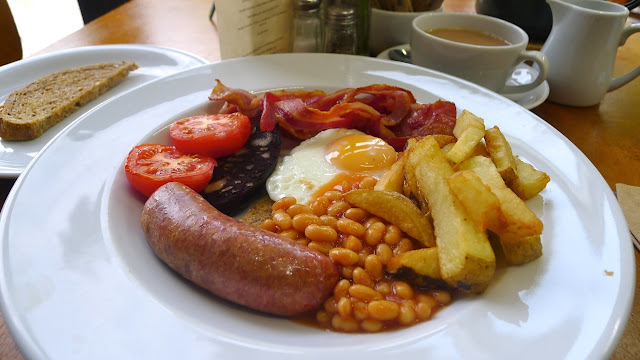 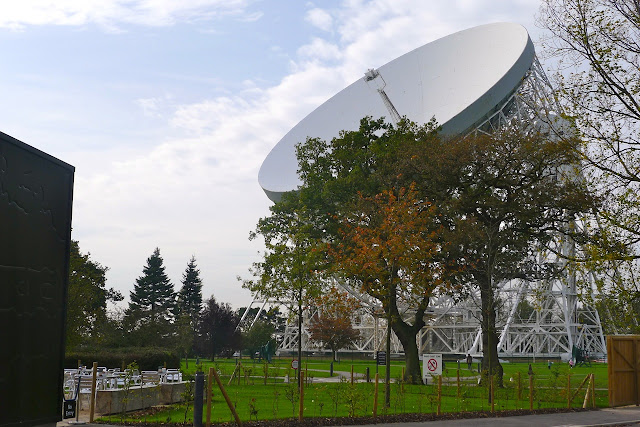