‘Paul Heathcote MBE regains two Michelin Stars at his flagship Longridge Restaurant’ – this is a headline that myself, fellow North West foodies and I am sure Paul, would love to see! 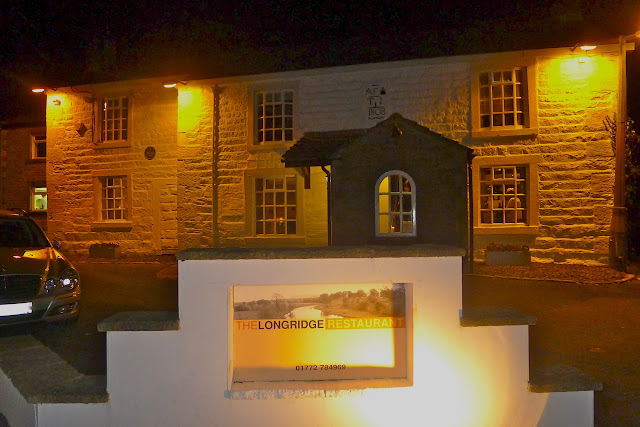 Having trained and worked at some of the countries’ best restaurants, namely Sharrow Bay, The Connaught and for twelve years at Le Manoir aux Quats’ Saisons Paul returned to his native Lancashire to open The Longridge in 1990. Just two years later he was awarded his first Michelin star his second following soon after.

The Longridge kept the two stars for four years and last held a star in 2006. These years marked the golden years for Heathcote. Throughout his hugely successful career Paul has published two best selling books, taught children about healthy eating, opened (and closed) a number of restaurants and won a plethora of awards and accolades, including Egon Ronay Chef of the Year and three Cateys! His crowning glory, receiving his MBE from Buckingham Place in the 2009 Queen’s Birthday Honours List.

In his quest to regain Michelin star status, Paul’s ambitions are reflected through his Head Chef appointments. Since the talented Chris Bell (who you may recognise from TV’s Great British Menu) left earlier this year to return to his native Northern Ireland, Heathcote has appointed Hywel Griffith to run his prized kitchen. 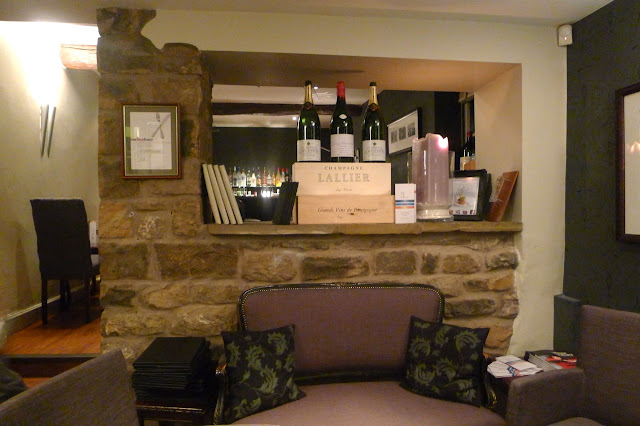 Hywel, fresh from working at Michelin-starred Ynyshir Hall Hotel in Wales, is another young chef aiming to make his mark on The Longridge and give the guide’s judges what they are looking for; most notably: 1) quality of ingredients; 2) skill in their preparation and the combination of flavours; 3) level of creativity; 4) value for money and 5) consistency of culinary standards. 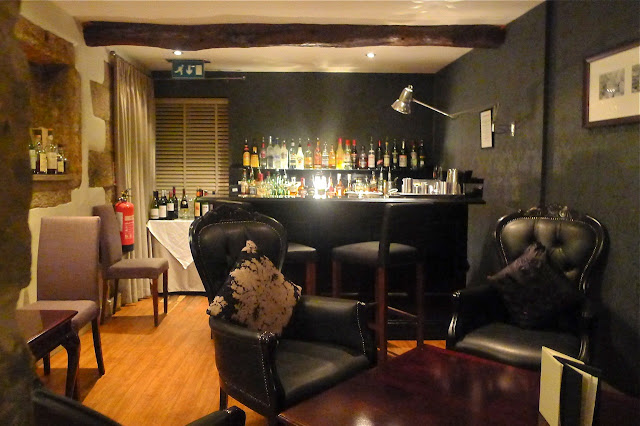 When my wife and I eat somewhere that is ‘striving to gain’ (or regain) a star, it is natural for us to make comparisons with the starred places in which we have eaten. The ultimate question being, ‘Do we think they deserve one?’ Of course, despite having eaten at a number of one, two and three starred establishments around the world, we are far from, as the inspectors are reputed to be, ‘hotel school graduates with at least five years' experience in the restaurant or hotel industry.’

Nor have we received ‘six months' training and work with an experienced inspector before going it alone.’ By many standards we eat out a lot (typically two or three times a week) but Michelin inspectors are said to evaluate 240 restaurants a year! However, like I say, qualified or not, it’s natural to make comparisons and subsequently I’ll pass comment on each dish from our recent meal of The Longridge’s Gourmet Dinner Menu, using Michelin’s five criteria. 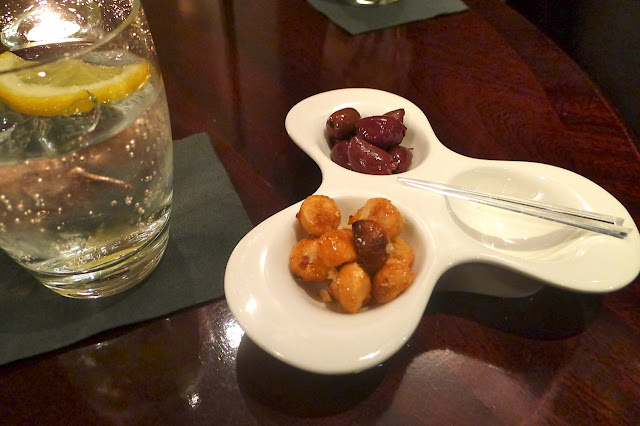 After a horrendous journey in which we encountered two seperate  traffic jams, we arrived (after ‘phoning ahead to inform the restaurant) an hour late. We were warmly welcomed and began to relax with an aperitif and some olive and macadamia nut nibbles in The Longridge’s comfortable reception area.  First impressions were certainly very positive, the décor charmingly fusing the old and the new; the restaurant’s ‘blue plaque’ outlines some of its history. 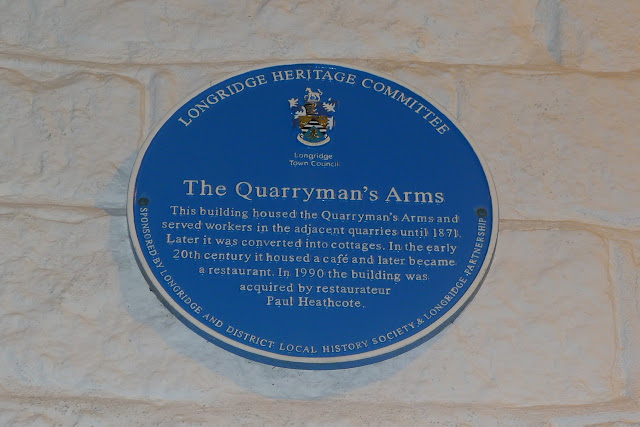 Of all the criteria, I assume the most subjective has to be the ‘level of creativity’ and then to a lesser extent the ‘combination of flavours’. Of course it’s also difficult to comment on ‘consistency’ after one visit. The easiest of the criteria is probably ‘value for money’ and I feel that The Longridge certainly offers that, especially with the regular offers that can be accessed through the website when you sign up to become a ‘Friend of Paul’. 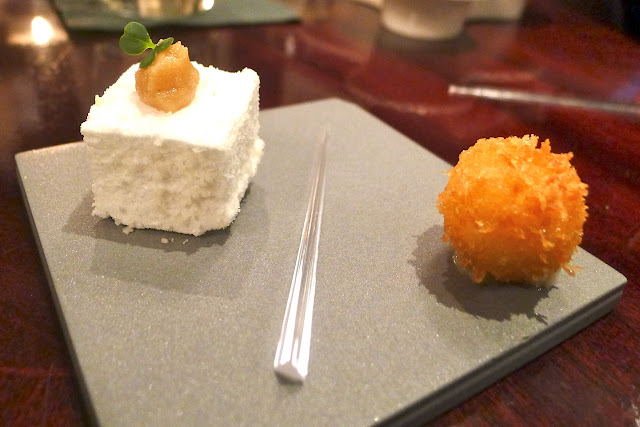 An amuse bouche featuring a Parmesan Marshmallow with Roasted Hazelnut and a delightful little Goat’s Cheese Fritter in a crisp golden crumb. Both cheeses can have a strong flavour but here they were not overpowering; although perhaps Michelin inspectors would expect a greater punch from the listed flavours? (Michelin star quality? – I think so.) 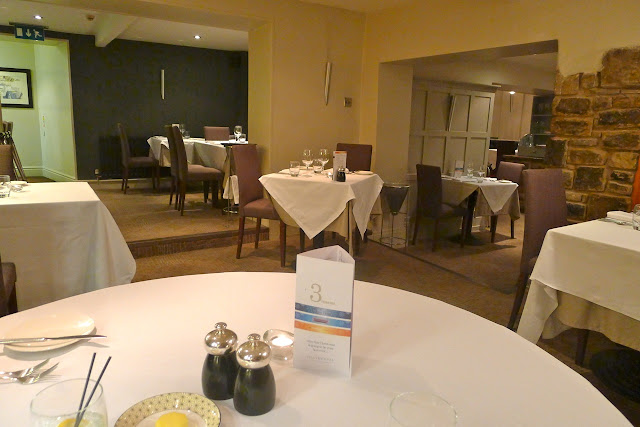 After the  amuse, we went though to the dining room and were seated in a spacious round table in the corner of the room. The décor here similarly mixed modern and period features with exposed brickwork and beams were contrasted with modern lighting and comfortable chairs upholstered in neutral tones or studded black leather banquettes. The room was a little cold, but this building does date from 1808 (with hindsight perhaps we should have asked to be moved away from the window.) 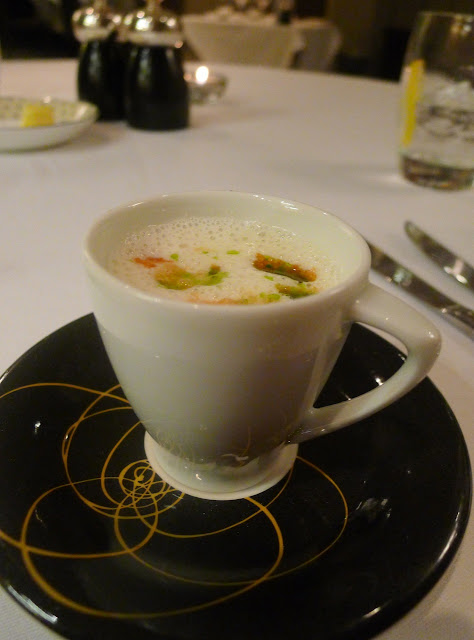 The starter of Cauliflower soup with Parmesan and parsley oil arrived in modish espresso cups. I like to add a sprinkling of parsley to cauliflower cheese and this soup was a tasty variation on proven flavour combinations; the Parmesan crisps adding a pleasing texture. (Michelin star quality? – Yes.) 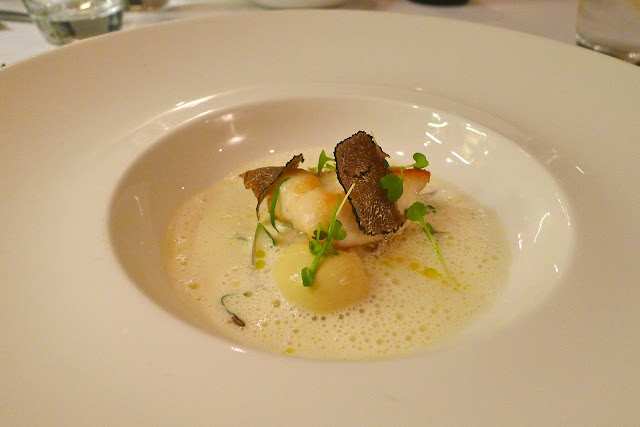 The next dish was the best of the evening for me, Seared fillet of turbot with Jerusalem artichoke soup, tea infused egg, apple and truffle oil. With regard to Michelin’s first criteria, the quality of ingredients, you cannot get much better than a beautifully cooked fillet of in season Turbot, ‘the king of all sea fish’. The Jerusalem artichoke soup, also making the most of the season’s best, was very good; the tea smoked egg imparting a subtle smokiness. Then, to top it all, slices of heavenly autumn truffle - a surprise treat, trumping the listed truffle oil. (Michelin star quality? – Most definitely!) 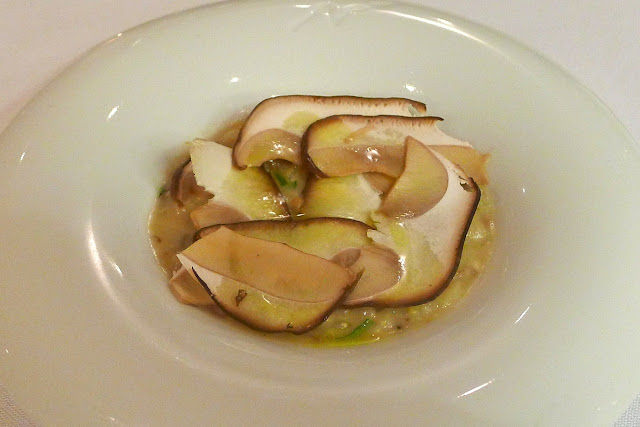 Wild mushrooms are at their best this time of year and the cep (or porcini) is one of the best wild mushrooms. The thin slices of mushroom used in The Longridge’s Cèpe Risotto tasted firm and fresh. The risotto had a good creamy texture but for my taste it was a little under seasoned but salt and pepper was provided on the table. (Michelin star quality? – Just.) 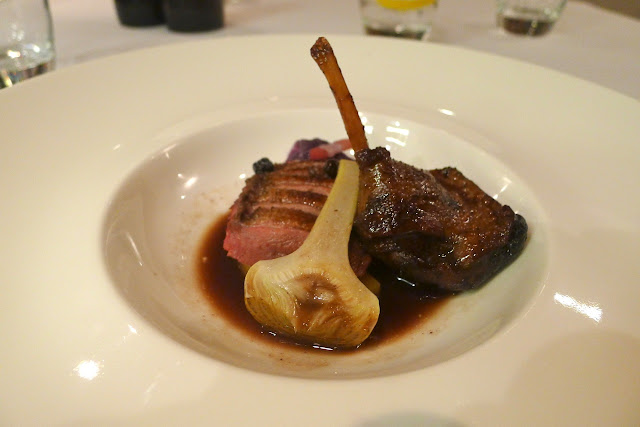 Seared and braised mallard, Alsace braised cabbage, artichoke, swede and juniper jus was main course offering. Good seasonality of ingredients and each component was cooked well enough. However, for me, it lacked a little depth of flavour and also creativity. The duck itself was disappointing. (Michelin star quality? – Not for me.) 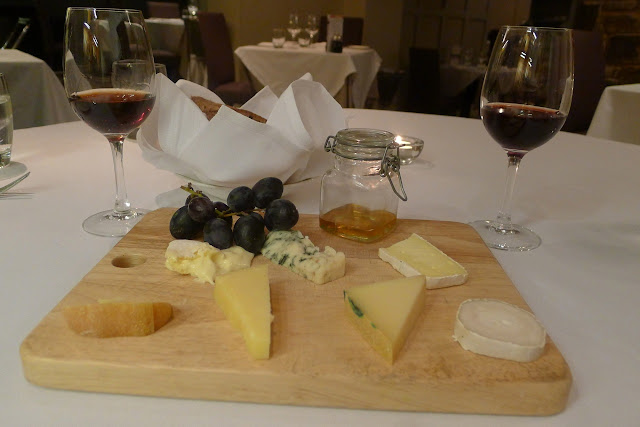 The Cheeses Selection, served with walnut and raisin bread and honey featured seven quality cheeses. I do prefer to choose my own cheeses from a trolley or ‘cheese chariot’ and many of the Michelin rated restaurants do it this way. However, this was a decent selection with good cheeses of their type - the Celtic Promise, Roquefort, Vacherin Mont d’Or and Perl Wen, all noteworthy. (Michelin star quality? – Maybe.) 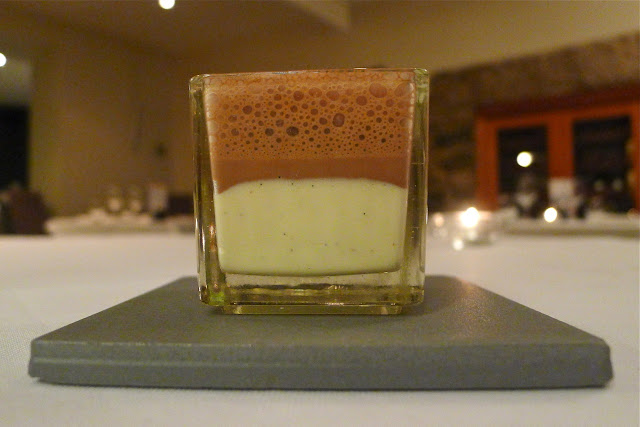 The pre-dessert of Vanilla cream and chocolate cappuccino sounded good on paper. In reality I found the vanilla a little lacking in flavour and the chocolate ‘cappuccino’ also underperformed. Overall, it reminded me of something that you might find in a little plastic pot from a supermarket and put into a kid’s lunchbox. (Michelin star quality? – Not on your nelly.) 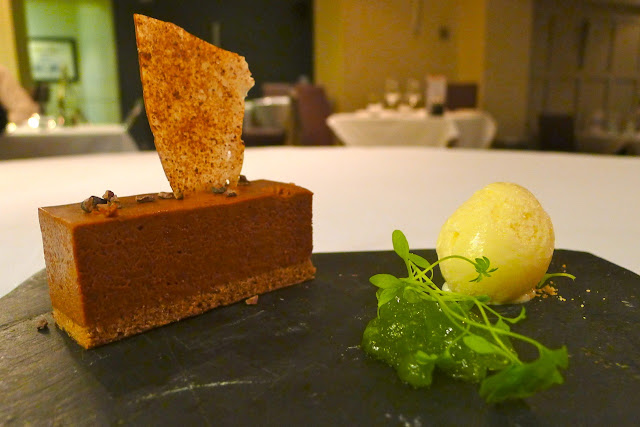 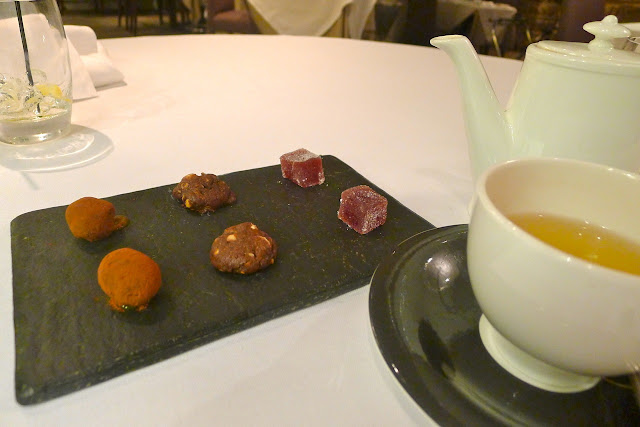 To follow, instead of Coffee, I selected a Green Tea, which was served with some pleasing Petit Fours - a Dark Chocolate Truffle, a White Chocolate Chip Cookie and a Strawberry Jelly. (Michelin star quality? – Why not?)

Like I say, I’m not really qualified to judge but my views do seem to agree with Michelin’s, in that they have not yet returned the restaurant’s star status. I sincerely hope that I’ll be reading that headline soon and I’m sure that the one person who knows better than me what The Longridge needs to do to win back a star is Paul Heathcote MBE.