The White Hart at Lydgate is one of these places that I have been meaning to get around to visiting for quite some time and have little or no excuse for not doing so – it’s only a short drive from the M60 and has been listed in the Michelin guide for a number of years.

When I read on Twitter that Mark Birchall (Head Chef at 2 Michelin starred L’Enclume) and Paul Foster (one Michelin starred Head Chef of Mallory Court) would be teaming up with White Hart Head Chef, Mike Shaw, for a one off Guest Chef’s Dinner, it seemed the perfect opportunity to finally get around to eating there. 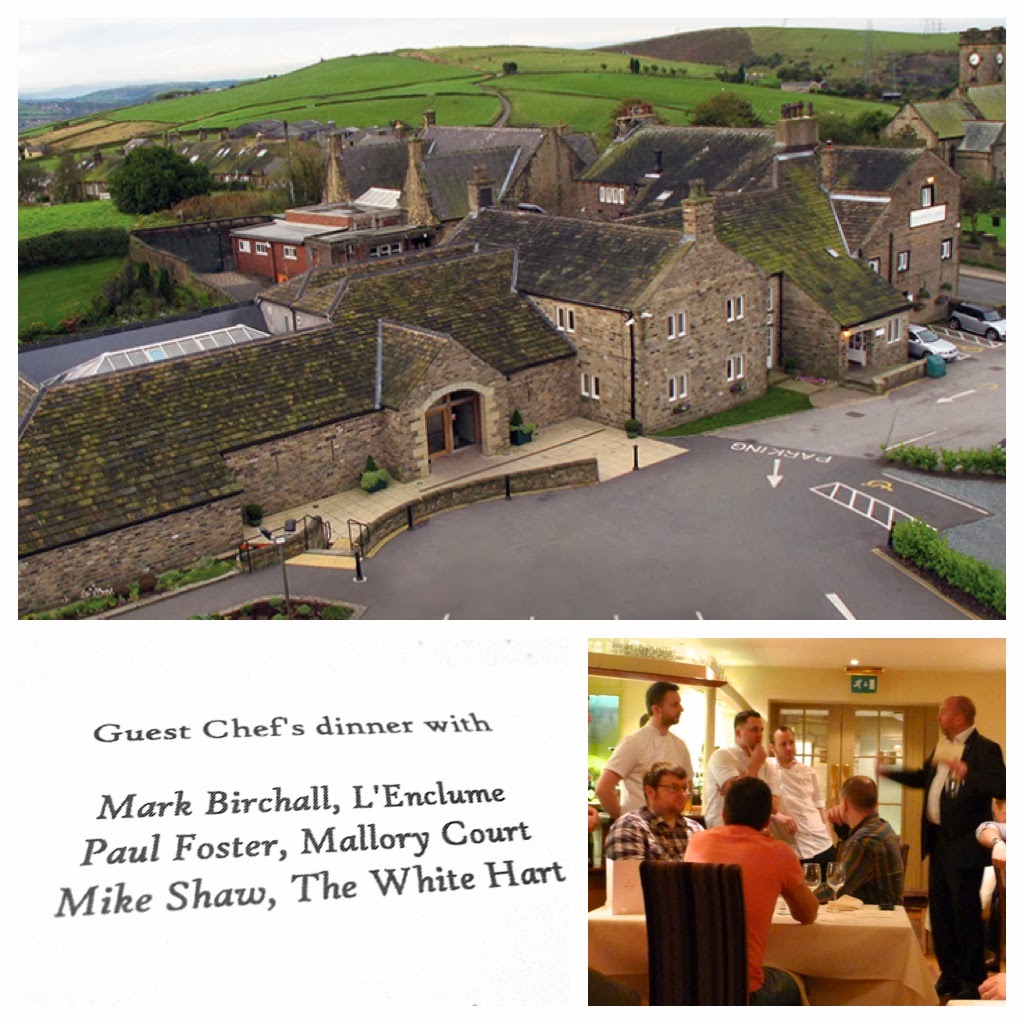 I typically don’t go to many of these “guest chef dinner” type things – separating chefs from their own kitchens and teams and asking them to plate up multiple versions of the same dish (banqueting style) does not always result in food that is most representative of their capabilities.

On the other hand though, it’s still a great way to sample the food of chefs that one has admired from afar - as in the case of Paul Foster. 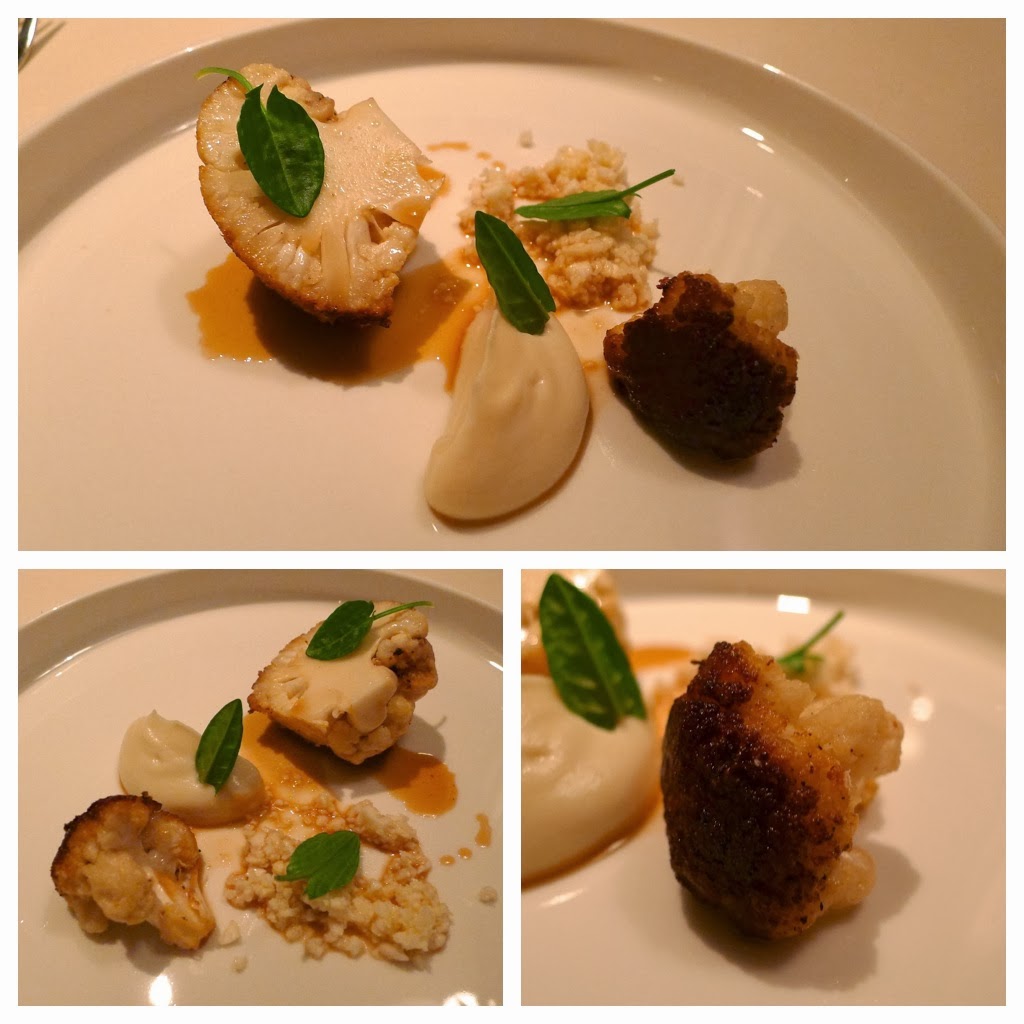 Paul was the first chef up with Roast Cauliflower, chicken sauce 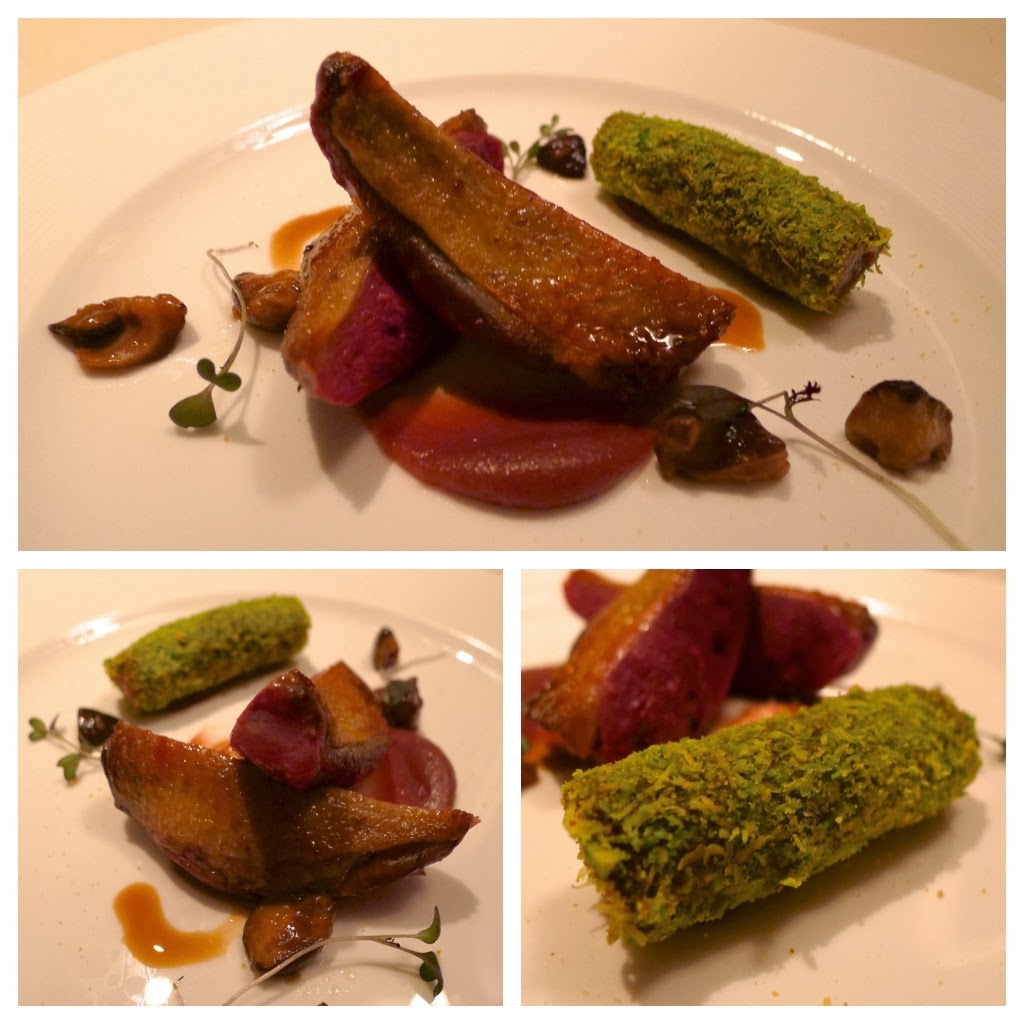 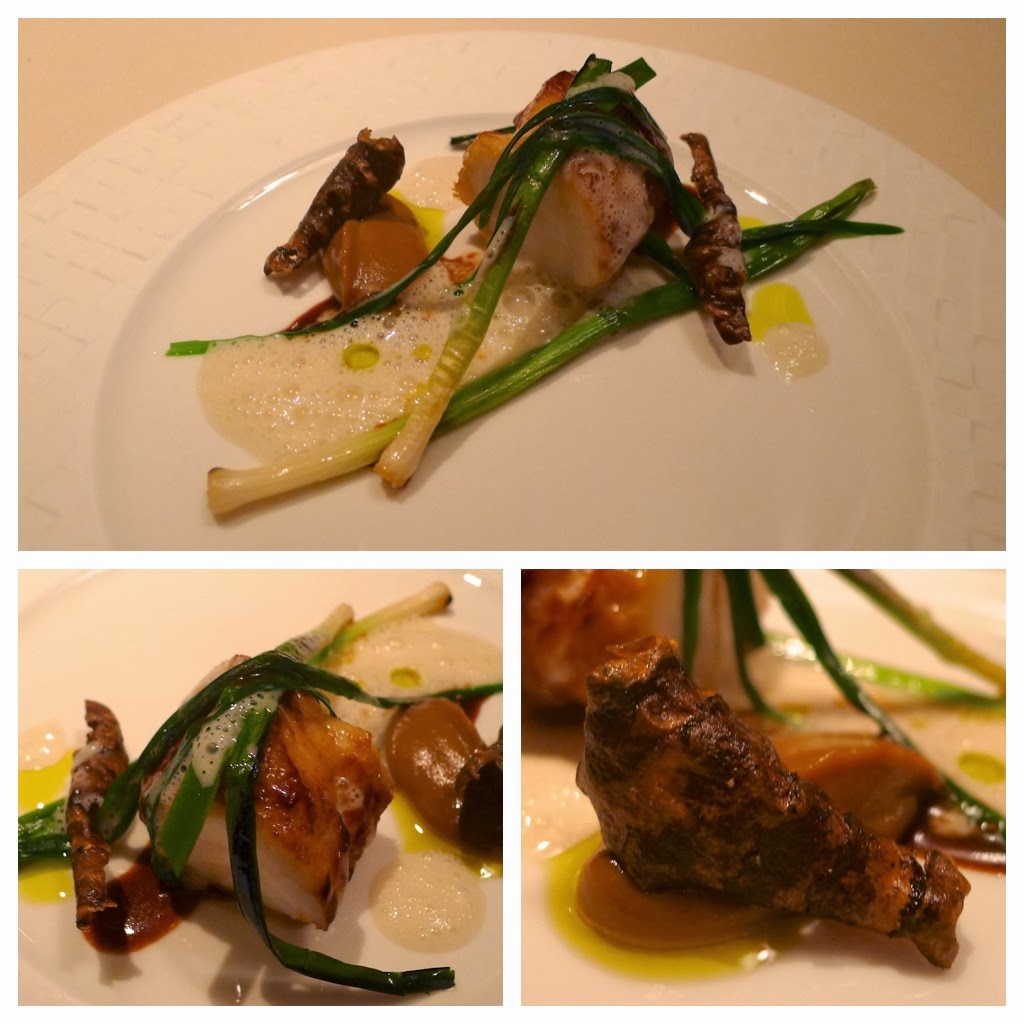 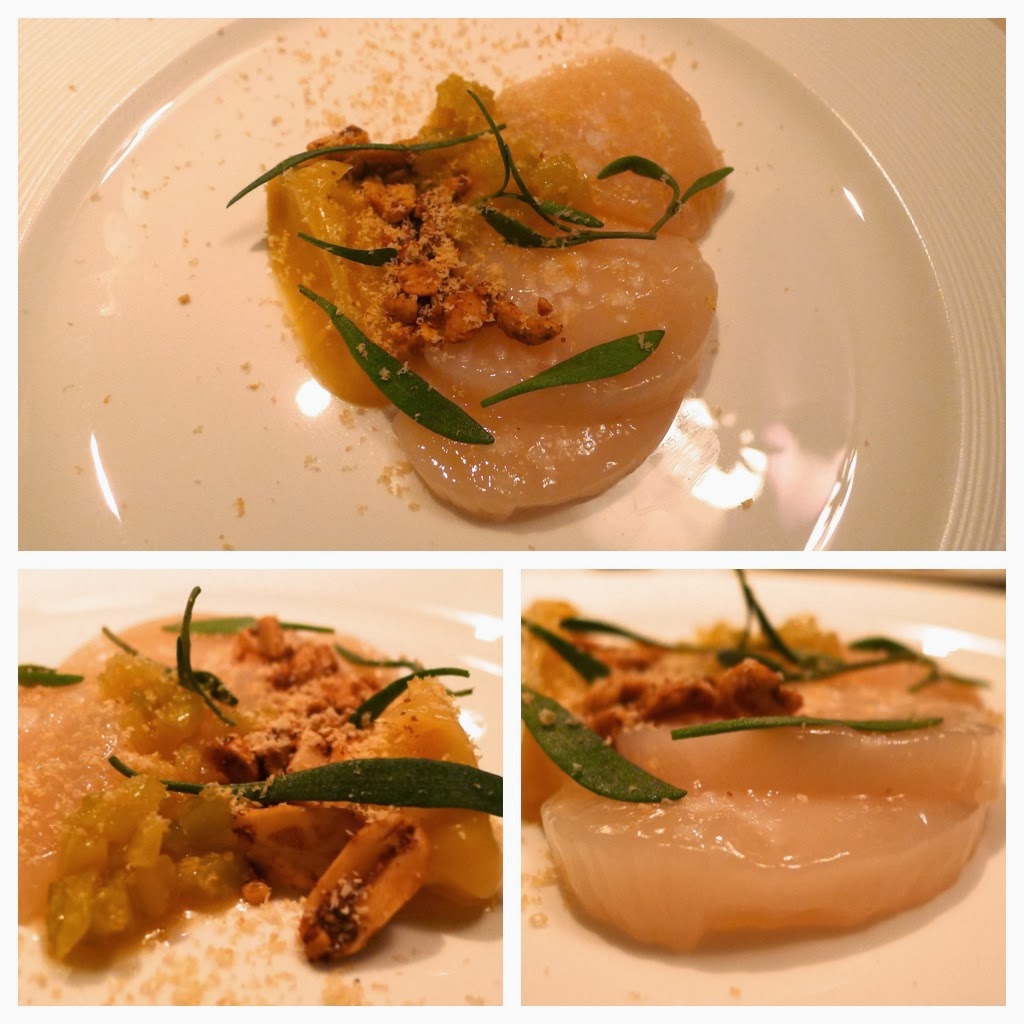 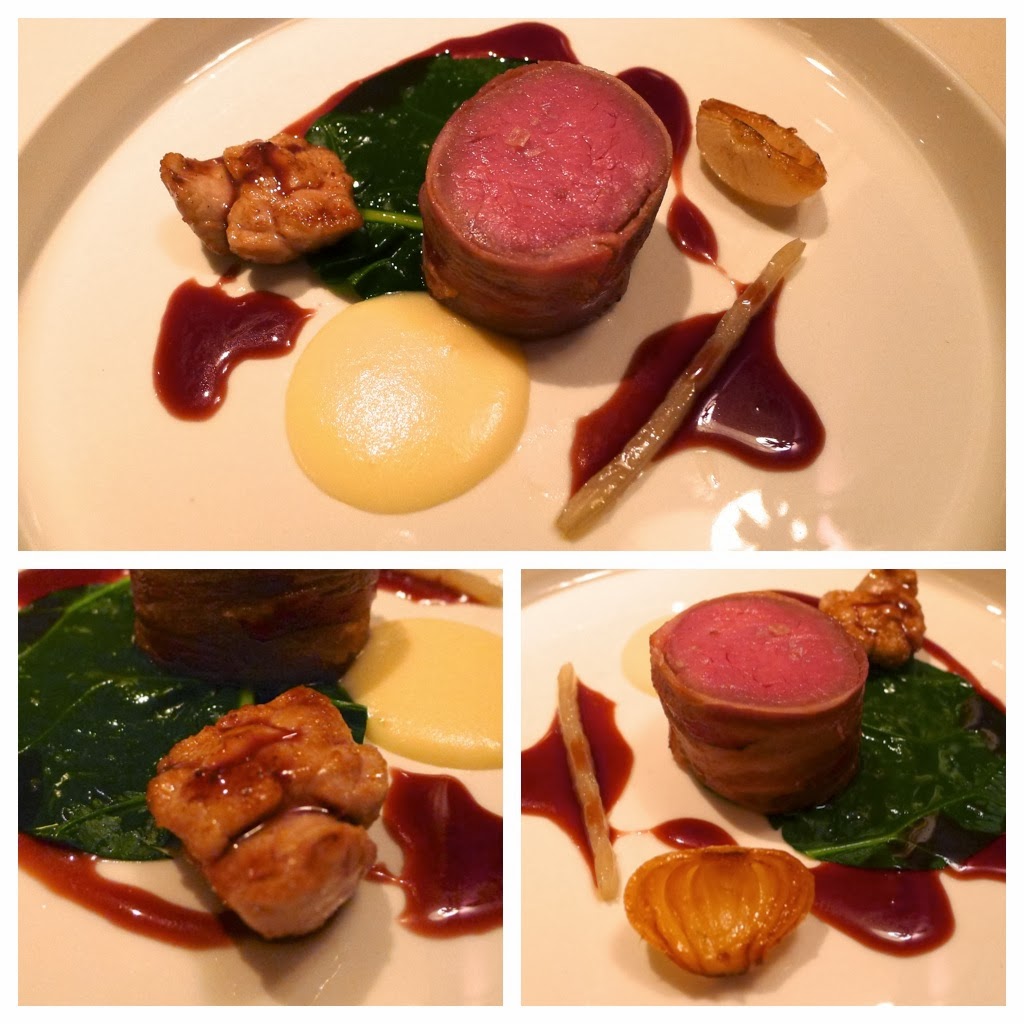 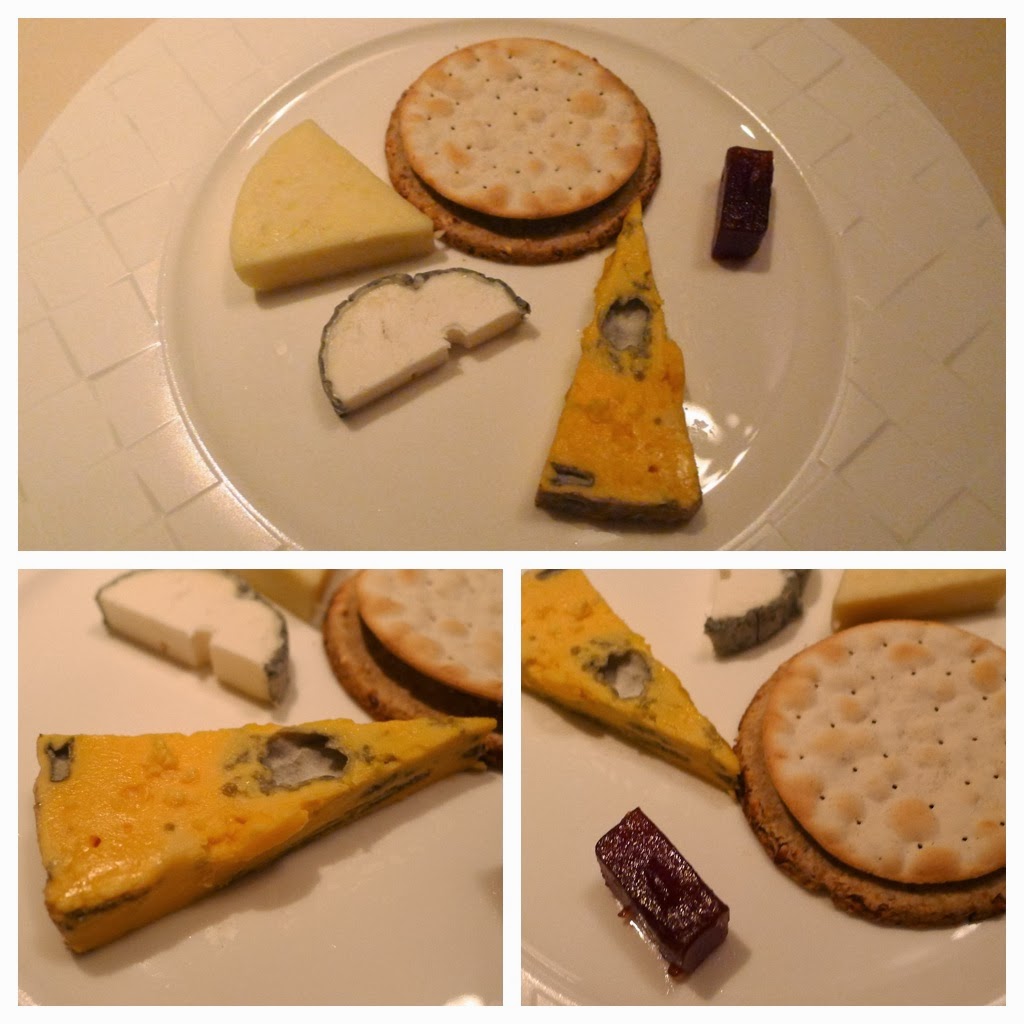 A British and French cheese course arrived next

It would be unfair to compare the chefs and dishes but suffice it to say I am now determined to get back to The White Hart asap and hope to be able to visit Paul Foster at Mallory Court… and will continue my regular trip to L’Enclume.