In my day job, as a primary school teacher, I have a display of ‘inspirational’ quotes, which I update from time to time.

One, from a young Miley Cyrus, which has been on the wall for a while, reads: ‘‘I will learn from my mistakes and trust my support team. My family and my faith will guide me through my life's journey.”

Hoping to get the kids working more than twerking, I thought it was about time this came down. So I took to the Internet to find quotes from more ‘famouses’ - this time, with links to Manchester. 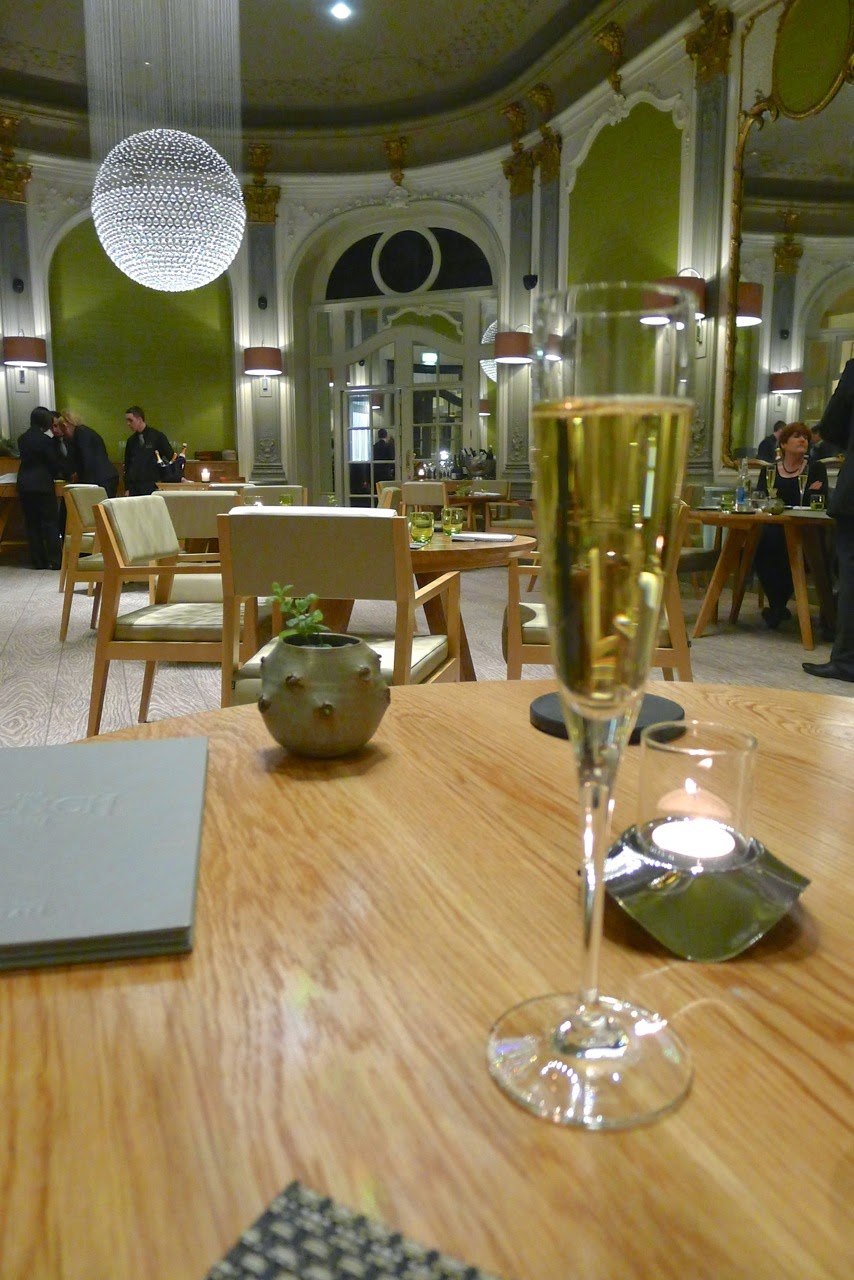 I found a couple of thought provoking ones from Alan Turing:

“A computer would deserve to be called intelligent if it could deceive a human into believing that it was human.” and:

“We are not interested in the fact that the brain has the consistency of cold porridge.”

A classic from David Lloyd George, “Don't be afraid to take a big step. The most dangerous thing in the world is to try to leap a chasm in two jumps.”

Another from Emmeline Pankhurst, “Trust in God - she will provide.”

A belter from Noel Gallagher, “Fame is something that is bestowed upon you because of success. Success is something you have to chase.” 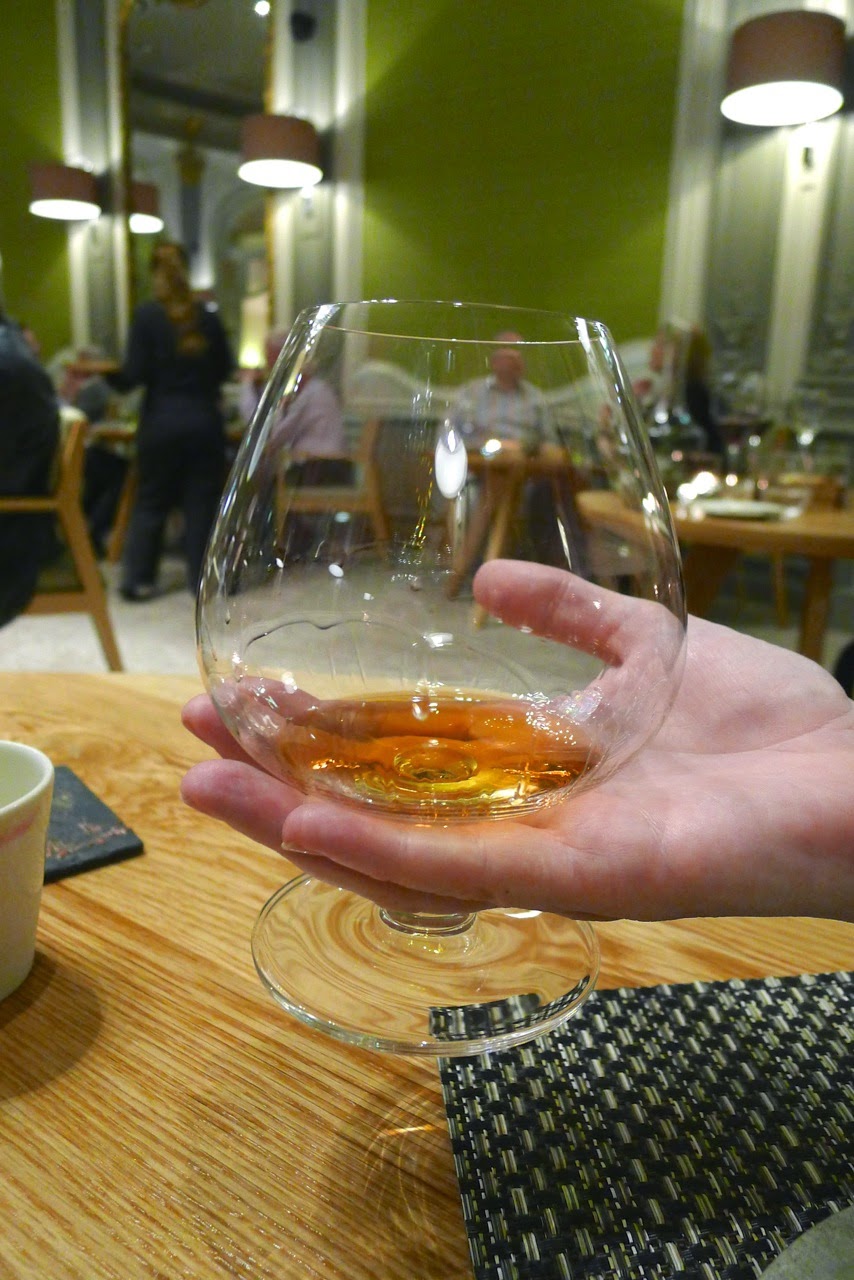 One to motivate the children to work harder in maths from David Beckham, “My parents have been there for me, ever since I was about 7.”

And one from Victoria Beckham, which encourages the kids to take home those crappy pieces of artwork that they do during wet breaks: “I'm not materialistic. I believe in presents from the heart, like a drawing that a child does.”

Which brings us to the fact that The French by Simon Rogan has just celebrated its first birthday. 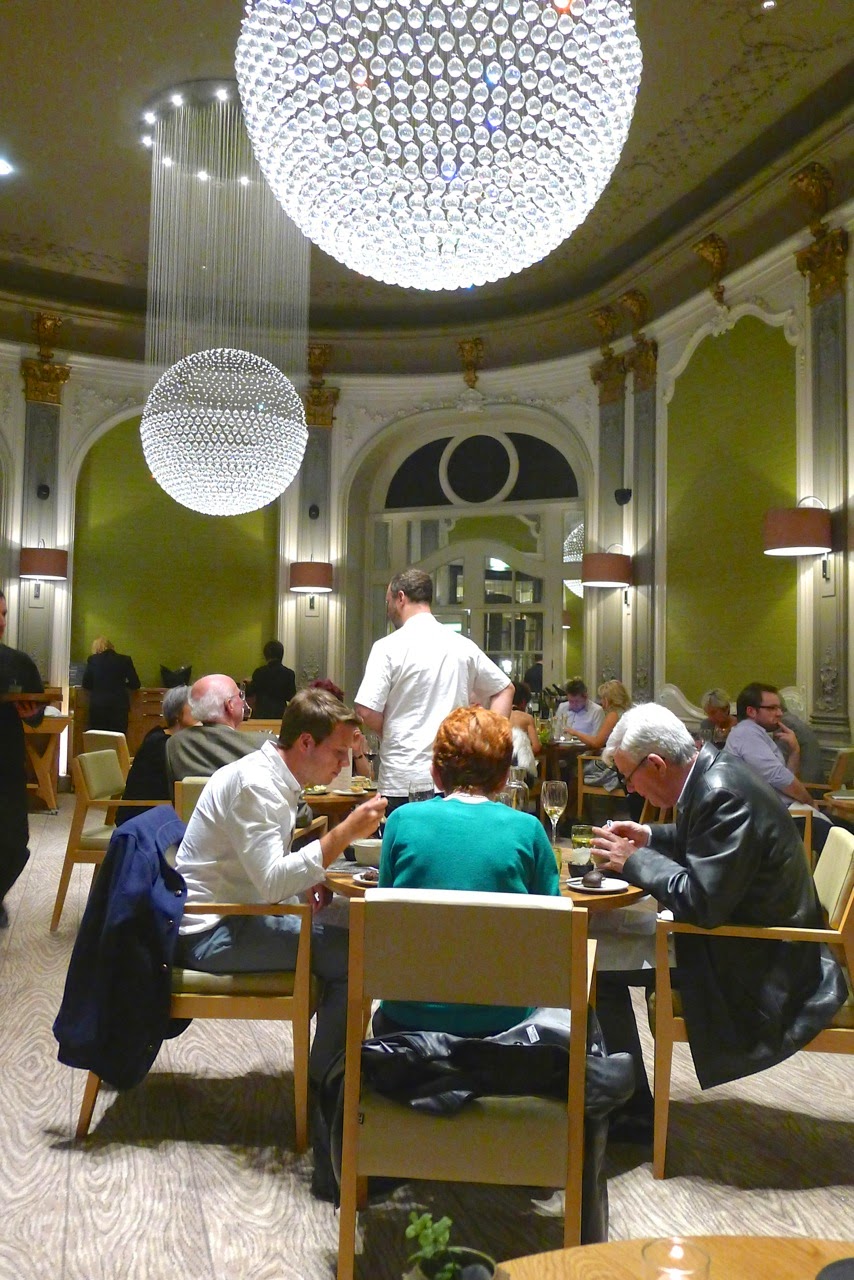 It may have not been given the deserved Michelin star in its first year but it was named the UK’s 12th best restaurant in the Good Food Guide and my No. 1 restaurant in Manchester.

All eyes may be on Simon Rogan’s Fera at Claridge’s and, of course, L’Enclume but the people of Manchester remain lucky and proud to have The French.

I’ve written more than enough about Simon’s food over the years, so I'm not going to bore you by commenting on each dish. Most of the dishes were new ones to me and were all* top notch. (*the one dish that I found slightly weaker was the Butter poached plaice – it lacked a little something for my palate, perhaps a little acidity?) 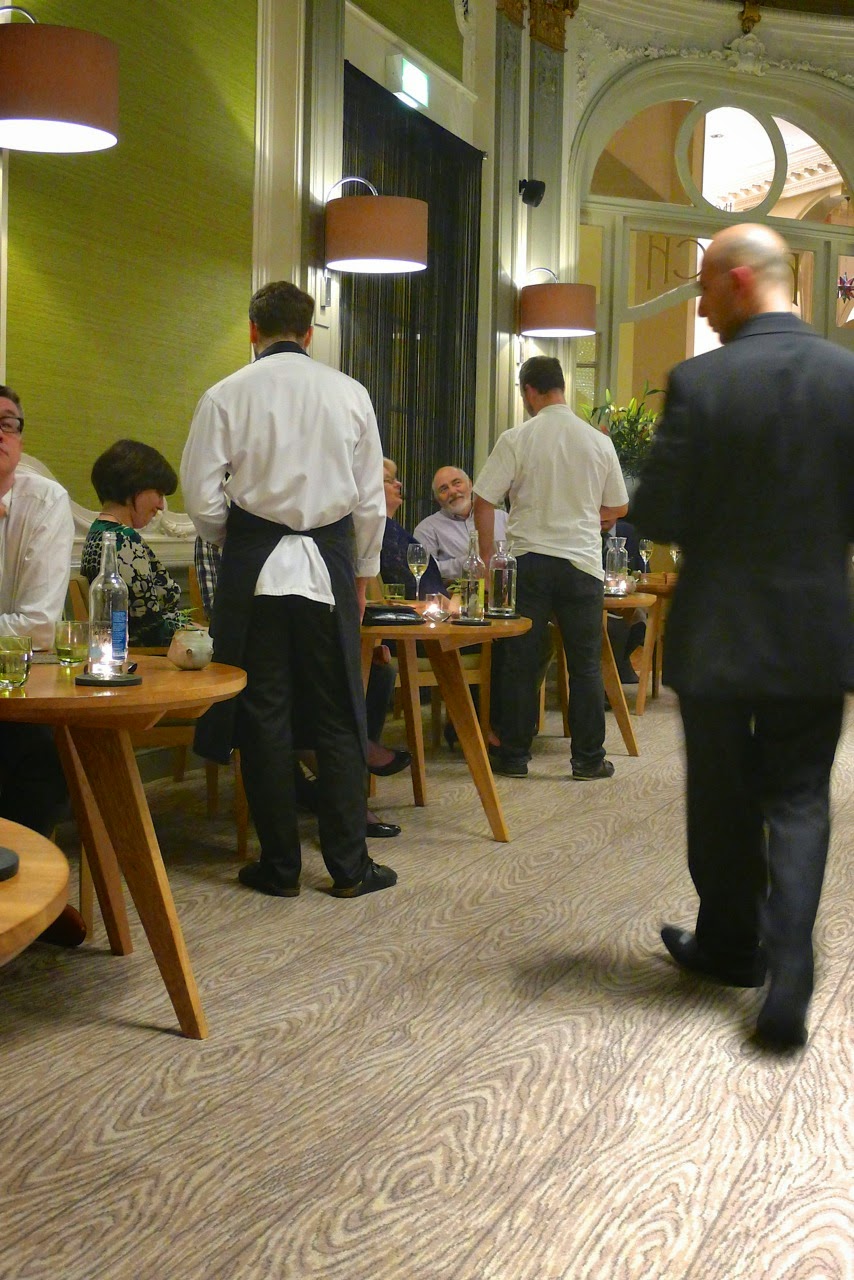 As a special birthday treat, Restaurant Manager, Kamila Płońska, allowed Simon Rogan and his Head Chef Adam Reid into her realm to sauce certain dishes and parley with the customers. 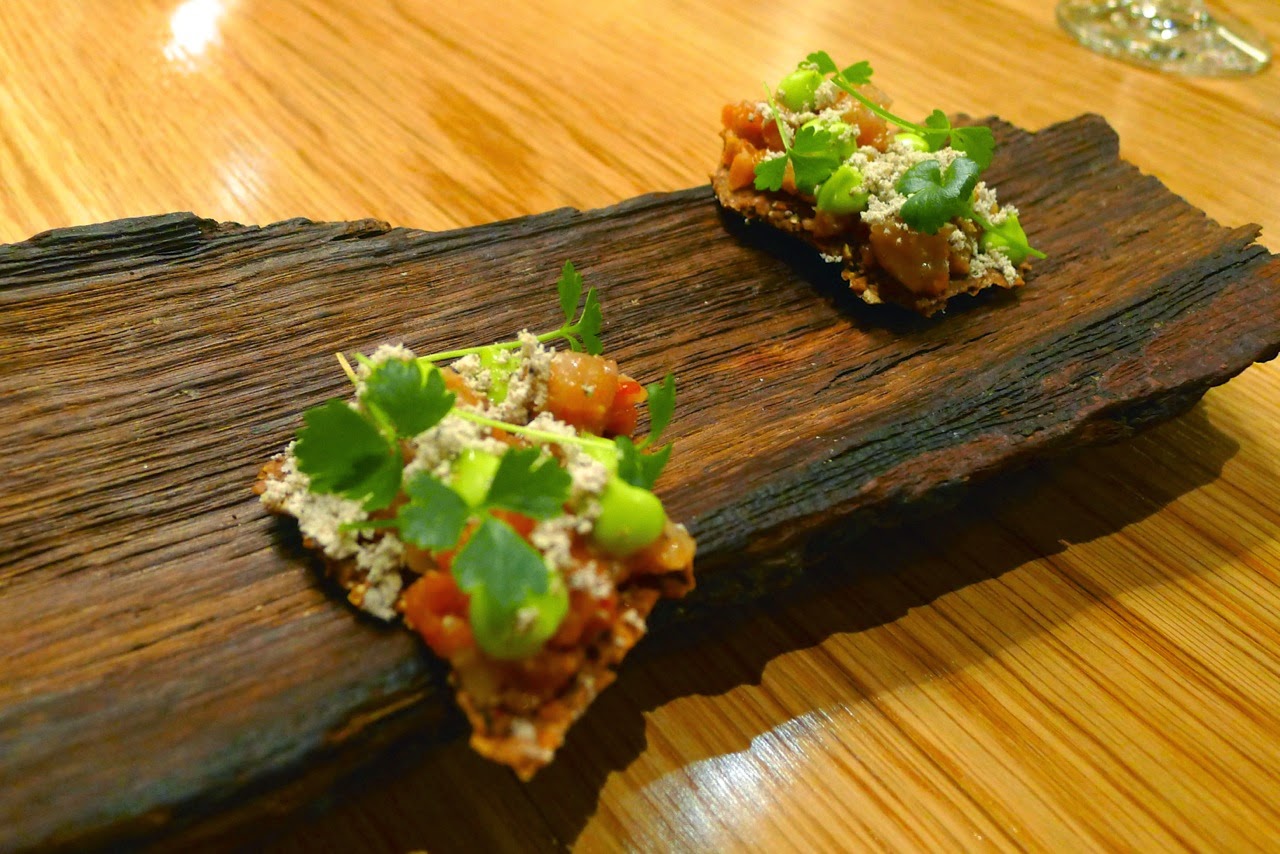 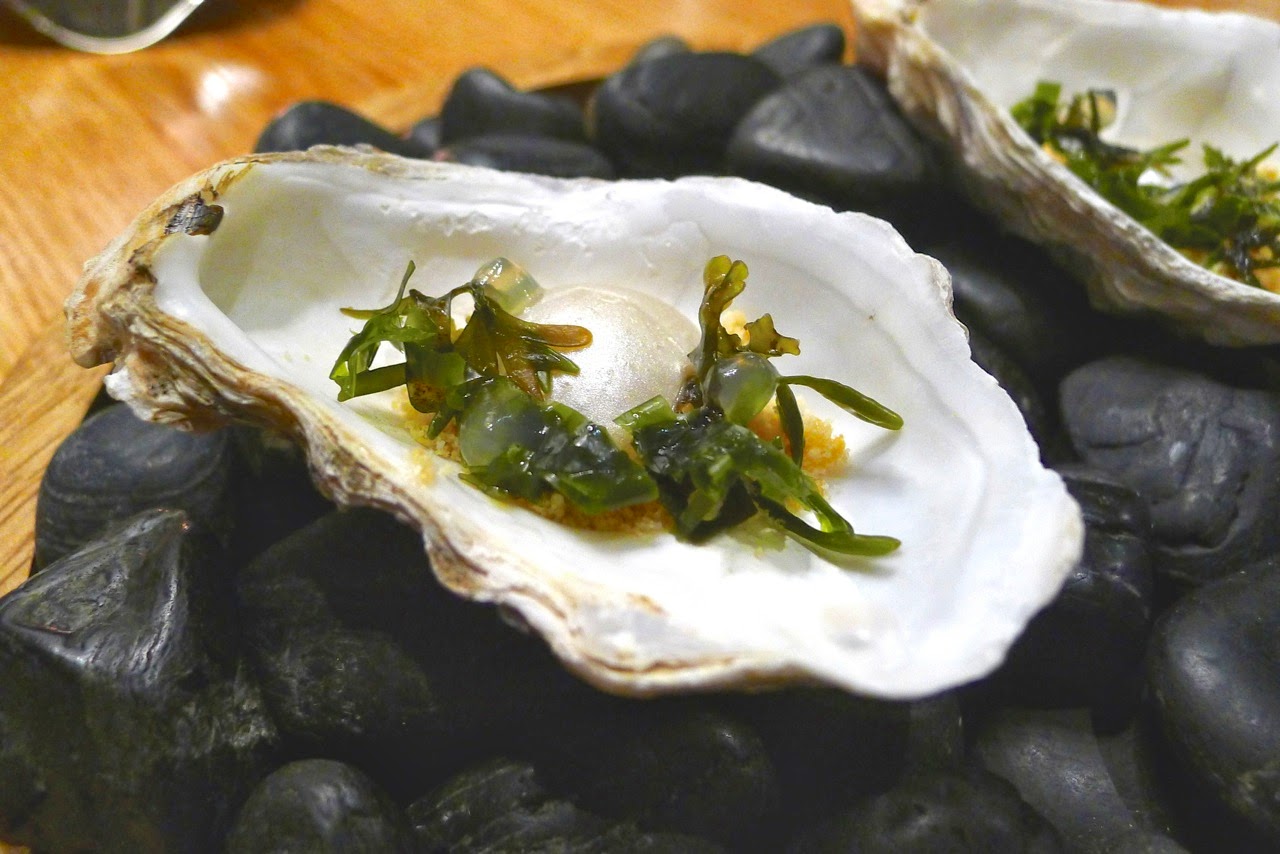 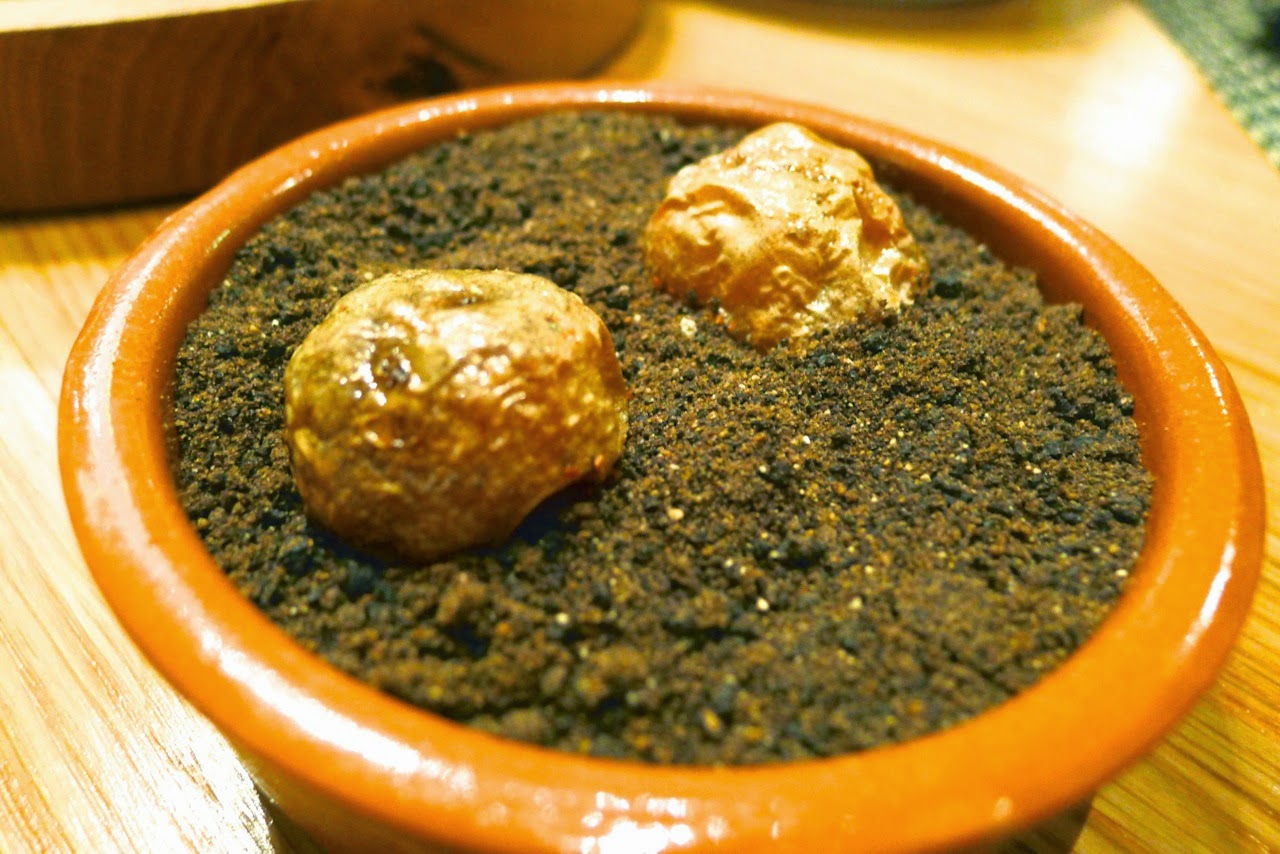 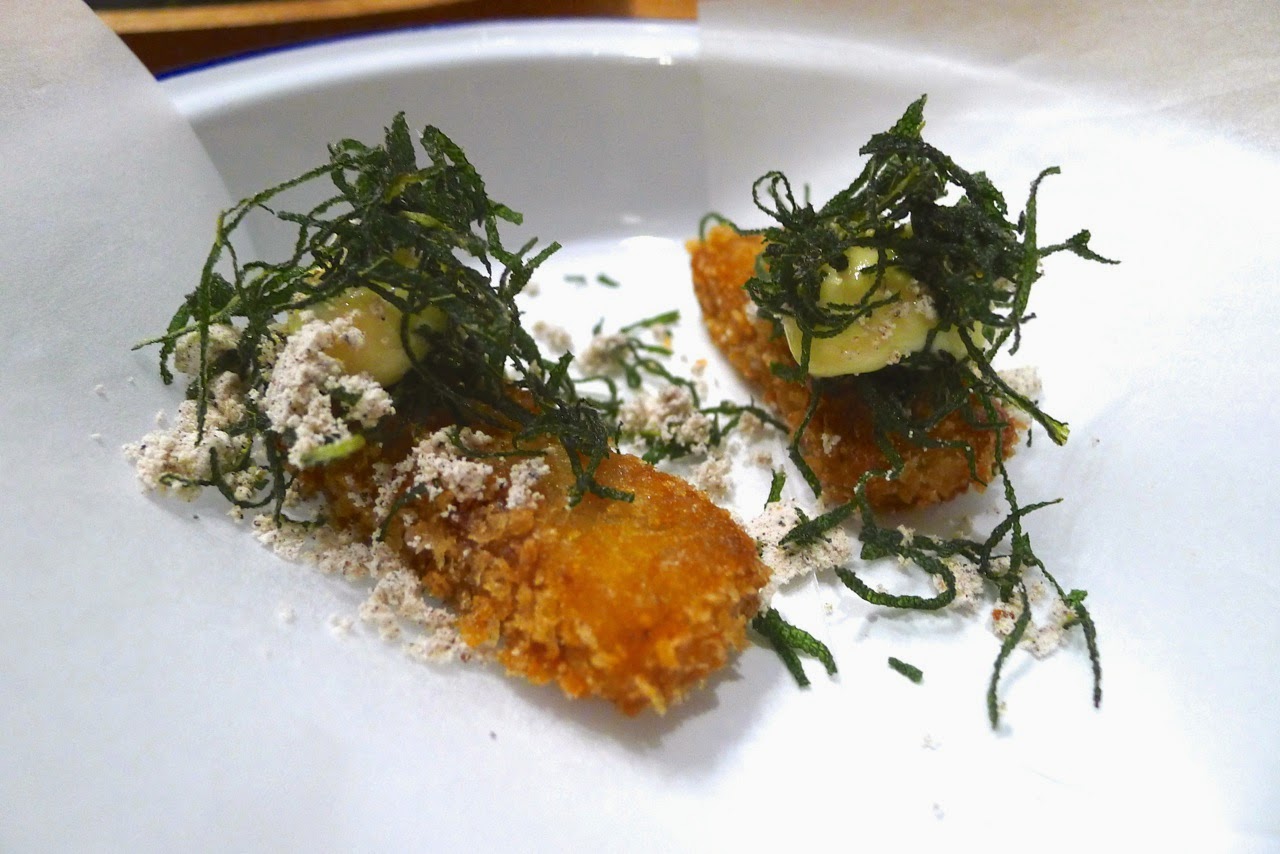 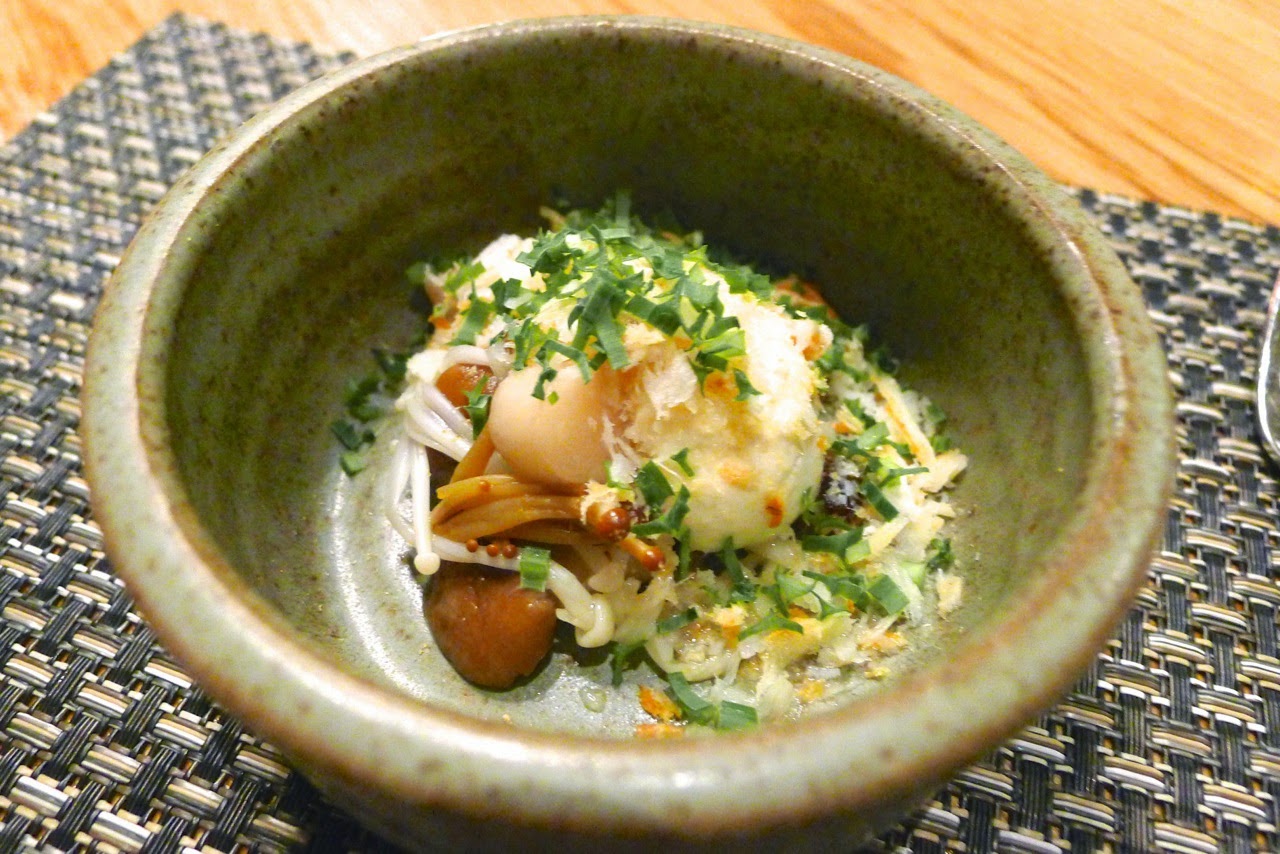 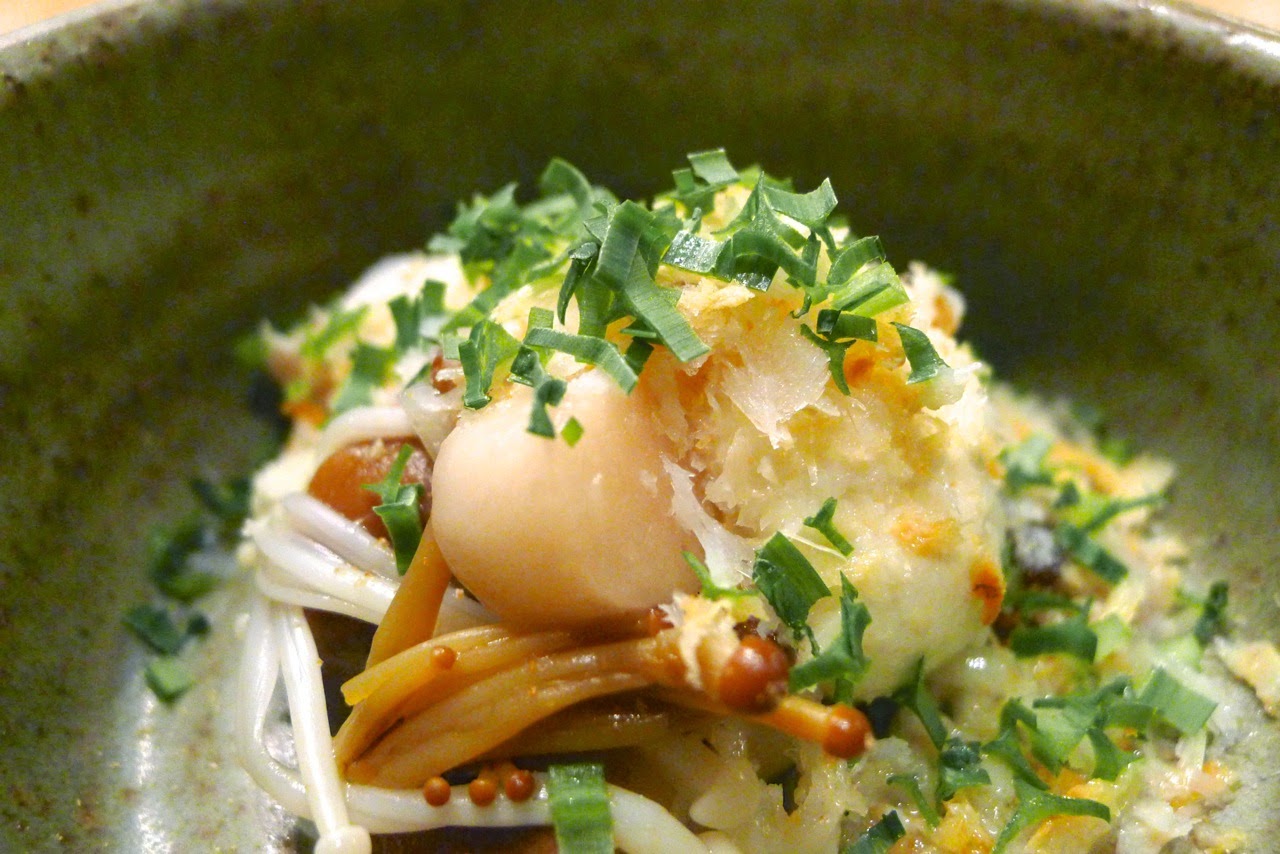 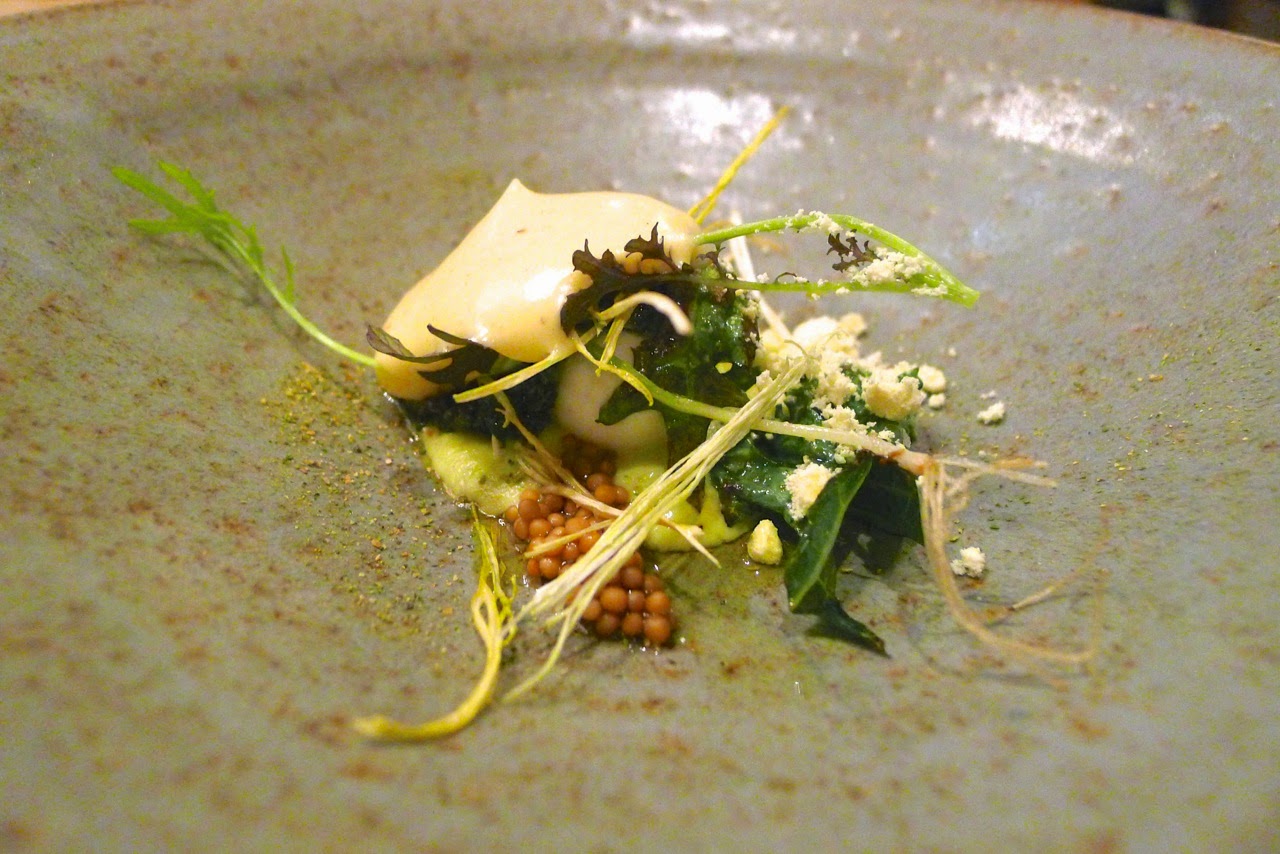 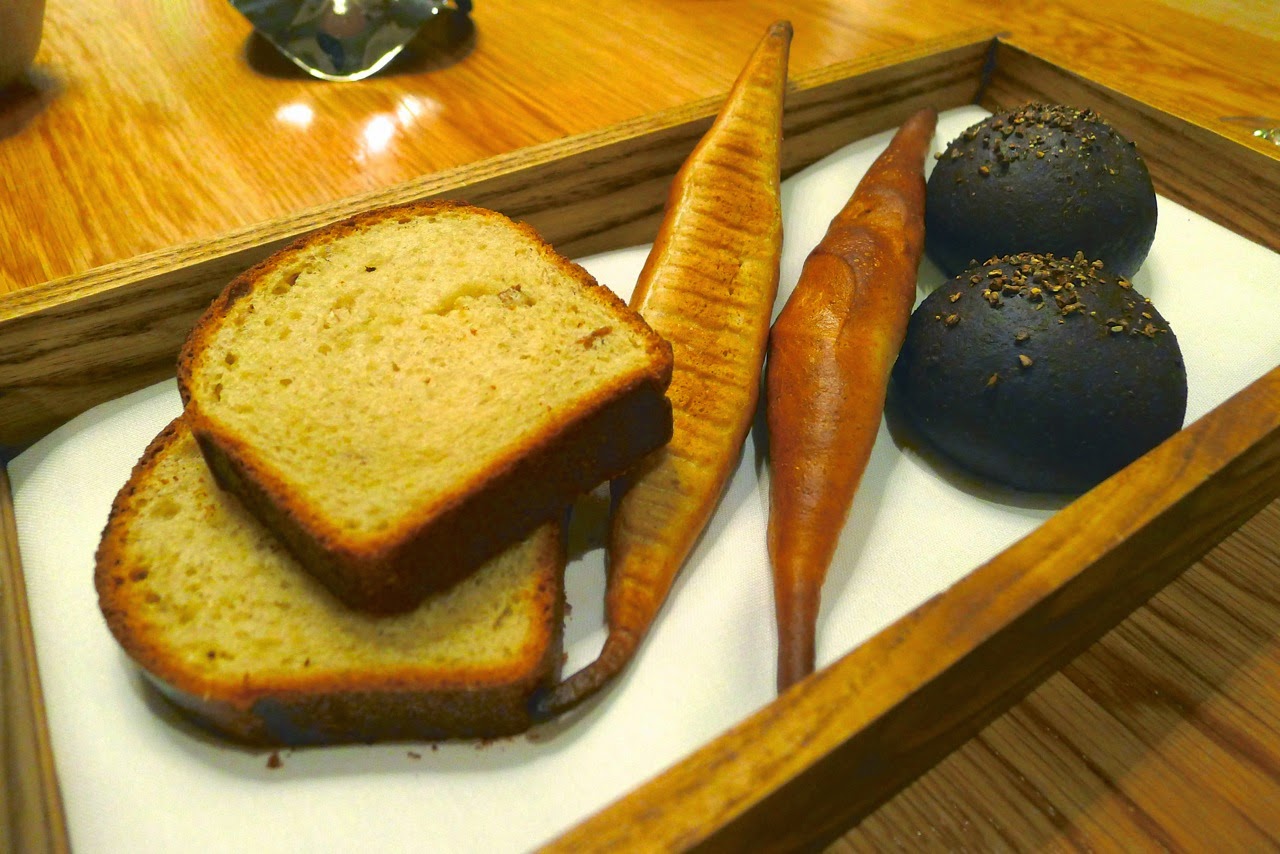 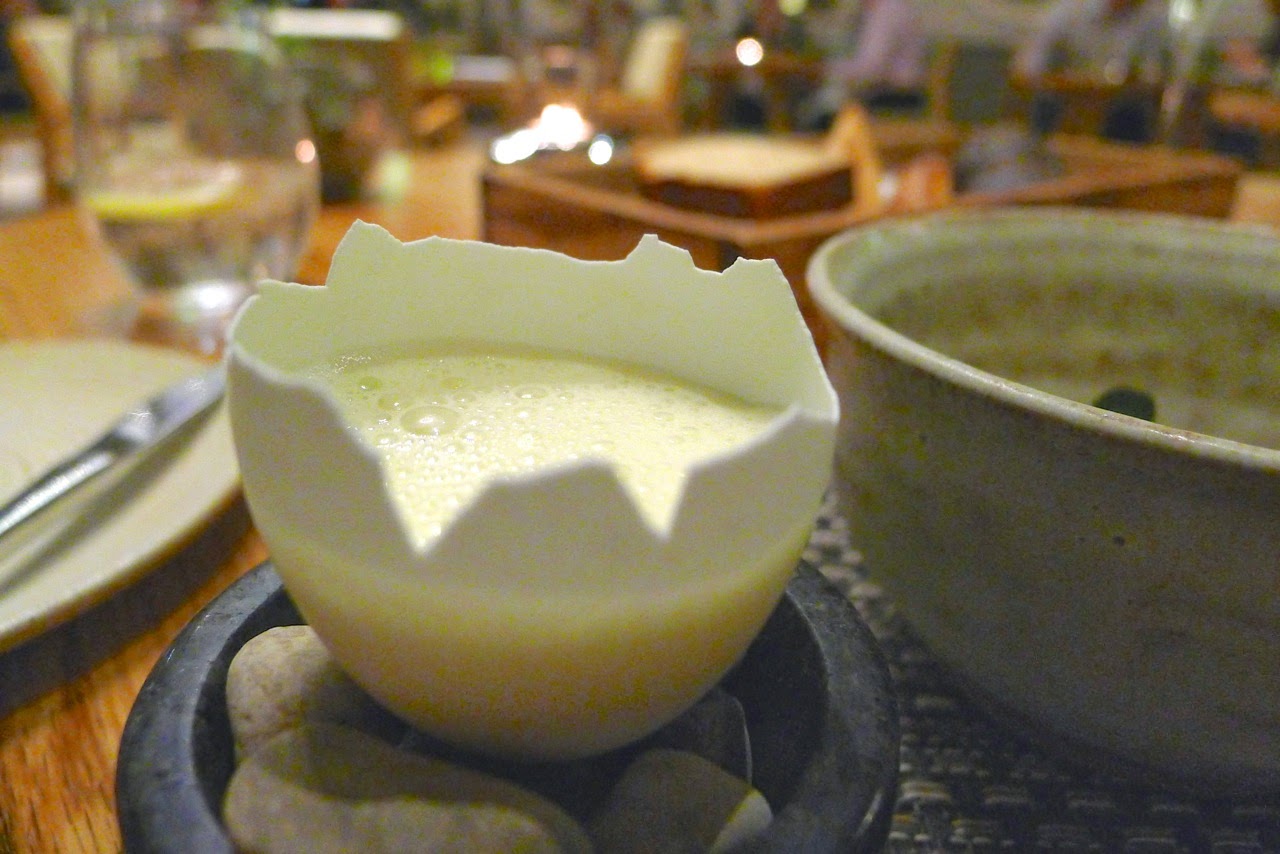 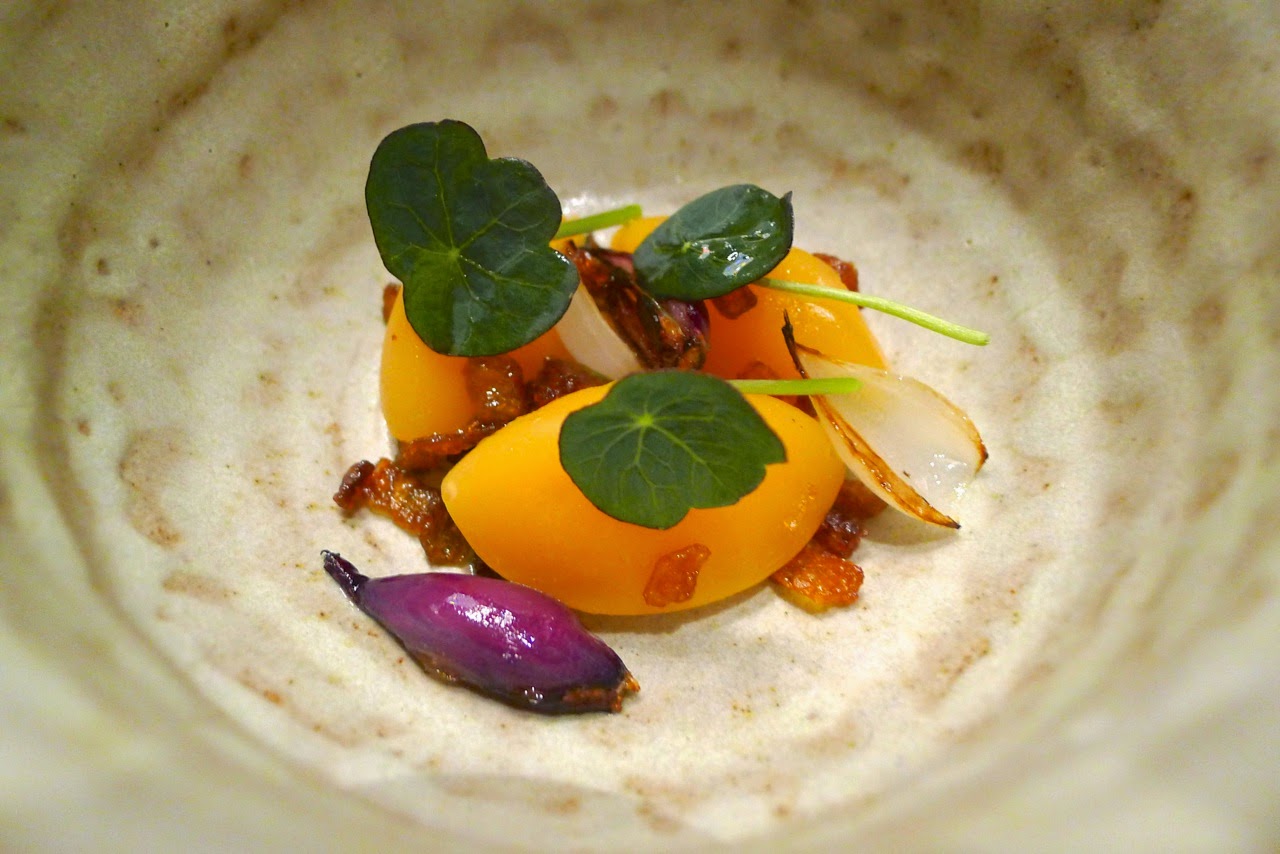 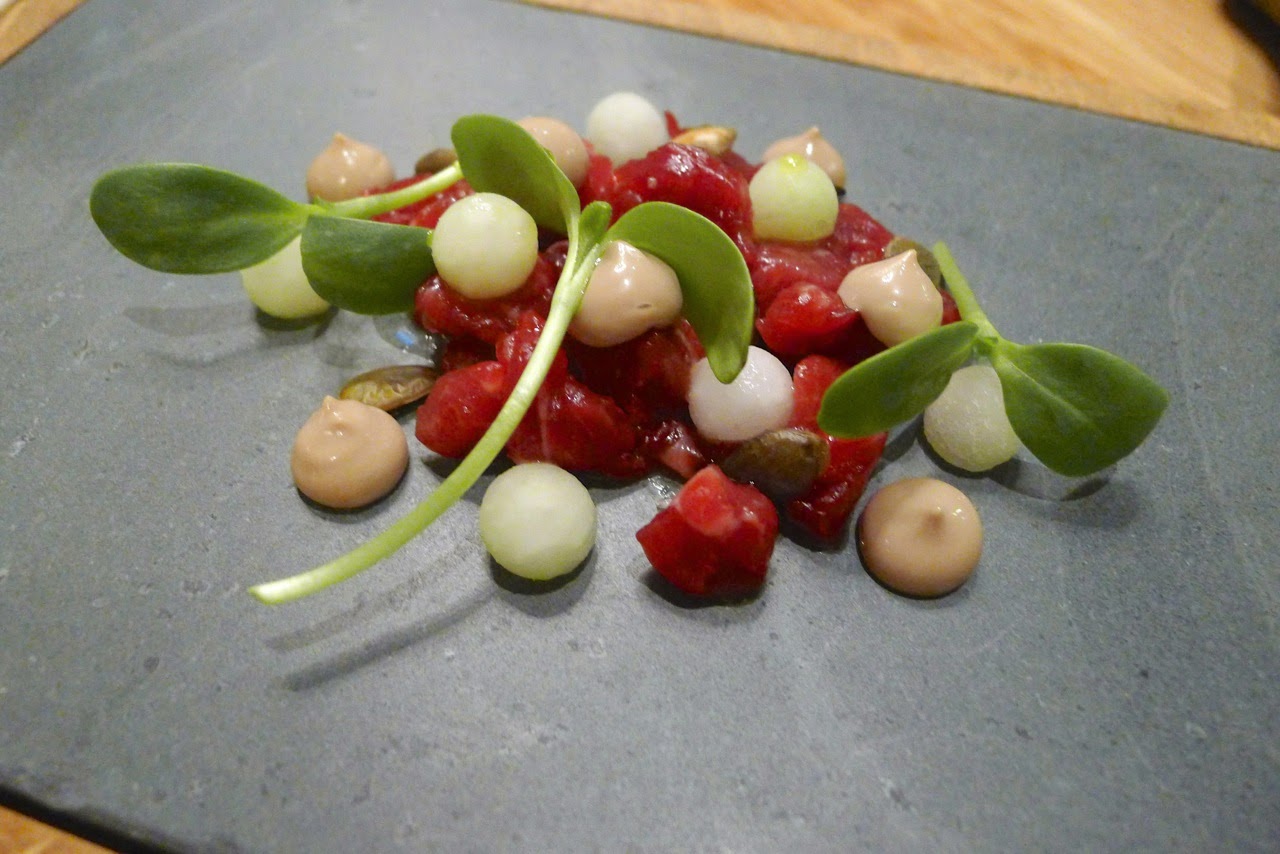 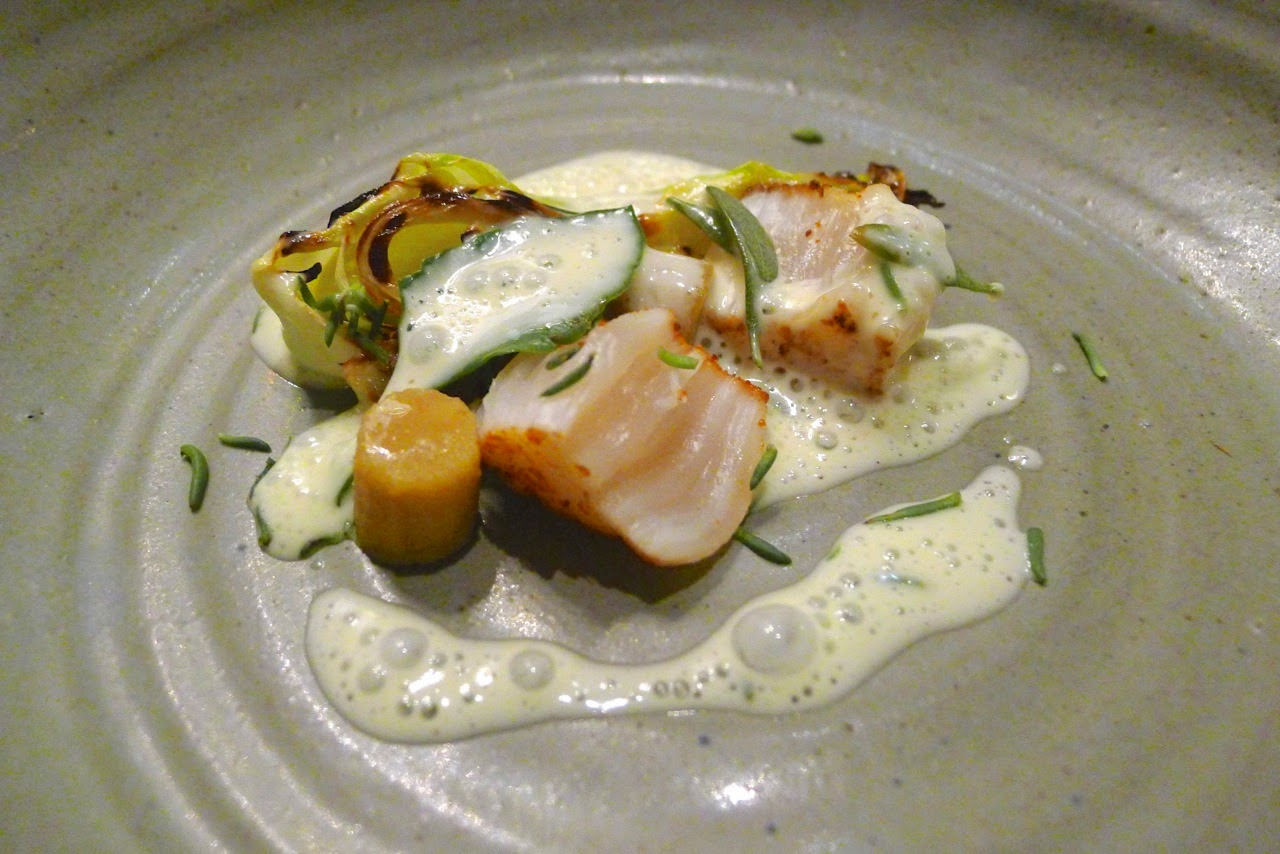 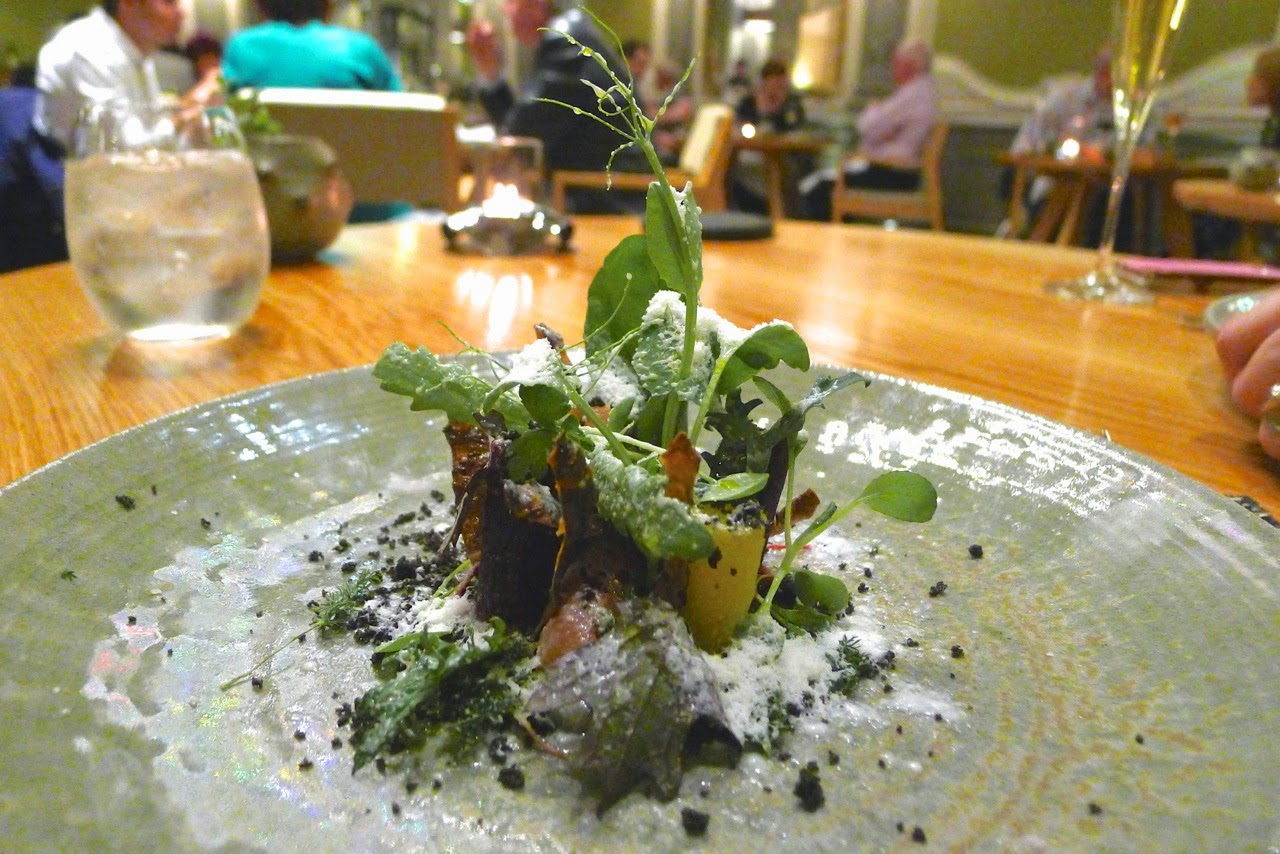 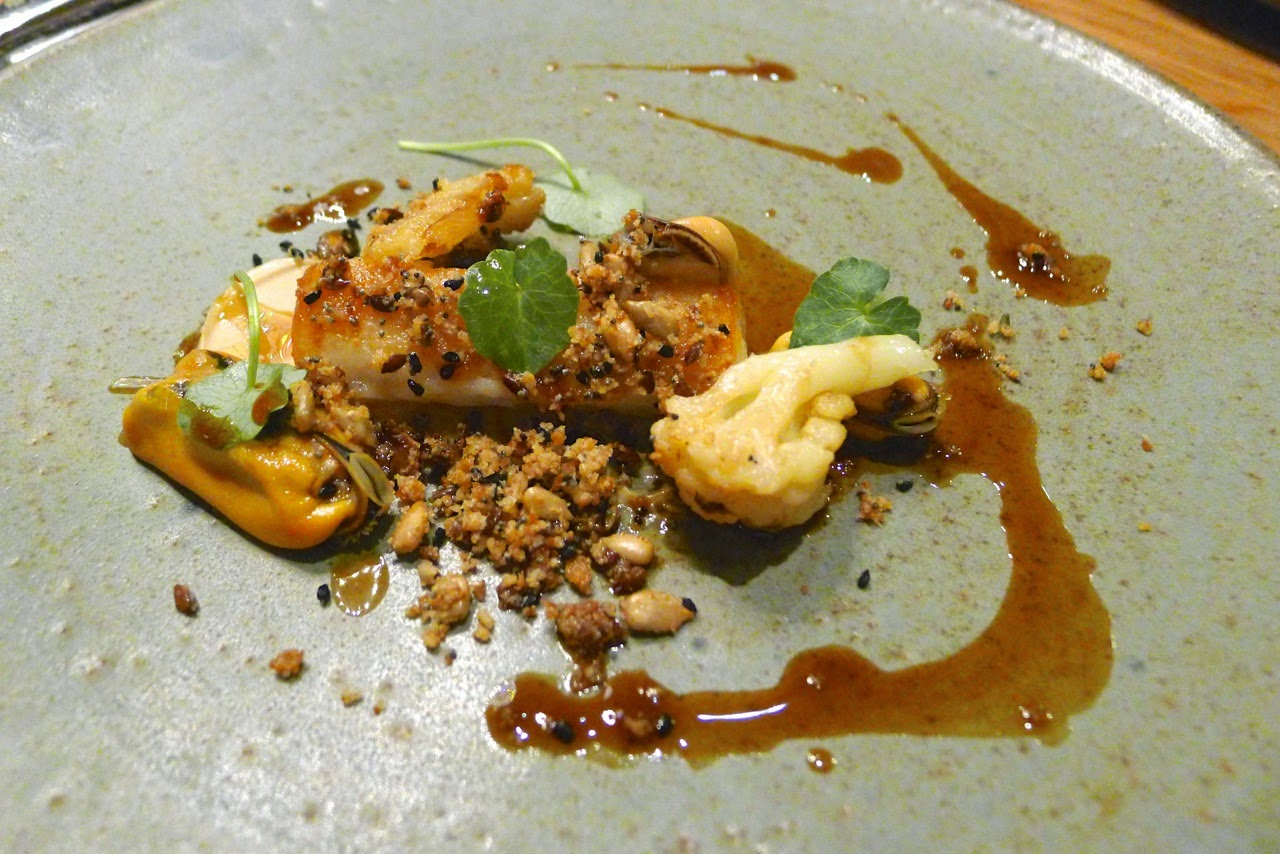 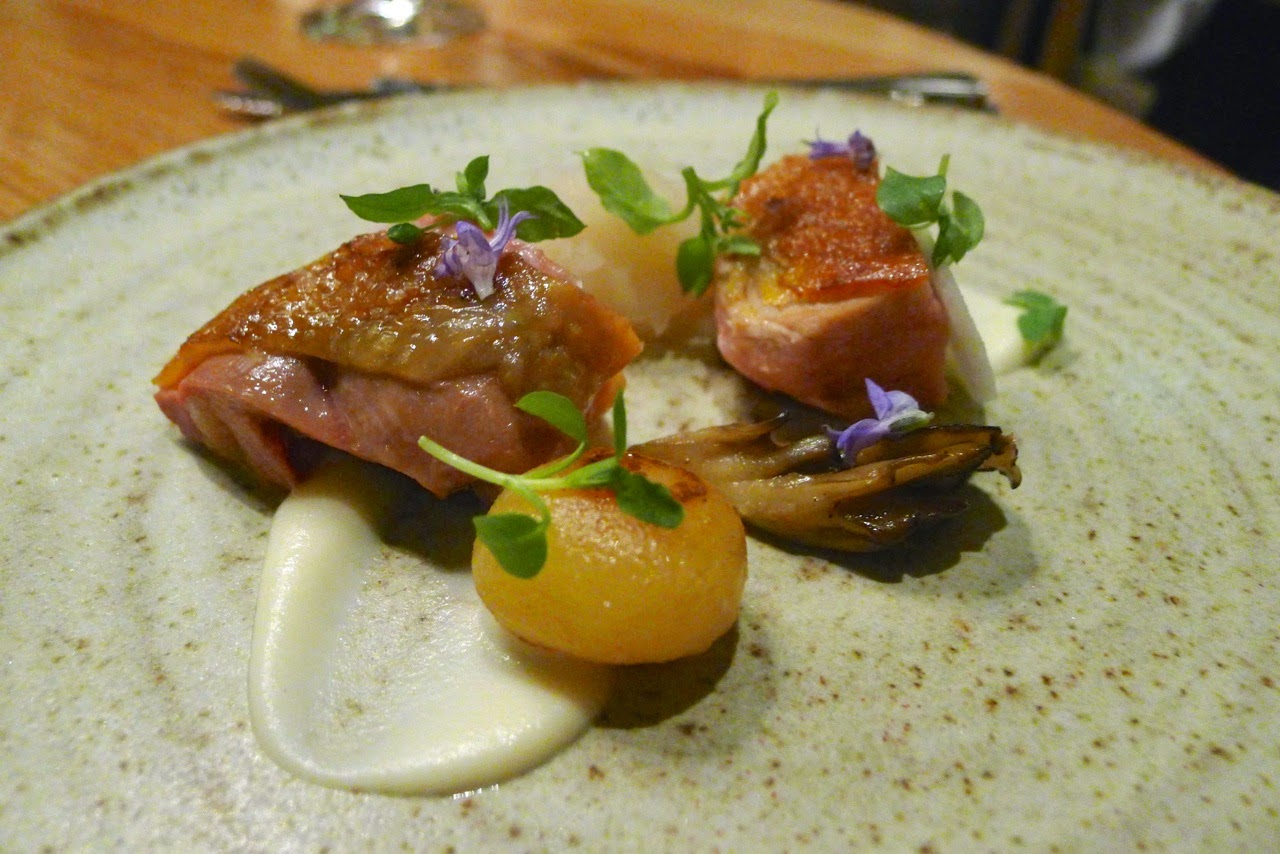 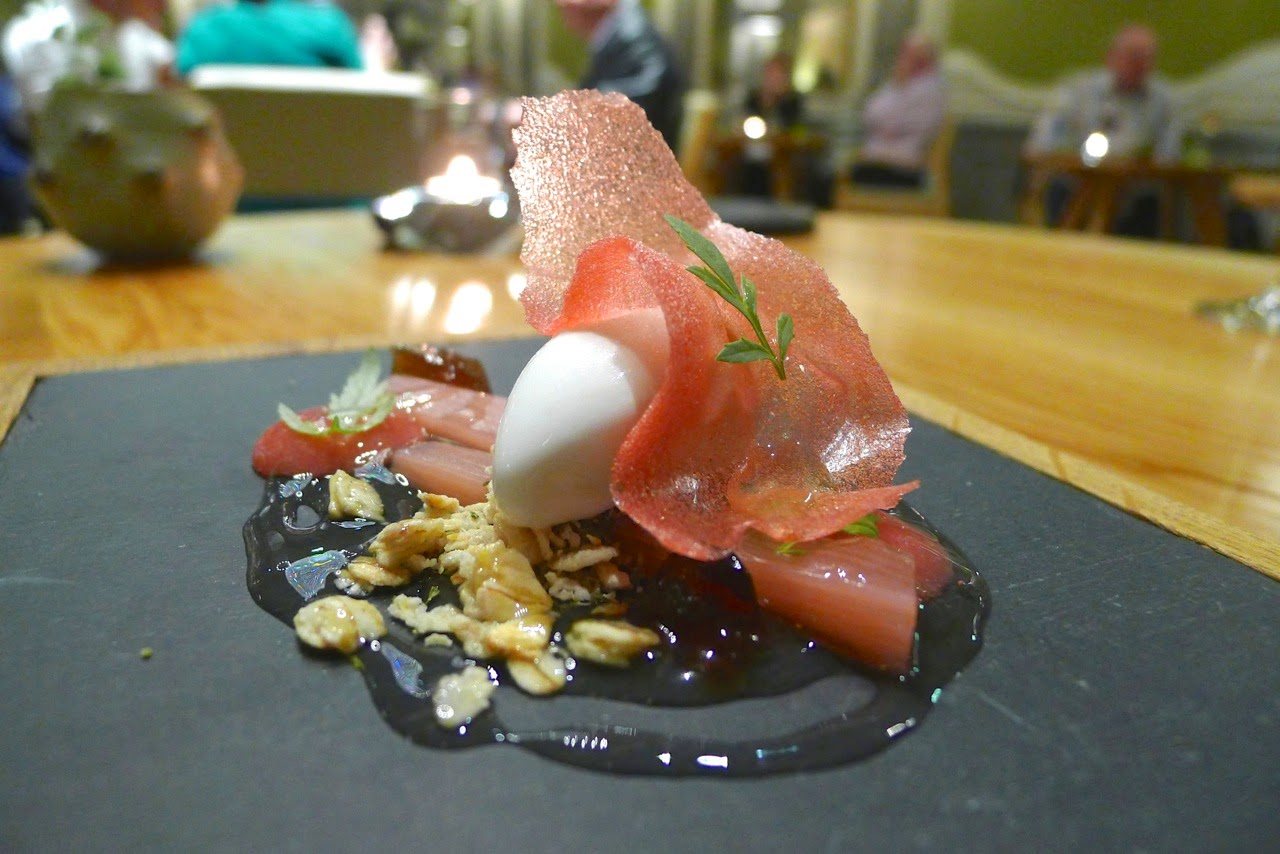 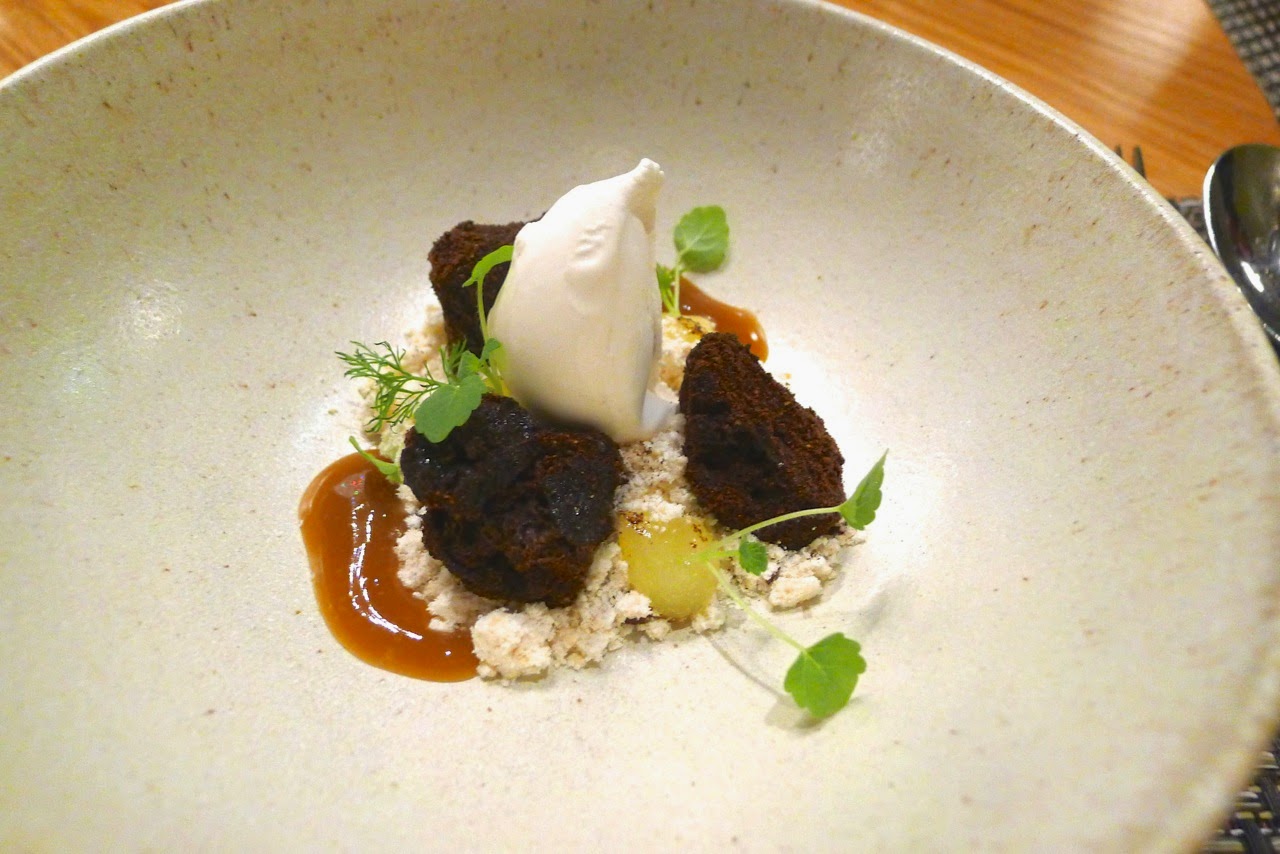 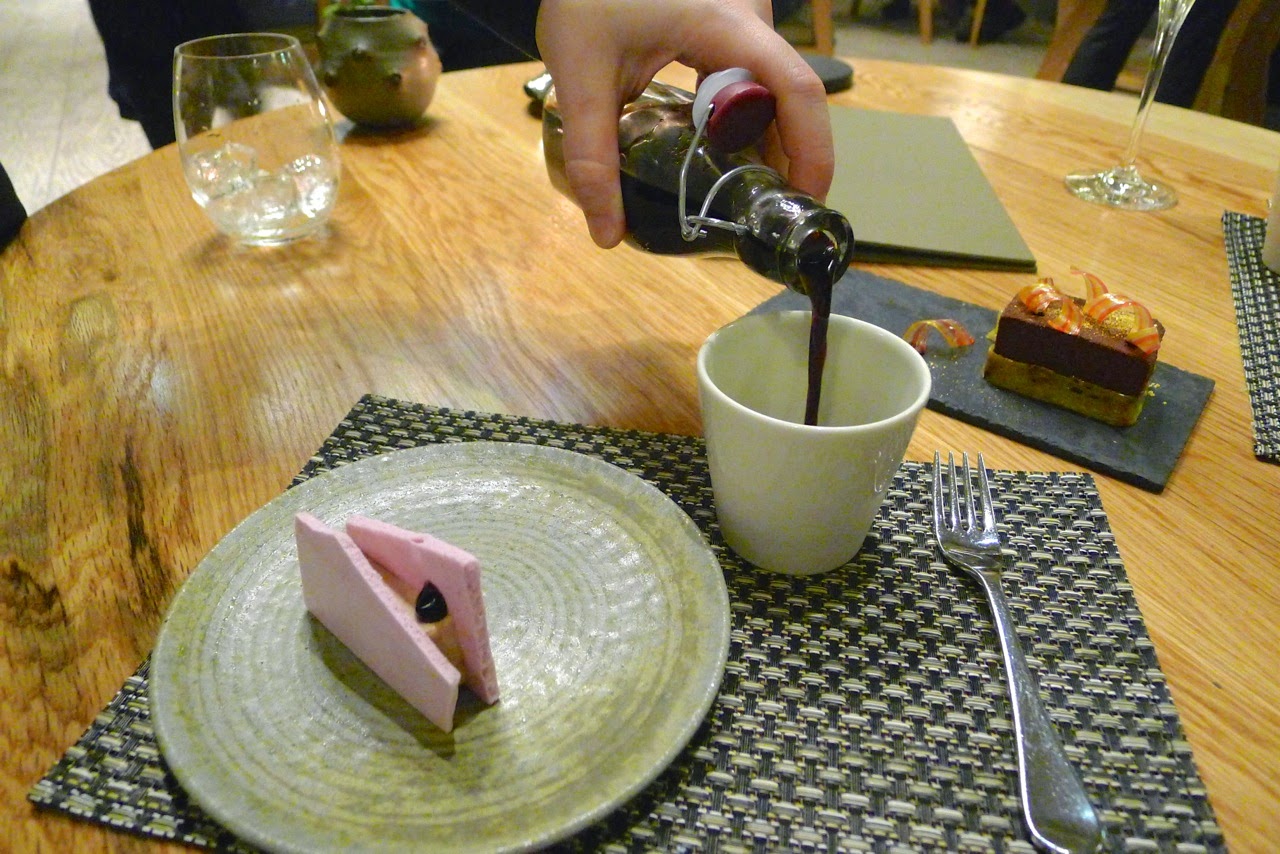 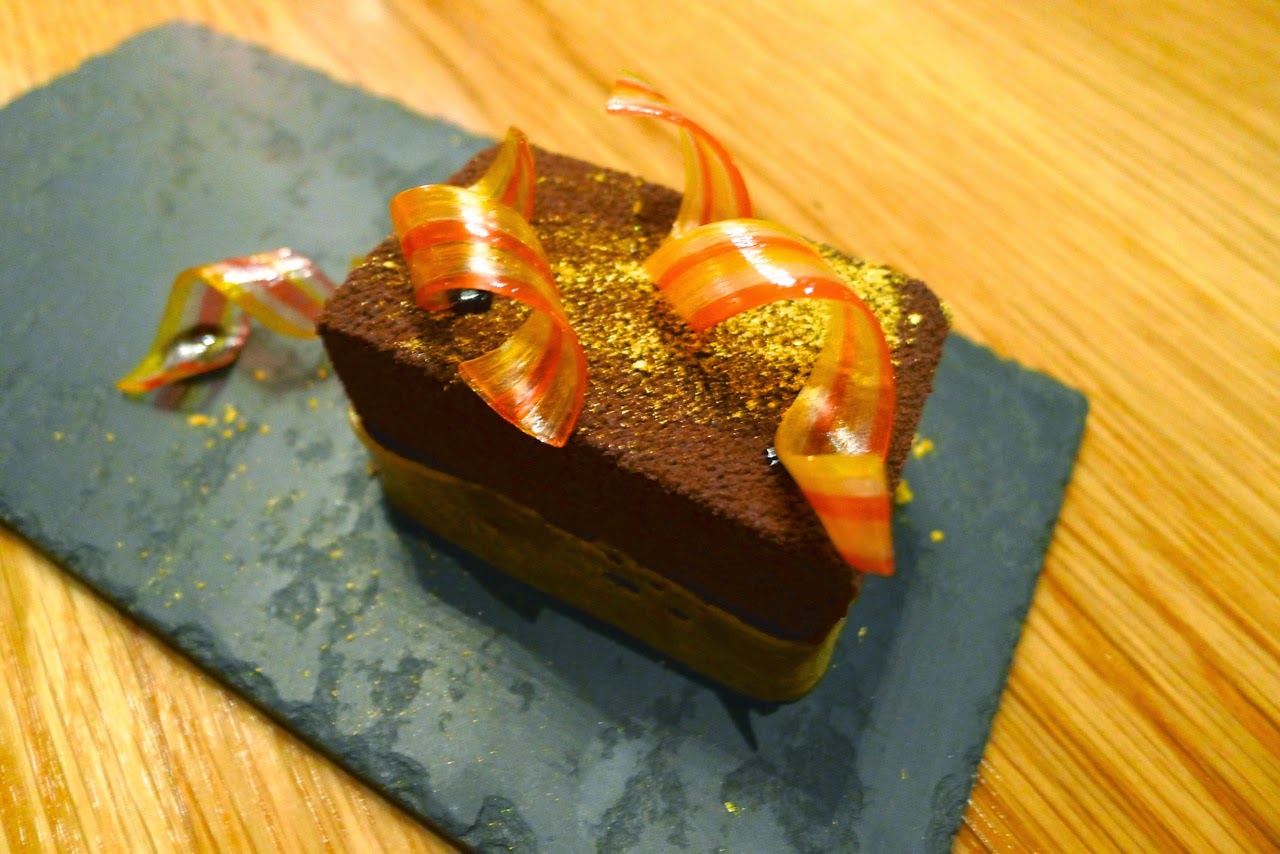 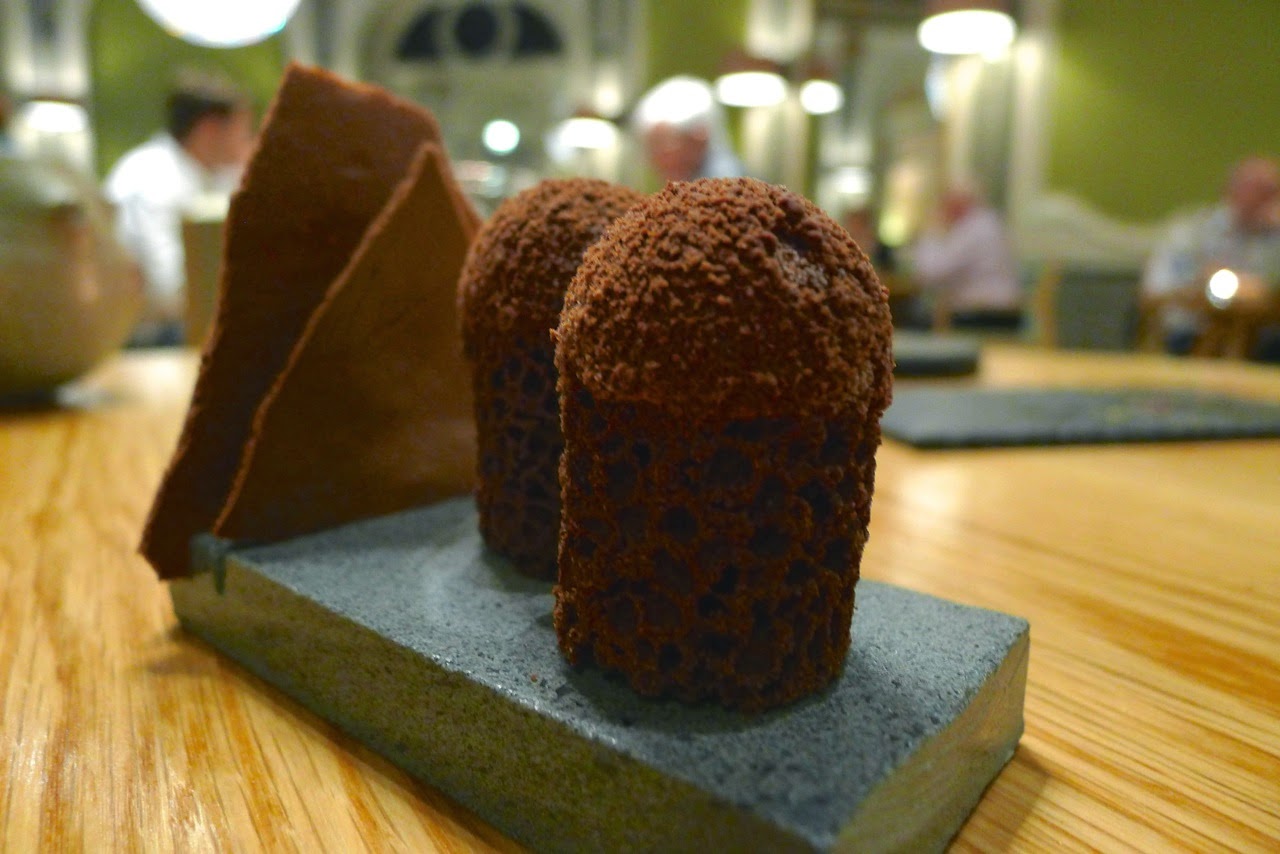