Having piled on the pounds over a long lazy summer, I decided a return to work for the new school year would also see a new leaner, meaner me. With a food based trip to London lined up for October, and an urgent need to fit into my work shirts, I decided September would be the ideal month to shed as many pounds as possible. 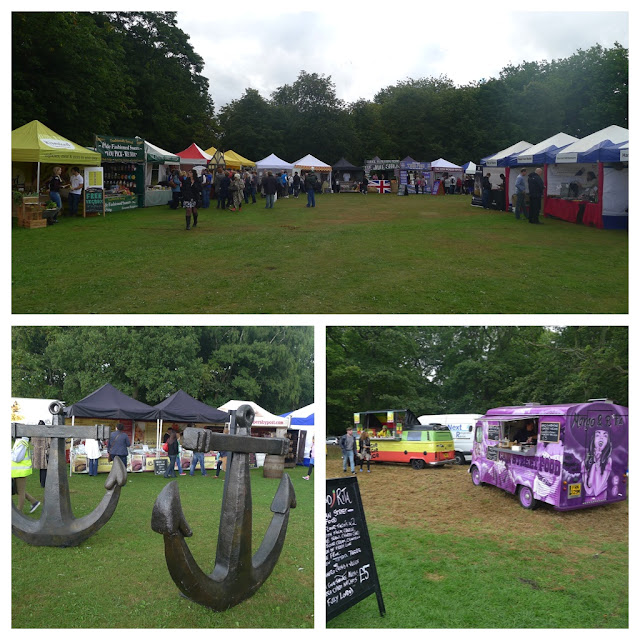 I knew I had reservations at two new restaurants in Aiden Byrne’s ‘Manchester House’ and Simon Rogan’s ‘Mr Cooper’s House & Garden’ but thought that these ‘nights off’ should not do too much dietary damage… what I forgot to take account of was that September is also the month of the Liverpool Food & Drink Festival in Sefton Park… doh! 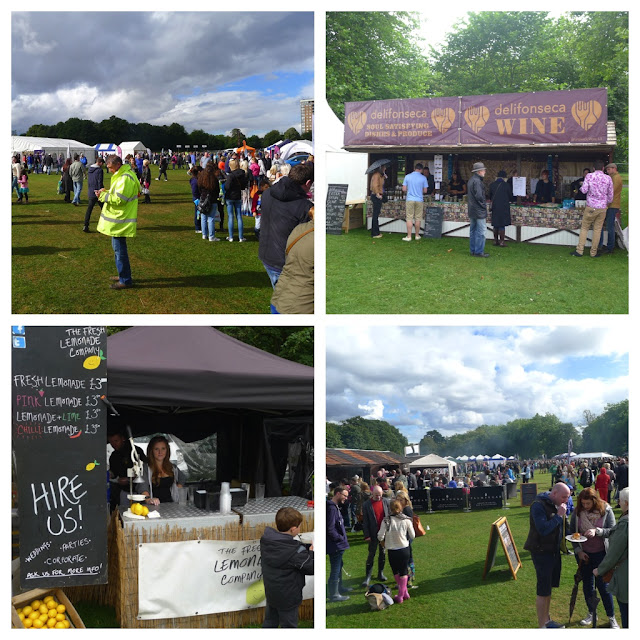 I thought about giving it a miss – a thought that lasted about 2 seconds… only one thing for it, I’d go but view it as a serious test of will power! (I just about managed it, having still lost 2lbs over the weekend.) 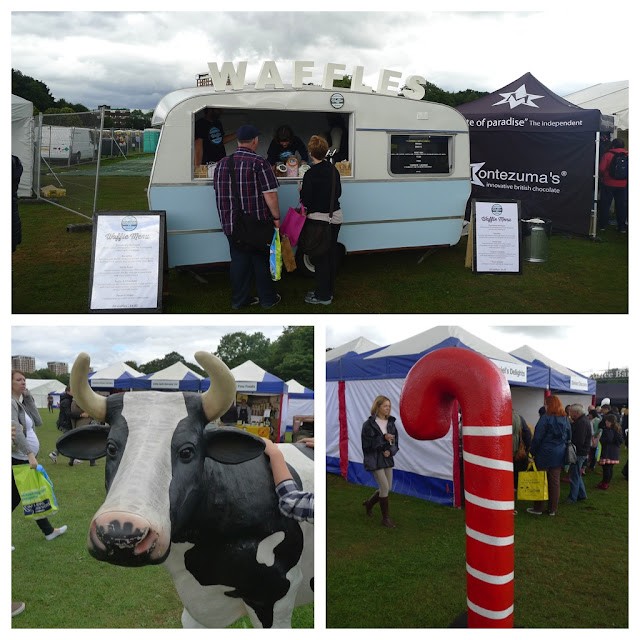 Last year, I pretty much ate everything in sight… this year I’d have to be selective. This meant the ‘Heavenly Chocolate Garden’ with food from the likes of ‘The Chocolate Cellar’ ‘Churros Susana’ and ‘The Bournville Waffle Company’, in their funky caravan, would be a definite, ‘No, no!’ 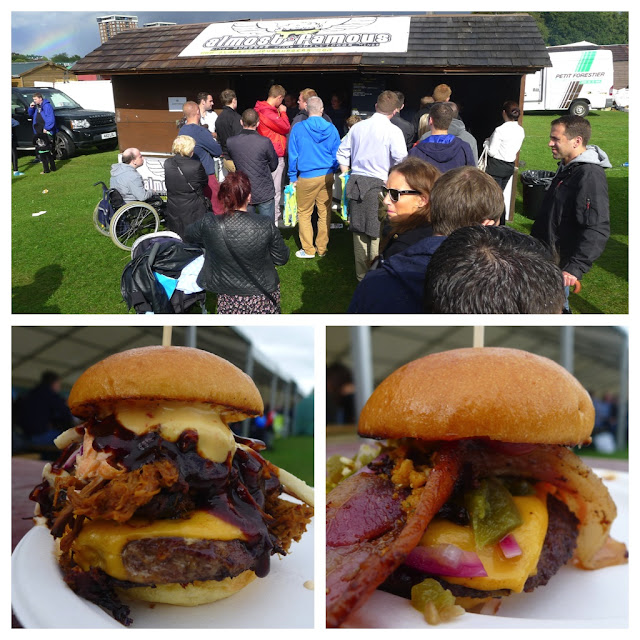 Likewise, the lengthy delights of the fully loaded ‘Piggy Smalls Hotdogs’ by @WEARECASTRO would have to be given a wide berth. My plan was to avoid burgers altogether but I noticed that Almost Famous were doing slider versions of their usual big bad boys… with names like ‘Mini Famous’ ‘Baby Nom’ and ‘Little Kids in America’ – surely tiny burgers would be fine? 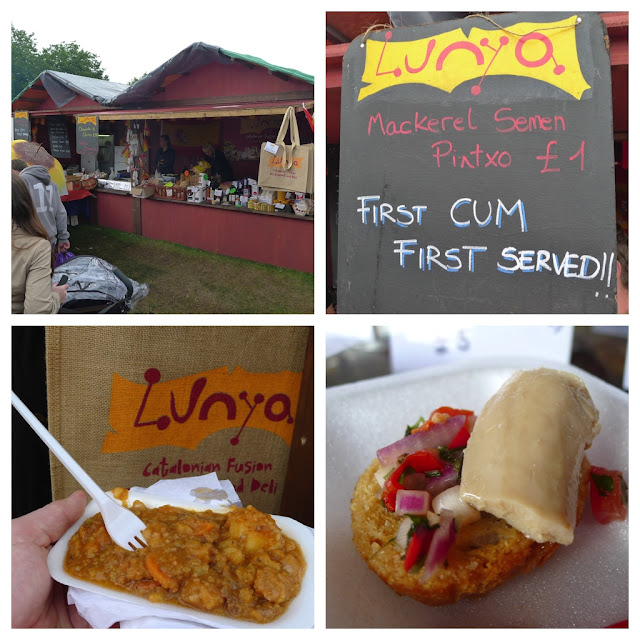 I couldn’t have gone to the Liverpool Food Fest and not had Lunya’s Catalan Scouse and how could I have resisted something appealing as their Mackerel Semen Pintxo? 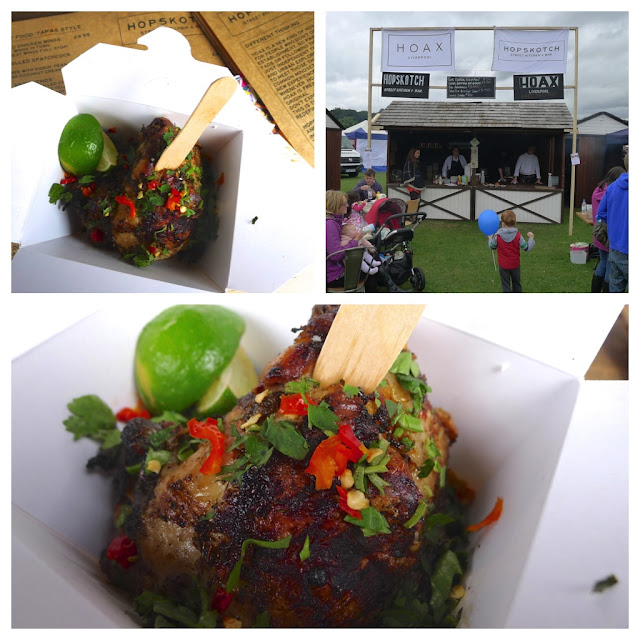 From there, I noticed that the new Matthew Street based ‘Hopskotch Street Kitchen’ were selling Jerk Chicken – I love jerked foods and chicken, especially when barbecued, is a lean meat… surely I could get away with a portion of this? Plus you could get it topped with chopped scotch bonnet and chillies are a known appetite suppressant… double win! 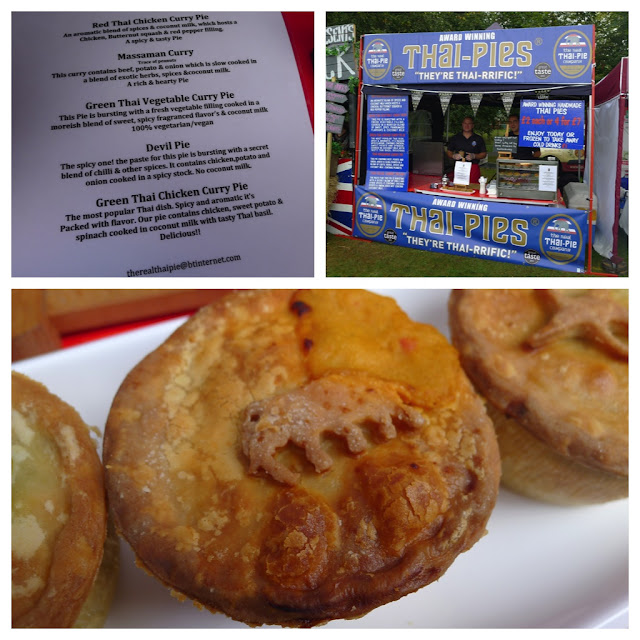 Thinking I was on to something by suppressing my appetite with chillies, earlier in the day I had spotted the ‘Devil Pie’ from The Real Thai Pie Co. (@therealthaipie) – this didn’t work… the pies were so good, I later went back for their ‘Red Thai Chicken Pie’. Who would have thunk that curry as a pie filling would work so well? Great pastry too! 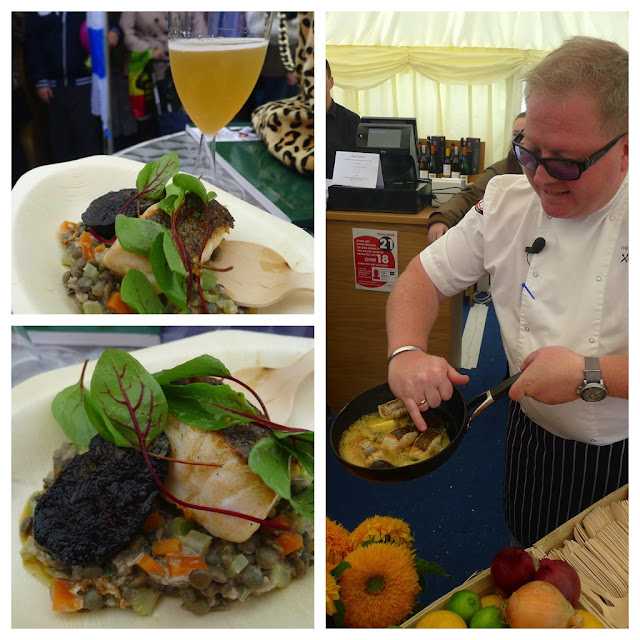 I clearly could not continue to eat all the pies so I looked for a healthier option… and what could be healthier than fish? Last year, chef Paul Askew brought his London Carriage Works’ to the festival as the ‘Pop Up in the Park’, this year, he had teamed up with The City of Liverpool College, Boutinot Wines and Ward’s Fish to host ‘Chef Askew’s Seafood Emporium’ - there I had a delicious Fillet of Peterhead Hake with Morcilla & Lentils paired with Ferran Adrià’s Inedit Estrella. 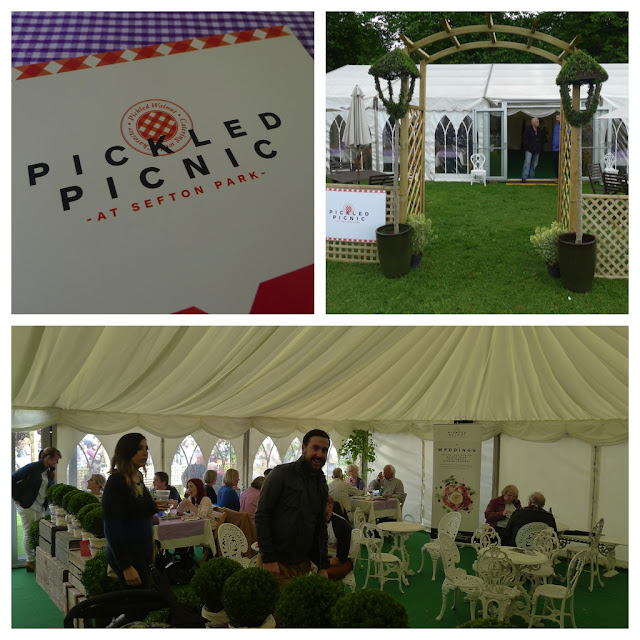 This year, the Festival’s main ‘pop up’ was operated by one of the region’s top event caterers, Pickled Walnut. Having tasted their ‘Picnic’ inspired menu and chatted to director and chef Jamie Anderson, I have no qualms about recommending Pickled Walnut for whatever event you may be planning – check ‘em out, bookmark them or follow on Twitter @PickledWalnut if you have a wedding, cooperate event, dinner, garden party or alike to arrange! 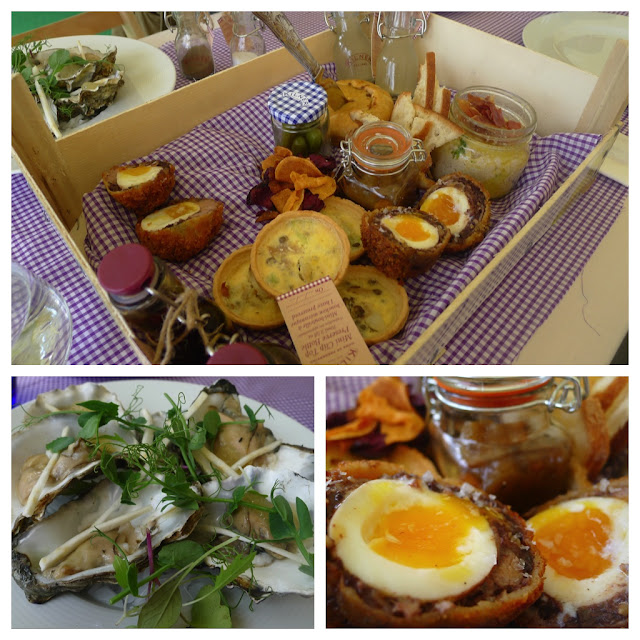 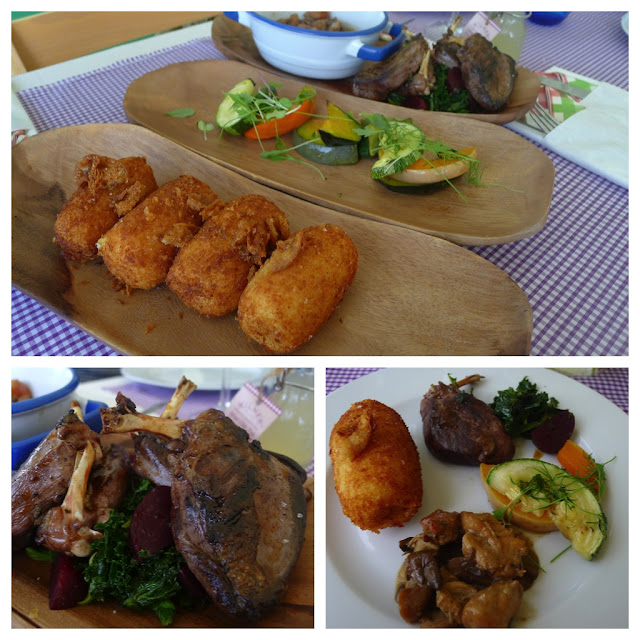 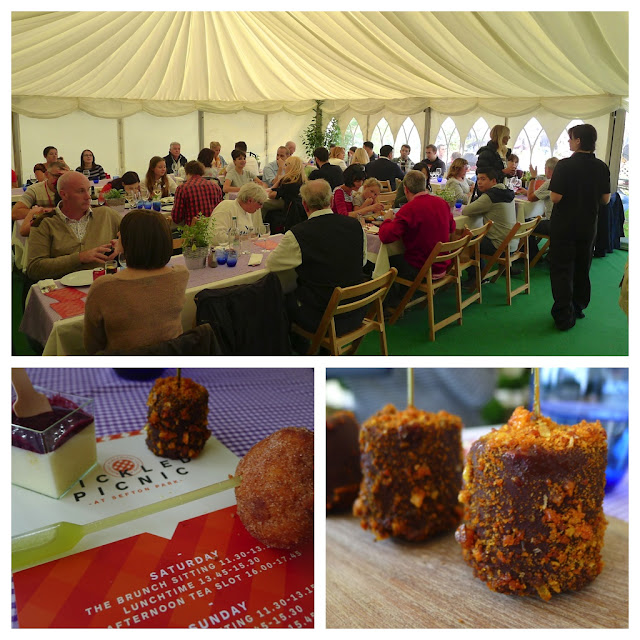 Pickled Walnut's ‘Walk in the Park’ dessert starred a Yoghurt Pannacotta with Blackberries; Cinnamon Doughnuts with an Apple & Elderflower Jelly and the fabulous ‘Golden Gay Time’ (a vanilla ice cream lolly, dipped in dark chocolate with honeycomb and gold leaf). 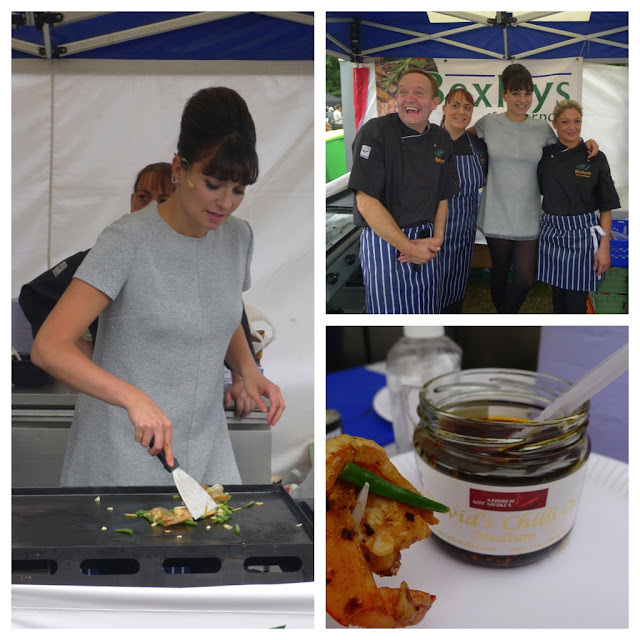 Having already eaten more than I planned, I thought it was time I stopped exploring the stalls and got a little celebrity chef action. First up, Gizzi Erskine at the Bexley Butchers stand – fresh off the train from London, Gizzi was charged with the task of buzzing around the festival to gather ingredients for an impromptu dish. With some plump fresh prawns, veggies, cashews and spices she soon rustled up a fiery Thai inspired dish with the aid of David’s Chilli Oil and a lemon kindly donated by Cheshire’s Fresh Lemonade Co. 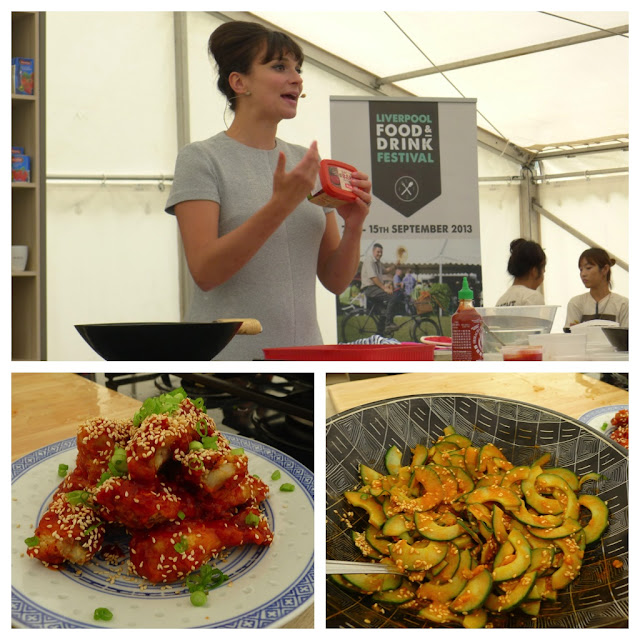 Later, in the main tent, Gizzi was back on stage making Korean Fried Chicken with a cucumber ‘Oi muchim’ salad – a variation on the recipe can be found in her “Cook Yourself Thin” book and website (here). Impressed by the size and atmosphere of the festival, Gizzi promised to return with one of her celebrated “pop-up” restaurants. We will hold her to that! 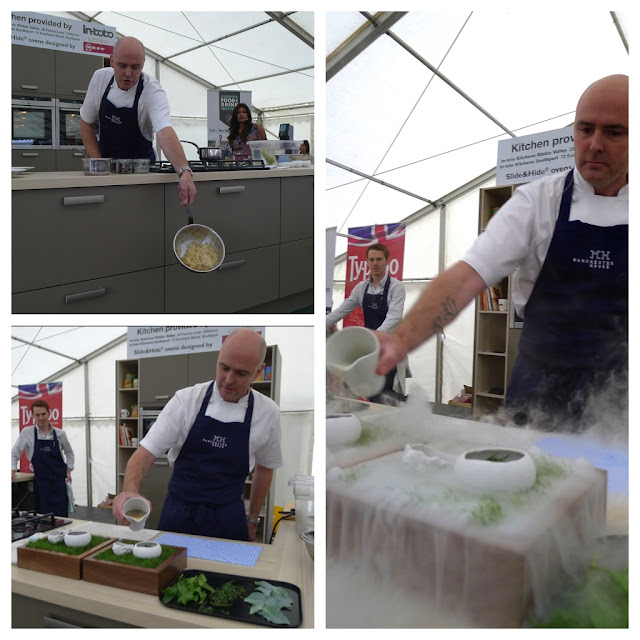 Local boy, Aiden Byrne, who proudly represented the region as a winning chef in this year’s Great British Menu, was the final chef to take to the demonstration stage. Set to launch Living Ventures’ flagship Manchester House restaurant, Aiden wowed the crowd with sneak preview of the menu including his, Turbot cooked in fermented cabbage with morteaux sausage.

I’ll end this post with the same words I used 12 moths ago, “I’m already looking forward to next year!” Only next year, I plan not to be on a diet!
Tweet