Having driven my wife to Crewe for a meeting, I was also charged with the task of finding “somewhere nice for lunch” – a quick flick through the ‘Michelin Eating Out in Pubs 2015’ revealed that we were spoilt for choice.

Close by were a number of places we have visited and enjoyed in the past – Yew Tree at Bunbury, Fox & Barrel, Swettenham Arms, Pheasant Inn and Bells of Peover – but in the end I plumped for somewhere new.

We settled on The Cholmondley Arms - being a schoolteacher, I also hoped that visiting a pub housed in a former school would mentally get me ready for a return to work… 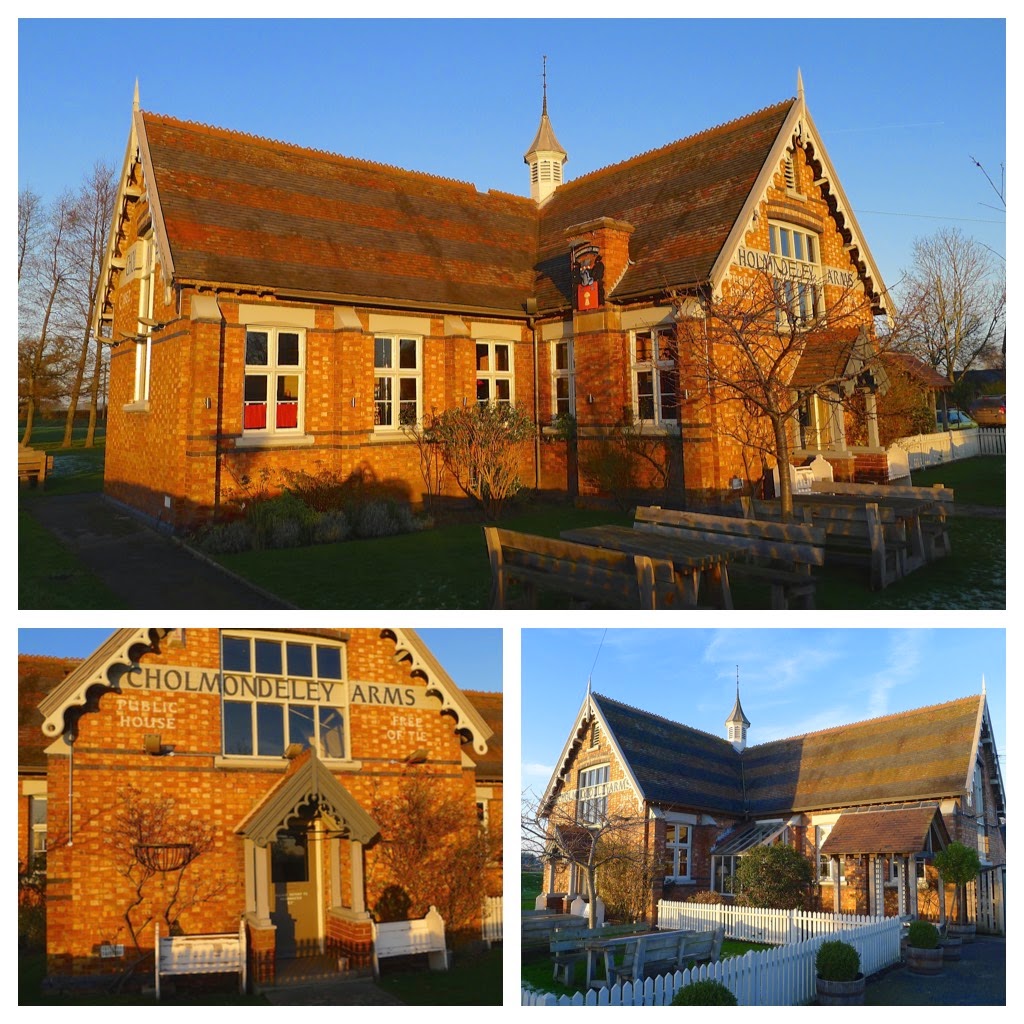 What they say: ‘Set in beautiful Cheshire countryside adjacent to Cholmondeley Castle, the Cholmondeley Arms is probably one of England’s most unique pubs. It sits inside a former Victorian village schoolhouse on Lord Cholmondeley’s estate. Dating back to 1862 the school was converted in 1988 and it was the first public house on the estate for over a century! 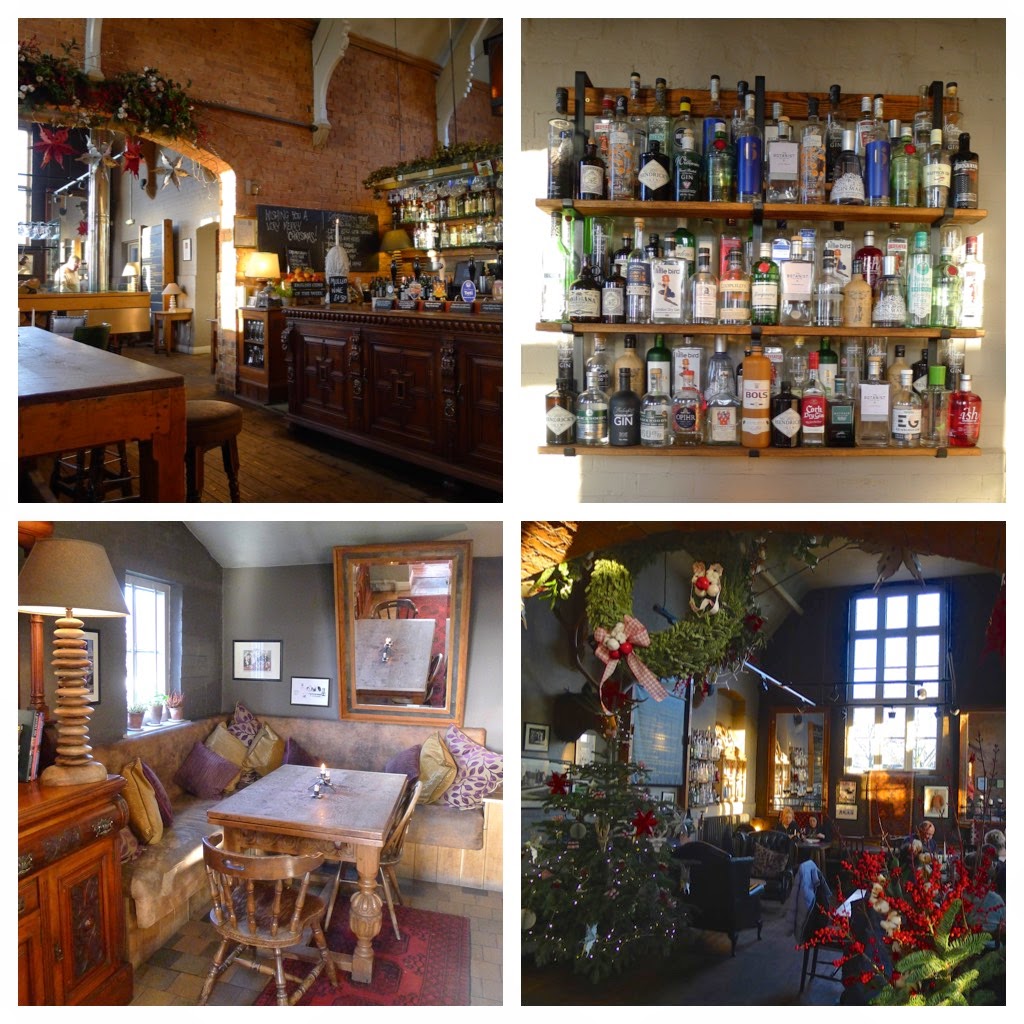 What Michelin say: ‘The eponymous estate's old schoolhouse, with high, vaulted ceilings, large windows and roaring fires. Modern pub favourites might include calves' liver or homemade lamb faggots. Gin lovers will be in clover with more than 200 from which to choose. The 6 comfy bedrooms are in the Old Headmaster's House.’ 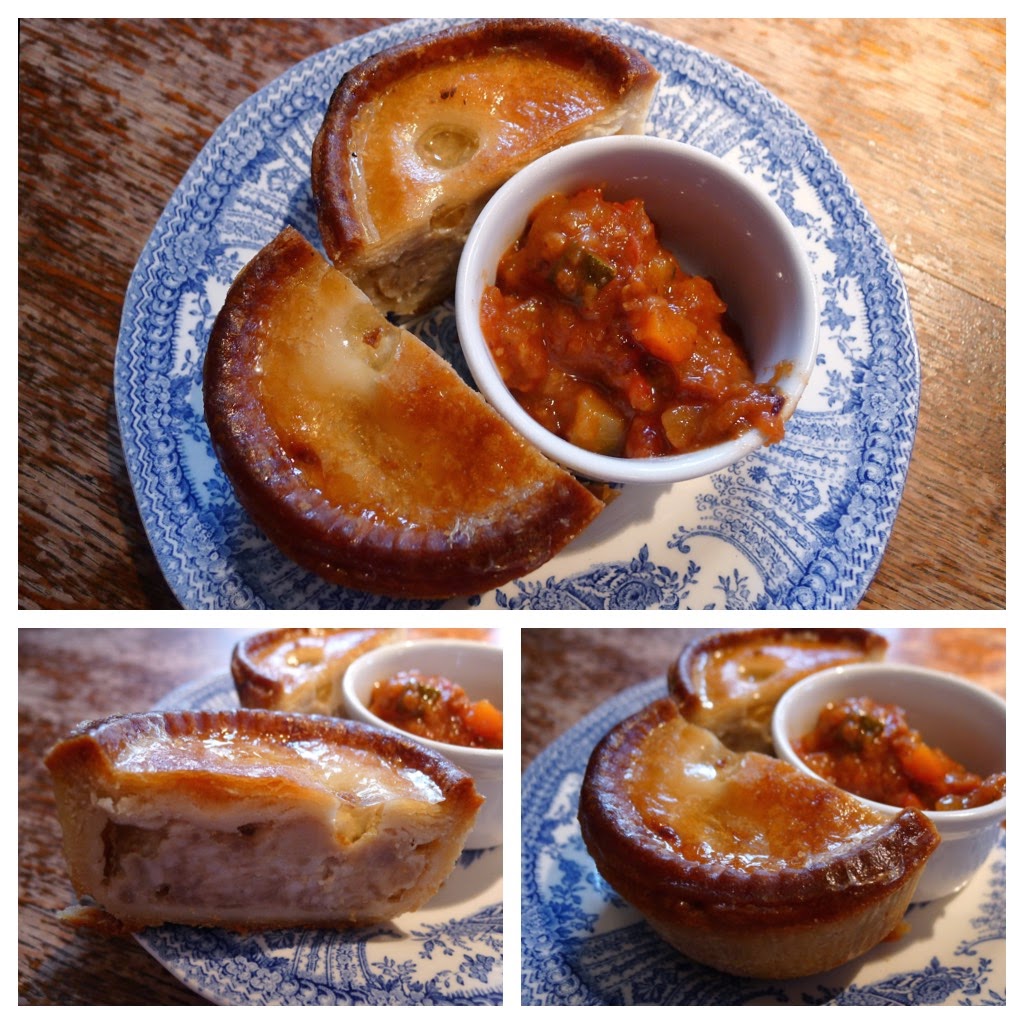 Warmed local Pork Pie with Cheshire chutney – although barely warmed, the pie was good but the chutney could’ve done with a little more sharpness or tanginess. 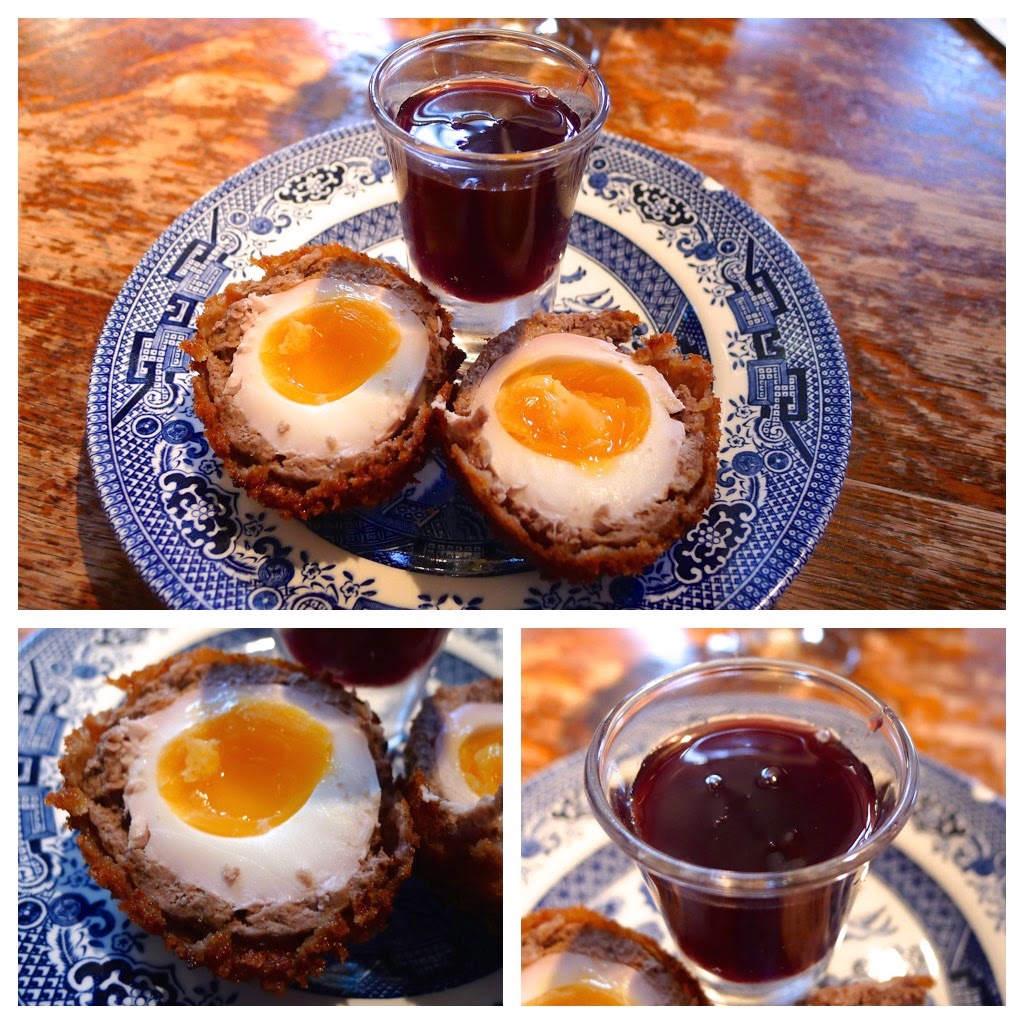 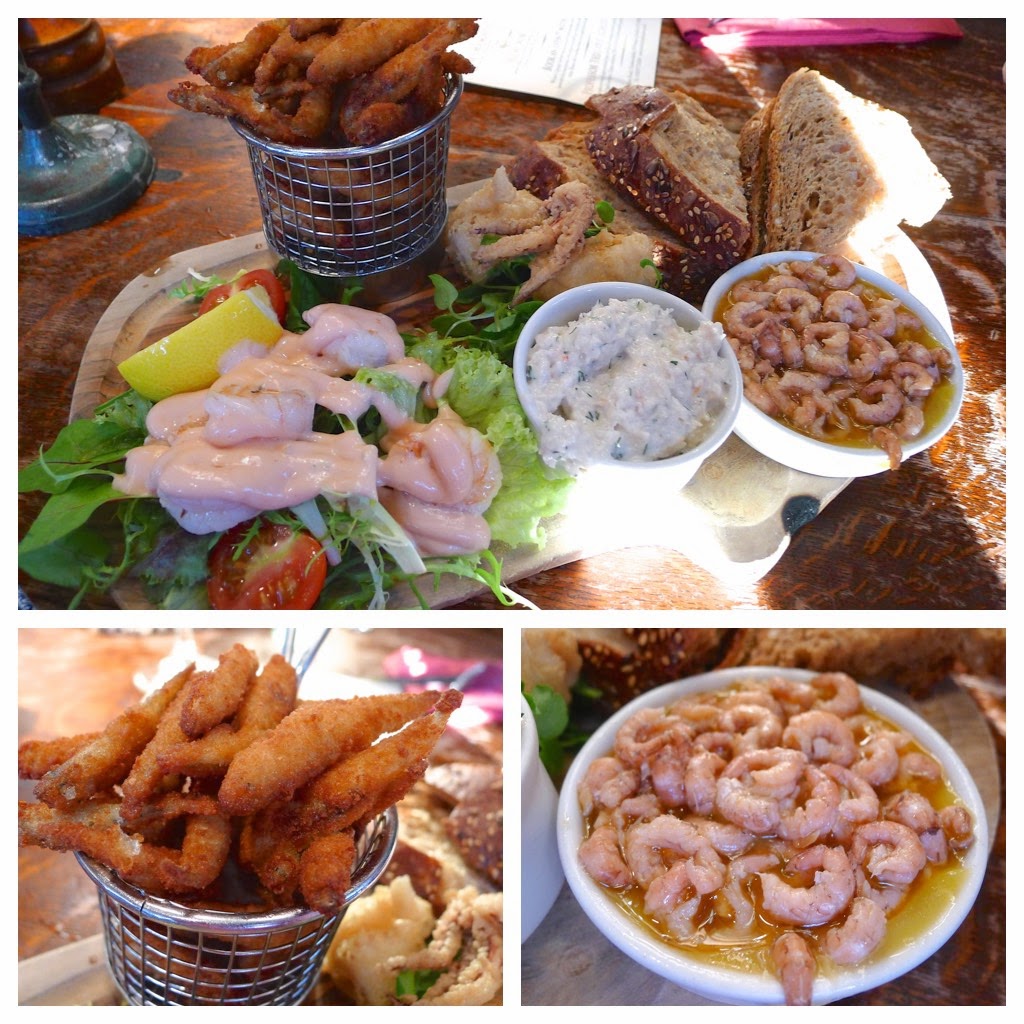 The Trawlers Seafood Plate of prawn cocktail, potted shrimps, white crab with lemon mayonnaise, whitebait and salt ‘n’ pepper squid with bread – this was well put together: the breadcrumbs and batter were crisp and the fresh ingredients, fresh. My favourite part was the potted brown shrimps in warmed butter. 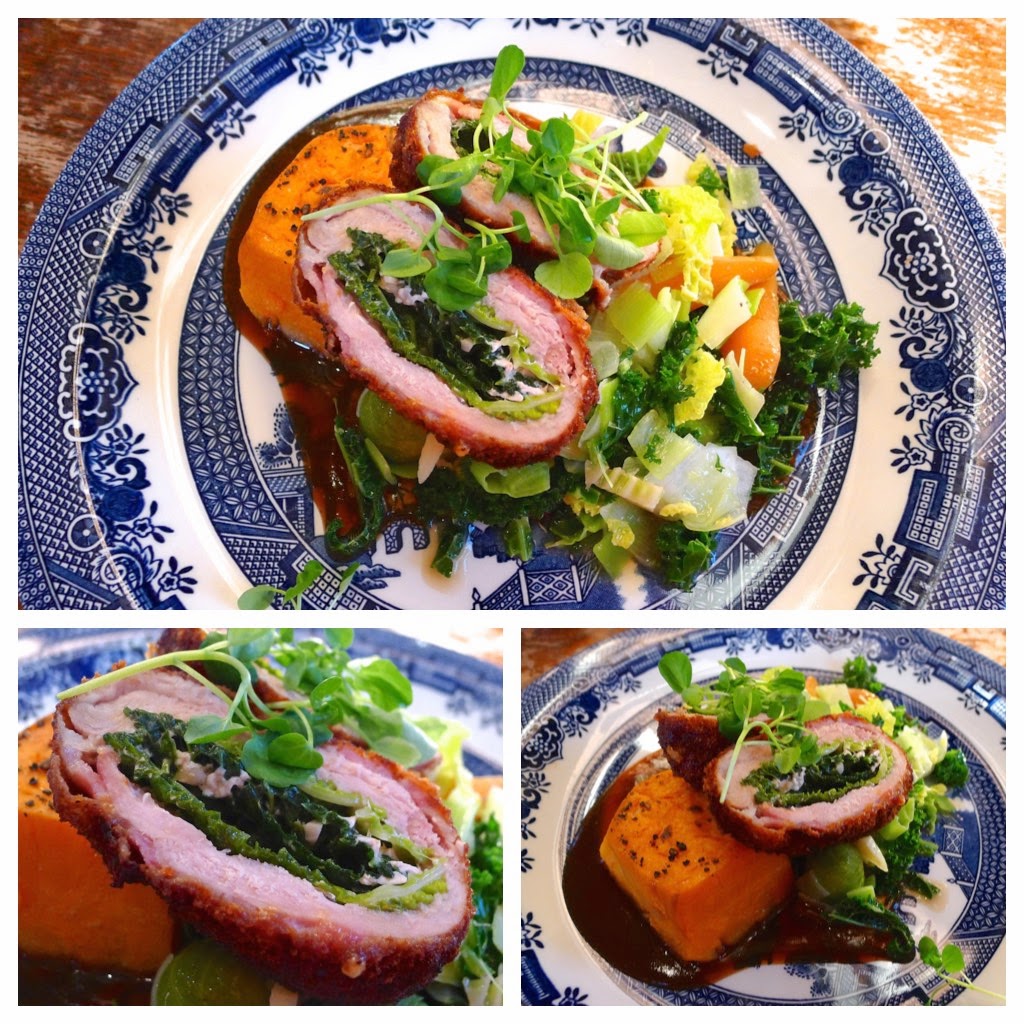 We hope to get back down to The Cholmondley Arms later in the year for one of their Gin Tasting events and a stay in the Old Headmaster's House.