For readers that don’t know, when I’m not indulging in my hobby of eating and writing a food blog, I work as a Primary School Teacher.

A while back, whilst covering Reception, I was talking to the class about the different roles of the adults in school. Hoping for the answer, ‘Mr Williams, the Headteacher’, I asked them who they thought was the most important person in school. The kids were certain that it was Mr. McMullen, the school caretaker.

They thought this because they had seen him about the place, doing stuff like gritting playgrounds, fixing things and carrying a huge bunch of keys. To them, all Mr Williams seemingly did was sit in an office and waffle on in assembly for thirty minutes once a week.

I’m pretty certain that had those kids been able to observe the goings on at ‘L’Enclume’ for the last few years, using the same logic, they would assume that 'action man' Chef Kevin Tickle, not Simon Rogan, was the man in charge. 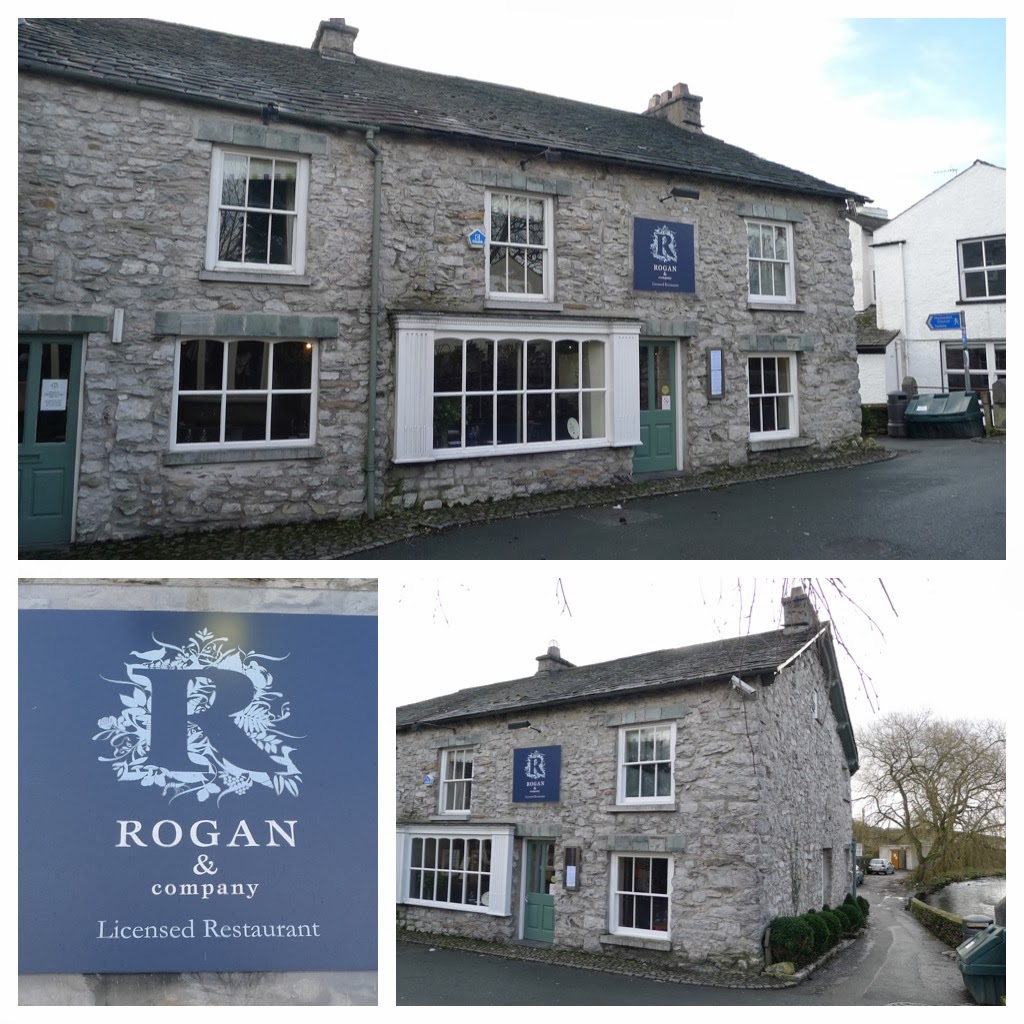 Over the years I have been visiting Cartmel and Simon Rogan’s L’Enclume, Rogan & Co and, more recently, The Pig & Whistle, I’ve got to know Mr. Tickle (@mrTickler on Twitter), alway seeing him going about his business in various industrious roles.

As well as working as L’Enclume’s Sous Chef, I’ve seen him out of his whites up a stepladder in the village harvesting elderberries; retuning laden from foraging trips to the Cumbrian coastline and hills and shifting barrows full of soil down on the farm (although, to be fair, this is not unusual for any of Simon’s multitalented and hardworking staff).

When, at the start of the year, Simon announced that Kev would be taking over as Head Chef of Rogan & Co, he told the Caterer & Hotelkeeper, “Kevin is a very talented, driven and passionate young chef with whom I have worked for the past eight years. I am delighted that he now has the opportunity to put his own mark on Rogan & Co.” 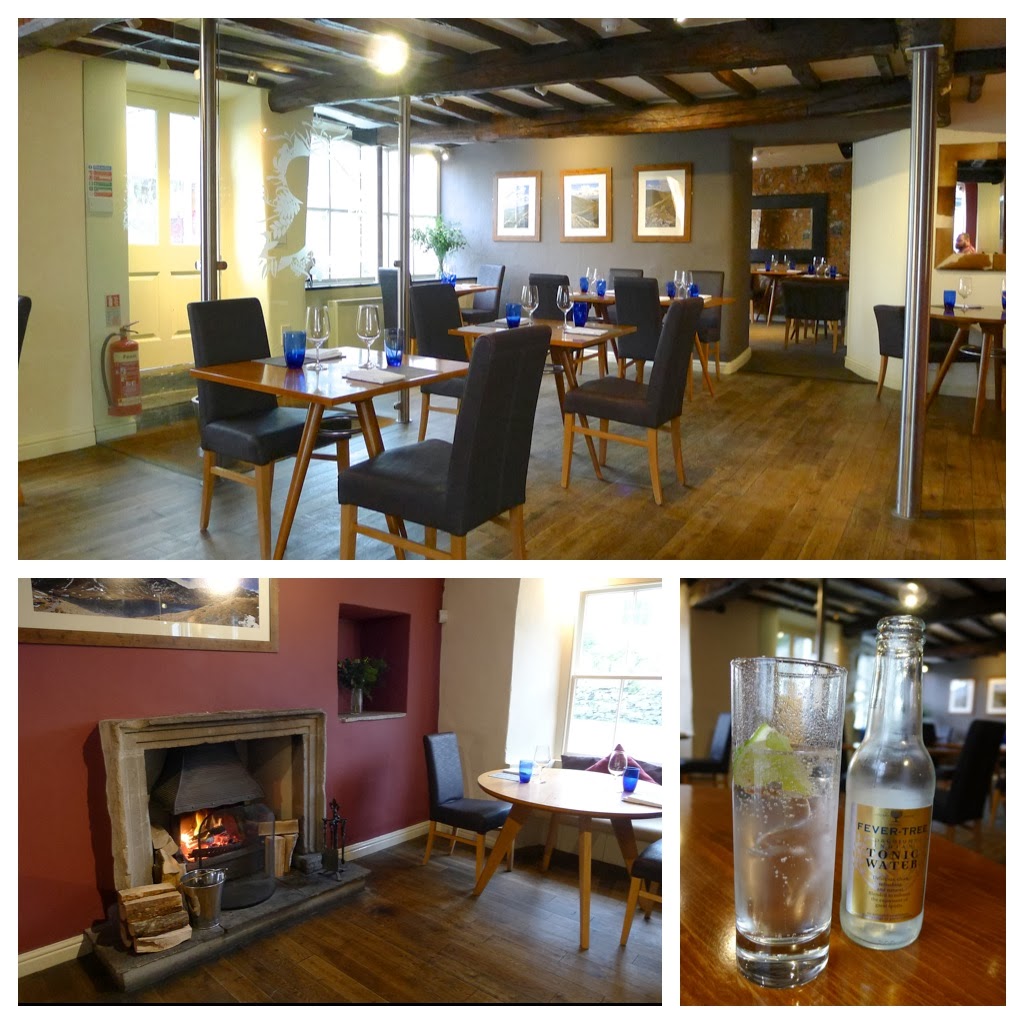 Wanting to leave it a few weeks until Chef Tickle had managed “to put his own mark” on the menu, I finally made my way up to see what changes there had been since I last visited Simon’s “other” Cartmel restaurant, almost a year ago in March 2013 (see here).

Before I continue to tell you about the food, I should make something of a ‘disclaimer’. As mentioned I have been eating at Simon’s restaurants for a number of years, long before I started a blog and am known to many of the staff. Expecting to go for the 3 course menu, I was surprised to discover that the chef had prepared a ‘special tasting menu’ if I ‘fancied it’. Usually when doing a blog post I hope to represent a ‘typical’ experience but on this occasion, I also wanted to be able to share as much of the new food as possible; so I accepted. I was not invited by the restaurant nor was I provided with any free stuff. 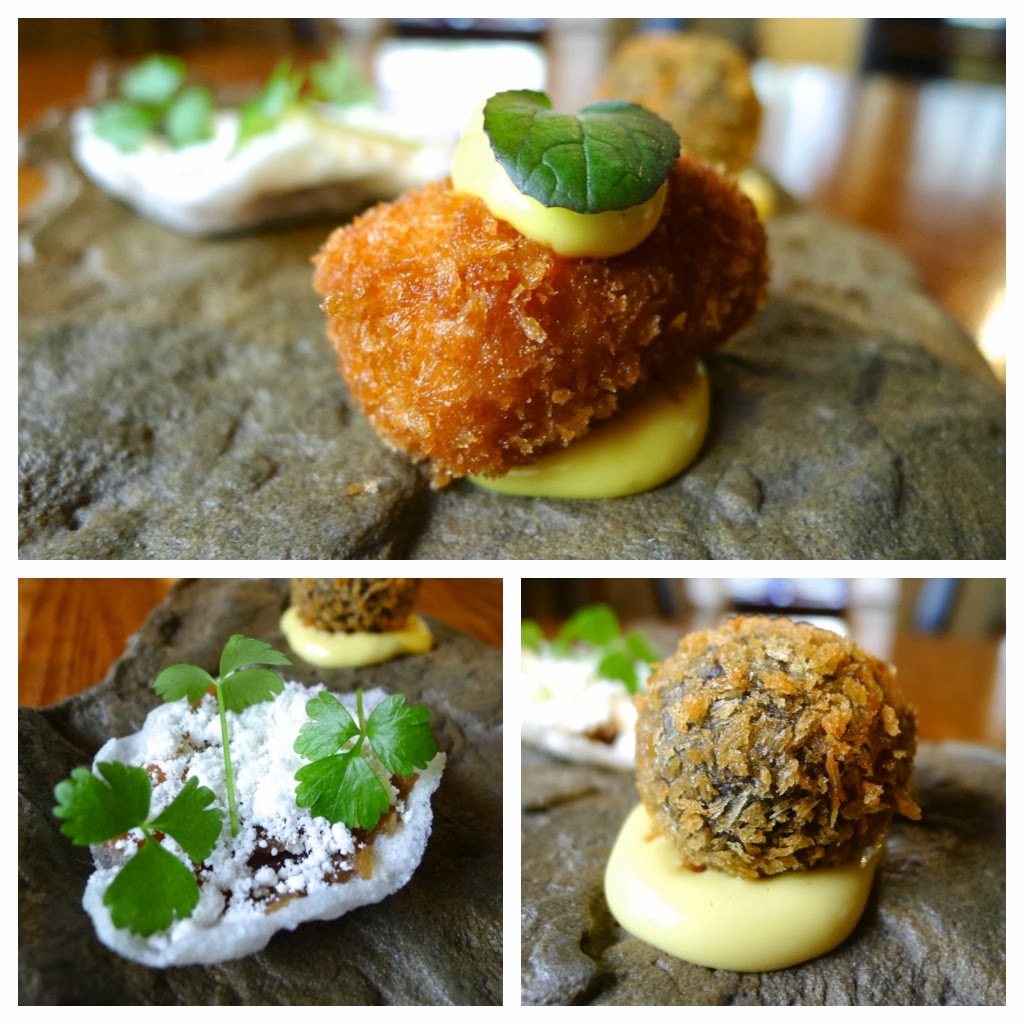 The meal started with three appetisers, very much on the lines of the sort of those that would be served at Rogan’s L’Enclume or The French – a robust Ham hock with mustard emulsion; a light and tangy Westcombe cheddar cracker with pickle and a punchy bite of Black pudding, burnt leek & garlic. 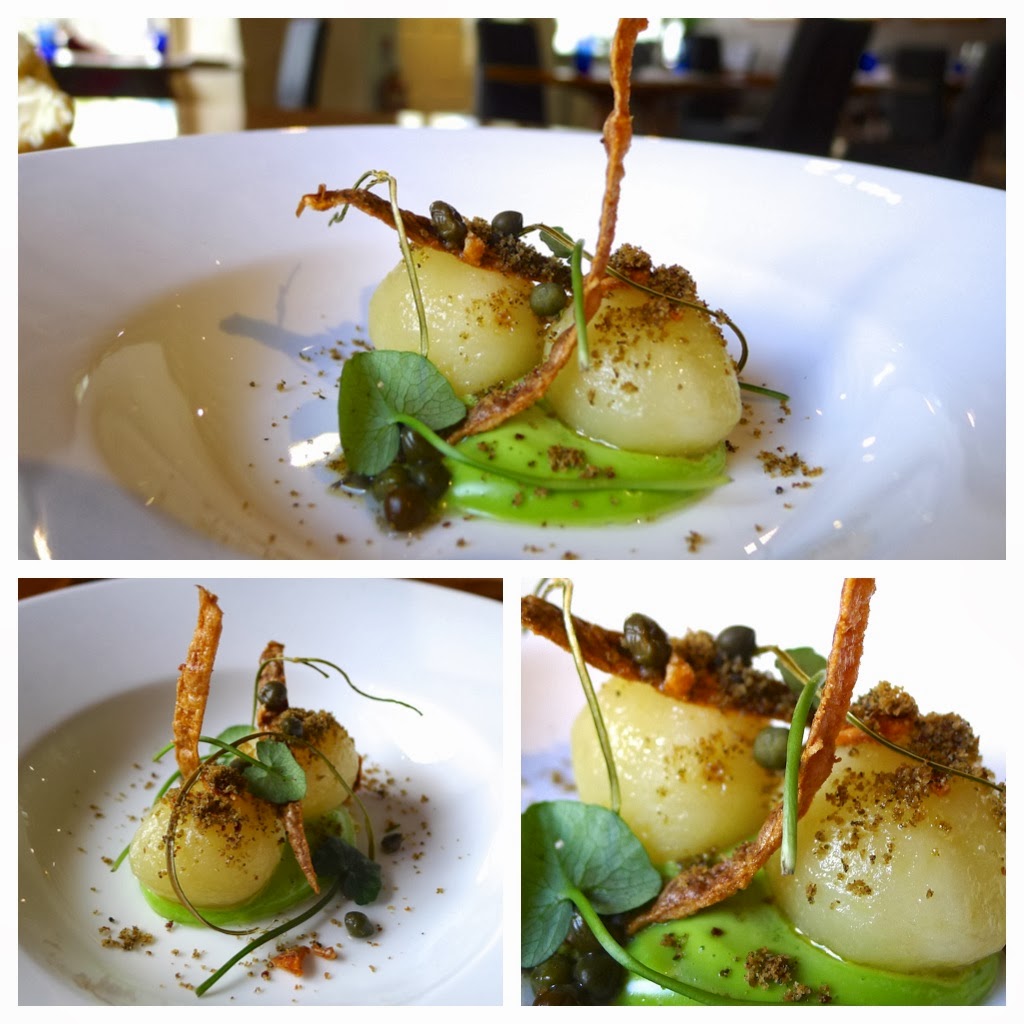 The next dish of Confit potatoes, lovage emulsion & caper was straight out of the Rogan repertoire. The confit potatoes were silky smooth, contrasted perfectly by the crisp potato skin using a technique seen at its two Michelin starred sister restaurant on artichoke skins. The lovage emulsion reminded me of the eel dish at Mr Coopers House & Garden and the caper powder/crumb showing more technical touches whilst adding a big burst of flavour. 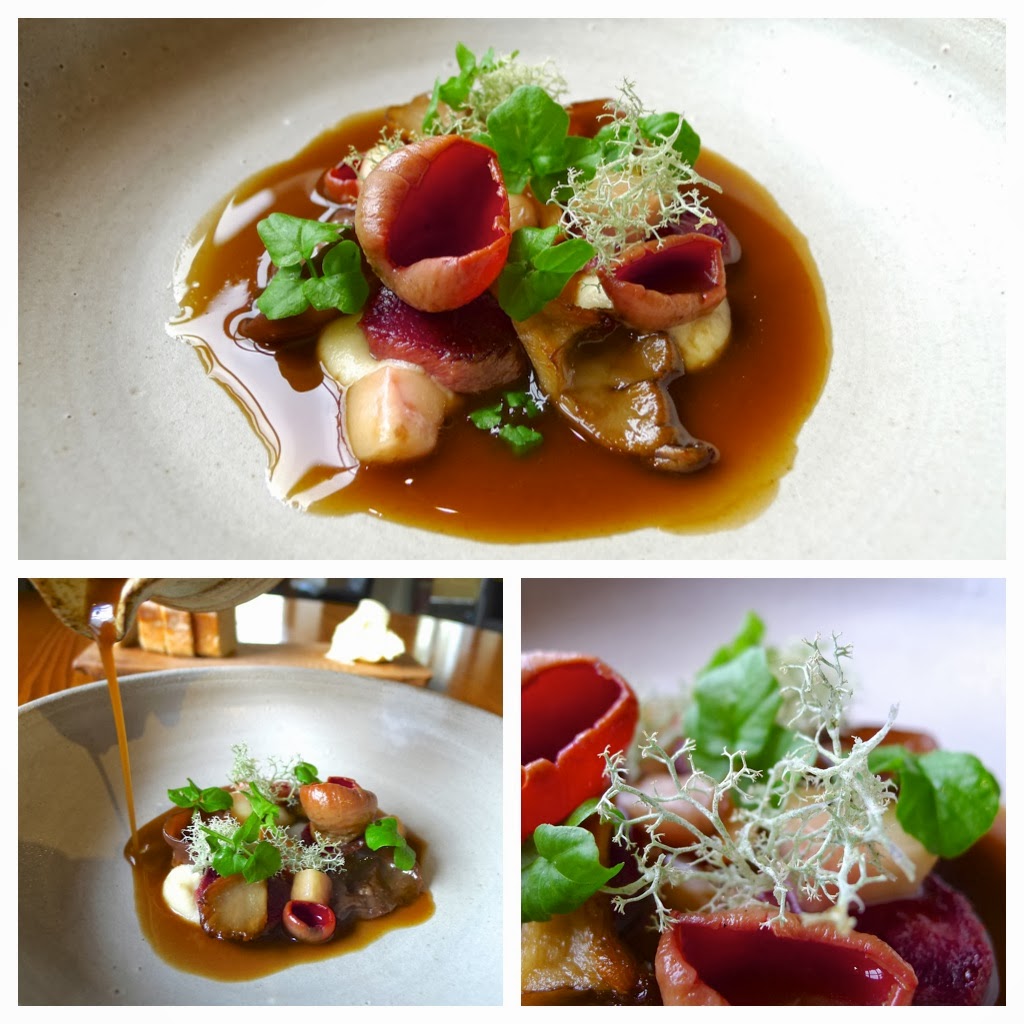 The Broth of mushrooms, roasted tongue & smoked bone marrow was the star dish for me. Not only was it a visually stunning dish, the flavours were exceptional thanks in the main to the heady broth and smoky bone marrow. The scarlet elf cup mushrooms are delightful little things (which I have had before) but it was their pairing with Reindeer Moss (lichen) that made the dish as interesting as it was beautiful. (Apparently it’s called Reindeer Moss as it is important to the diet of the Caribou, not, as I assumed, because its shrubby protuberances resemble antlers). 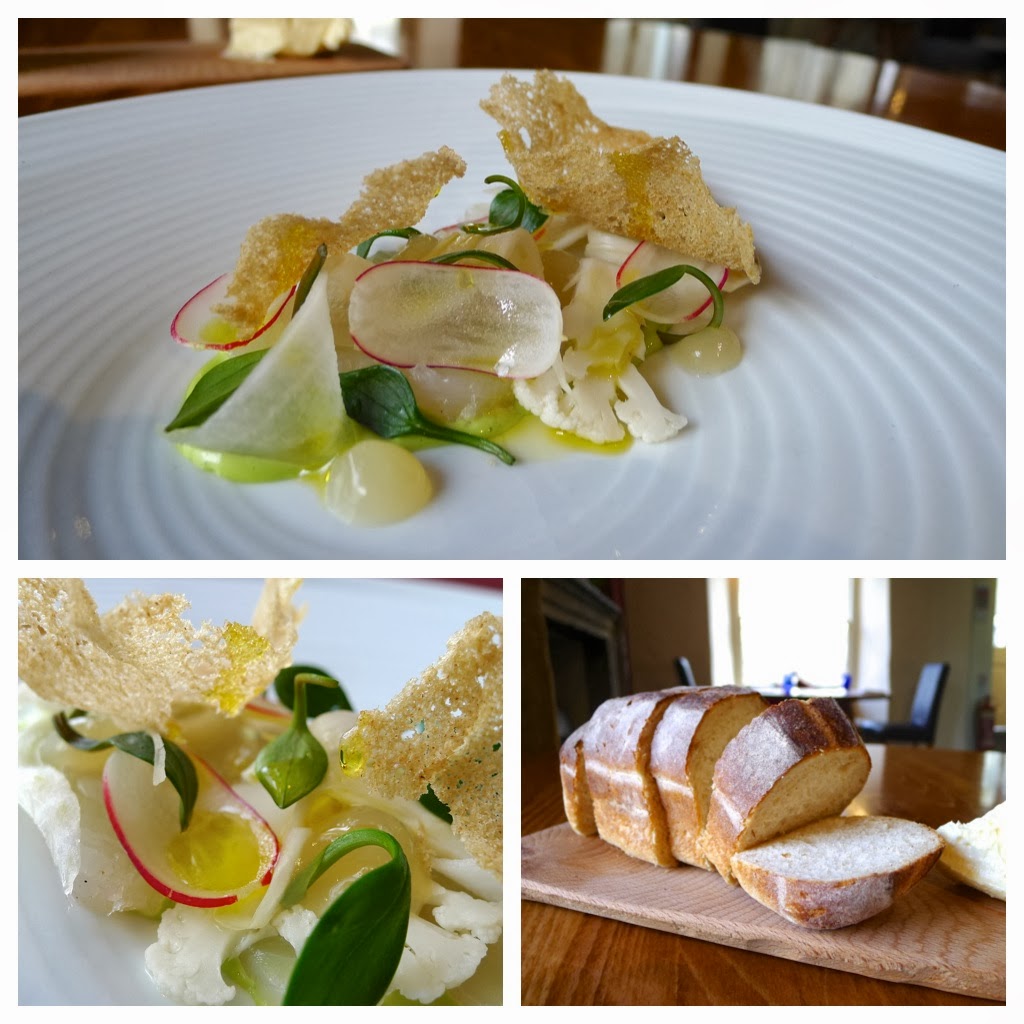 The Cured Pollock, oyster cream, apple, rye & pickled vegetables featured as one of the starters on the day’s a la carte and with the following mutton dish is perhaps most representative of the type of food Chef Tickle will be serving at Rogan & Co. Kevin has long been interested in pickling, preserving and alike; the pickled radishes, fennel and cauliflower showing this off ably. The modern touches of the rye crisps, oyster cream and apple gelée pairing majestically with the sashimi-esque lightly cured Pollack. 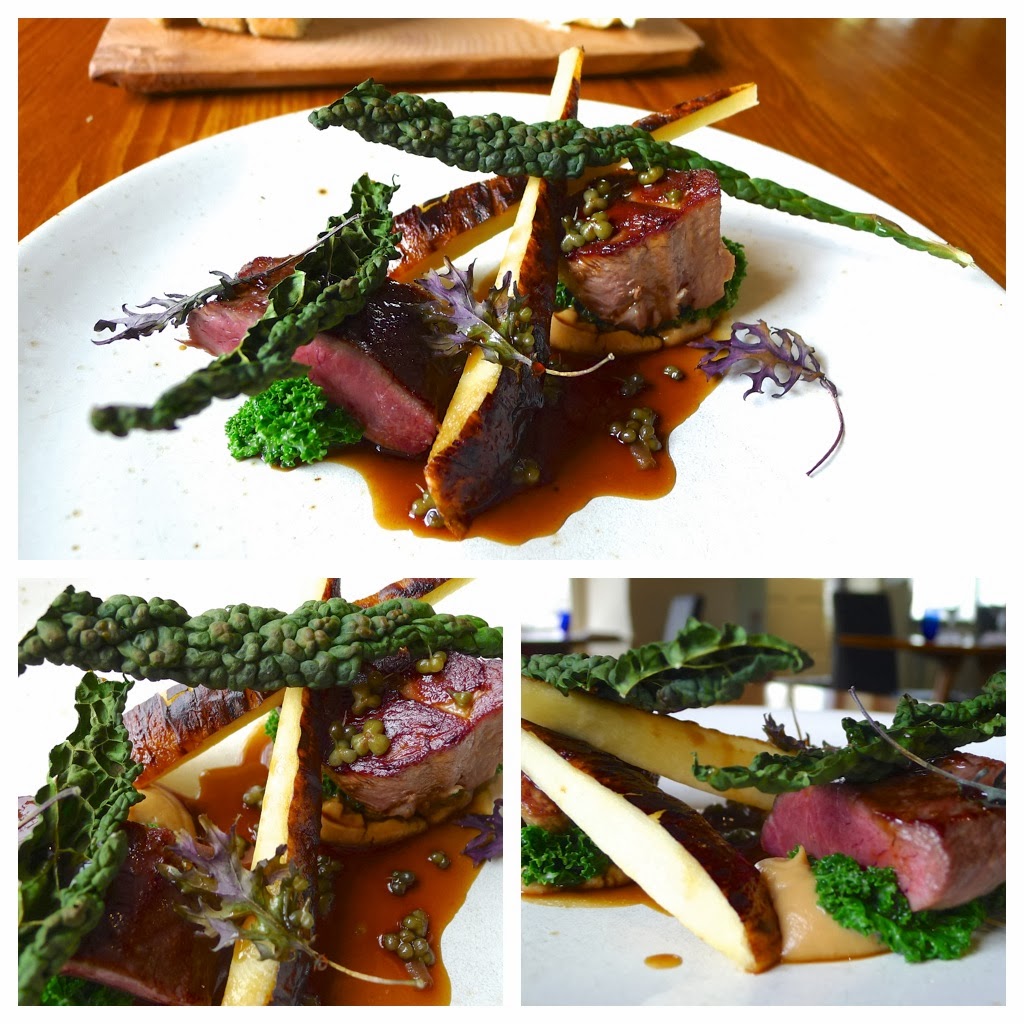 From the light and fresh Pollock to the hearty flavoursome Langdale mutton, parsnip, kale, lamb jus & ramson capers – a dish of double whammies: two cuts of mutton, crispy and fresh kale, caramelised parsnip puree and parsnip batons coked using a technique that I have to discover. 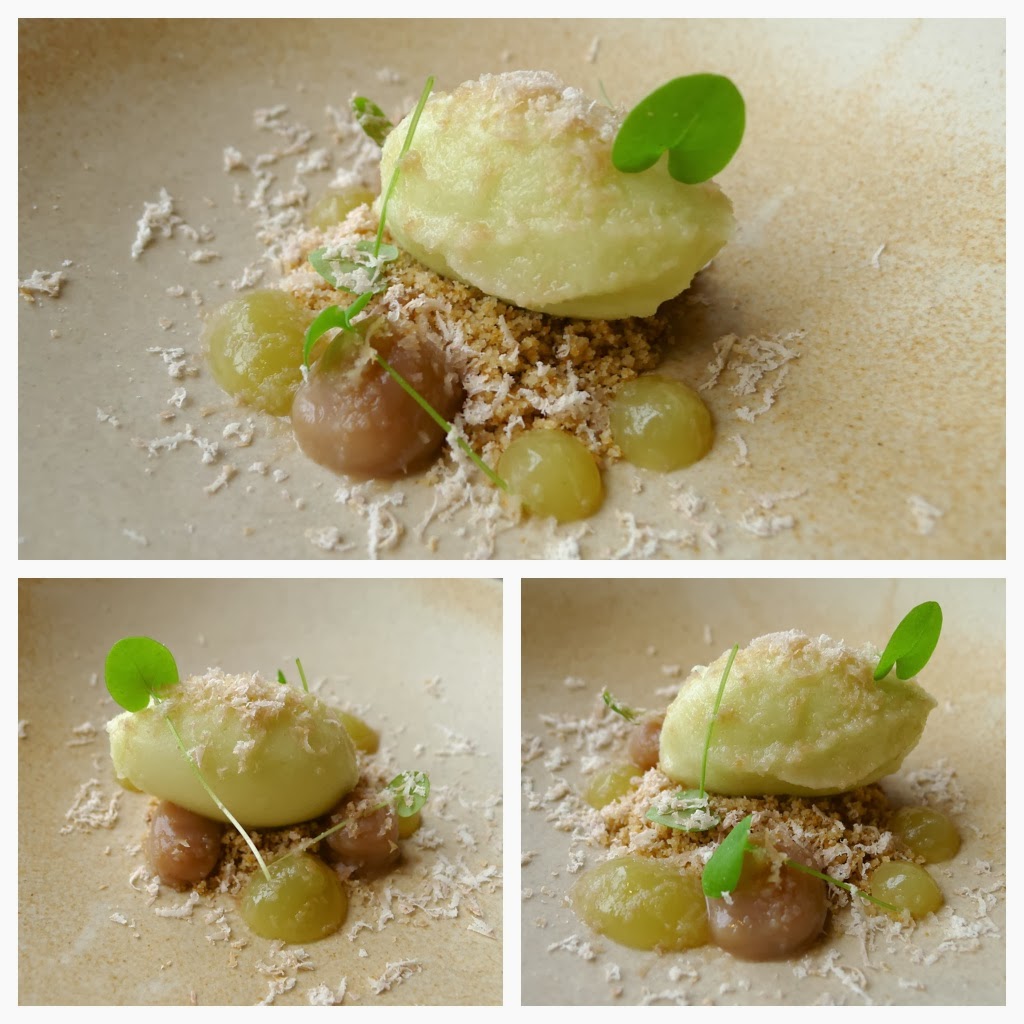 The palate cleansing pre-dessert consisted of Celery sorbet, chestnut & pine – the pine in the form of a gelée, the chestnut shaved and as a puree. So clever.

The dessert proper, was Rhubarb, elderflower wine, brioche & brown butter – I was impressed with the creaminess and sharpness of the rhubarb ice cream (so often lost with the addition of sugar). Another gelée, this time made from elderflower wine added more bold flavours tempered by the cloudlike brioche and brown butter tuiles.

Under Chef Tickle, now more than ever, Rogan & Co is a serious restaurant in its own right – one of the best in the North West. I'd like to remind my readers once again... Cartmel is more than just L’Enclume.