Of all the research that I’ve carried out and reading that I have done re; Ramen, it’s Momofuku’s David Chang’s description of “soup with noodles in it, topped with stuff.” that works best for me.

If that definition doesn’t quite cut it for you, Cambridge University’s Japanese history teacher, Dr. Barak Kushner’s, book ‘Slurp! A Social and Culinary History of Ramen - Japan's Favourite Noodle Soup’ may be worth seeking out. 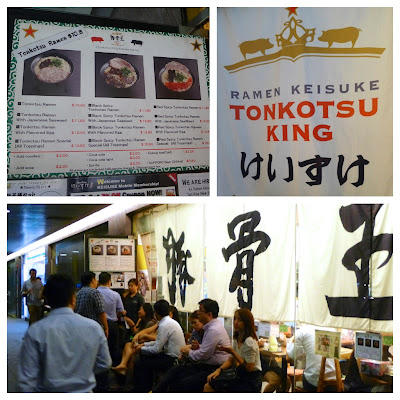 For me, even bad ramen is good but good ramen is just about the most magical thing that comes served in a bowl. The bowl of rameny goodness I ate in Singapore’s Ramen Keisuke Tonkotsu King definitely falls into the latter category. 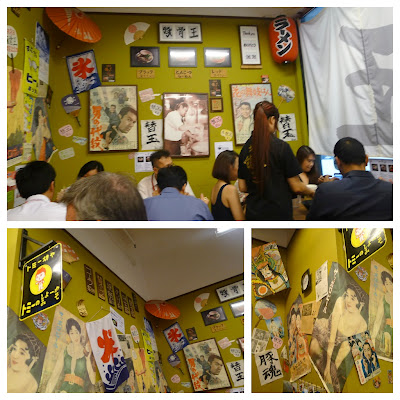 The ‘tonkotsu’ in the name refers to the rich pork bone base of soup for the ramen – my favourite kind. ‘Keisuke’ refers to founder Keisuke Takeda who apparently won the ‘Ramen King’ crown when he beat 30,000 other competitors in the 2011, ‘Tokyo Ramen Championships’. 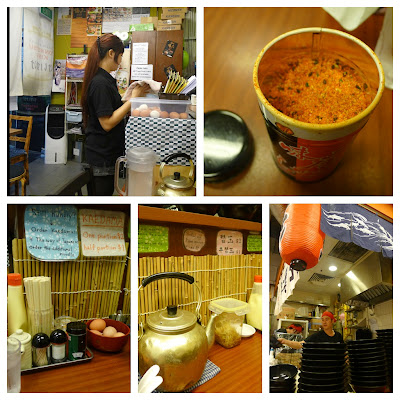 As well as the standard tonkotsu ramen, they serve ‘black spicy’ (black pepper sauce) and ‘red spicy’ (chilli oil) options. Using the menu/order chit diners can also specify strength of flavour, oiliness and noodle textures… I selected ‘normal’ for each for the most ‘Authentic Japan taste’.

Various accompaniments and seasonings such as bean sprouts, hard boiled eggs, sesame seeds and ‘shichimi tōgarashi’ are available at the tables / counter. 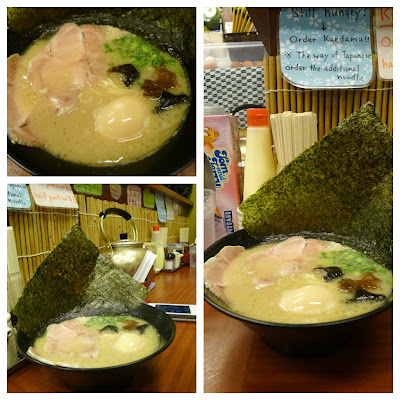 One taste of the steaming hot broth and it was clear that this is the real deal… the bones had clearly had a good long simmer to convert all their collagen into gelatin and for the rest of the alchemy to take place that results in a thick creaminess found only in the best tonkotsu. 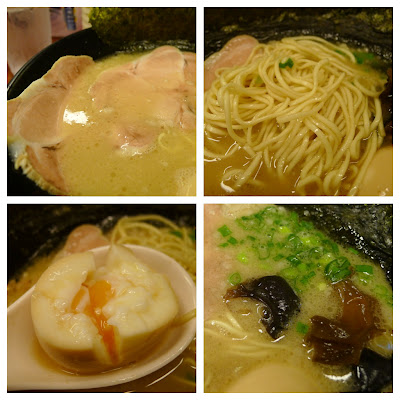 The noodles were springy but retained a good bite and the flavoured egg’s yolk was perfectly runny… a charming place with a real buzz and amazing ramen – I’ll definitely be back nest time I’m in town.