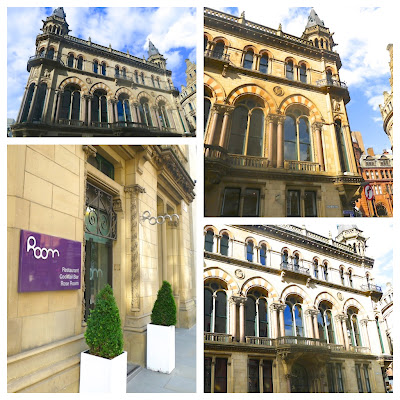 With such wonderful features as oriel windows and stone gryphon sculptures, it is widely regarded as one of the city’s most impressive buildings and grandest dining rooms. 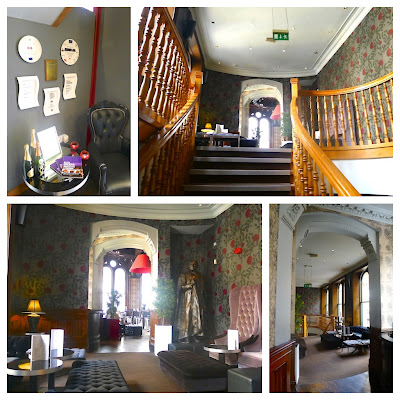 The building has strong associations with historical greats such as, Dickens, Churchill and Gladstone; as well as modern ‘greats’ such as Beckham, Gallagher and erm… Hucknall*.

(*Messrs Mick and David have been regulars in the building and Liam’s Pretty Green clothing label now shares the premises.) 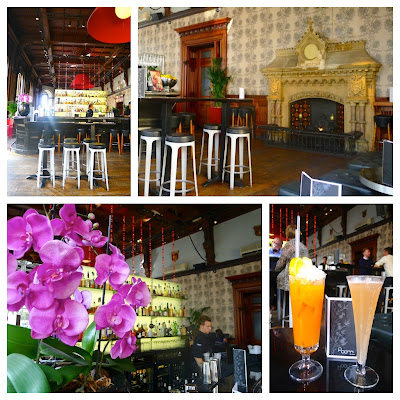 As with any building with such a rich and important history, it’s easy to dwell on the past but having recently retained their two AA Rosettes under new Chef James Wallis (formerly of Gordon Ramsay’s Best British Restaurant, ‘The Milestone’), I was invited to the new menu launch that is all about looking to the future. 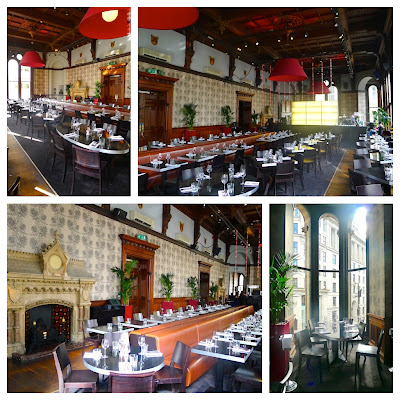 The new menu continues Room’s recent history of taking classic, retro dishes and presenting them with a contemporary twist. Their modern take on the much maligned Prawn Cocktail is a great example of their food philosophy and regulars will be pleased to know that this Room favourite remains on the updated menu that will be available from the 14th August. 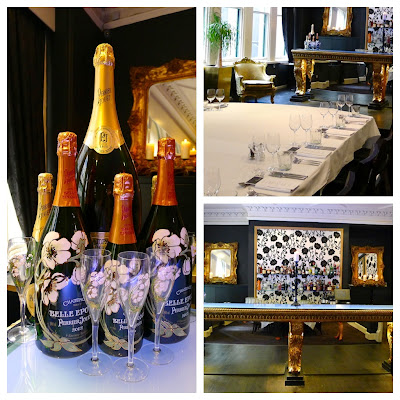 I was lucky enough to be invited as a guest of the restaurant to sample some of the new dishes. Please note that as ‘sample’ tastings the dishes may not fully represent that actual portion sizes and presentations. 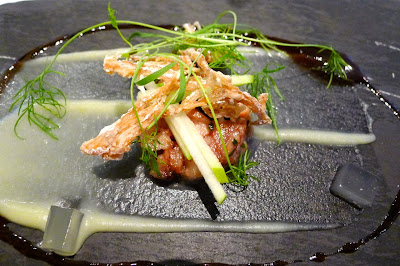 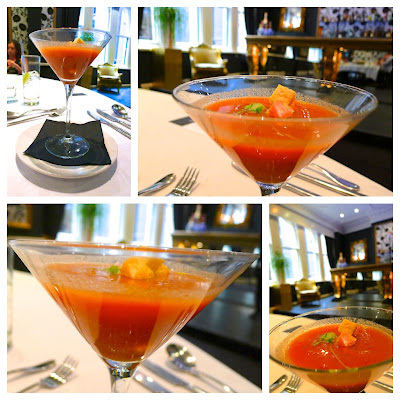 Gazpacho – traditional garnish. I’m a big fan of Gazpacho and other cold soups, especially in the summer. This was a particularly tasty example: well seasoned and piquant. 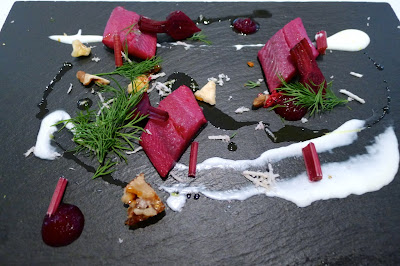 Rollmop herring – beetroot & vodka pickle, horseradish, dill & candied walnuts. On paper this dish sounded right up my alley and along with the ‘Shallot and blue cheese Tarte Tatin’ and ‘Ham Hock with poached eggs and broken piccalilli’ would vie to be my selected starter; It looked the part too but I’d urge the chef to be a little bolder with the flavours – with roll mops, I expected a punchier hit of acidity and a fire from the horseradish. 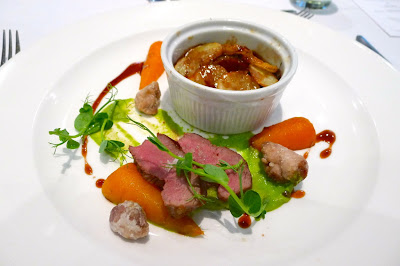 Lamb hotpot – braised shoulder hot pot, sweetbreads & loin, confit potatoes, peas, carrots in cumin. Given the season, I don’t think I would have chosen the hearty sounding hotpot and would perhaps have chosen the ‘Nettle gnocchi with globe artichokes’; however, the chef’s twists made it fitting for spring/summer. The dish of the day for me – the loin was perfect; the braised shoulder superb with especially delicious little sweetbreads. 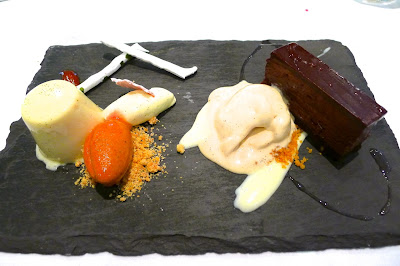 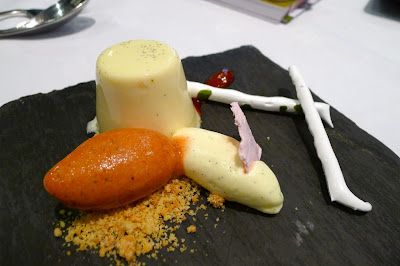 As fellow diner, Deanna Thomas, from the North Star Deli and @foodlinkchesh pointed out the ‘Eton Mess’ was actually an ‘Eton Neat’ cleverly ‘reconstructed’ with modern techniques and flourishes. 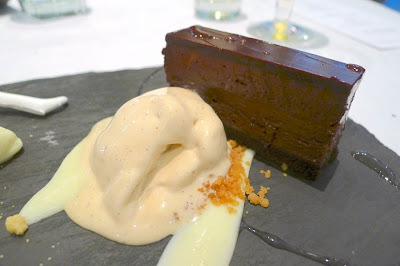 The marquise was suitably rich and creamy with a good chocolate flavour. I apologise for the state of the melted ice-cream in the picture, I was too busy gabbing to take the photo in a timely fashion. 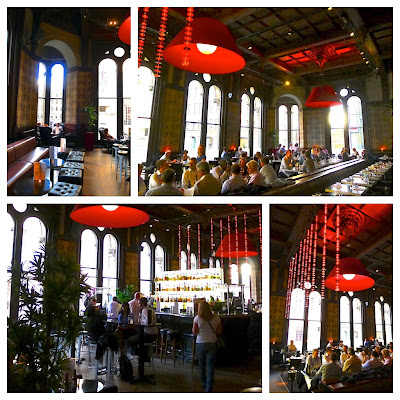 Whilst Dickens would have undoubtedly had the creativity of words to describe the food more vividly and Churchill would have spoken about the restaurant with greater eloquence, I would have recommended going to Room for the décor alone… it helps that the food is pretty special too!