Swadesh in Hindi apparently means ‘one's own country’ – it is also an independent chain of several swish Indian restaurants (including a couple under the Sangam name) in and around Manchester and Cheshire. 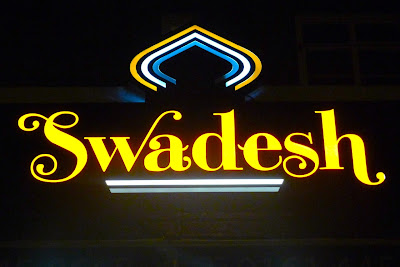 Having heard good things form a few friends I thought it was about time I sent to see for myself. We went to the Didsbury branch, which is much smaller than the one on the centre of Manchester.

In my humble opinion the food was generally of a good average standard. Much better than most places on the nearby Curry Mile but not as authentically good as the curry cafés of Cheetham Hill or my tip for a top curry at Cheadle Hulme’s Seven Spices (see here). 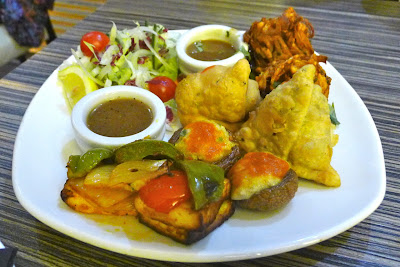 To start, my wife and I shared a Subzi Thaal - a mixed platter 'vegetable dish' featuring vegetable samosas, garlic mushroom and paneer tikka kebabs and onion bhaji. It was all good quality and spiced and cooked well – the onion bhaji was very good. 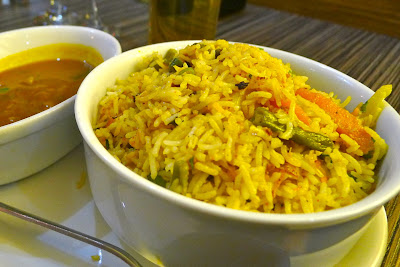 We then shared, a Subzi Biryani – of assorted fresh vegetables simmered with turmeric, garlic, cumin and tossed with aromatic basmati rice. 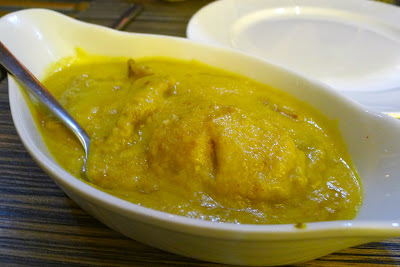 A Lamb Pasanda – tender, chunks of lamb seasoned with citrus and delicately tempered with almond, cashew nut and coconut cream. 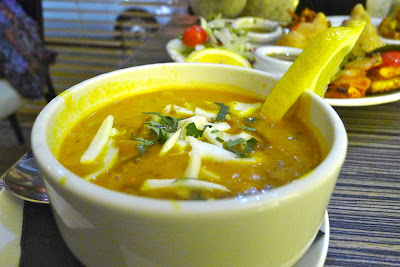 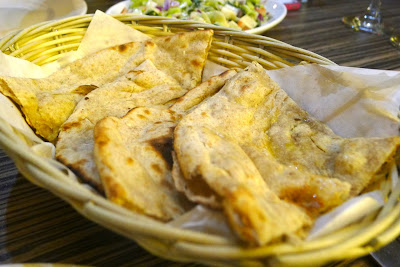 To accompany the curries we had Boiled Rice, a couple of decent Chapattis and an average Kachumbar Salad. 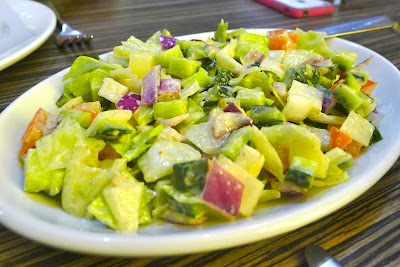 To finish we shared some Gulab Jamun –the rose scented sugar syrup was a little watery compared to some I’ve had and they could have been served hotter. 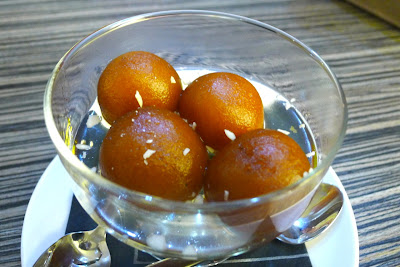 Like I said earlier – food wise, Swadesh is a decent enough Indian restaurant. The food did not wow but neither did it disappoint. The service and styling of the restaurant was good.