Meat Market is a burger joint located on a mezzanine that overlooks “London’s famous Jubilee Market” in Covent Garden. 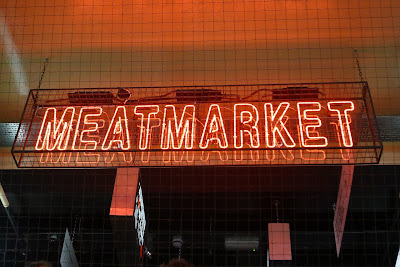 Despite growing up in London, prior to my recent burger and fries, I had never been inside the Jubilee Hall. In my ‘yoof’ in the late eighties and early nineties my friends and I spent many a day hanging around Covent Garden – usually bothering the good people of Slam City Skates and Rough Trade Records. 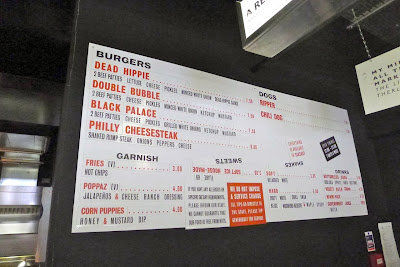 On occasion me and ‘my crew’ would even take a piece of 'lino’ up and bust a few break-dancing moves – our attempt to join the street entertainers never went down too well… mainly because we were useless! 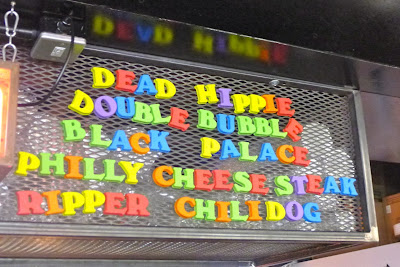 In the late nineties I’d moved away from B-Boy and thanks to a couple of friends owning post club crash pads in and around Soho and Covent Garden many more halcyon days would be spent mooching around amongst the tourists – yet the Jubilee Market Hall, still did not call. 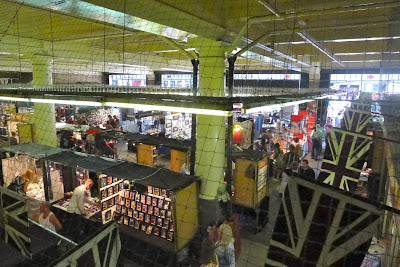 Never being a place to attract ‘locals’ I bet the traders could not believe their luck when Meat Market opened and started to draw a whole new crowd – to be fair amongst the touristy tat there are now some good little stalls, selling all kinds of crafts including the fabulous Aramica (see here) who make interesting, useful and funky objects from recycled glass. 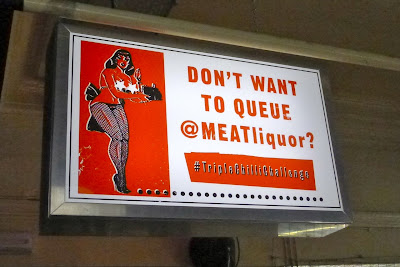 With Meat Market, MEATliquor, Pitt Cue, Goodman, Hawksmoor, Opera Tavern, Lucky Chip, Burger & Lobster and even trendy chains Byron and the Gourmet Burger Kitchen, there is undoubtedly ‘junk food’ or burger renaissance™ / burger revolution™ going on in the capital at the moment. 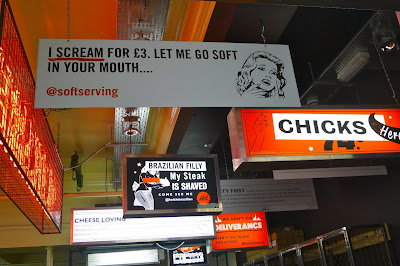 (I’ve trademarked the ‘Burger Renaissance and Burger Revolution names ‘cause, at the rate they’re opening, it’s inevitable that some bandwagon jumping entrepreneur will want to use them sooner or later.) 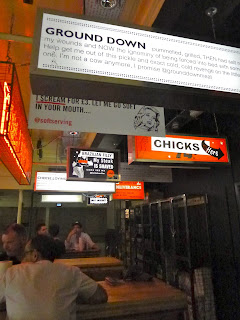 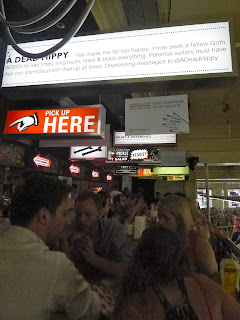 Personally, I blame Jamie Oliver… (although, before his lawyers contact me… I could well be, and probably am wrong) but several years ago ‘Jamie's School Dinners’ challenged the junk-food culture by showing schools they could serve healthy, cost-efficient meals that kids enjoyed eating – a worthy mission, but… 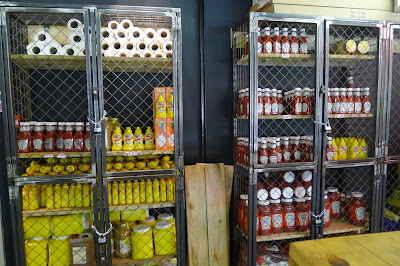 What I think has happened is, those poor kids that were being ‘deprived’ of their right to junk food so much so that ‘caring and concerned’ parents had to pass chips through the school railings are now in their late teens and early twenties and need to readdress the balance. 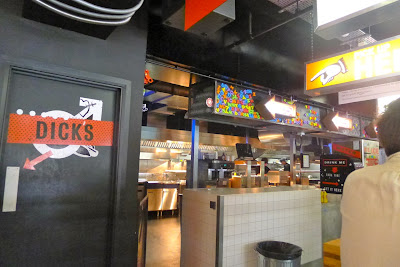 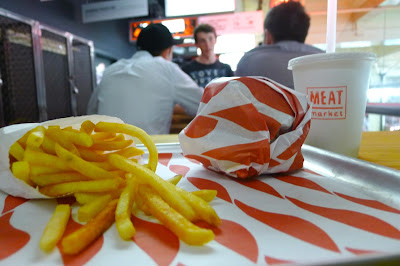 They say one man's meat is another man's poison. I know some will see the picture of the burger below and think they’ve died and gone to heaven – for me, it was just a burger. 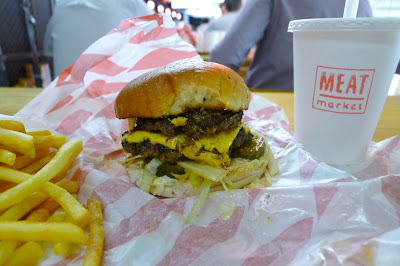 I ordered the Dead Hippie - you may be disappointed to hear that no hippies are actually harmed in the making of these burgers… but it did include two beef patties, lettuce, cheese, pickles, minced white onion and ‘dead hippie sauce’ 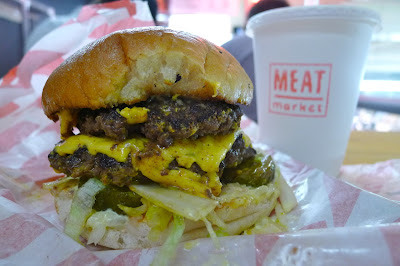 The meat was a tad dry, the bun disintegrated and the lettuce soggy as opposed to crisp… other than that, it was thoroughly enjoyable – the well melted cheese and thick slices of pickled gherkin being particularly pleasing. 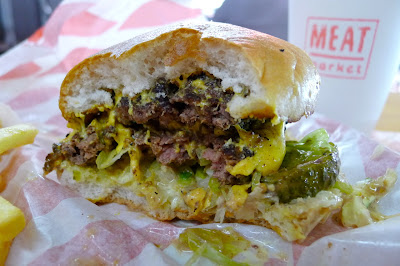 The ‘secret recipe’ Dead Hippie Sauce was also very good – I’m guessing there was some kind of vinaigrette with Worcestershire sauce in there, onions, mayonnaise (or a Russian or Thousand Island dressing), sweet pickles and a smack of mustard. 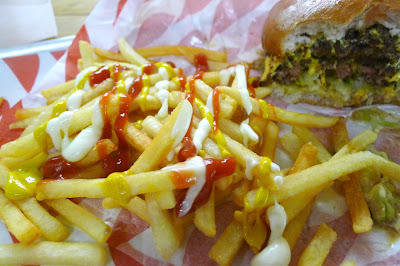 The fries were spot on and the soda bottomless – all good!

Burgers I suppose are just not my thing… however, I do like a bandwagon and it was good to climb aboard – albeit for a short trip.

Email ThisBlogThis!Share to TwitterShare to FacebookShare to Pinterest
Labels: London