The Stagg Inn holds the distinction of being the first pub in the world to be awarded a Michelin star – an accolade it proudly retains to this day.

Having visited a fair few of the Michelin starred pubs, I’ve come to the conclusion that I generally prefer those which manage to retain a ‘pubby’ feel. The Stagg is quite ‘restauranty’ but the small bar area, complete with its collection of over 200 “pub jugs” and the warm, friendly greeting from the staff help to retain some ‘pubishness’. 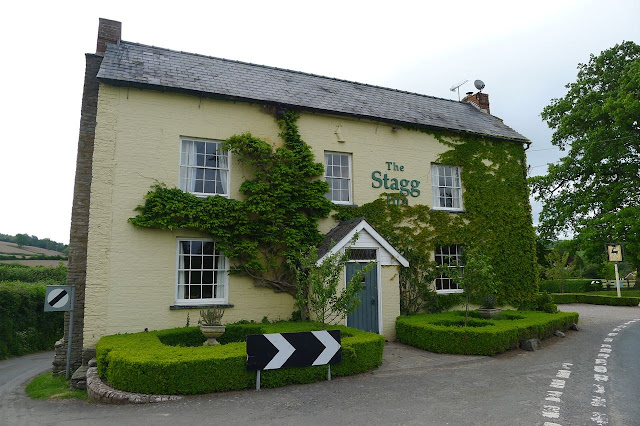 What Michelin say: ‘Part-medieval, part-Victorian pub with a delightfully cosy interior. Cooking is fittingly straightforward, relying on classically based recipes, careful preparation and top quality produce. Menus are short, simple and to the point, while the dishes themselves are truly satisfying.’ 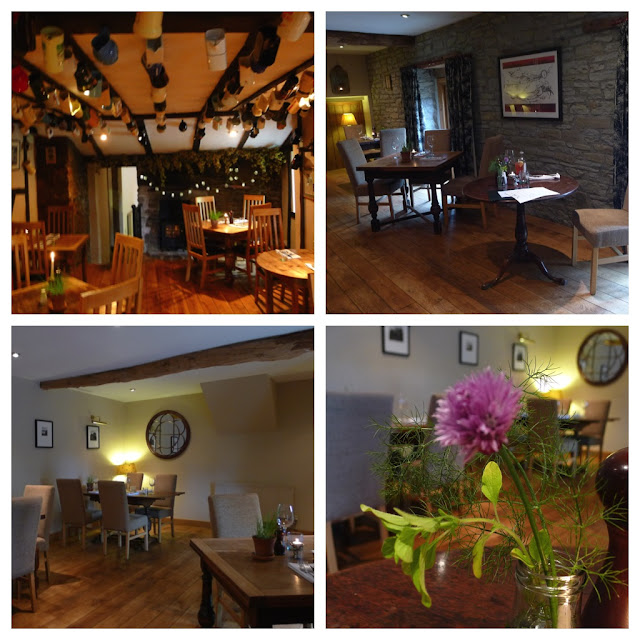 Appetisers, came in the form of Crisps with a balsamic espuma and some Olive and chilli bread – they went will with a swift half of the local Dunkertons cider. 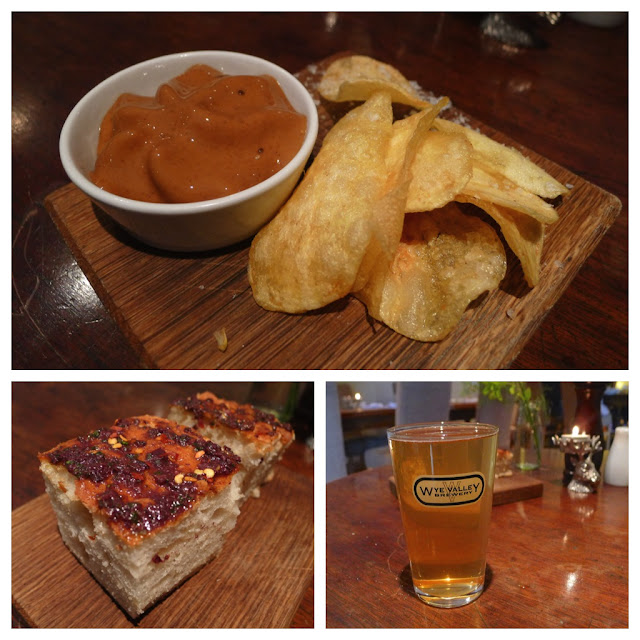 On the outskirts of Herefordshire, on the Welsh border, it seemed churlish not to order the locally reared beef. How could I not order the Steak tartare with truffle? And, at just £16.90, including sides, the rump steak seemed too good a deal to pass up. 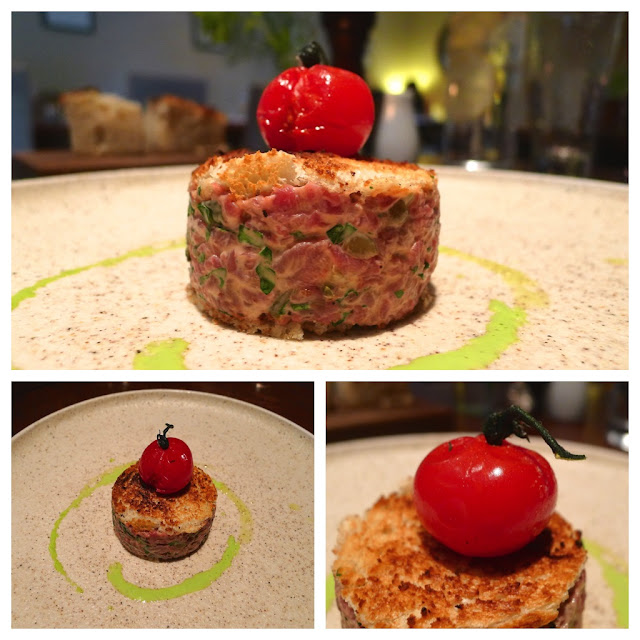 Steak tartare, truffle – generally relying on memory, I don’t always take notes but this is what I wrote for the tartare – “delightfully flavoured, cool, beefy with a little chilli lingering… truffle too subtle?” I have no idea what I meant by “cool”. 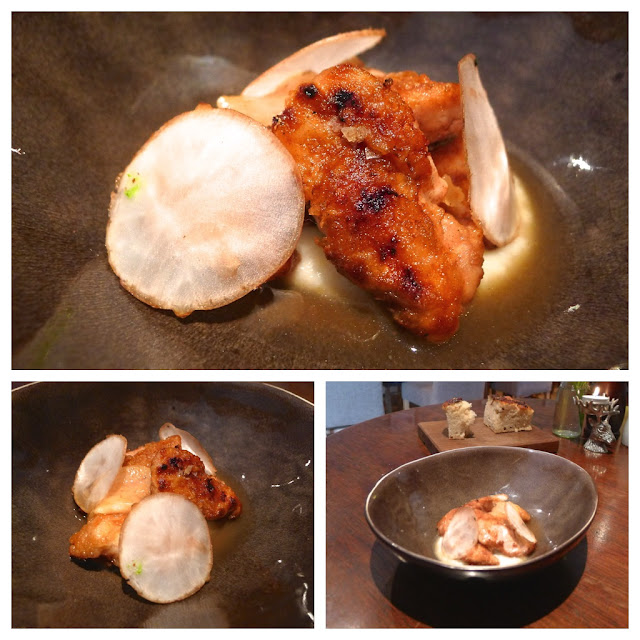 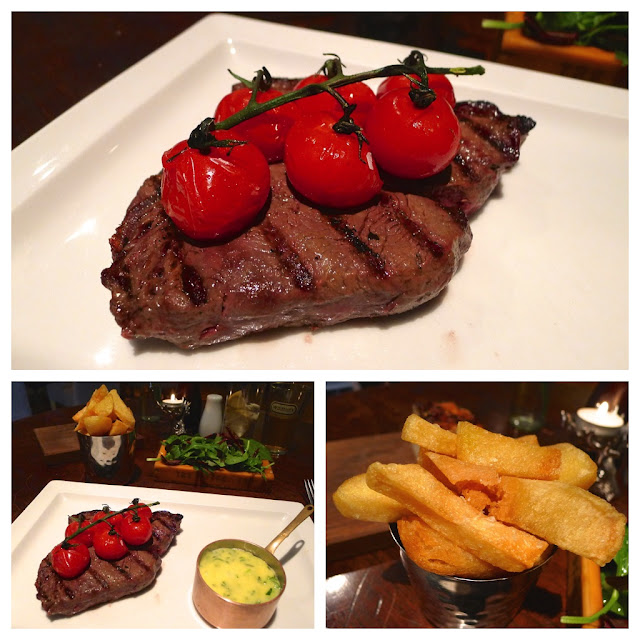 Herefordshire rump steak, cherry tomatoes, béarnaise sauce, chips, salad leaves – along with excellent triple cooked chips (refreshingly referred to just as “chips” on the menu), a top notch béarnaise and a delightfully dressed salad this was one of the tastiest and best value for money steaks I’ve eaten. Who said, Michelin starred food had to be expensive? 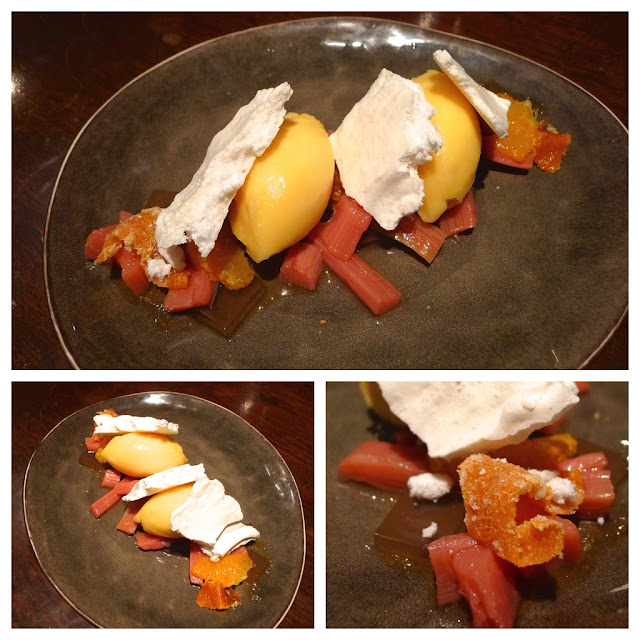 The Stagg Inn is definitely a place I'd return to next time I am in the area.