The Hardwick is a dining pub in Abergavenny from acclaimed chef Stephen Terry.

Having worked alongside Marco Pierre White in his wild Harvey’s heyday and at Le Gavroche when it had 3 Michelin stars, Stephen Terry is a chef with some pedigree – with walls adorned with press cuttings and details of various accolades, he’s certainly not shy to tell you about this.

All this helps to make my experience even more disappointing. For my liking, I found the salmon woefully overcooked and the breaded pork belly distressingly dry in the middle – inexcusable when you’re talking about the two main components on both a starter and a main. 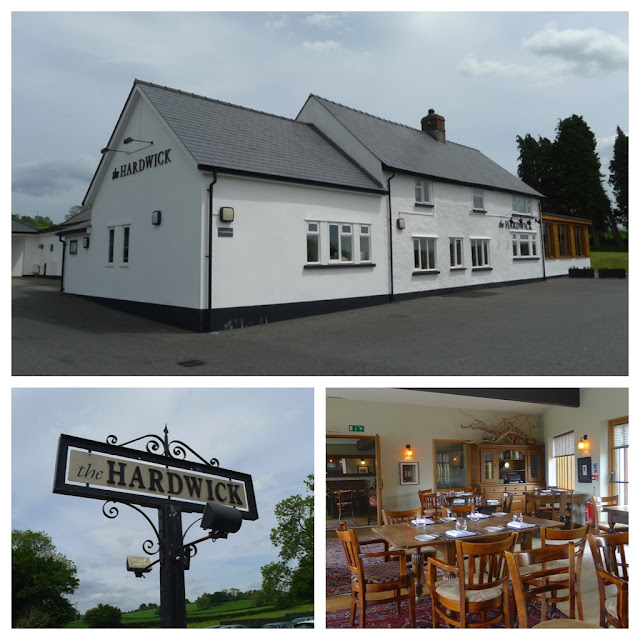 Service was poor too in that I’d ordered the pork belly and salmon dishes from the a la carte menu but was served the ‘pork meatloaf’ dish from the set menu – a small dish, I was a couple of bites in when I realised it was not what I had ordered and by the time I was able to alert a member of staff of double check I had nearly finished it.
When eventually I managed to alert and ask a member of staff, the only response I got was to ask if I still wanted the pork belly? Seeing as it’s what I had ordered, funnily enough I did. Needless to say, I was charged for both.

Not all was terrible however, the bread and oil and pickled elements on the pork belly were great, as were the accompaniments with the salmon The chocolaty dessert was good too; despite the popping candy. 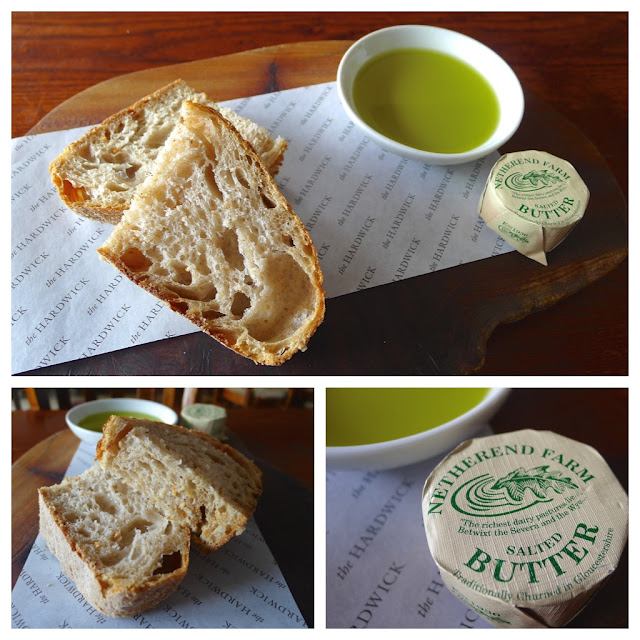 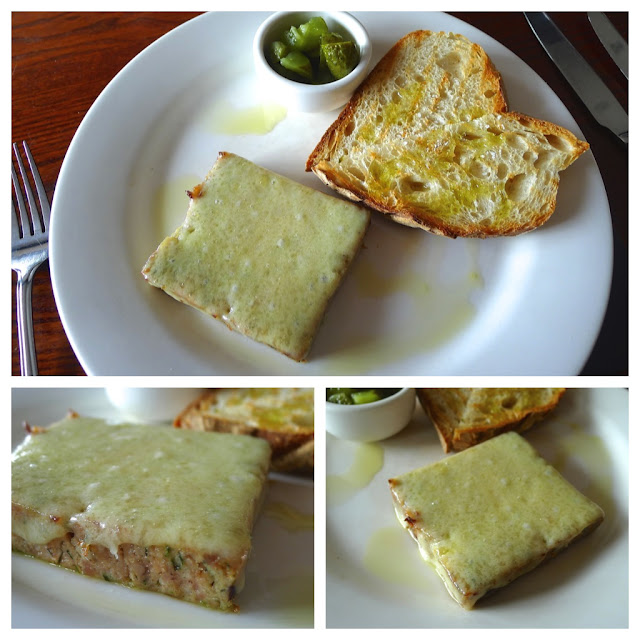 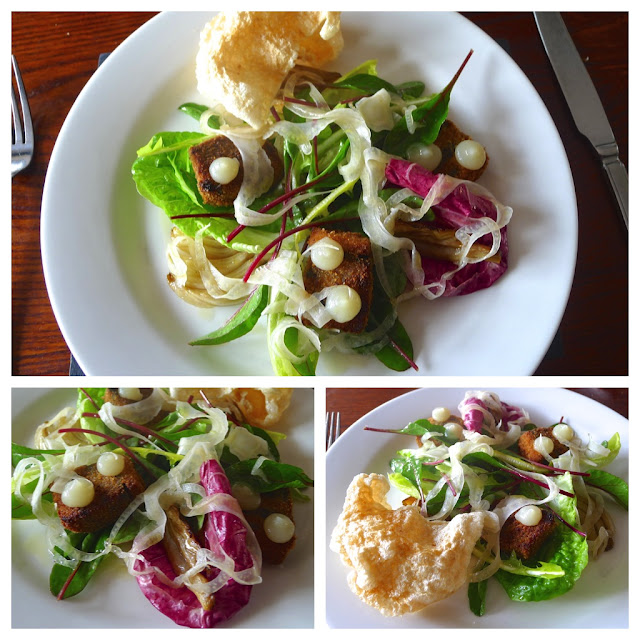 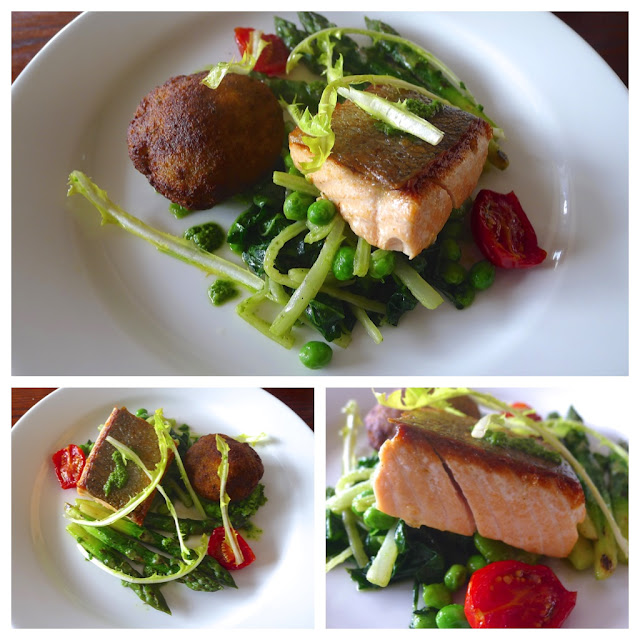 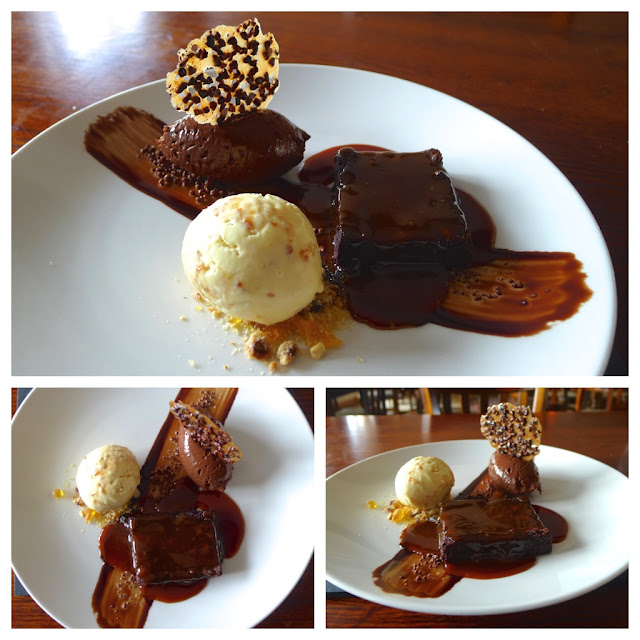 With The Walnut Tree just up the road, there’s no way I’d return.

Email ThisBlogThis!Share to TwitterShare to FacebookShare to Pinterest
Labels: Wales