The Lake District or ‘The Lakes’ is special for a number of reasons: The area makes up the largest of England’s thirteen National Parks and is home to the country’s longest and deepest lakes (although, fans of QI will know, Bassenthwaite is the only official ‘lake’ – the others being 'meres' or 'waters'). The mountainous region also boasts Scafell Pike, England’s highest peak and the beautiful Wastwater was recently voted ‘Britain's Favourite View' – some of the reasons why the region attracts in excess of 15 million tourists a year! 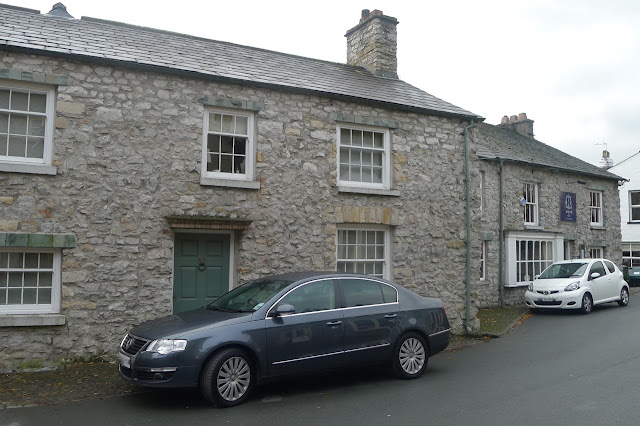 The setting and inspiration for many of the works of William Wordsworth, Samuel Taylor Coleridge and other ‘Lakes Poets’, the area owes much of its conservation to author and illustrator Beatrix Potter. Who, with the proceeds from her books about Peter Rabbit and his friends bought and preserved many farms and expanses of landscape, which, upon her death in 1943, she bequeathed to the National Trust.

These are not the area’s only links with writing. In the 1500s, graphite was first discovered near Borrowdale. The invention of the pencil, led to their production becoming important to the local economy. Today, the Cumberland Pencil Museum sits on the site of the original factory. 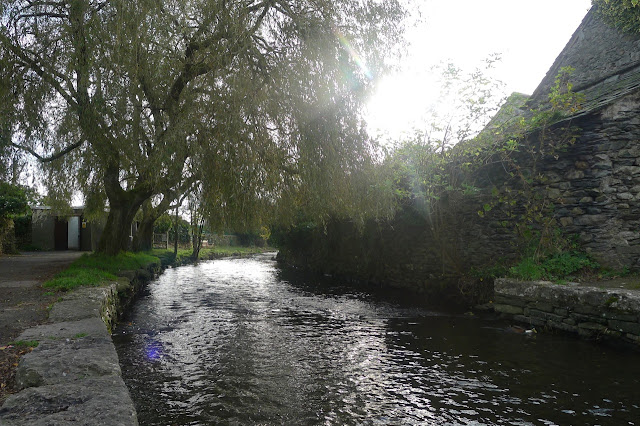 In addition to all this, the Lake District has in excess of 6,000 archaeological sites and monuments, which date from prehistory to WW2, as well as over 1,700 listed buildings and an increasing number of conservation areas. It is also home to the Red Squirrel, nesting Golden Eagles and Ospreys. But, what really makes the Lakeland special for me, are my early memories of family holidays.

Where I grew up, mine and many of the surrounding streets were named after places in The Lakes, for example: Rydal Drive and Heversham, Bowness, Keswick and Windermere Roads. Enjoying going to the actual places accounts for much of my early pleasure of visiting the area. We often toured with a caravan and I fondly recall staying on small farms - helping with the milking, lambing and dry-stone walling; roaming the hillsides and paddling in the many streams. I loved playing on the water; canoeing, sailing and once hiring a cabin cruiser on ‘Lake’ Windermere. 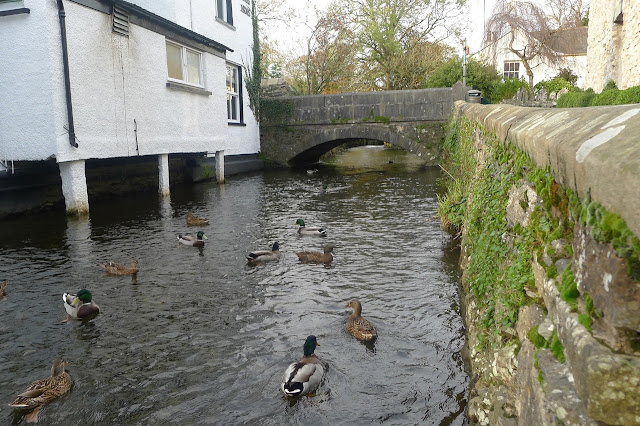 Since relocating to the North West, I have rediscovered my love for The Lakes. My brother-in-law and I often seek out the quieter routes up the mountains and relish the unusual walker’s tradition of a Sushi platter followed by Butterscotch Green & Blacks, when we get to the top. (Well, for me it’s about the food - for my bro-in-law it’s more about the views!)

About thirty minutes from the Southern most tip of Windermere and a stones through from the cockle full Morecambe Bay, sits the picturesque medieval village of Cartmel. 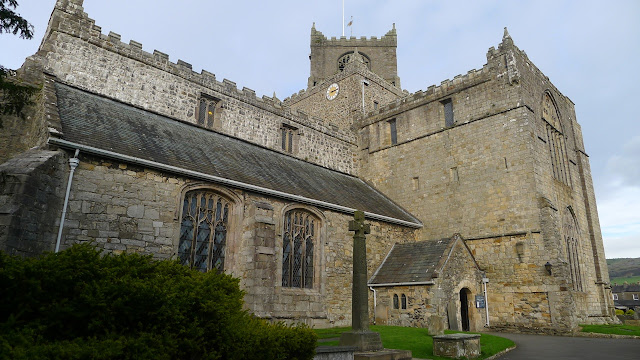 Cartmel is celebrated for a number of reasons: its religious history can be traced to the year 677; the inviolable Cartmel Priory dates back to the time of the Richard The Lionheart and the Crusades. The imposing arched Gatehouse was added in 1330, the birth year of Edward, the Black Prince and around the time of the beginning of the Ottoman Empire. 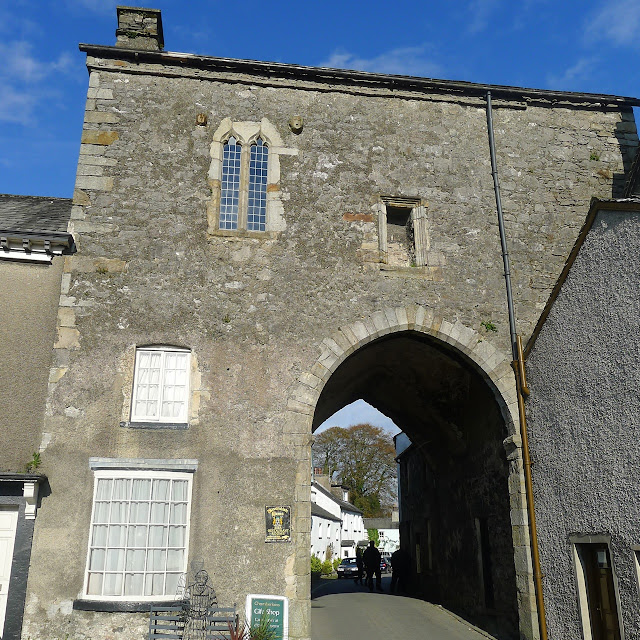 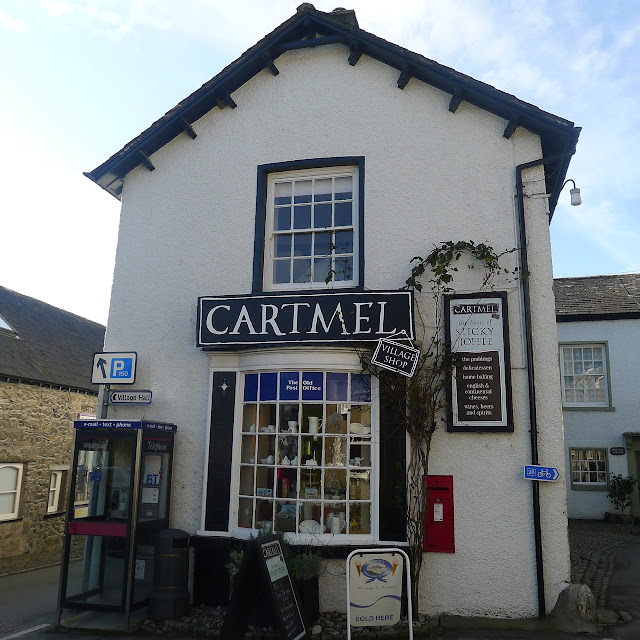 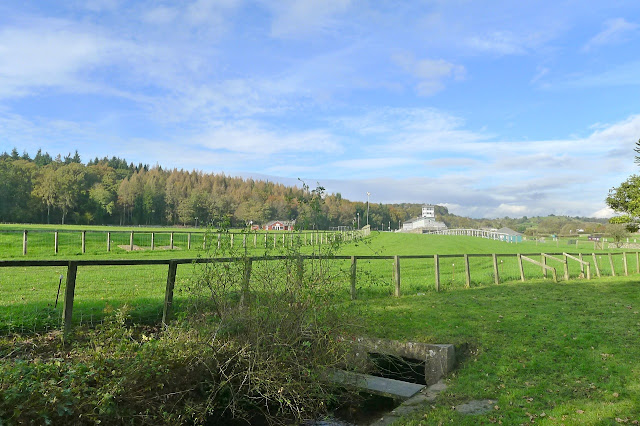 Overlooked by the Gatehouse, for centuries, life in the village has centered round the Market Cross. The old water pump and fish slabs still exists and is an ideal spot for a photo as in the background you can see the ‘The Home of Sticky Toffee Pudding’ aka the Cartmel Village Shop and the famous Cartmel Racecourse. 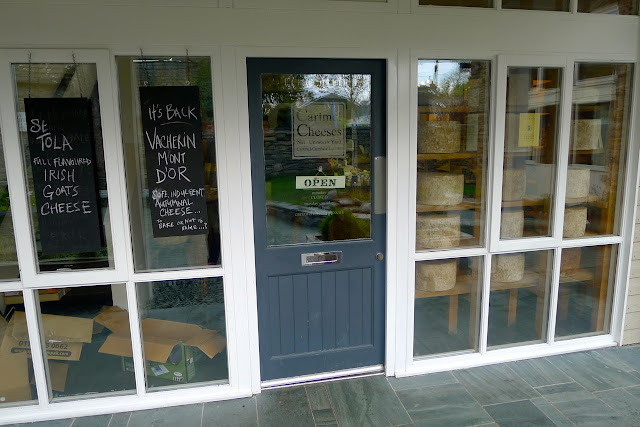 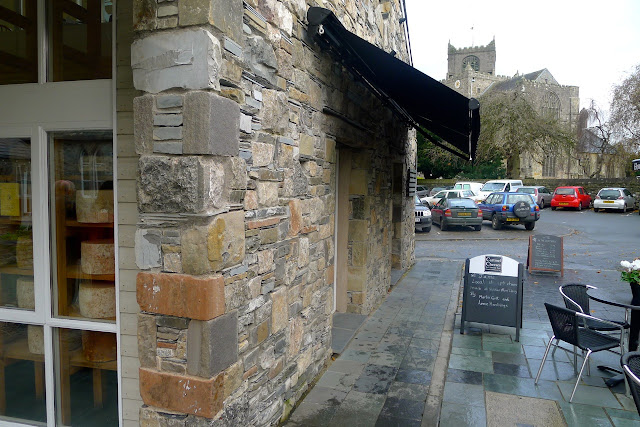 For centuries, Cartmel’s many inns and coaching houses have fed villagers and travellers alike. More recently, Simon Rogan’s Michelin starred L’Enclume has brought visitors such as myself to the area. Recently, with the opening of Cartmel Cheeses and The Bread Shed Bakery, the village has enhanced its reputation as a foodie mecca. Our recent lunch at Simon’s ‘second restaurant’ Rogan & Company was worth the journey alone. 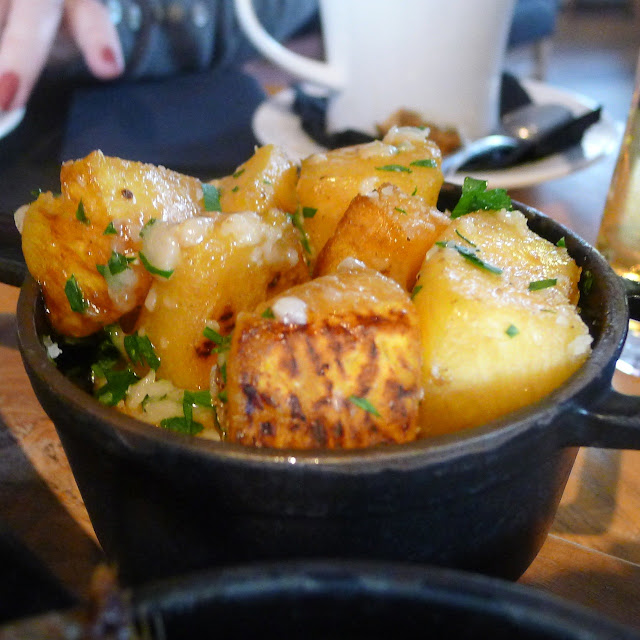 Our table booked at L’Enclume was for 19:30 so we were conscious of not having too much and spoiling our appetites. Therefore, we decided to just order some nibbles – we ended up ordering one of each dish on the ‘Nibbles’ menu (as well as a couple of sides of Triple Cooked Chips and Roast Pumpkin.) 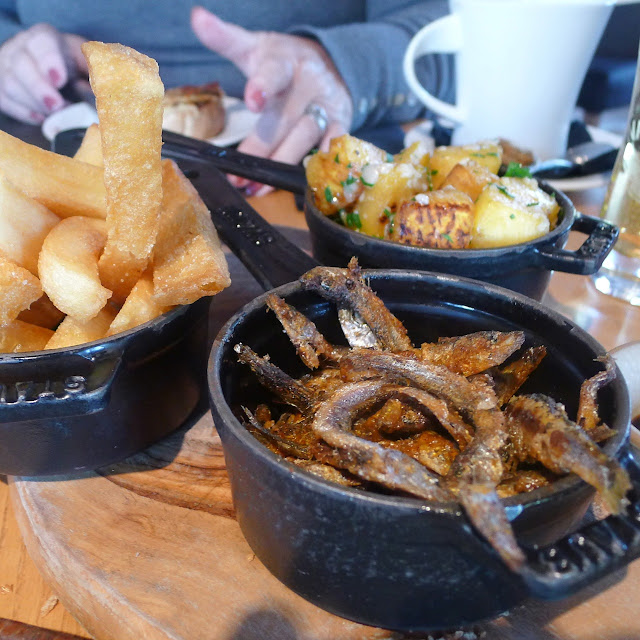 Much of the food arrived in dinky Staub cast iron saucepans - one of the first to arrive was (my dad’s favourite dish) the Spiced Whitebait. 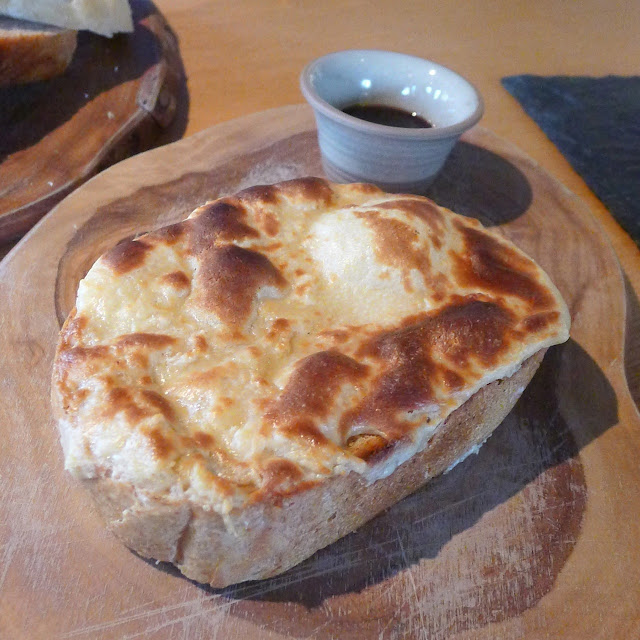 Other dishes were presented on rustic wooden boards, such as the delicious, Rarebit with Mrs Kirkham’s Lancashire Cheese and Worcestershire Sauce. 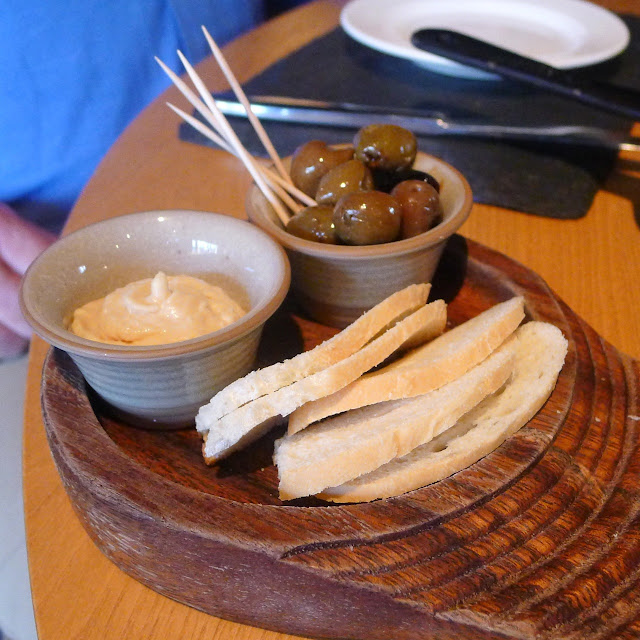 Marinated Olives, Hummus and Croutes - My parents, who (along with my wife) were my dining companions, run an olive farm near Antequera in Spain, and while these olives did not wow, they were certainly tasty enough. The same can be said for the hummus and croutes. 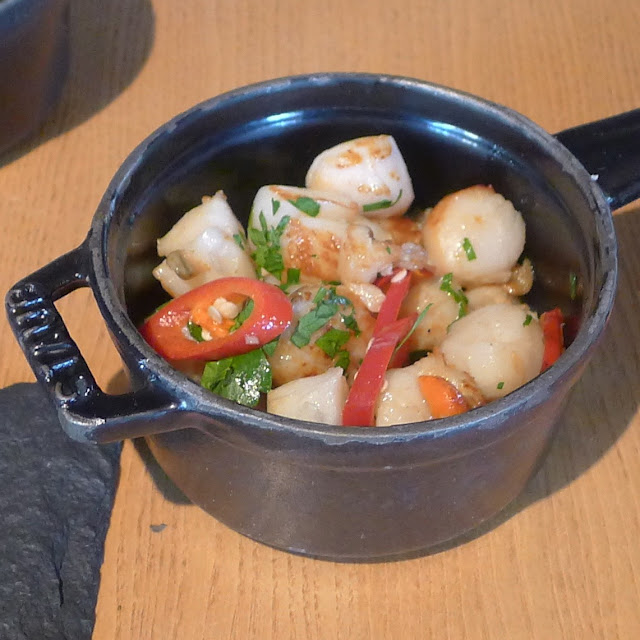 My wife’s favourite, the perfectly cooked Queen Scallops with Garlic and Chilli. 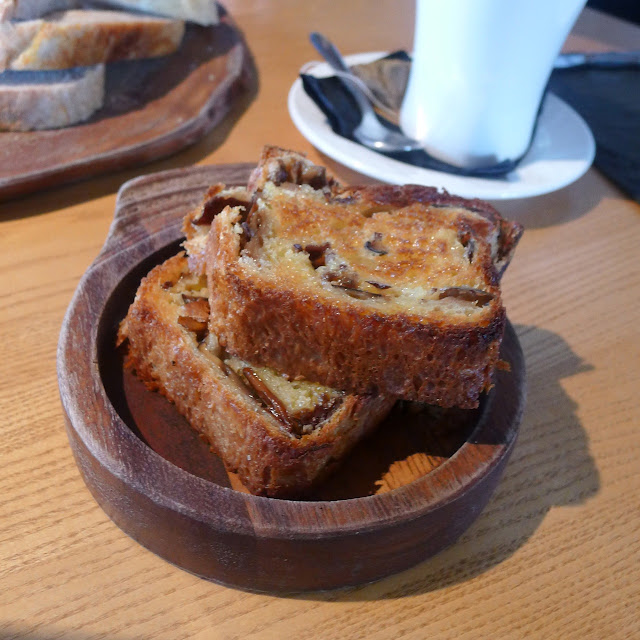 My favourite, the Garlic Mushroom Brioche – the best brioche (maybe even the best bread) that I’ve had since The Ledbury’s Bacon and Onion Brioche. So good, I ordered a second portion! 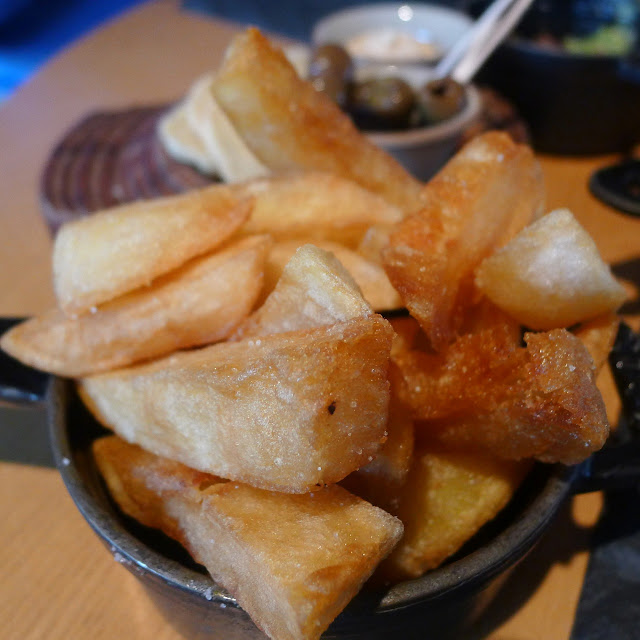 The Triple Cooked Chips were also worthy of ordering a second portion… then a third – perfectly crisp on the outside with fluffy centres. 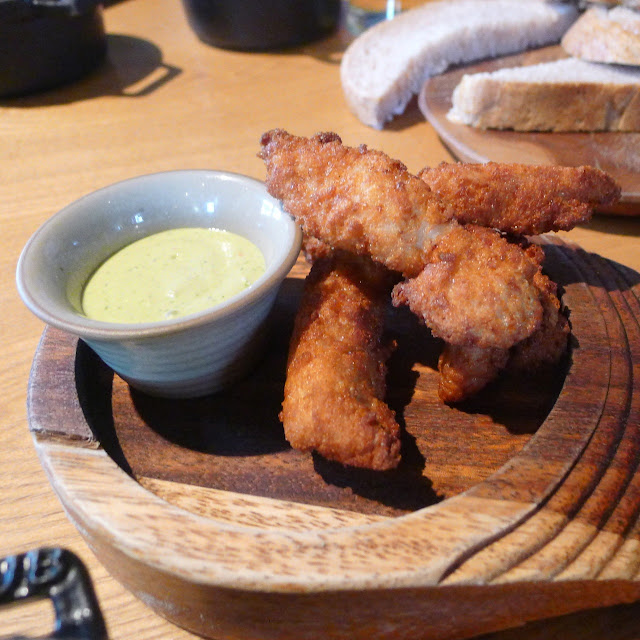 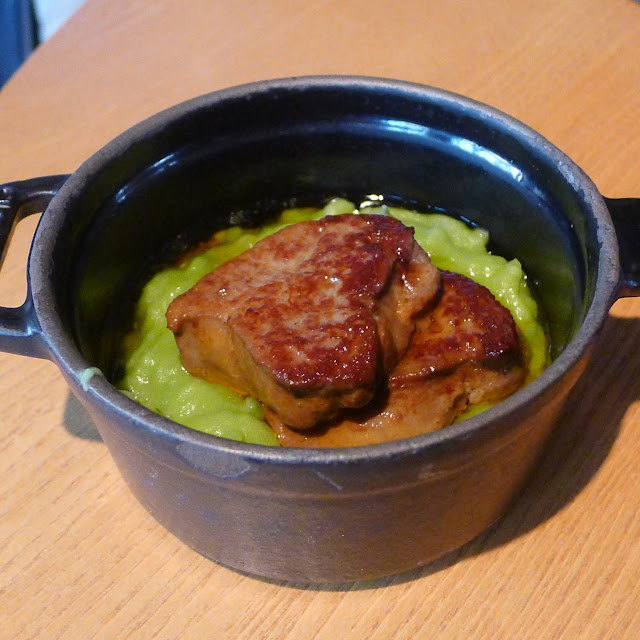 How do you make mushy peas worthy? Simple answer; serve them with foie gras - the indulgent, Foie Gras and Mushy Peas. 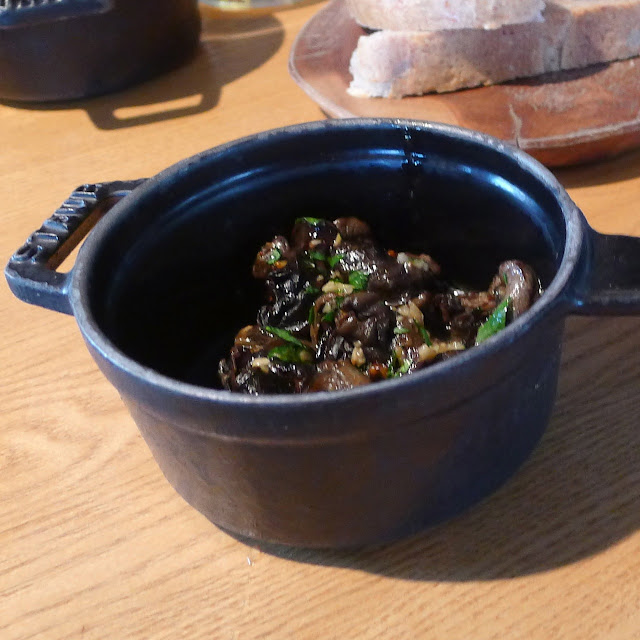 Perhaps, a great way for Simon to keep the snails off of the crops in his new, much larger farm in the Cartmel Valley is to serve them up in his restaurants? However they were sourced, the Garlic and Parsley Snails were a delight – having slithered and slathered a few of the meltingly tender molluscs onto the Garlic Mushroom Brioche, I was in a garlicky Gallic Eden! 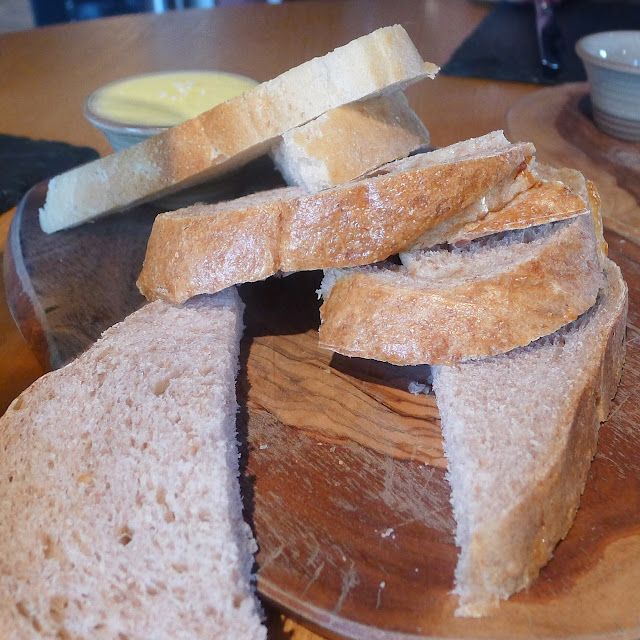 We also ordered a Selection of Breads and some Bread and Dripping – beautifully fresh and very tasty. 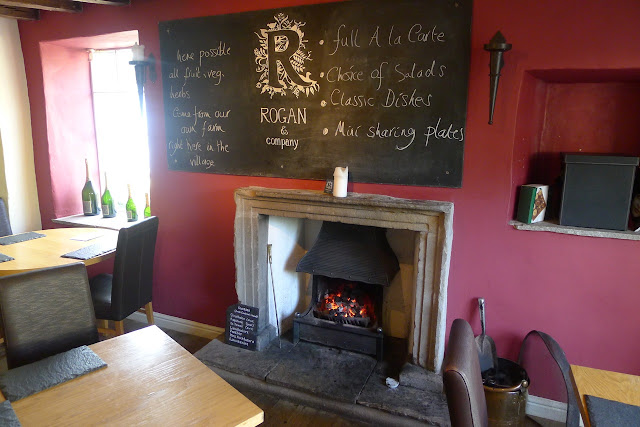 Now, do you want the good news or the bad news?

Bad news is that if, inspired by my post, you want to do so quickly as the restaurant and bar will soon cease trading…

The good news however, being that once the building has been revamped, they will reopen under a different name and serve some of the fabled favourites from L’Enclume, such as 'Egg drop hot-and-sour soup', which will come complete with a noodle-loaded syringe!

One thing’s for sure, when the new “Rogan’s” opens – I’ll definitely be making the journey up the M6 to The Lakes and Cartmel!