If you were to ask me for my favourite Chinese restaurant in the UK, my mind would flash with images of Manchester Chinatown’s Mei Dim or the ‘newly discovered’ Shi Wei Xian in Salford, or conversely Manchester Seafood in Birmingham. It would surely then jump to the Michelin starred delights of HKK, Hakkasan and Yauatcha in the capital… but, I’m pretty sure, I’d eventually settle on A.Wong.

Despite this claim, I’m ashamed to reveal that, up until this recent visit, I’d only eaten at A.Wong once (back in 2013). Since then I have recommended the place to loads of people but not returned myself – every time I returned to London, I’ve thought about working a trip out to Victoria onto my itinerary but always ended up promising myself, ‘next time’.

As soon as we pulled up outside, I kicked myself for not getting back sooner. Despite having a booking for noon, I made sure we arrived extra early in the hope of bagging the two stools that overlook the pass and open kitchen – the Chef’s Table. We were in luck. 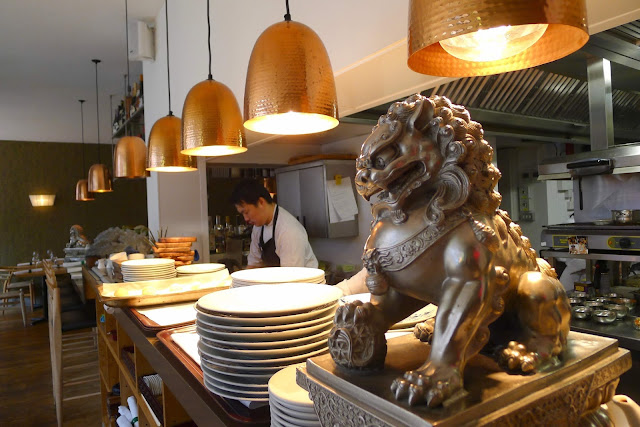 The food was every bit as good as last time, better in fact. Favourites from before were still on the menu, including the ‘Clear shrimp dumpling, sweet chilli sauce, citrus foam’, ‘Yunnan mushroom, pork & truffle dumpling’ and ‘Deep fried prawn ball with abalone & chilli vinaigrette’. Each of these were still a total joy. 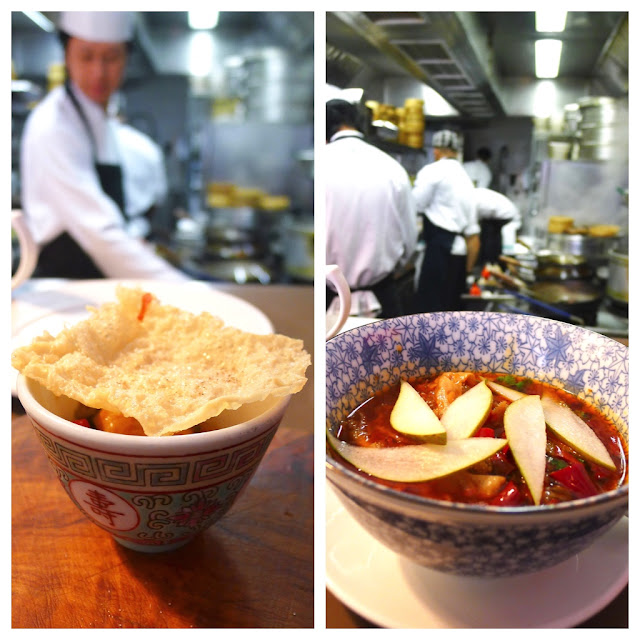 The pick of the new (to me) dishes were the ‘Gai lan and poached egg steamed rice roll’ ‘Won ton with garlic, chilli oil & crispy bean curd’ and ‘Mouth numbing beef offal with coriander & pear’. The latter being a riotous melee of fiery red chilies, served in a searing hot chilli oil with superbly springy ribbons of beef tripe. 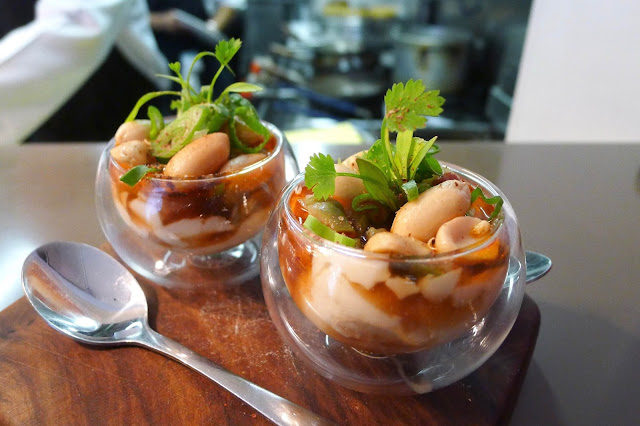 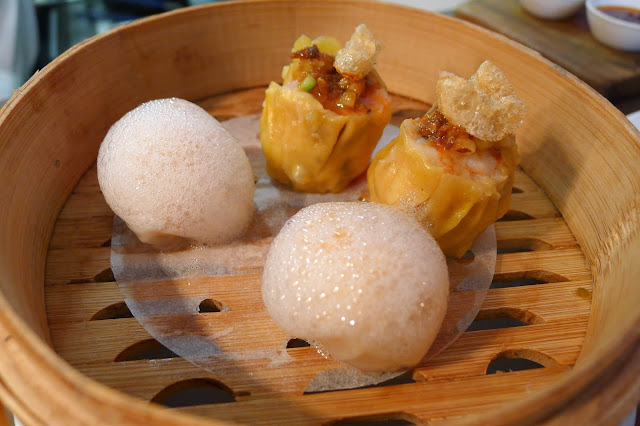 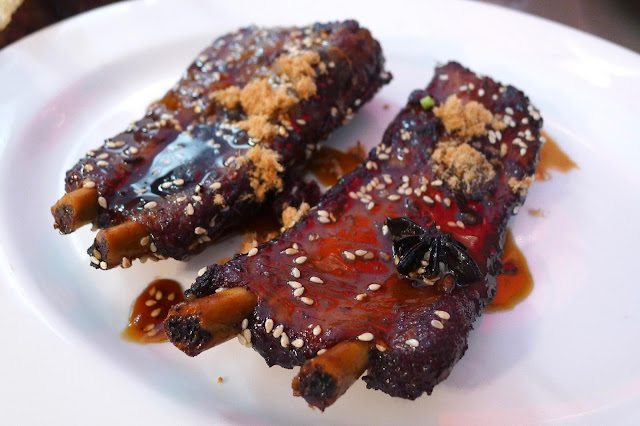 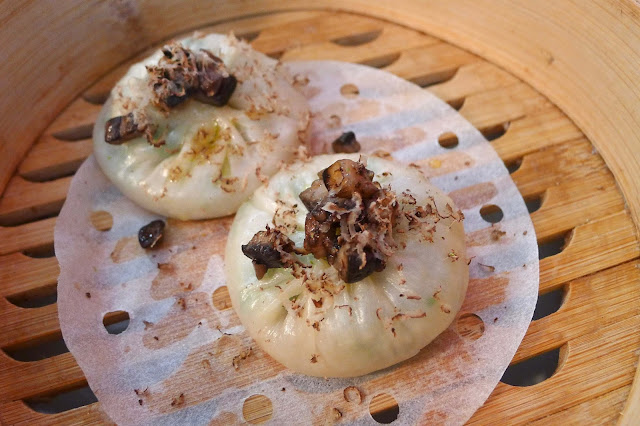 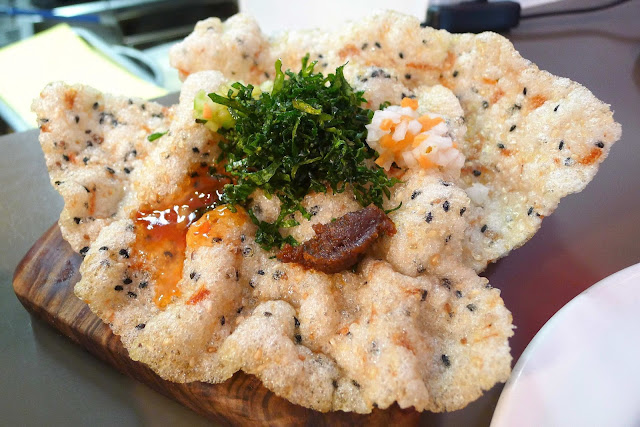 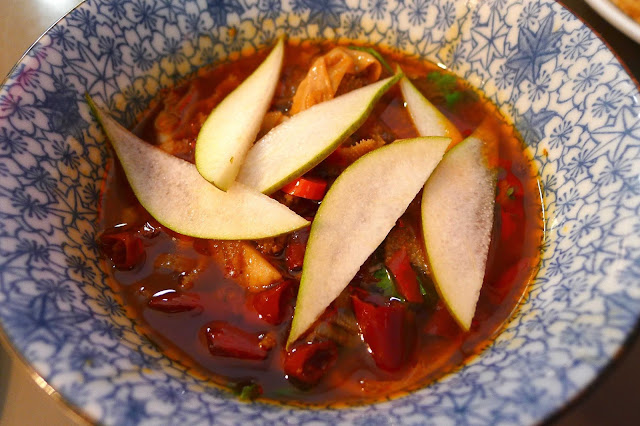 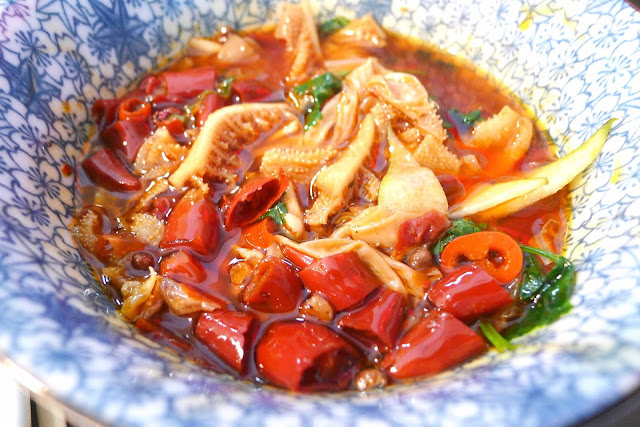 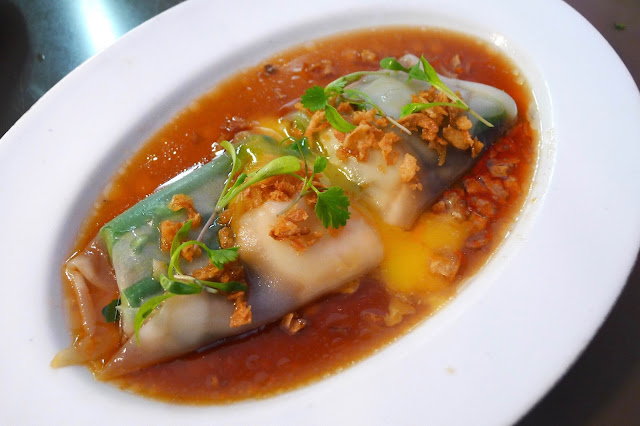 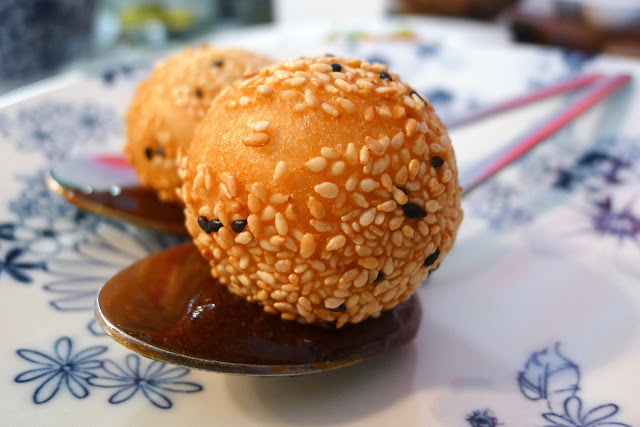 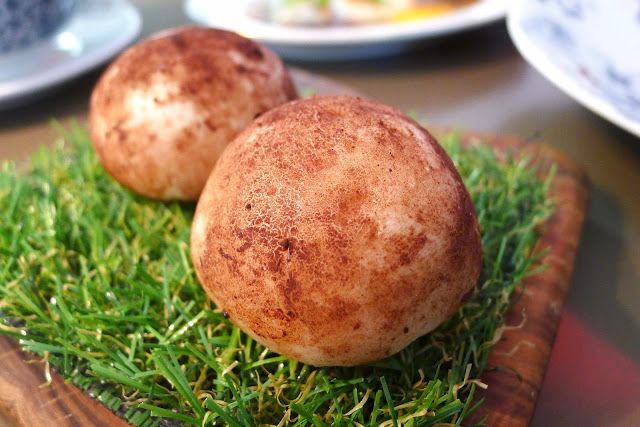 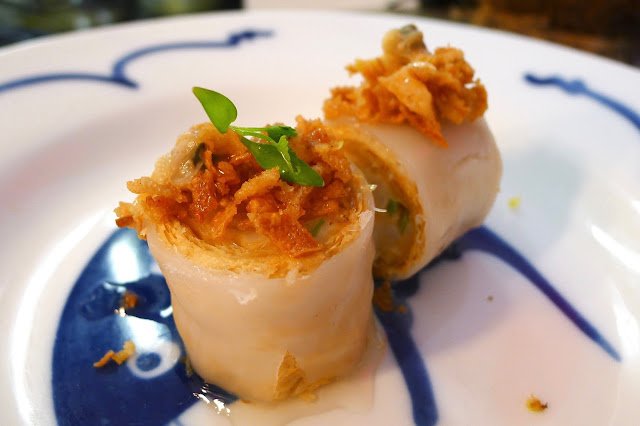 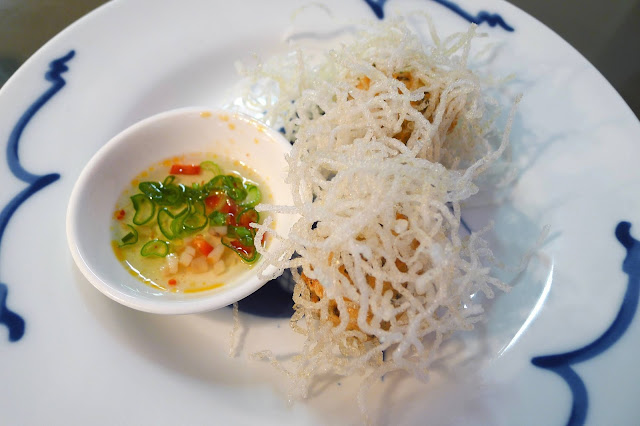 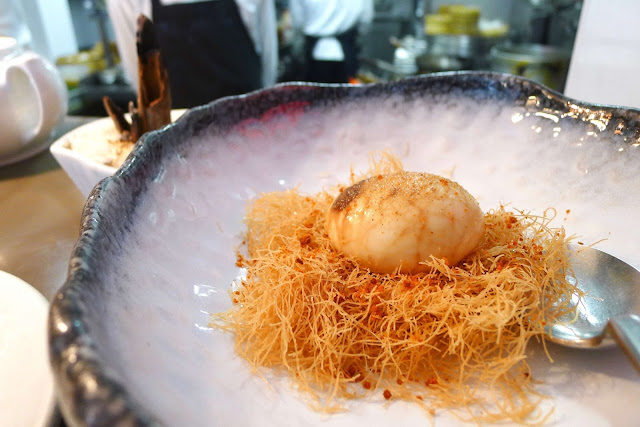 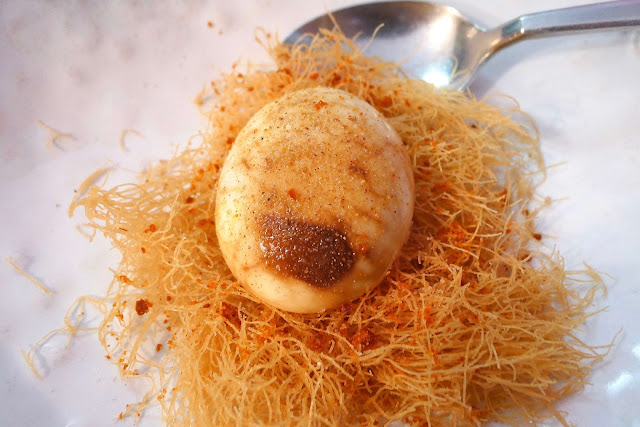 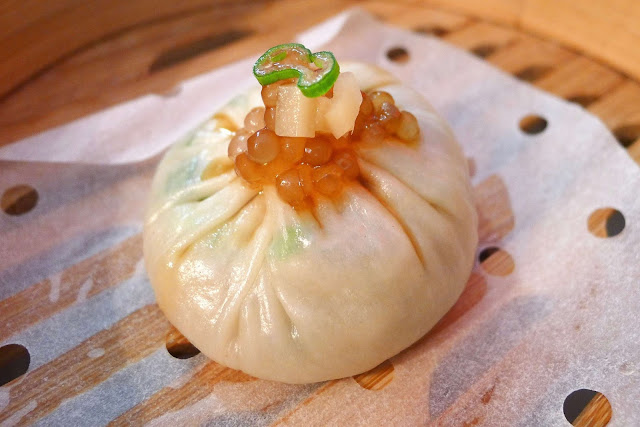 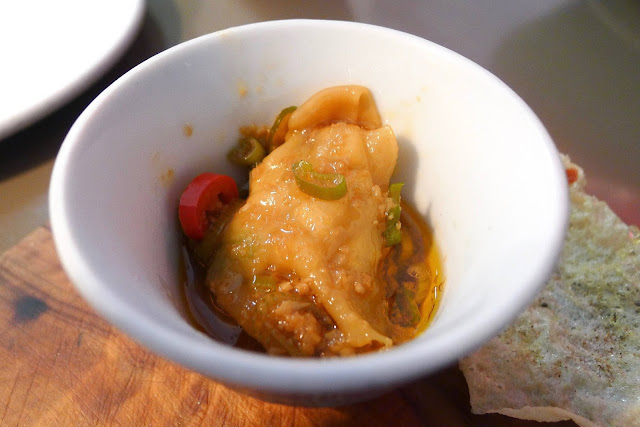