Last night and for the next ten weekends (Fridays & Saturdays), the good people of Beat Street, who brought us #FridayFoodFight at Upper Campfield Market, have found a new location to get all #UPINYOURGRILL. 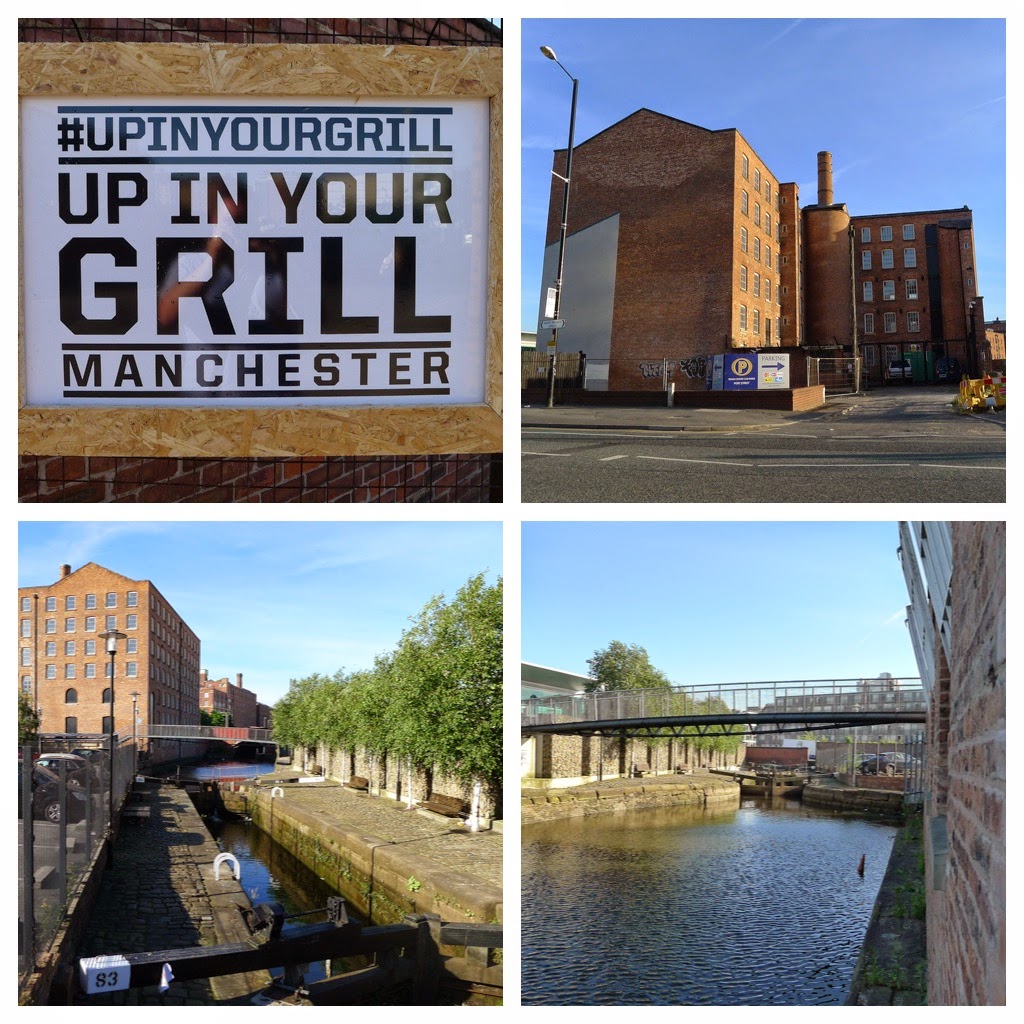 From the wonderful canal side location of Brownsfield Mill in Manchester’s Northern Quarter, they’ll be bringing the same top mix of DJ’s and “street food” food with the added bonus of summertime “Block Party” vibes. 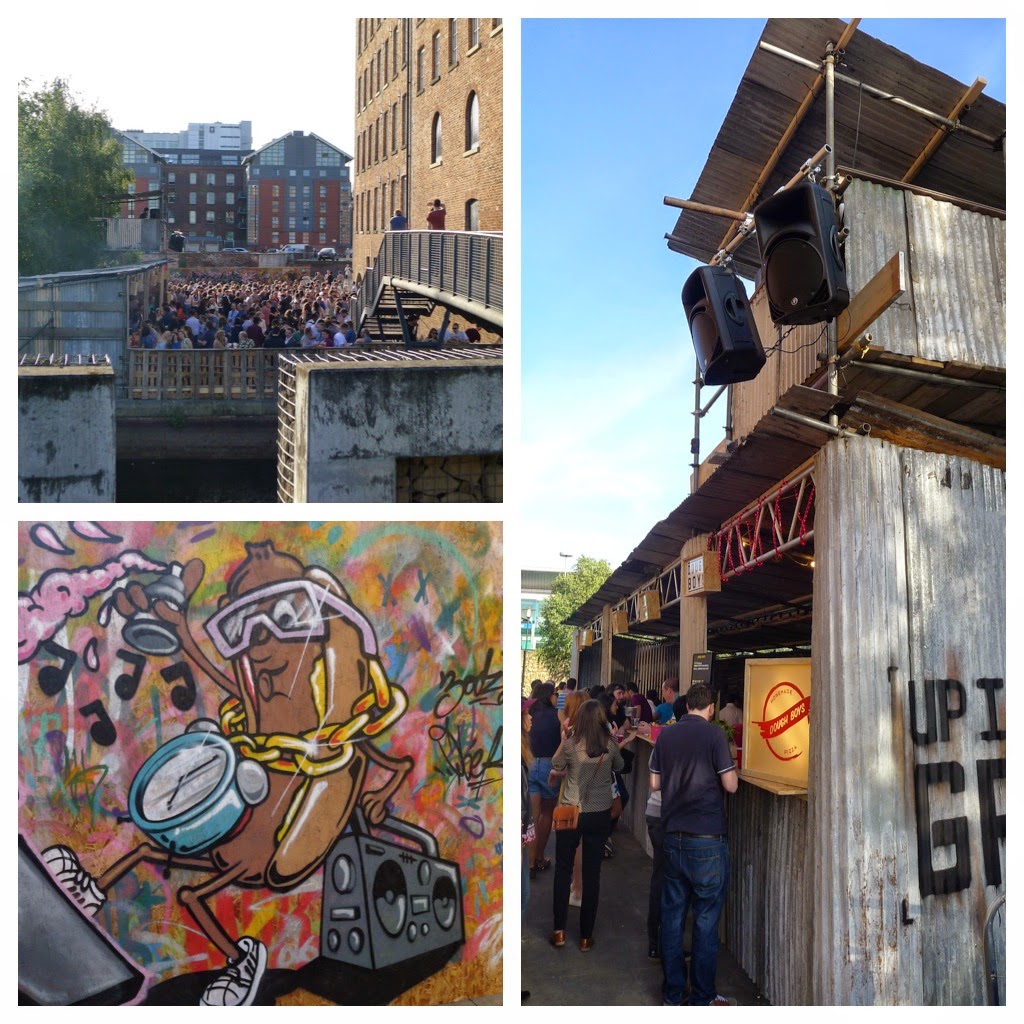 On trend restaurants these days always go for ‘industrial’ décor, so the Grade II listed former cotton mill, built in 1825, and one time home home to the AVRO Aircraft company, is an ideal food and drink setting. Oozing with historical character and with large outdoor and indoor spaces all that’s been added is a shanty town style corrugated food shack, treetop DJ booth and a splash of graffiti. 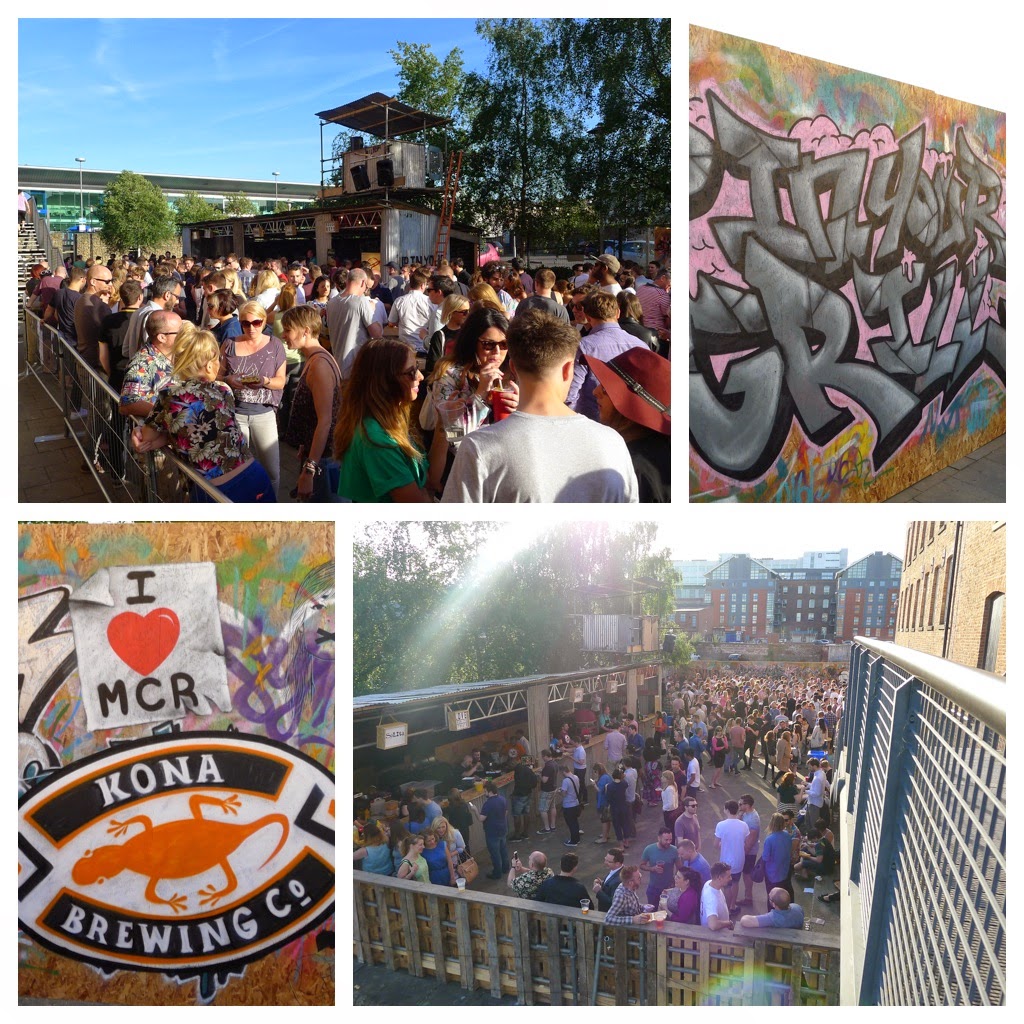 With quality not quantity in mind, there will be around five food offerings each week – last night saw things kick off with a stellar line up featuring the NQ’s own SoLiTa; Rusholme’s finest Mughli; Leeds’ Dough Boys; World BBQ Champion Andy Annat and Manchester’s Love From The Streets. 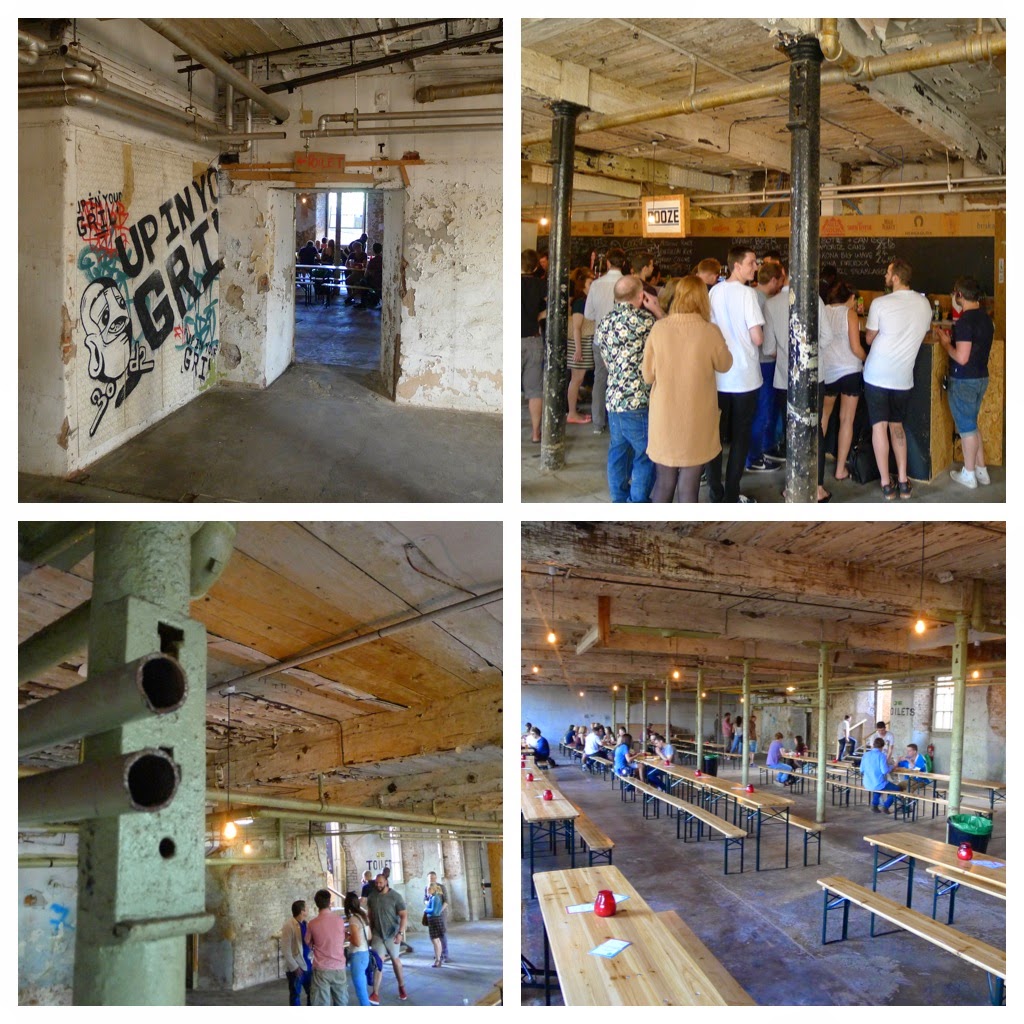 The next few weeks will see these return plus food from the likes of Honest Crust, Diamond Dogs, Mumma Schnitzel and the Hip Hop Chip Shop. Plus exciting debuts from Viet Shack, the cleverly entitled Coq o’ the North and Beef & Pudding. 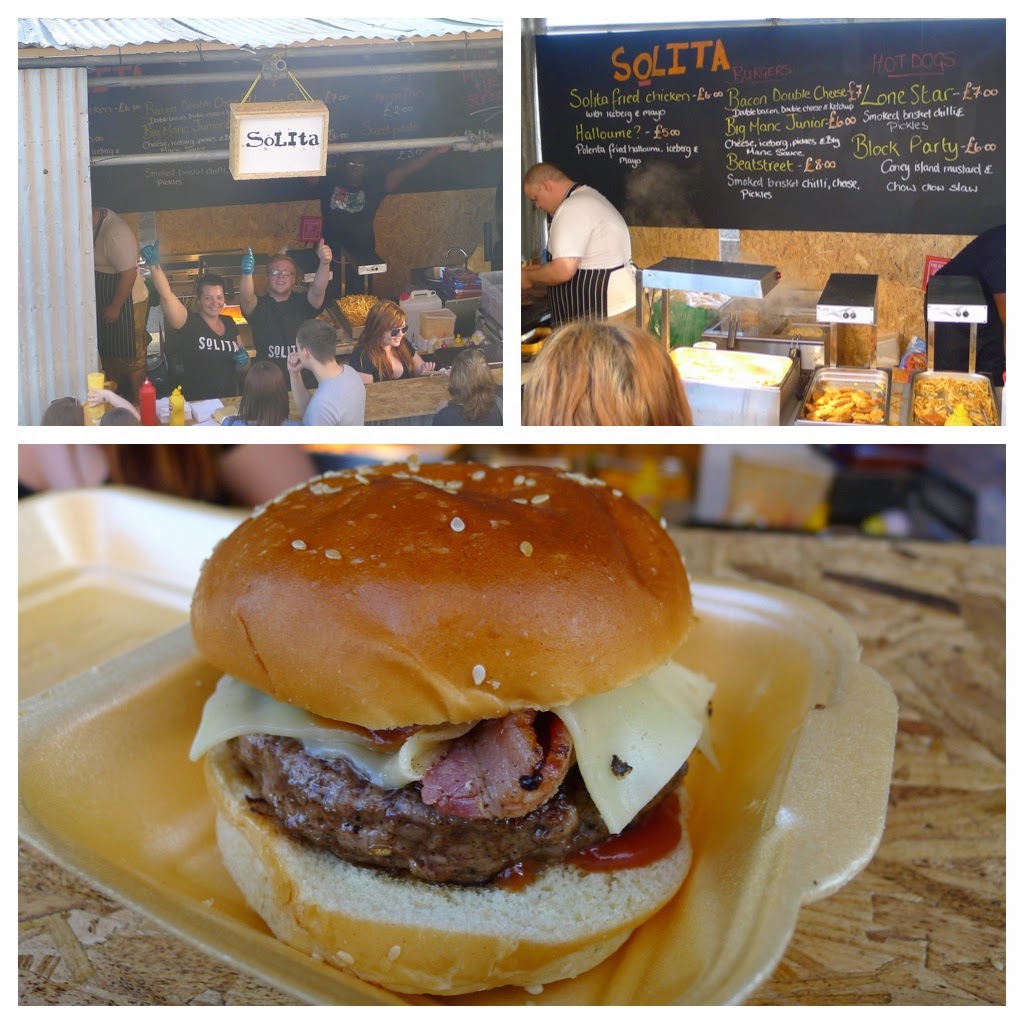 Bacon Double Cheese @ SoLiTa – still the best beef and bone marrow patties in Manchester but admittedly better when cooked at the restaurant in their Inka Grill. 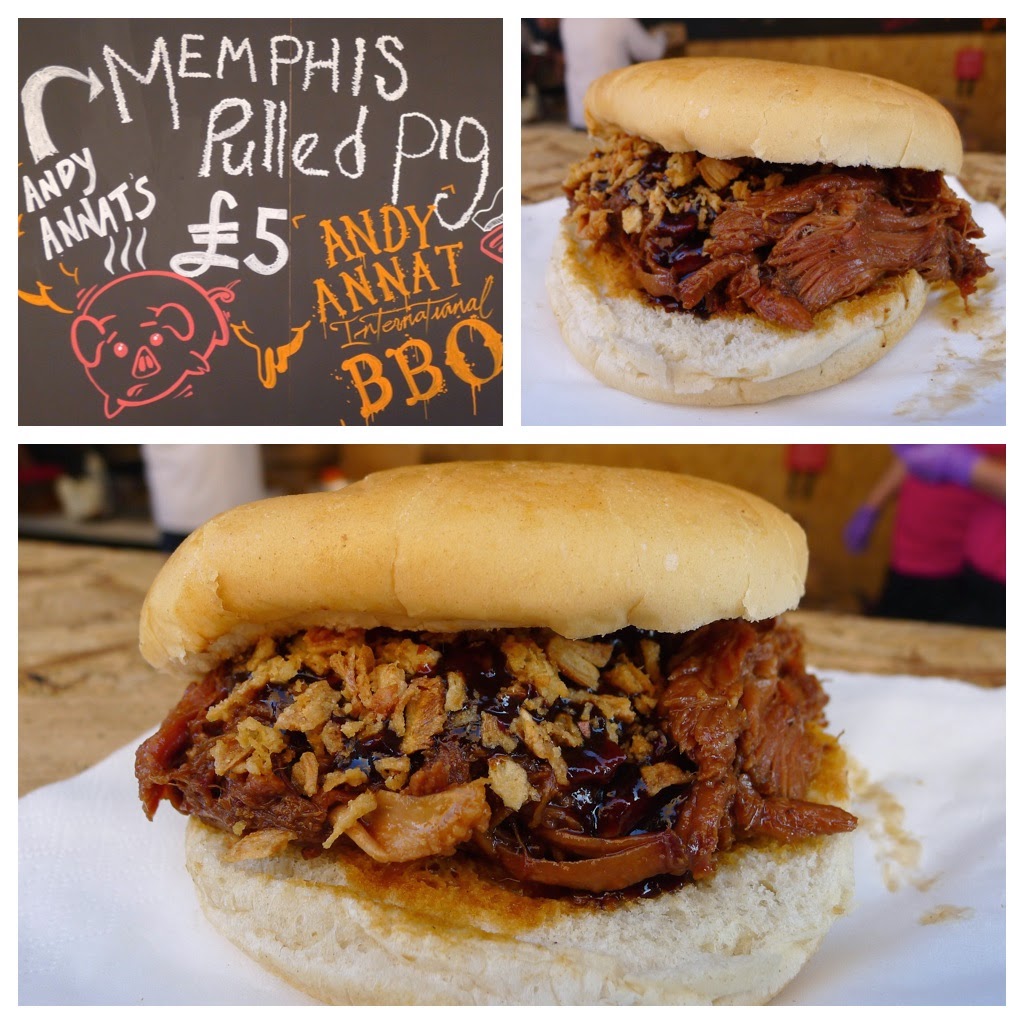 Memphis Pulled Pig @ Andy Annat – the best pulled pork I’ve had in quite some time. Do dry to catch Andy at Grillstock in Albert Square next weekend. 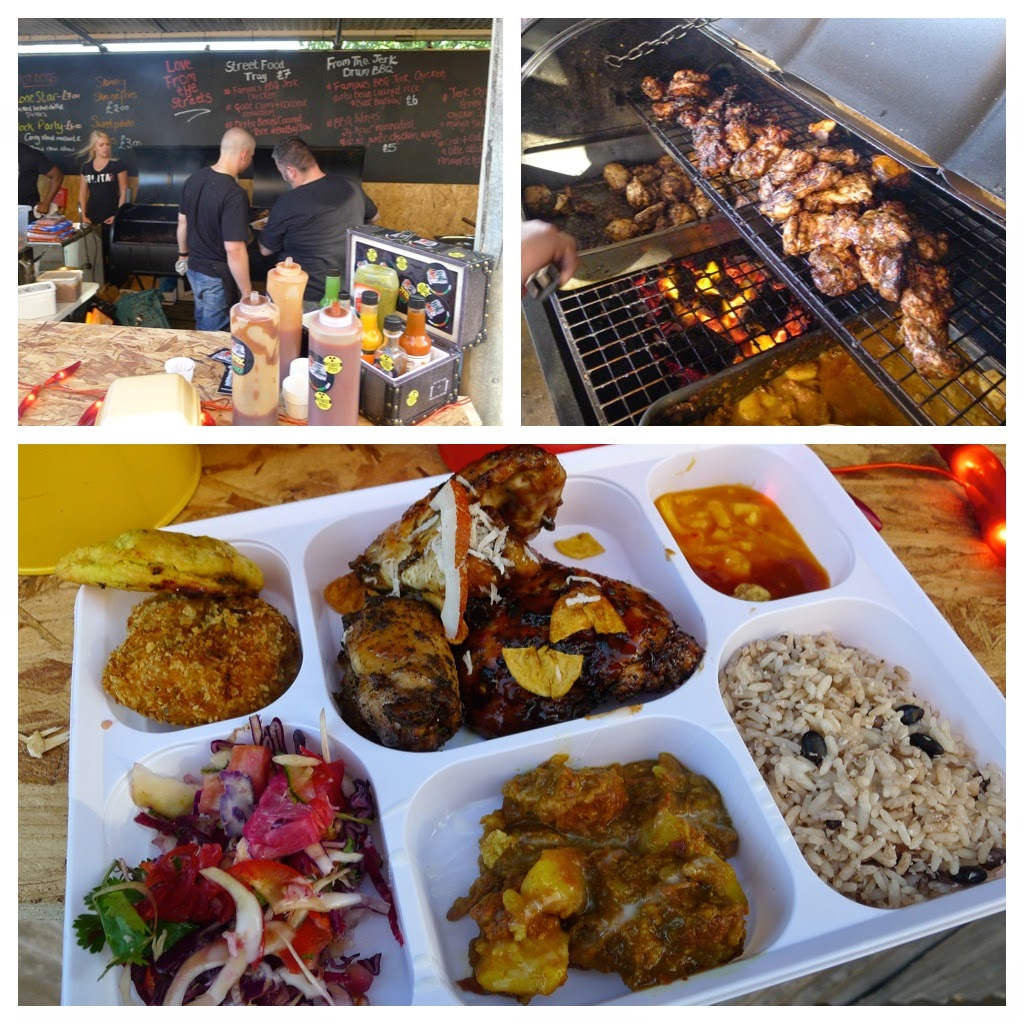 Street Food Tray @ Love From The Streets – I’ve recently written a post detailing where to find the ‘Best Jerk Chicken in Manchester’, on last night’s offerings, Love From The Streets are going to have to be added to that list for sure! Their Curry Goat and Crab & Cod Cakes (with attitude) were winners too! – the best off of the night for me. 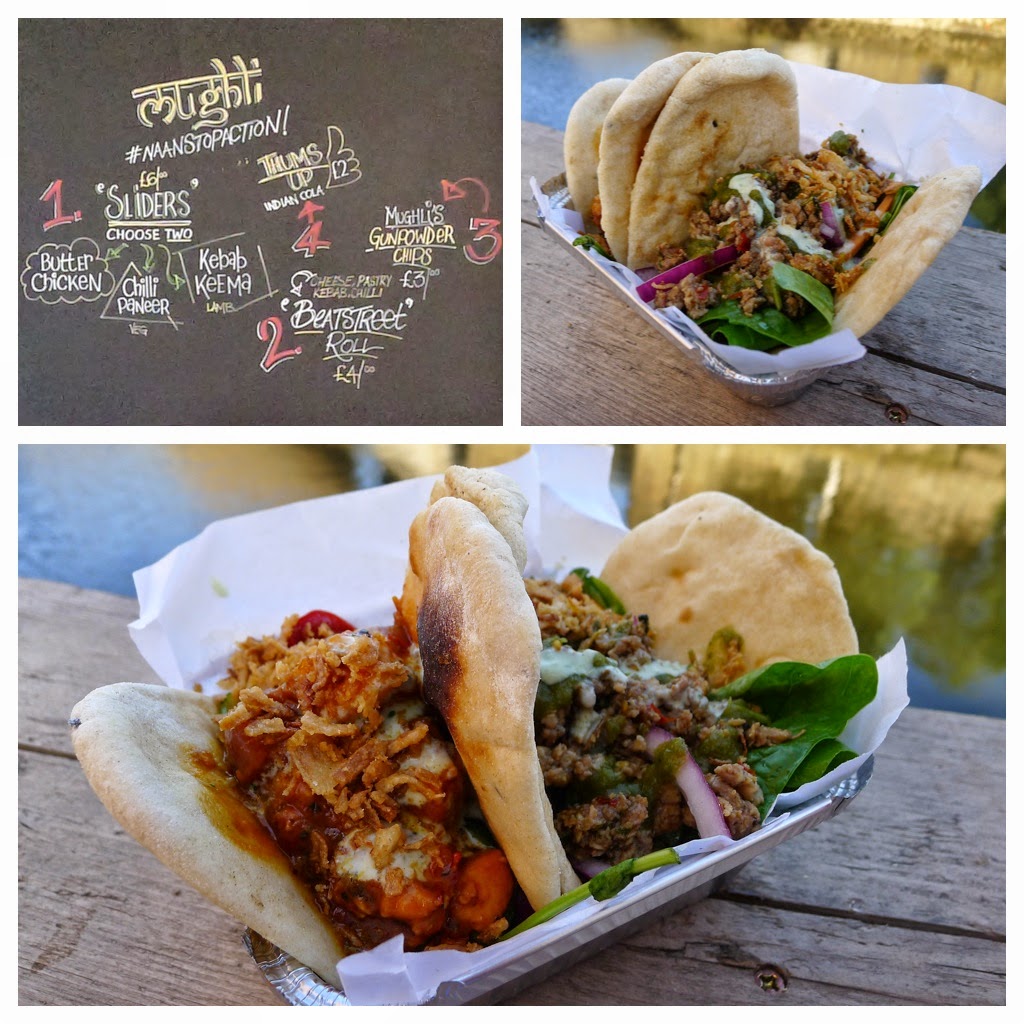 Chilli Paneer & Keema Naan Sliders @ Mughli – the naan sliders are a great idea (they offered Butter Chicken too). The lamb keema was my personal favourite, as I’d have liked a little more of a chilli kick in the paneer. 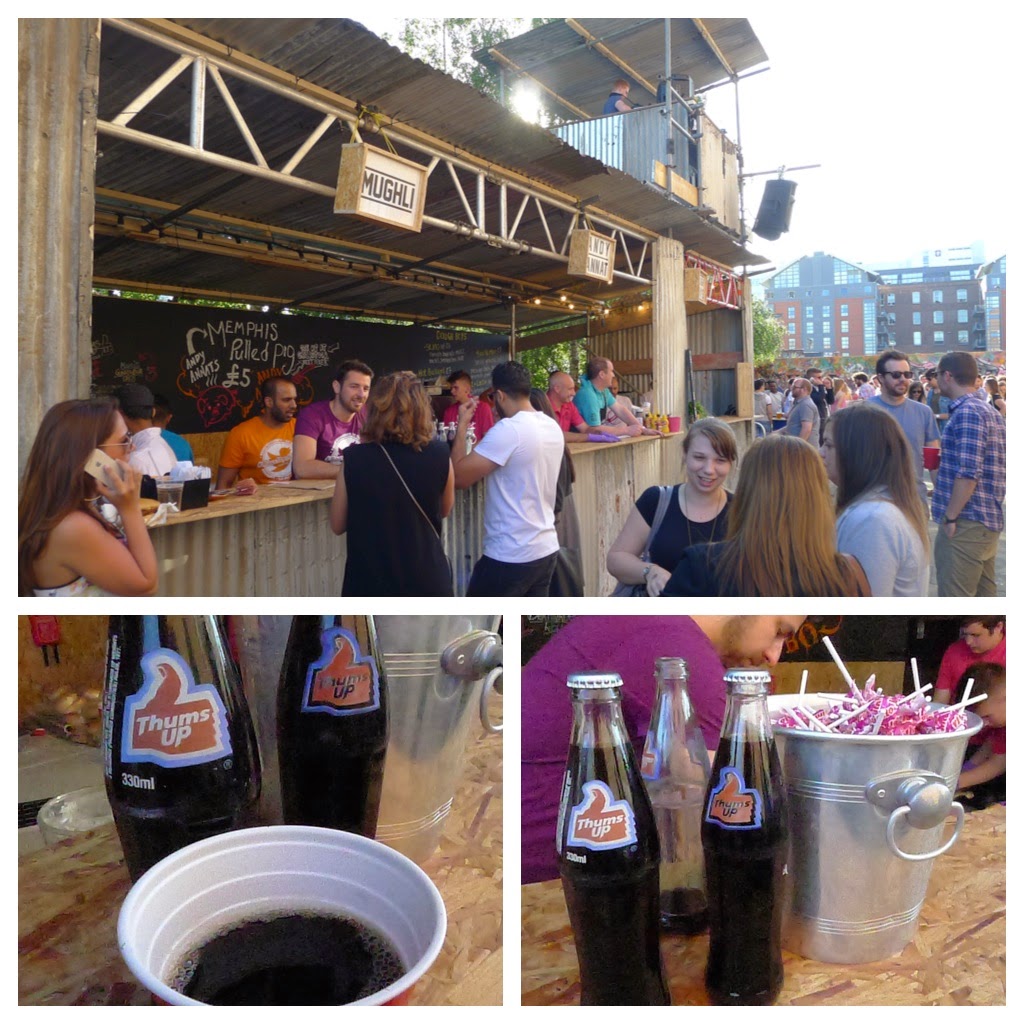 A Thumbs Up to their Indian cola too. 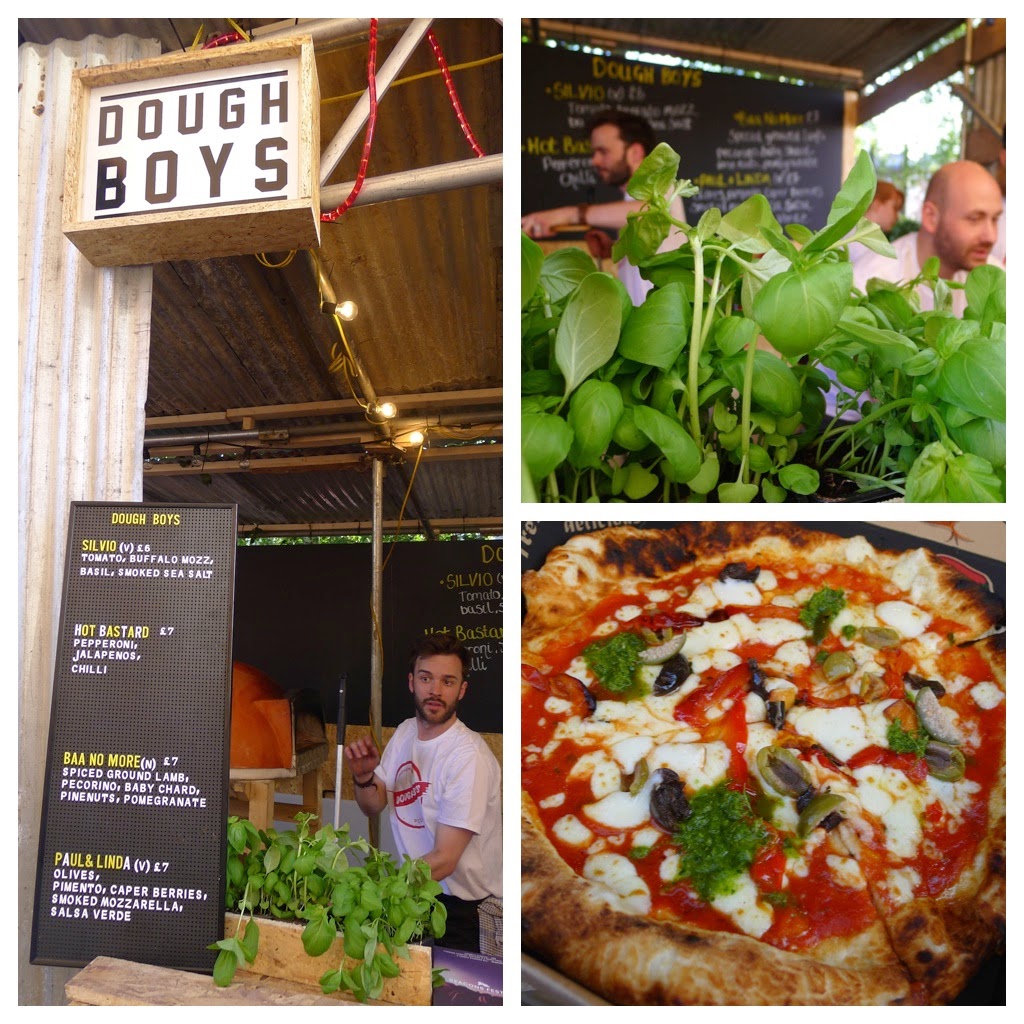 Paul & Linda Pizza @ Dough Boys – olives, pimento, caper berries, smoked mozzarella and salsa verde. I’ve previously had Dough Boy’s pizzas at Parklife; in my opinion they are not quite on par with Honest Crust’s but they are still damn fine.

I thought I’d get this post up quickly as they open on Saturday’s from 2pm to 12am (5pm to 12 on Fridays), so I’ll be heading out for round two and some Viet Shack!

UPDATE: I was passing, it would’ve been rude not to… 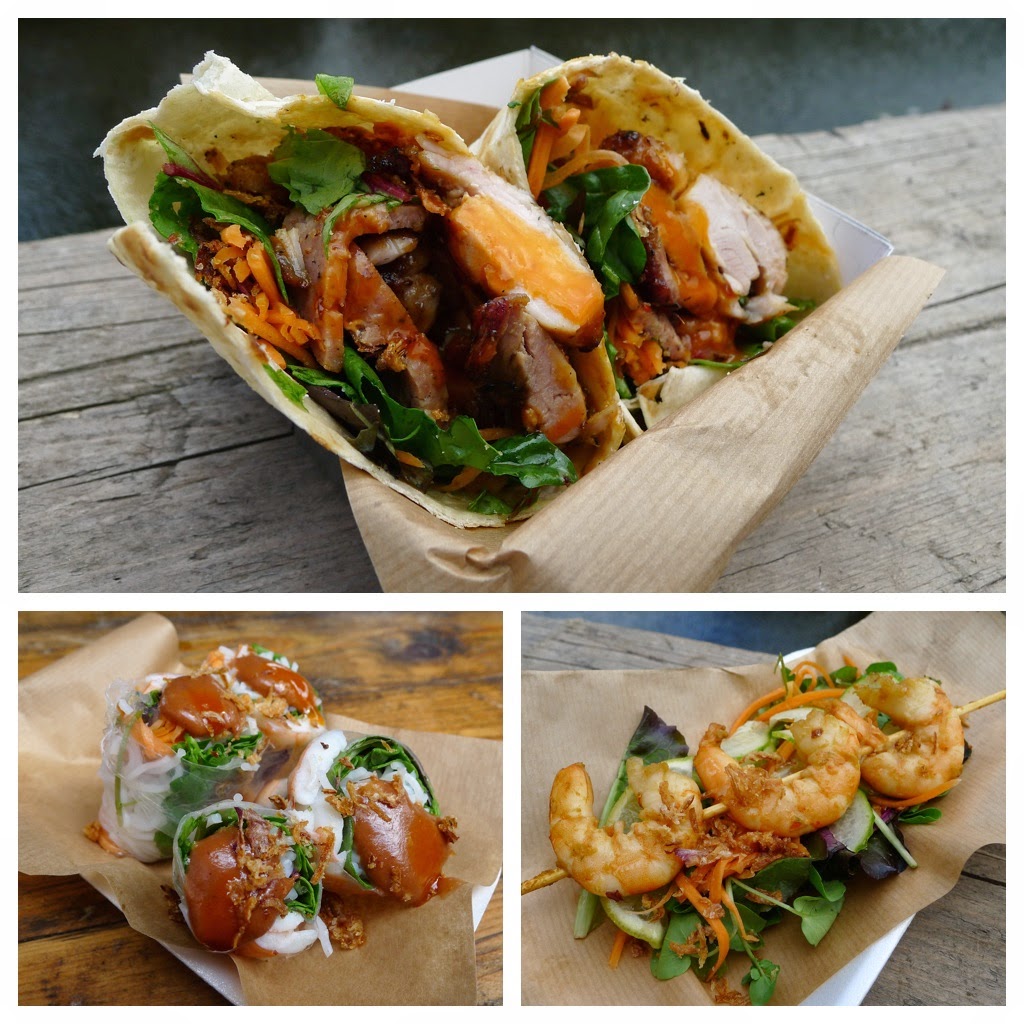 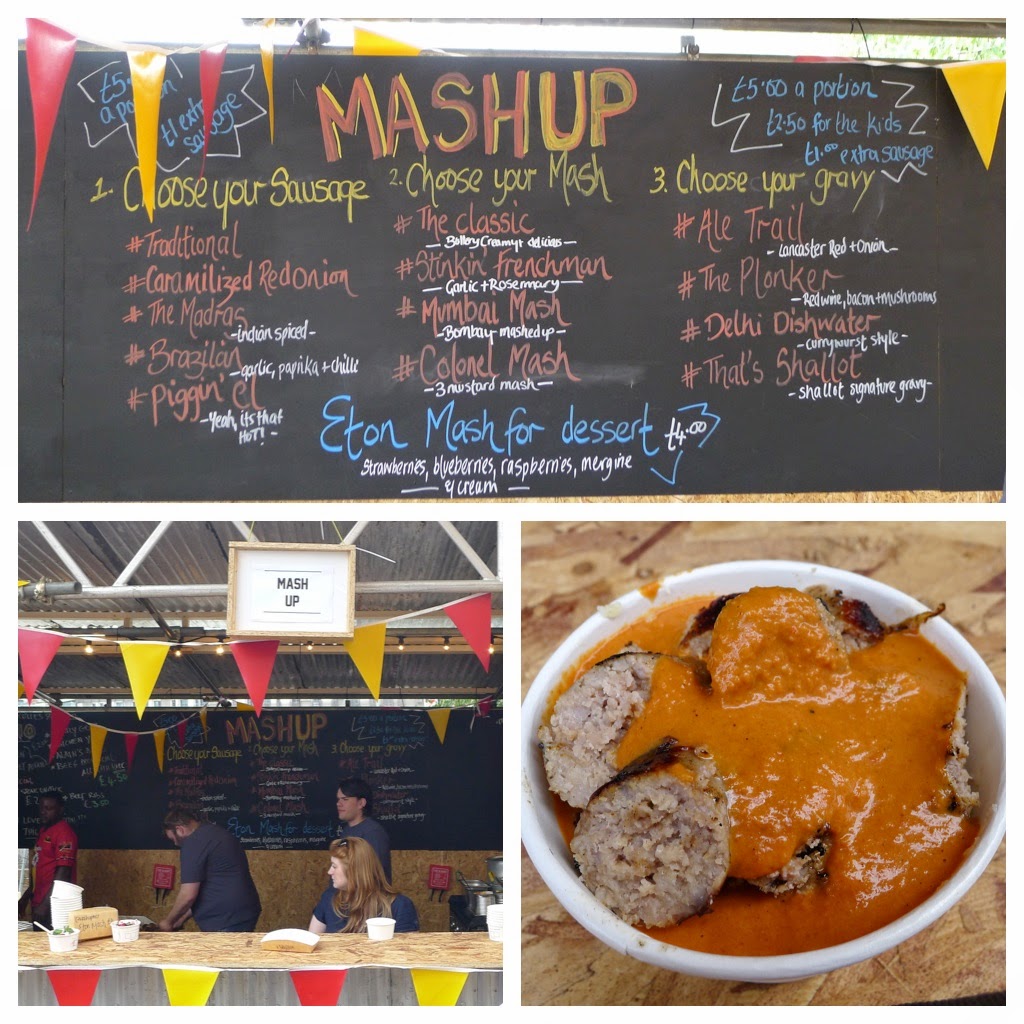 Choose your sausage. Choose your mash. Choose your gravy @ Mash Up – I fancied the currywusrt style ‘Delhi Dishwasher’ gravy so I had the traditional sausage and three mustard mash… a good choice but only when reviewing my pics did I see that I could’ve had an extra sausage for a quid… #fail 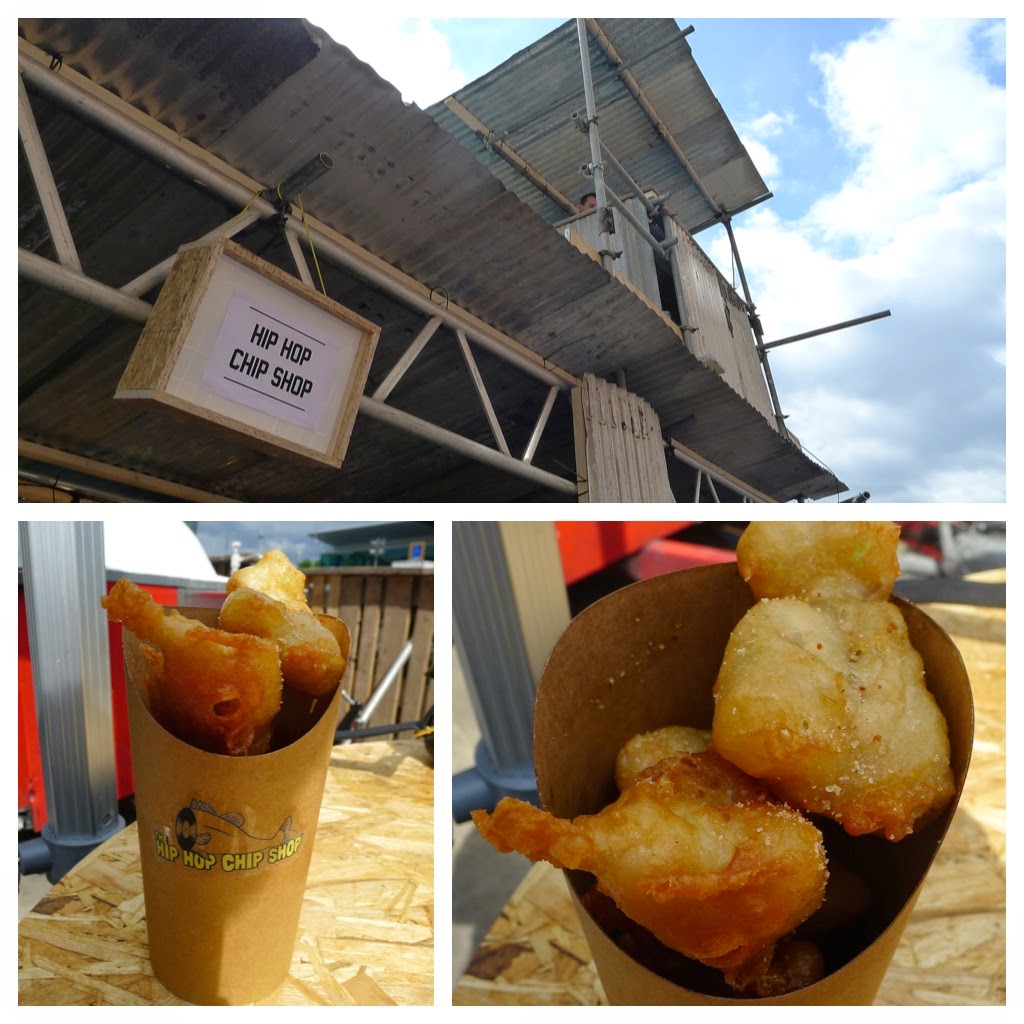 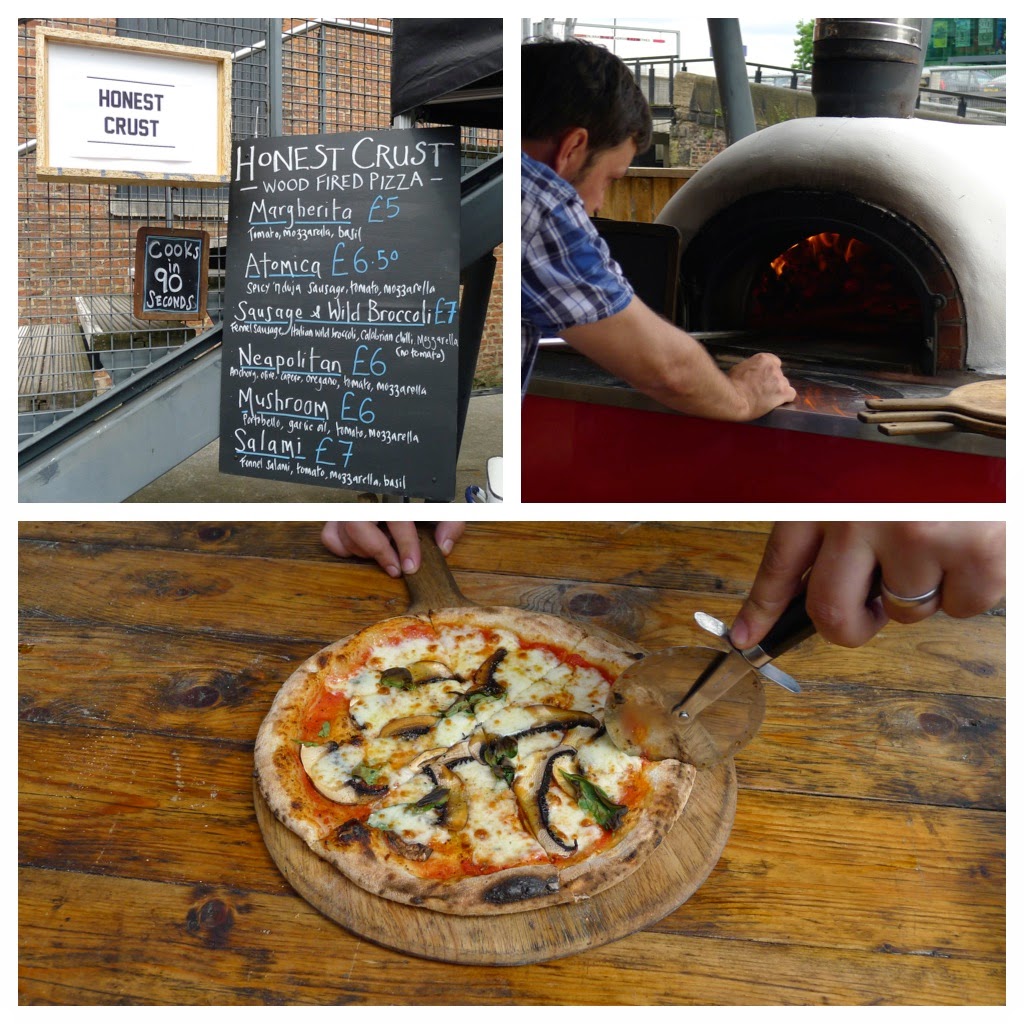 “The Mughli” @ Honest Crust – I happened to bump into Haz from Mughli who had returned today to experience the vibe as a punter. We shared his usual ‘special edition’ – it was good but ‘Nduja laden ‘Atomica’ is still my fave! 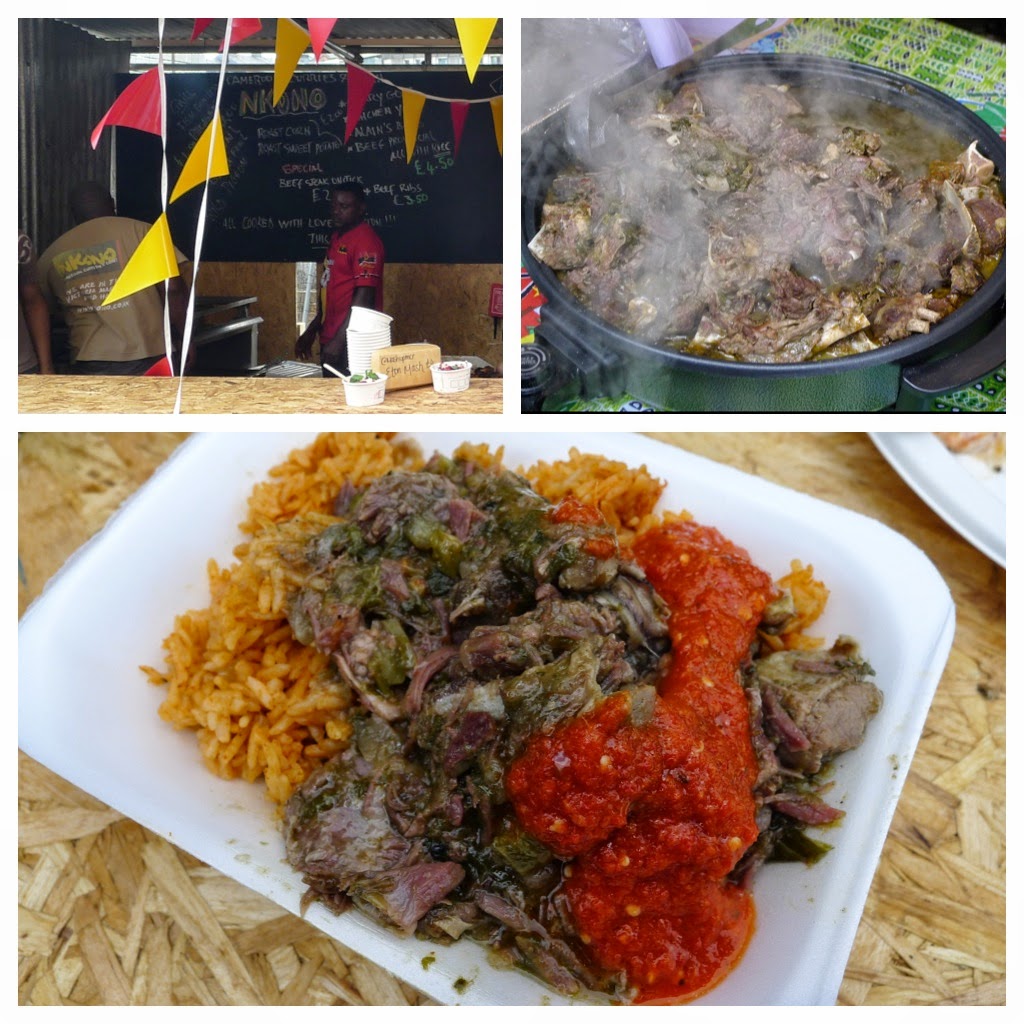 Curry Goat @ Nkono – usually found shouting in Bolton Market, Alain is certainly a lively and bold character with food to match – the chilli sauce is quite potent! 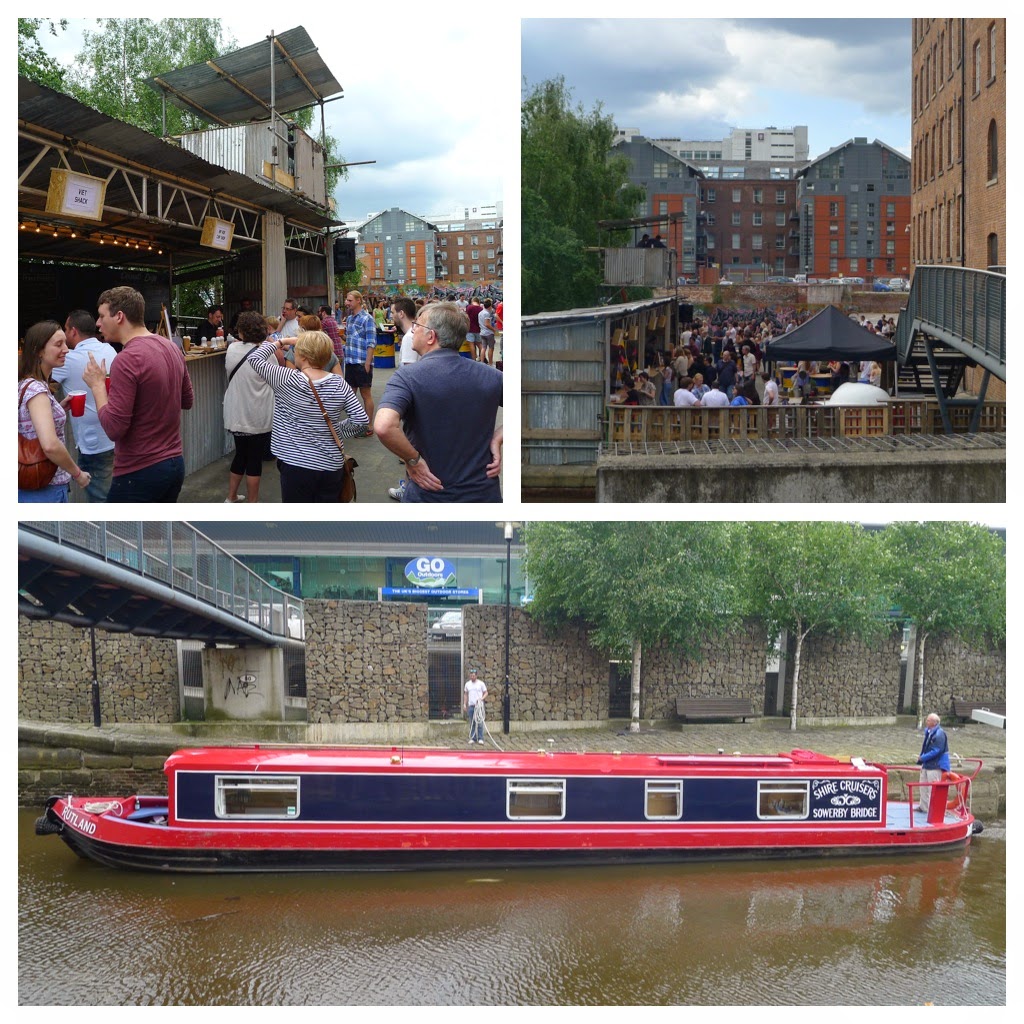